LRT FACTS. Did Dalia Grybauskaitė, Angela Merkel and Theresa May go to the same school? 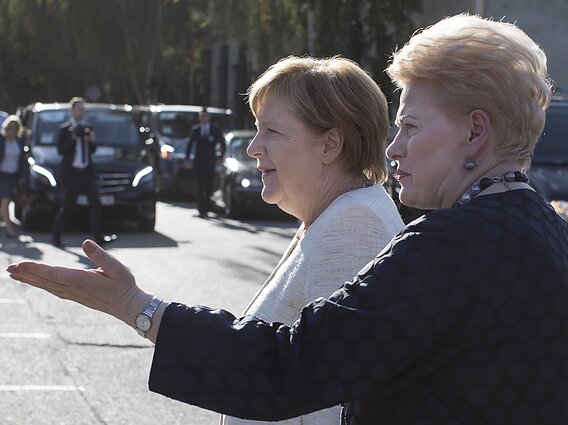 An old photo, allegedly of Lithuania's former president and leaders of Germany and the UK, keeps circulating online, spawning controversies that the three women are part of a global conspiracy.

“That's how things truly are; unfortunately, I couldn't find the article,” wrote the Lithuanian Facebook user who posted the collage, implying that the three leaders had known each other for much longer than one might think.

The image appeared in a Facebook group filled with conspiracy theories about politics and Covid-19.

Other users were quick to spell out “how things truly are”.

“From what I recall, the article said that they were at the same school,” a comment under the post said, while other users shared theories linking Merkel to Adolf Hitler and similar allegations about world leaders. 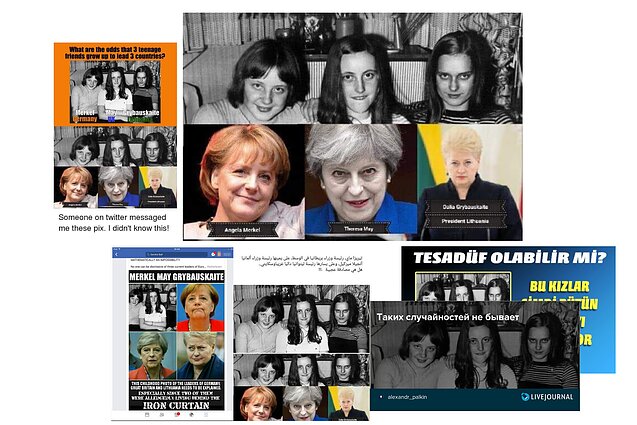 In fact, the collage of the three leaders – who are indeed of roughly the same age – first appeared online a few years ago and probably did not originate in Lithuania.

The conspiracy theory that Grybauskaitė, Merkel and May have known one each since childhood was spreading in the media in 2018, appearing in Russian, English, Serbian, German, Italian and even Arabic and Turkish versions.

“Can it be a coincidence?” a caption asked in Arabic.

“Let's think now,” urged another one in Russian, “who is running the world.”

“What do they have in common?” asked a caption in Turkish. 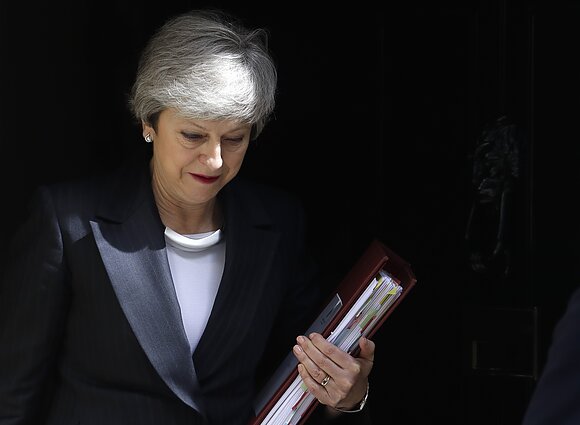 Some versions of the collage would replace Grybauskaitė with CIA director Gina Haspel, particularly in Turkey.

Meanwhile Lithuanian conspiracy theorists had a more elaborate explanation. “These people were trained for [leadership], went to special schools and were later assigned to specific countries,” claims Robertas Mackevičius, a Lithuanian online personality and content creator, in his YouTube channel.

He shared the theory right before last year's presidential election, in which, incidentally, Grybauskaitė could not participate.

According to Mackevičius, the three front-running candidates – the eventual winner Gitanas Nausėda, former finance minister Ingrida Šimonytė and Prime Minister Saulius Skvernelis – were all essentially the same. He himself endorsed another candidate, Arvydas Juozaitis, who wasn't polling very high. 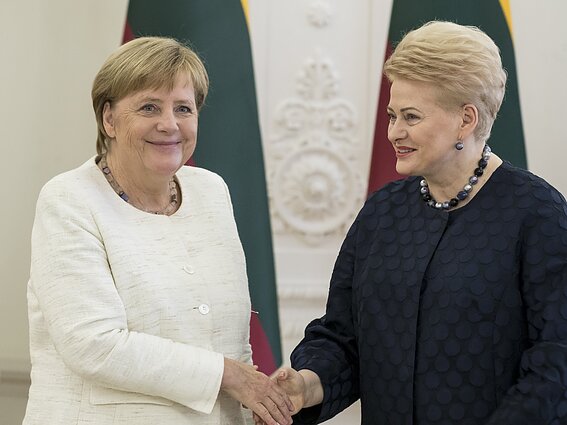 Several fact-checking sites, including the UK's Fullfact, the American Snopes and Australia's Mimikama, investigated the photo two years ago.

The photo has been preserved by the German chancellor's former classmate and was published in the Time magazine in 2015 when Merkel was its Person of the Year.

It is hard to tell who the other two women are, according to fact-checkers, but they are definitely not Theresa May and Dalia Grybauskaitė.

“Conspiracy theories proliferate in times of uncertainty, when people clearly feel danger and fear, but at the same time cannot point to a clear source of that evil,” says researcher Alfredas Buiko of Vilnius University.

It is easier to explain complex reality as a product of purposeful conspiracies by powerful people, he says. 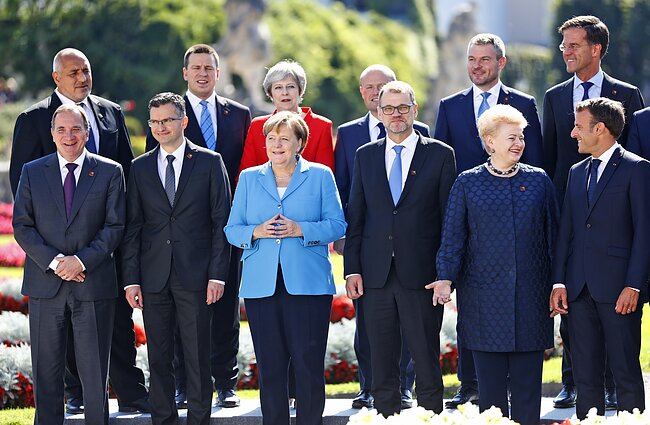 The three leaders have met one another, but not in their youth / AP

Lithuania's former president is a popular character in conspiracy theories, but so are the country's former leader Vytautas Landsbergis and his family, as well as former US presidents Barack Obama and George W. Bush.

In politics, people are more inclined to accept conspiracy theories about leaders they oppose.

“Conspiracy theories are a convenient tool for demagogues, because they allow to rally supporters through fear, aggression and indignation,” says Buiko. These theories can also be extremely long-lasting, he says – they evolve, transform and can reappear after apparently losing currency.

Conspiracy theory. The 1970s photo that is being shared online does not show Dalia Grybauskaitė or Theresa May, though it does show teenaged Angela Merkel. It is highly unlikely that the would-be leaders, who grew up in very different countries and societies, could have met in their youth. Though refuted, this conspiracy theory keeps reappearing, particularly when it can be used to rally political support or votes. 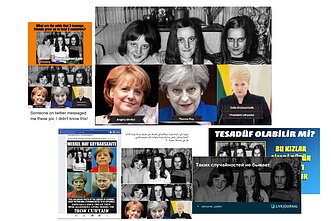 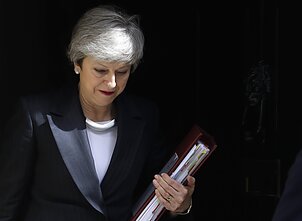 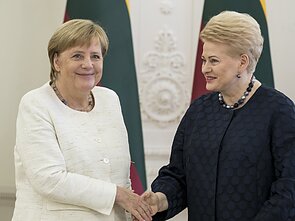 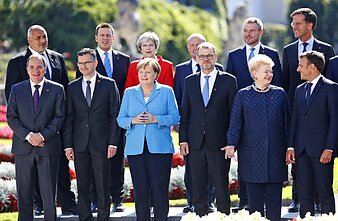