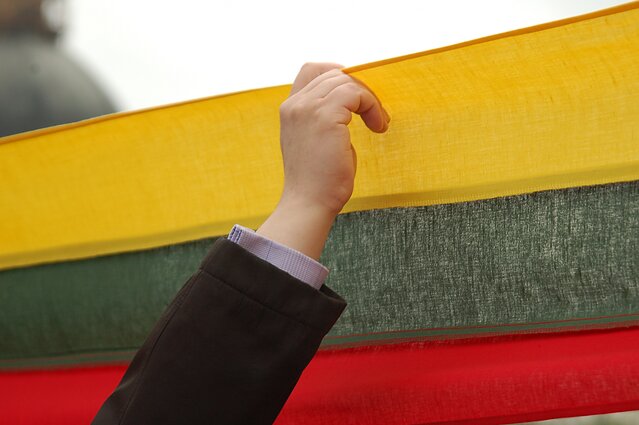 The flag of Lithuania / BNS

On Thursday, Lithuania marks the centenary of the Constituent Seimas, or Constituent Assembly, that was democratically elected in 1920 to draft and adopt Lithuania's first permanent Constitution of 1922.

On the eve of the centenary, the Lithuanian parliament, Seimas, will pass a resolution marking Lithuania’s first parliament elected by "direct, democratic, universal, equal and secret suffrage".

The resolution also states that Lithuania was one of the first countries in the world to grant men and women equal rights to vote and to stand for election.

In the resolution, the Seimas commits to "preserving and nurturing the Lithuanian traditions of parliamentarism and the historical memory of their development, emphasising the significance of the Constituent Seimas and those who worked in it".

On Friday, the programme of celebrations includes a flag-hoisting ceremony in the Independence Square in Vilnius and the planting of a "centenary oak" outside the Seimas building.

During its first sitting in Kaunas on May 15, 1920, the Constituent Seimas proclaimed Lithuania a democratic republic, based on the Independence Act of February 16, 1918.

The assembly adopted the Constitution in August 1922 and resigned later that year. 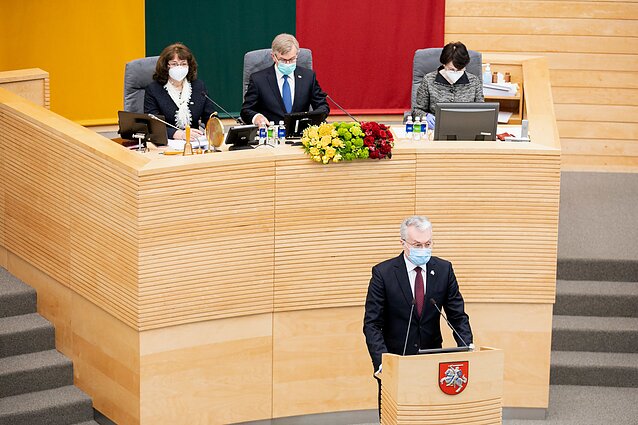 Lithuanian president: any crisis is an opportunity to move forward

"As we search for preconditions for a new qualitative leap forward of the state, we can and must draw inspiration from the members of the Constituent Seimas,” Lihuanian President Gitanas Nausėda said on Thursday.

“Instead of wallowing in disagreements, let's look for solutions that Lithuania needs," he said at a special sitting held in the Seimas on the occasion.

Recalling the “advanced order” that came out of “ the chaos of the First World War and Lithuania’s War of Independence, "let it be a reminder to us that any crisis is a great opportunity to take a big step forward," he said .

In his speech before the parliament, the president also said that "a hundred years ago, committing to democracy meant taking a bold position," and noted an active involvement of women and national minorities in the work of the assembly. 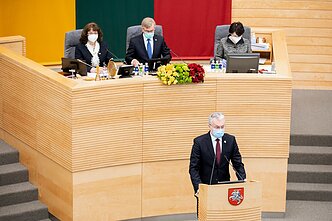