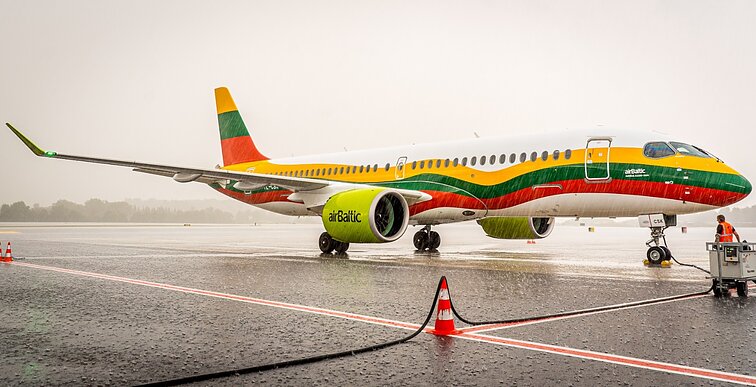 Although the Lithuanian government has allowed AirBaltic to resume flights from Vilnius to Riga and Tallinn, they may be delayed to a low demand, according to the CEO of Lietuvos Oro Uostai (Lithuanian Airports).

On Wednesday, the Lithuanian government gave the green light for AirBaltic to resume flights from Vilnius to Riga on May 18, and to Tallinn a week later.

However, Marius Gelžinis, the CEO of Lietuvos Oro Uostai (Lithuanian Airports), said the airline is unlikely to relaunch the routes for now due to a low demand.

AirBaltic planned to operate its first flight from Vilnius to Riga on Wednesday, but decided to delay it to a later date.

"They planned to start earlier in the hope of flying to other destinations where our people would travel for work – to Norway, Ireland and the United Kingdom. Since the connection is only between the Baltic countries, it makes no sense for them[to relaunch] yet, because the number of passengers would be too small," Gelžinis told BNS.

"There's too little interest and it makes no sense, because Latvia has not yet opened [fully] either. There's no point in flying to Riga," as there would be no transit flights, he added.

On Friday, Lithuania, Latvia and Estonia are opening a free travel zone for their citizens and residents in the Baltic states.

This means that they will not be subject to a mandatory 14-day self-isolation and other restrictions, provided that they had not arrived from other countries.