Without state support, it’s lights out for Vilnius nightlife – opinion 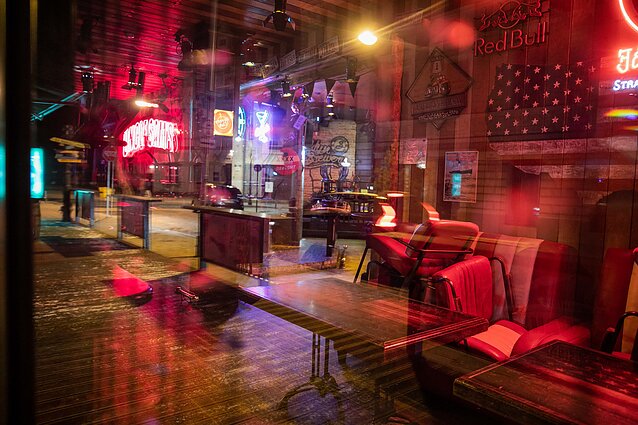 Time is ticking for the Vilnius’ nightlife establishments, writes Mark Adam Harold, the chair of Vilnius Night Alliance, an association of cultural venues in the Lithuanian capital. Without state support, some 70 percent of the sector will be lost.

The nightlife shutdown in Lithuania came early, and very suddenly. With very little warning all bars, restaurants, clubs, concert halls and theatres were ordered to close on March 16.

At the time there was no information about state compensation packages, wage subsidies or tax holidays. Vilnius nightlife turned out the lights and was left literally in the dark about the future.

There were no protests or rebellions, members of the nightlife business community announced that they understood that the extreme measures were necessary to protect the health of all Lithuanians, not only of their paying guests. Hoping for some kind of financial help to protect the economy from instant bankruptcy and mass unemployment, Vilnius venues obediently closed their doors and advised all their customers to stay at home.

The following days saw confusing announcements from a government plunged into chaos. Initially the prime minister promised “some” assistance, but ruled out any kind of compensation. The first draft of the Economy and Innovation Ministry’s plan provided only 60 percent wage subsidies, clearly an insufficient amount for cultural businesses whose income had suddenly dropped to zero.

The sudden shutdown left venues with suppliers’ bills to pay, equipment hire contracts to maintain, events to cancel and booking fees already paid in advance with no possibility of refunds.

On top of that they were being told to pay 40 percent of payroll and warned it would be illegal to force their staff to resign. The State Labour Inspectorate insisted it would defend workers’ rights, but employers were left with no means to pay their staff. Very little was said about the fate of freelancers, a large chunk of the nightlife workforce, except that some of them would be able to apply for 200 euros a month at some point in the future. 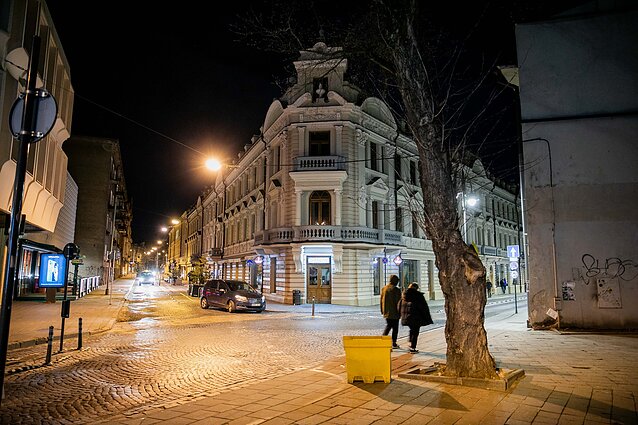 This plan was particularly bad for the most important and culturally valuable businesses – the wide variety of small, privately-owned cultural venues. Restaurants and some bars were able to keep takeaway food as an income stream, but concert halls, theatres, nightclubs and live music bars were left completely unable to continue any kind of business activity.

Attempts to raise money by “going online” were failures or non-starters, as the public cut back on all unnecessary expenses, worried for their future income and found online DJ sets on their laptops to be a poor substitute for the excitement of a dancefloor.

A revised financial rescue package was announced by the government some days later, raising the freelancer monthly payments to 250 euros and hinting that nightlife businesses would qualify for 90 percent wage subsidies.

Of course, for many of these businesses even 90 percent is not enough because they have very low reserves, very large obligations and zero income. At the time of writing, it is still not clear exactly how this scheme will be implemented. The devil is expected, as usual, to show himself in the details. 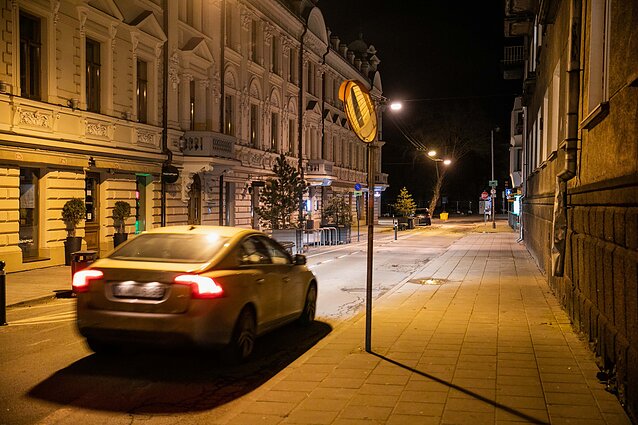 History of government prejudice against nightlife

It is important to remember that the same government, elected on a wave of populism in 2016 with a former police general commissioner and interior minister installed as the prime minister, began their term of office with a series of unconstitutional armed police raids on nightclubs, using disproportionate force with only shaky evidence of the urgency of the situation.

I was getting messages in the middle of the night that teams of balaclava-wearing police carrying automatic weapons had stormed into underground venues, assaulted and injured innocent people, tortured people by standing them up against walls for hours barefoot and carried out unwarranted stripsearches at random. The next day they proudly displayed their operation in the media as a warning to drug dealers or “merchants of death,” as one article put it.

A photographer from 15min.lt was invited to ride in the bus with the police and film the entire process for a special news feature similar to the US TV show Cops.

He was later allowed by his editors to publish an article stigmatising and insulting the nightlife scene and making comparisons to the heroin trade.

According to the police, they received reports of rampant drug dealing in every venue they raided, but even after searching dozens of people indiscriminately in multiple raids they only found a couple of small-time dealers.

One bar published security camera footage of heavily armed officers storming into the venue, looking confused, finding nothing and walking out again empty-handed. The video was appropriately set to a Benny Hill soundtrack to highlight the absurdity of the situation.

In the end, only a very small amount of drugs were found, mostly stimulants and cannabis, no cocaine and certainly no heroin. Very few arrests were made and many innocent people were released from overnight cells with no paperwork or explanation.

One of the victimised nightclubs managed to film their second raid on multiple hidden cameras and the evidence of brutality and procedural violations was submitted to the police, whose subsequent internal investigation concluded that no offences had been made.

Human rights organisations and the Mayor of Vilnius expressed outrage, the story even made international news and was investigated by Vice magazine. Unfortunately it was difficult to get victims and witnesses to testify in court, and the controversy died down with no conclusion.

Eventually the raids ceased, but no independent inquiry has been carried out and no apology has ever been made. It is against this backdrop that some of the same Vilnius venues sit waiting for news of the same government’s financial help in the current crisis. 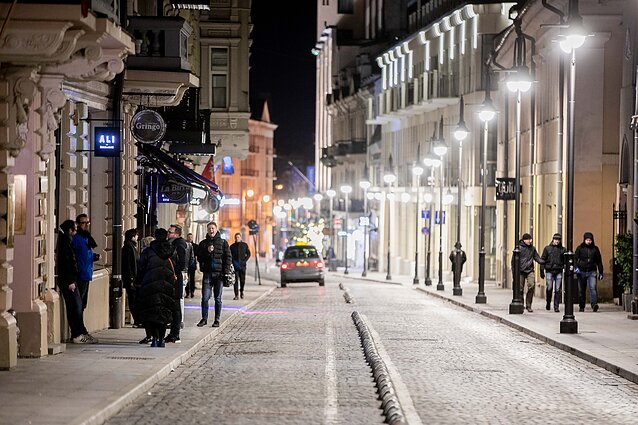 Although progress is being made by the Culture Ministry to propose adapted procedures for cultural businesses to apply for government backed loans via the Invega small business finance scheme, it is understandably hard for venues to believe that they will receive urgently-needed assistance in time.

Another solution was needed. Remembering the Vilnius mayor’s previously strong support for the city’s night economy and private cultural institutions, small businesses began to look to the municipality for rescue.

Vilnius Night Alliance, a pressure group I founded in 2019 to unite an enthusiastic group of the bars, clubs, promoters and artists, is now presenting their own rescue plan to Vilnius City Council, appealing for the municipality to step in and guarantee emergency business loans, filling the gap left by the sudden shutdown.

The plan is designed for private cultural venues only, defined as those having a stage for performances and/or a dancefloor. This would include private theatres, small concert halls (up to 2000 capacity), nightclubs and live music bars. 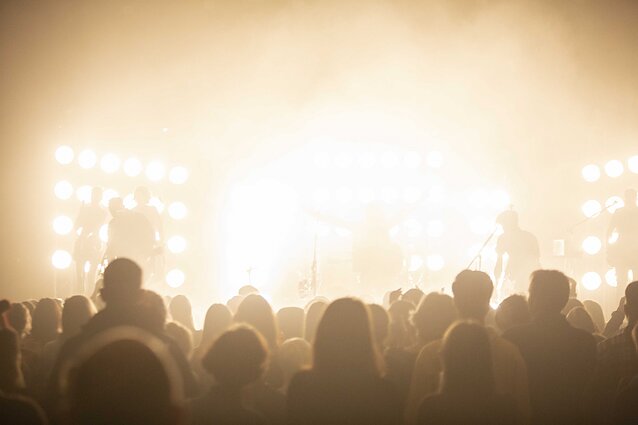 Rūta Meškauskaitė, the executive director of the Vilnius Night Alliance, stresses the importance of small, independent, private venues in the fabric of Vilnius culture.

“This constellation of small venues provides homes for all genres and disciplines,” she said. “These cultural institutions are the guardians of creative variety, allowing a wide range of the city’s upcoming artists to experiment, learn and grow as they perform.”

The Alliance’s proposal excludes businesses which sell only food and drink without providing additional cultural activity. The Alliance argues that priority status should be given to those venues which add the most cultural value to the city and are most vulnerable to bankruptcy during the shutdown, having the extra burden of cancelled events and expensive equipment rental contracts on their books.

These are the venues which must be at the forefront of the recovery of the city after this international crisis, contributing greatly to the attraction of tourists, talent and investment from around the world. This principle is supported even by members of the Alliance who would not qualify for prioritisation.

Economist Vaidas Navickas, advising the VNA on the preparation of the idea, suggested that the interest on the loans should be paid by the municipality until the borrowers return to profitability, to ensure that the financial assistance package is not an additional burden to the people it is aiming to help.

Navickas also points out that the use of the loan money can be strictly controlled and audited by the municipality, increasing the transparency of the sector and reducing the possibility of corruption.

According to initial calculations, there would be up to 50 qualifying applicants requesting loans of, on average, 20,000 euros, making an upper estimate of 1 million euros to be underwritten by the municipality. For comparison, every year the municipality provides a similar sum as a grant, not a loan, to the city basketball team. 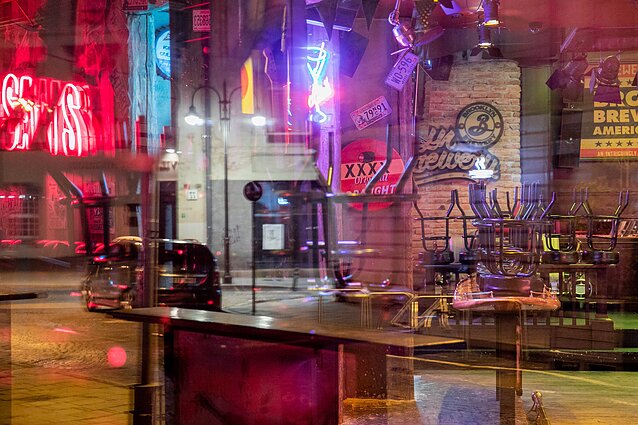 The private cultural venues of Vilnius are therefore attempting to explain to politicians and bureaucrats that although the economic benefit of their work is indirect and difficult to measure, it undeniably exists.

A study commissioned in 2018 by the city’s development agency Go Vilnius and carried out by world experts Sound Diplomacy and VibeLab, produced several recommendations for protecting and stimulating the night economy ecosystem, stressing the importance of nightlife and cultural activity as a key component of the city’s economy.

State authorities need to be aware that now, more than ever, the importance of the city’s vibrant and diverse cultural institutions cannot be ignored. The loss of these venues would be catastrophic to the attractiveness of the city and the quality of life of its residents, especially as the people who worked so hard for so many years to build these venues are unlikely to return later, having lost everything and been abandoned by the state.

We must act now and attempt to save what we have, because doing nothing and losing everything would be a much more expensive option.

The worst-affected cultural venues are small family businesses and enthusiasts’ enterprises, not nationwide chains backed by large investors. Surveys carried out by business associations show that for these small private cultural institutions bankruptcy will come swiftly and irreversibly.

Even if they do not declare bankruptcy before the end of the restrictions on their activities, it will take many months or even years for them to return to profitability. 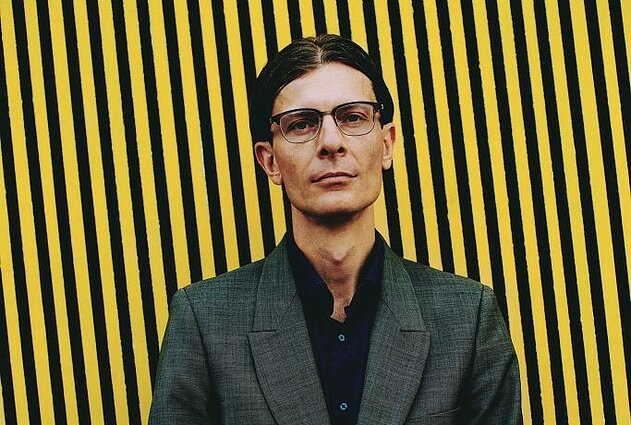 The former Night Mayor of Amsterdam Mirik Milan, one of the VibeLab consultants who took part in the Vilnius night economy study, has also backed the Night Fund plan.

“Culture spaces urgently need access to financial solutions to fill the gap left by the shutdown,” said Milan. “The state must step in and guarantee small business loans to save these essential places and keep the city’s culture alive.”

Time is running out

As news emerges that the shutdown will be extended, surveys show that action is needed in the upcoming month to avoid the disappearance of 70 percent of the venues that the people of Vilnius have grown to know and love over the last decade.

The clock is truly ticking for the culture sector’s performers, employees and businesses as the midnight-hour of bankruptcy approaches.

Without state assistance, there is a real danger that many long-standing bastions on the city’s cultural map will be lost forever.

Mark Adam Harold is the chairman of Vilnius Night Alliance, and a former member of Vilnius City Council. 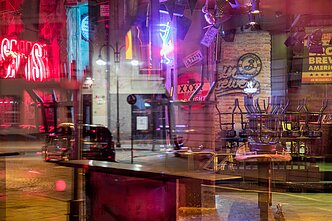 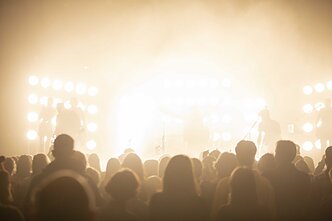 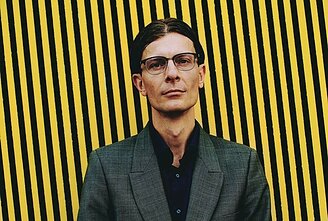 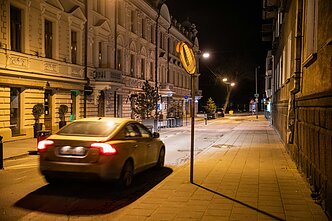 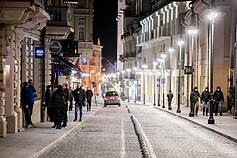 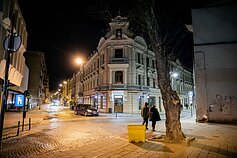