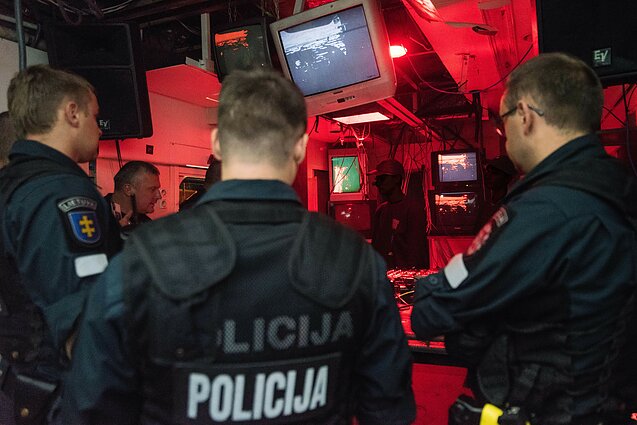 On the night of the 30th anniversary of the iconic Baltic Way, a mute police cohort walked into Platforma club in Vilnius, announced that “illegal activities” were taking place, and proceeded to detain two DJs.

The raid followed ongoing noise-violation disputes with the club's neighbours as well as threats Platforma managers say they received from the police earlier in the summer to stage drug raids that hit other night venues in Vilnius.

Yet alongside the alleged excessive use of police force, the core dispute remains between the club and hundreds of residents living around the venue. They are split on the venue’s contribution to the area and many remain sleepless.

While Platforma received a large proportion of all noise violations issued in Vilnius between July and August – 138 out of 2,460 according to Police data – club managers have called out the unproportionate police raids that they say tend to target alternative frequented by young people. 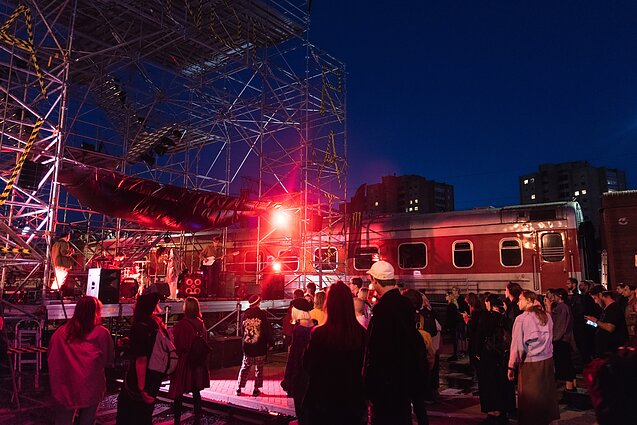 Club Platforma in Vilnius / B. Gerdžiūnas/LRT

“The police has used excessive force in a number of locations in Vilnius,” the Platforma's head manager Dominykas Čečkauskas and his team told LRT English in a written statement. “[But] we haven’t heard of any police raids in up-scale Vilnius clubs.”

The move to arrest artists for noise violations of the venue have previously happened in a neighbouring bar, Peronas, located several hundred meters away, according to Platforma.

Meanwhile the police told LRT.lt in a written statement that the DJs were detained because “the artists responsible for music were requested to lower the volume” and, since they did not comply, the artists “were brought to the police station”. 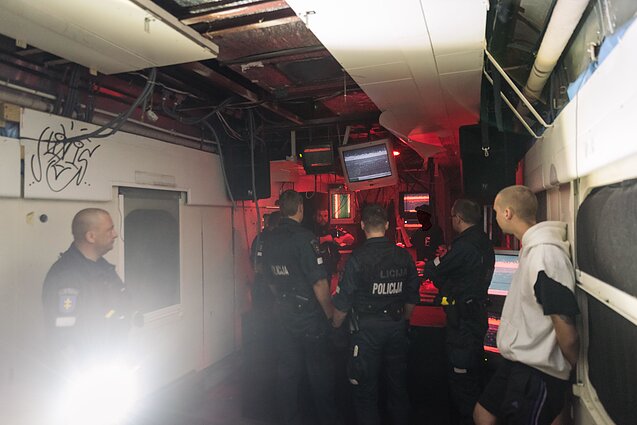 Vytautas Mizaras, a jurist and professor of law at Vilnius University, was perplexed that artists had been detained.

“Artists usually [...] don’t organize events themselves, therefore their activities [are the responsibiliy] of the event organizers or [venue] owners.”

The ongoing dispute with the residents of the area are nowhere near being settled. While some locals praise the club’s effect in “cleaning up the neighbourhood,” in other words, gentrifying an area that used to be notorious for prostitution and drugs, others say the noise gives them stress and mounting health problems.

Across the train tracks from the club, resdidens of clustered 12-storey yellow brick buildings harbour mixed feelings. While the majority of the people interviewed by LRT English, varying in age from teenagers to pensioners, expressed support for the establishment, some complained of stress due to low-frequency sound throughout the night. 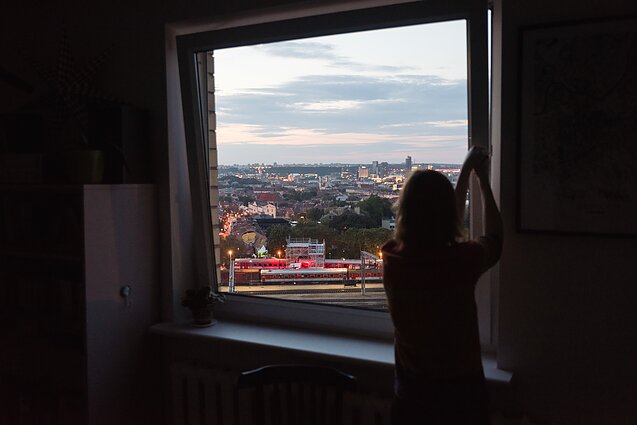 Reda Mikolaitienė lives across the train tracks from the club Platforma / B. Gerdžiūnas/LRT

Reda Mikolaitienė, who lives on the top floor, says she makes the first call to the police at 19:00, then at 20:00, and then at least three more times every Thursday and Saturday.

“We need to wait until 01:00 [before calling again], because only then the police can file a second report,” she said.

While it is possible that a large proportion of the weekly noise complaints to the police come from only a few apartments, this does not diminish the problem that persists. “There need to be stricter measures, because the raids don’t work – the equipment should be confiscated,” said Mikolaitienė.

“The low frequencies can make you sick. On Thursdays, we try to come back home as late as possible so we don’t lose our minds,” she added. 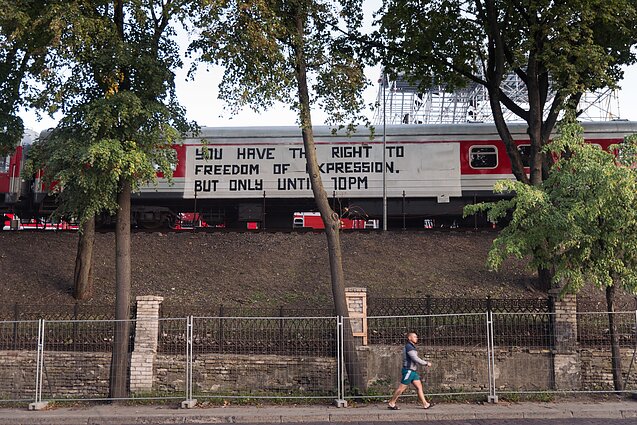 Platforma organisers put up a protest poster aimed at an English-speaking audience / B. Gerdžiūnas/LRT

Other neighbours have said the new establishment has helped better the image of the area around the train station.

“My daughter and I support it, it’s really nice that the [area] is cleaning up from its [...] drunks and prostitutes and attracts tourists,” said Danguolė Maslovskaja. According to her, a war against Platforma is waged by one neighbour who is also part of the area's local council.

During heated discussions on social media, Platforma has claimed that, in one instance, “the police said they received 149 calls from the same number in a single night”.

Yet, the “problematic neighbour,” as Platforma calls him, says the issue is bigger.

“Around 10 citizens have come together and started collecting signatures” against the club, Vytautas Treinys told LRT English.

He forwarded a letter, ostensibly signed by 227 local residents. “People have been suffering from noise for half a year and the situation is not changing,” Treinys said.

“Bad weather, it seems, will be more effective in dealing with the noise from Platforma than the work of our institutions,” says Treinys.

“It felt like a PR campaign. No real action after the discussion, nor before,” he said. “The actions are laughable – putting rubber strips under speakers.”

Treinys said the problem lies in the authorities’ inability to deal with the problem. “This has reached a farcical level, when the flying squad arrive,” said Treinys. 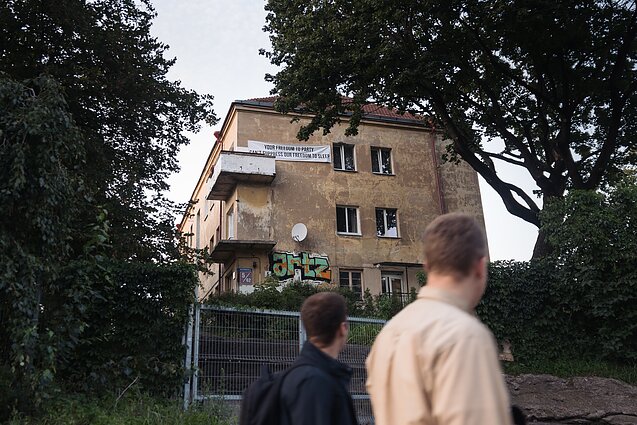 Neighbours directylu in front of the club Platforma have also raised their own posters in English / B. Gerdžiūnas/LRT

Following the initial raids earlier in the summer, Vilnius City Council and the police announced that they did not possess the expensive equipment needed to measure sound levels.

Subsequently, a conservative MP put forth a proposal to double the fines for noise violations.

However, if successful, the measure may lead to abuses, seen before, when noise complaints are used to target competitors, according to Mark Adam Harold, a former member of the City Council and currently a self-declared ‘night mayor’ of Vilnius.

“If there are higher fines without other reforms, you’ll simply have more corruption,” Harold told LRT English.

After the raids on Platforma, Harold posted on social media that “Platforma should make less noise after 22:00 regardless of the legal disputes”.

However, “absolutely [every] citizen should demand very serious answers from the police, and not idly look on when they detain fellow citizens”.

The club is now looking for an alternative venue as the only viable solution. An “ideal option would be to save our [business] and simultaneously maintain peace for the neighbours,” Platforma said in a statement.

However, Platforma managers announced on September 20 that they will be discontinuing their work due to alleged interference in their work from the venue owners, Lithuanian Railways, and police raids that led to lost revenues and building debts. 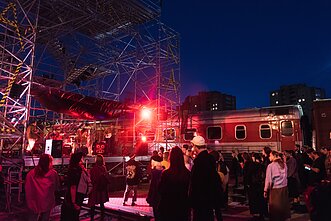 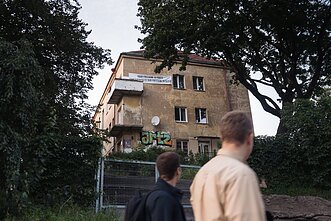 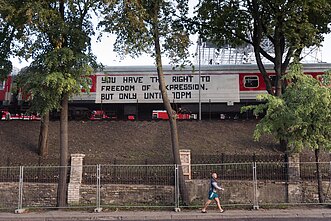 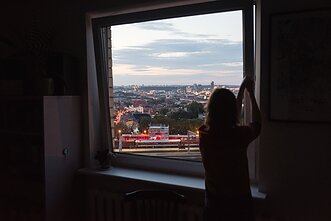 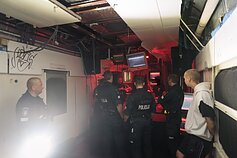 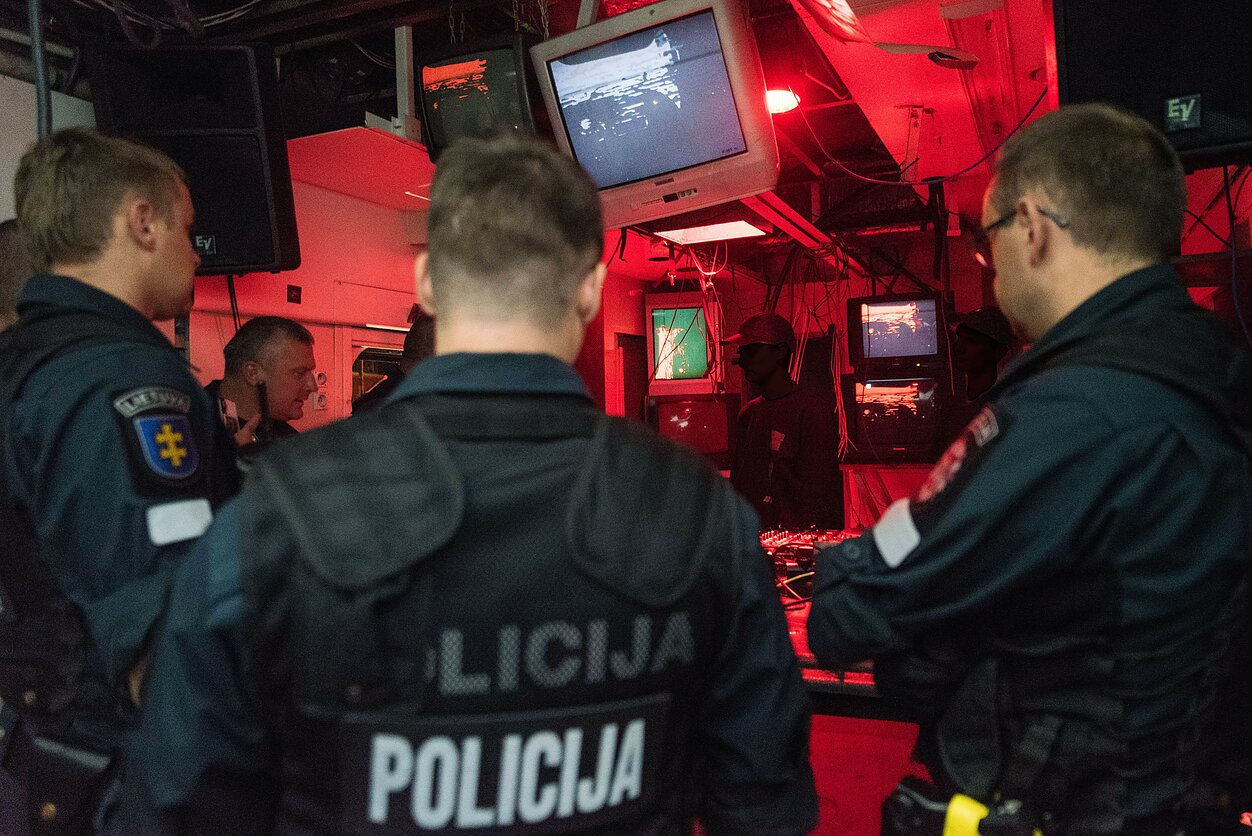 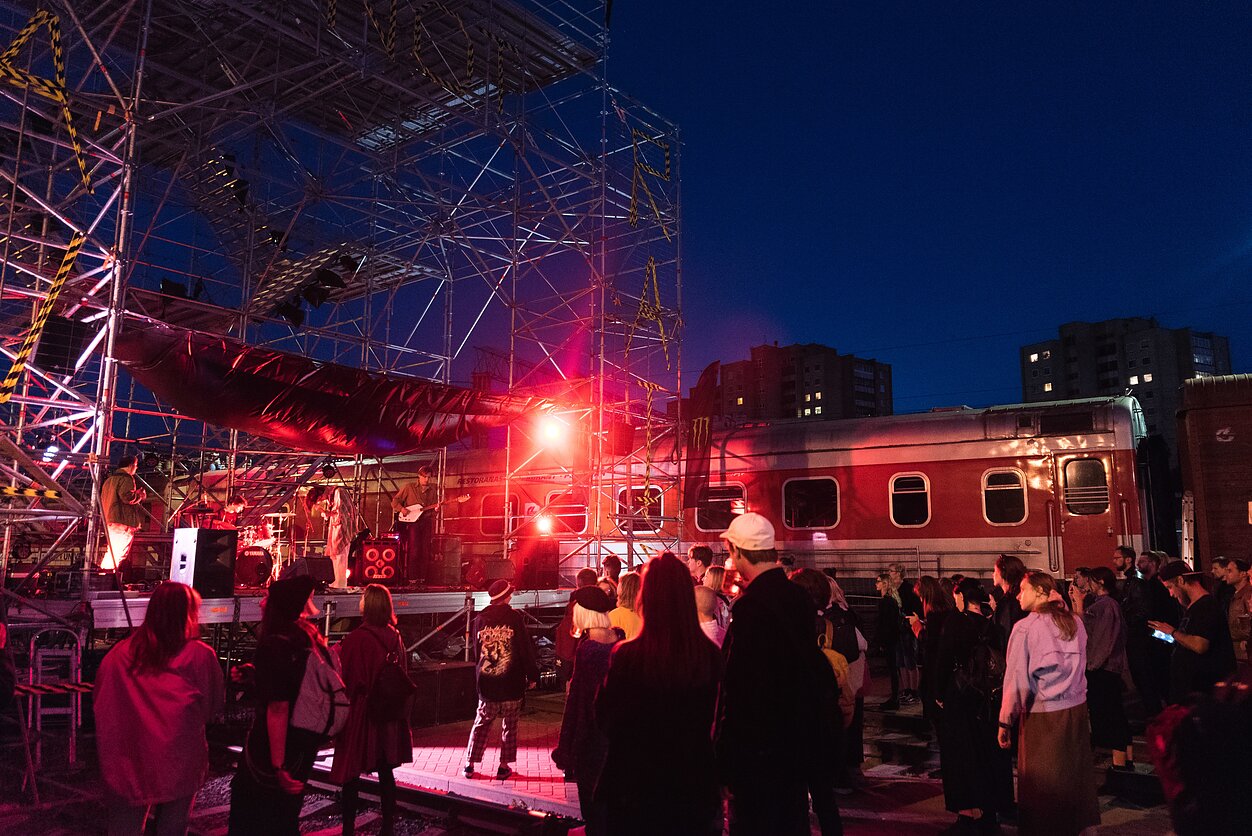 Club Platforma in Vilnius
2 / 6B. Gerdžiūnas/LRT 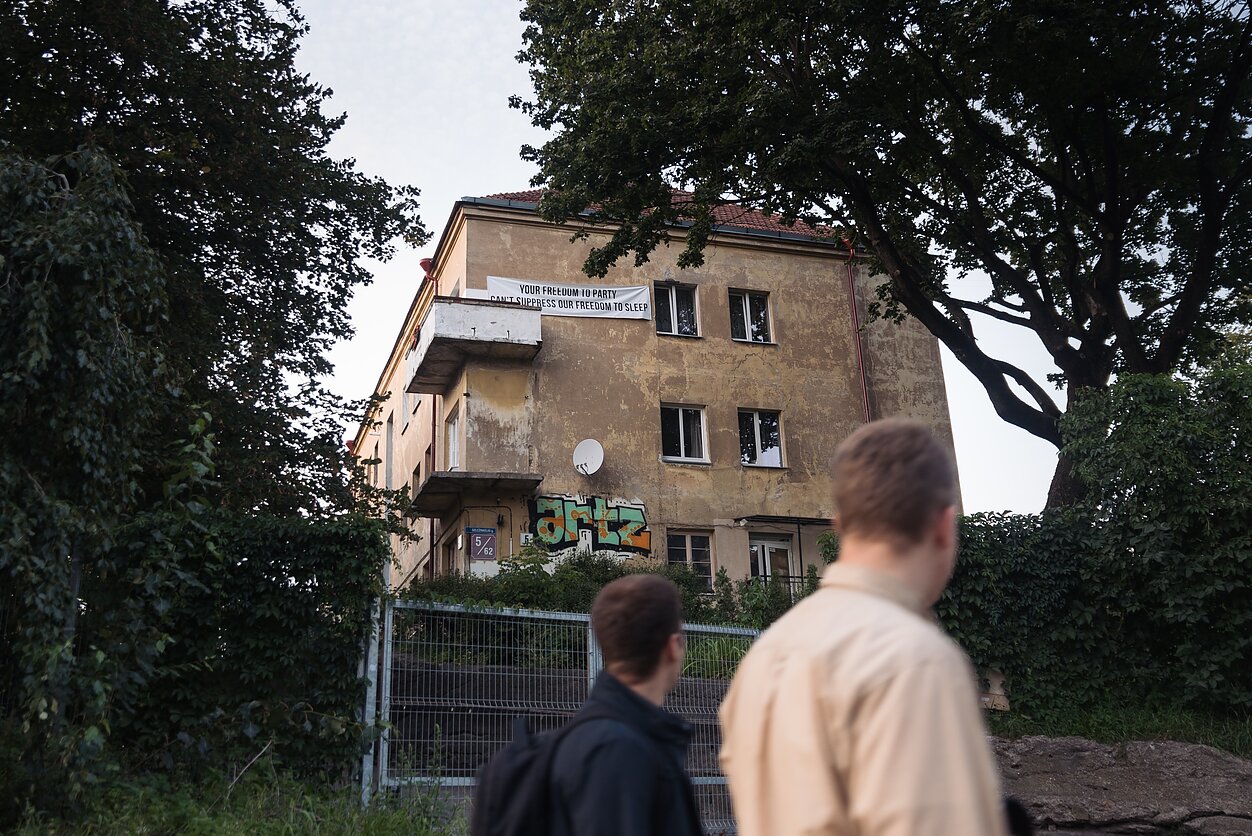 Neighbours directylu in front of the club Platforma have also raised their own posters in English
3 / 6B. Gerdžiūnas/LRT 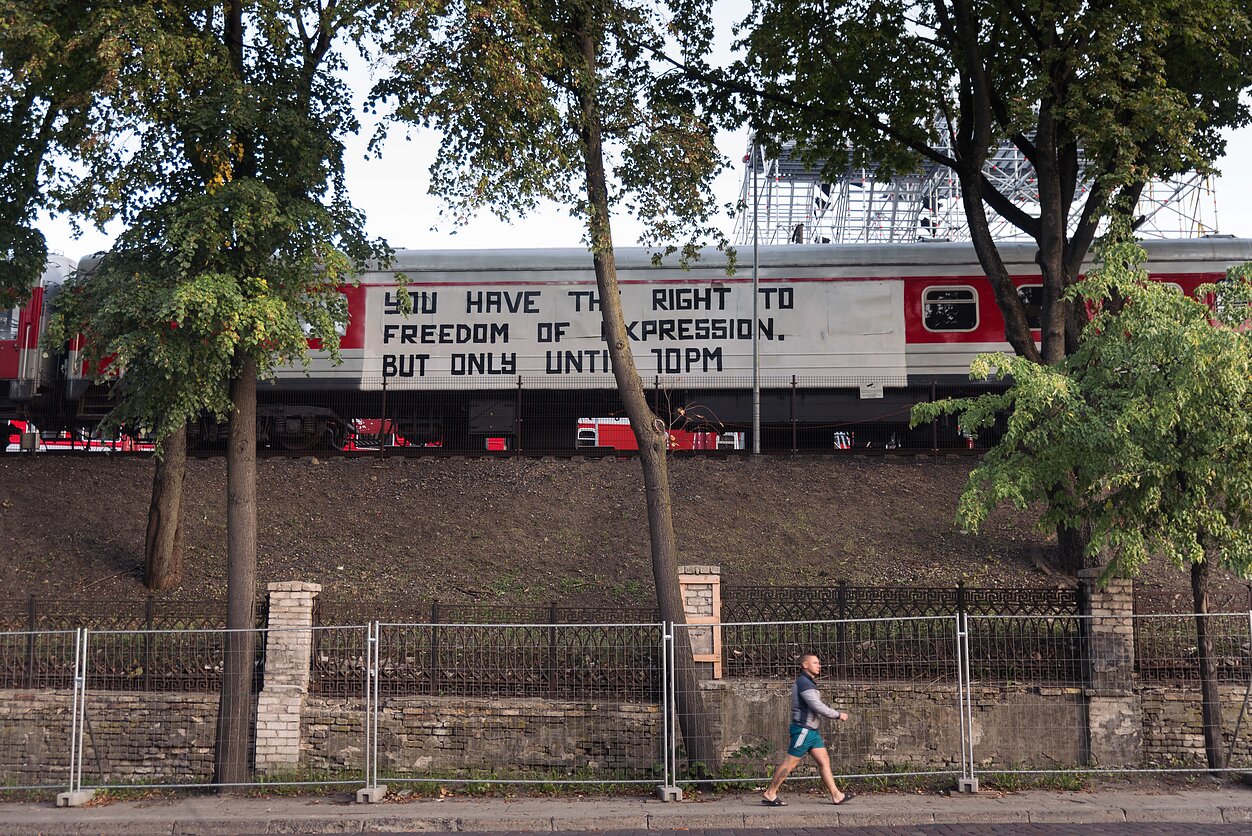 Platforma organisers put up a protest poster aimed at an English-speaking audience
4 / 6B. Gerdžiūnas/LRT 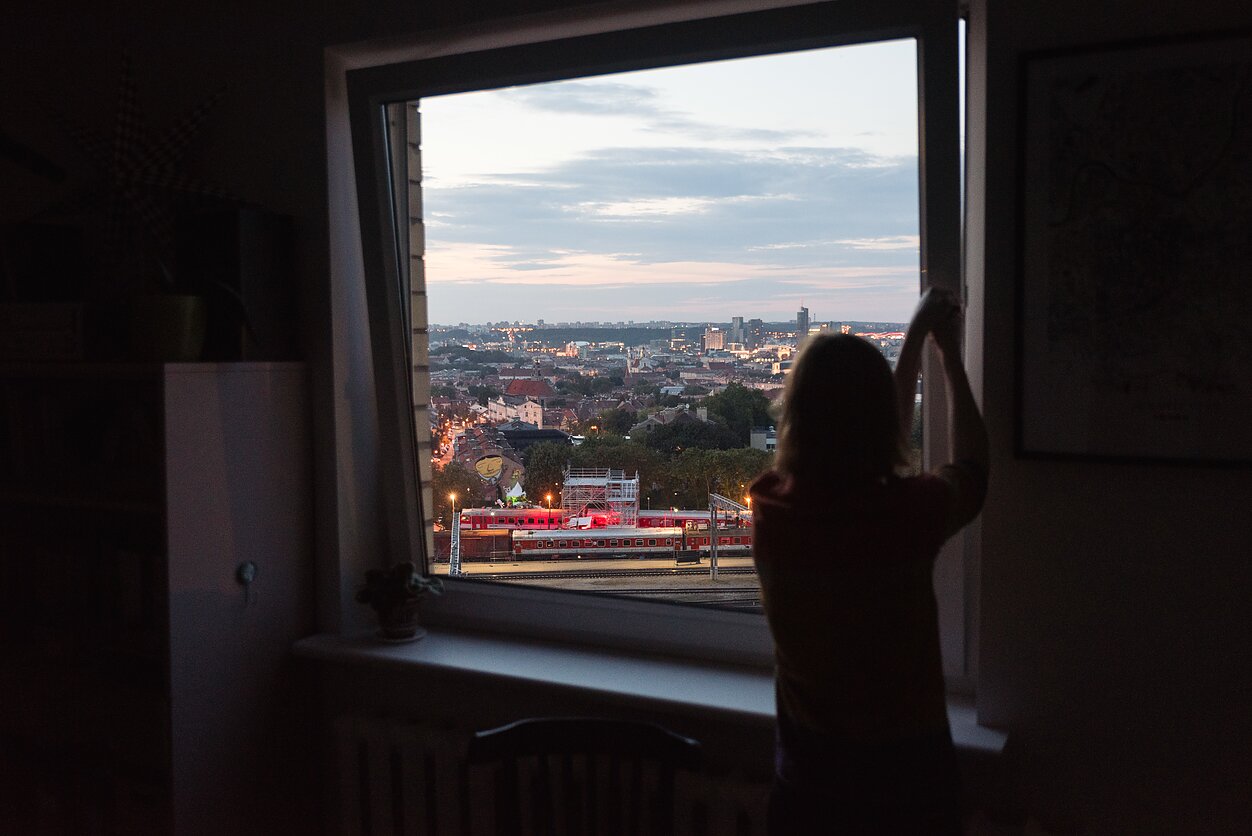 Reda Mikolaitienė lives across the train tracks from the club Platforma
5 / 6B. Gerdžiūnas/LRT 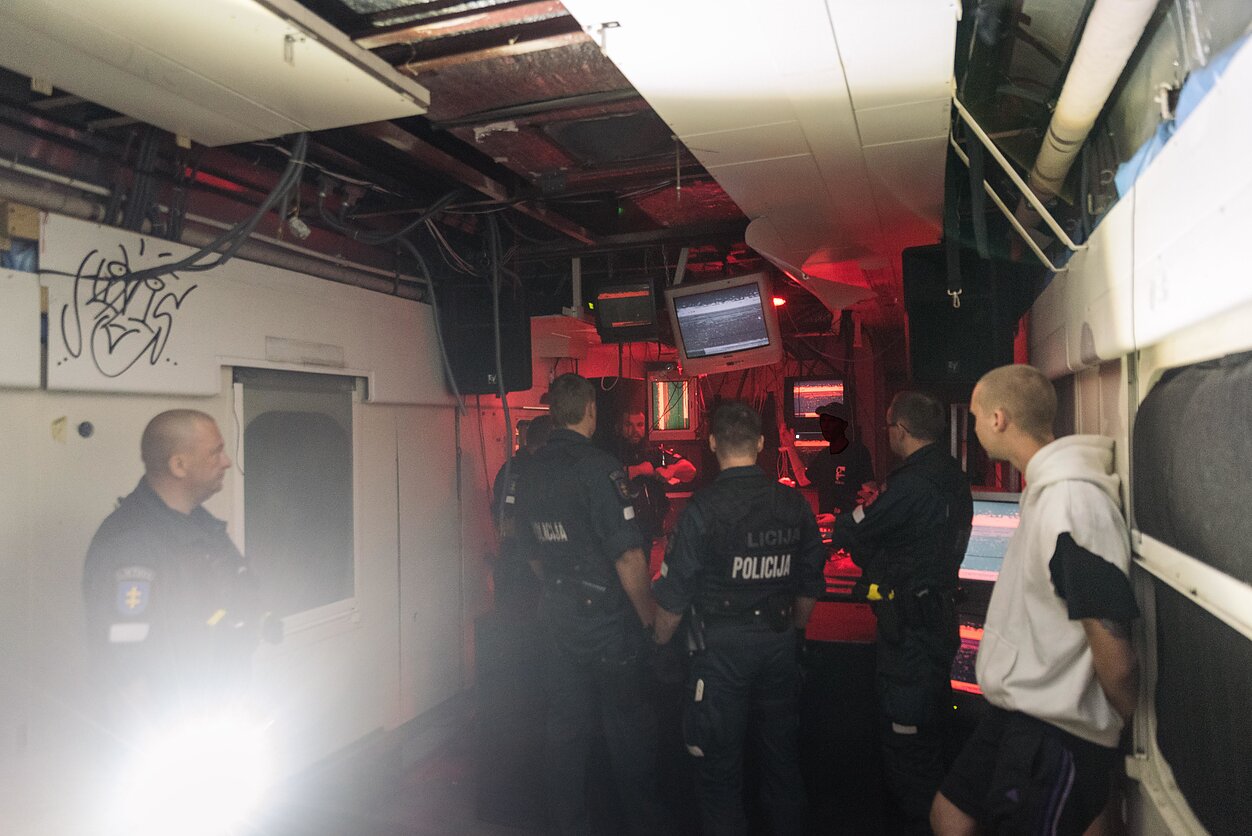