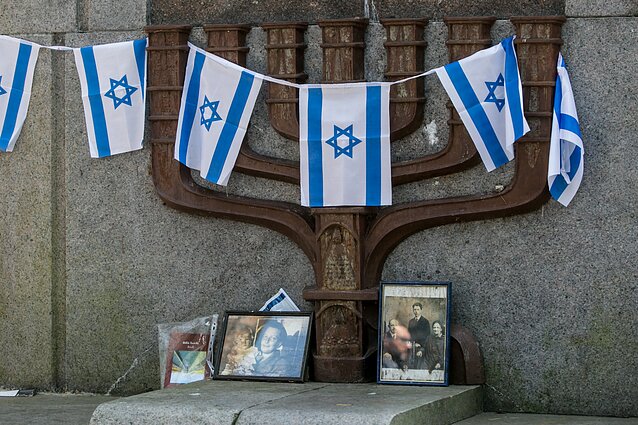 Lithuania's Jewish population was nearly exterminated during the Holocaust / BNS

A Lithuanian-Jewish organisation in Israel is boycotting Lithuanian independence day events in protest of a resolution proposed by a Lithuanian MP stating that the Lithuanian nation did not play any part in the Holocaust.

Responding to the Lithuanian Embassy's invitation to participate in independence day celebrations next week, the Association of Lithuanian Jews in Israel circulated a letter, criticising the resolution and demanding for the Lithuanian president's response.

“The Association of Lithuanian Jews in Israel accepted a decision [...] to not participate in the festivities until we have a sound solution to the proposed resolution to the Seimas by Mr. Gumuliauskas to absolve Lithuania and Lithuanians of their active participation in the Holocaust and in the murder of Jews during the period of World War II,” the organisation's chair Arie Ben-Ari wrote in a letter to the Lithuanian ambassador. 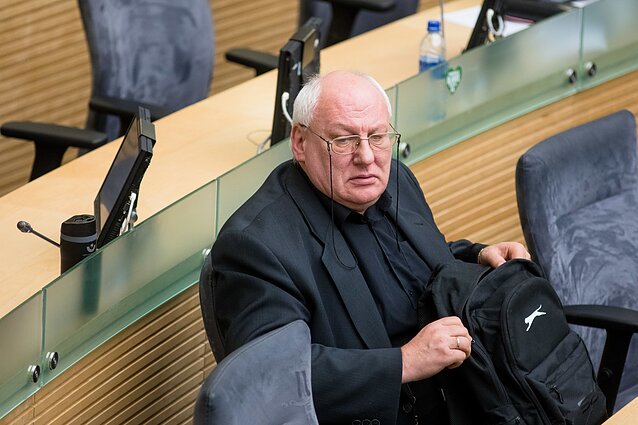 While Gumuliauskas has not presented the text of the resolution, the proposal caused controversy both in Lithuania and abroad, with some comparing it to Poland's 2018 legislation criminalising statements that the country bore responsibility for the Holocaust.

In the letter to the Lithuanian ambassador, the Association of Lithuanian Jews in Israel says it has been assured by the Lithuanian Parliament Speaker Viktoras Pranckietis that he would not support the resolution if it were ever brought to the Seimas. However, the organisation is gravely concerned that President Gitanas Nausėda did not do likewise.

“Following the demonstration that we held outside of the Lithuanian Embassy on 24 January 2020, we sent a letter addressed to President Nausėda on the subject. [...] Alas, President Nausėda has chosen not to reply to us. This is of grave concern,” the association says, adding that it will encourage other Litvak organisations in Israel to also boycott Lithuania's independence day events.

Nausėda's adviser Antanas Bubnelis told LRT.lt that the president had stated his position back in January, namely, that the resolution proposal was but one politician's opinion.

“We are hearing an opinion of one parliament member, while the community of historians have long ago reached a consensus that it was not the Lithuanian nation or the state, but individual people who were implicated [in the Holocaust],” Sonata Šulcė, another adviser to Nausėda, previously summarised the president's position. 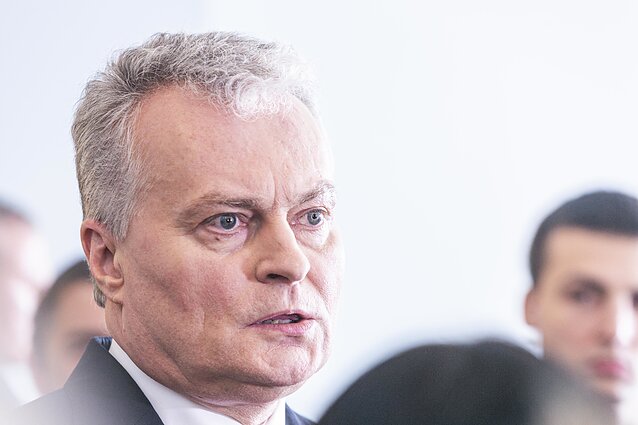 The Lithuanian Foreign Ministry told LRT.lt that the embassy was in contact with the Association of Lithuanian Jews in Israel.

It added that Lithuania's official position had not changed since 1995 when President Algirdas Brazauskas addressed the Israeli Knesset and apologised for Lithuanians who took part in the Holocaust.

Commenting on the situation, Gumuliauskas said that had yet to write the document and reactions to it were premature.

“The main idea of the resolution has been wrongly interpreted and misunderstood,” he told LRT.lt.

According to him, the essence of his proposal is to reject the principle of collective responsibility for World War Two crimes.

“[Collective responsibility] was used by totalitarian regimes, as we know, during and after World War Two. This principle is alien to the civilized world and that is the main idea [of the resolution],” according to Gumuliauskas.

“Since it is a sensitive issue, we continue to work on [the resolution] and I hope that, in time, the full text will be presented and the public can decide whether it is good or bad,” he added.

Even without the actual document, Gumuliauskas' proposal has already done irreparable damage to Lithuania, according to conservative MP Žygimantas Pavilionis, a member of the parliamentary Foreign Affairs Committee. 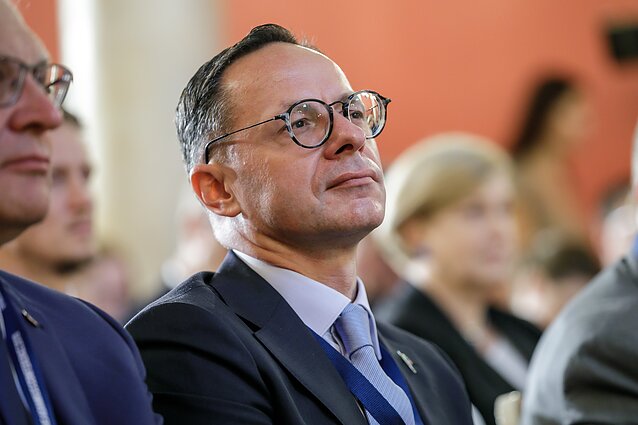 “I hope very much that there will not be a resolution. [...] I personally think that this is an intentional provocation,” Pavilionis told LRT.lt.

He added that there would be enough members in the Lithuanian parliament to block the resolution if it were put to a vote. “In any case, it does not reflect the position of Lithuania or even the majority of parliament members,” he said.

Over 90 percent of Lithuania's 250,000-strong Jewish population perished during World War Two at the hands of Nazis and their Lithuanian collaborators. 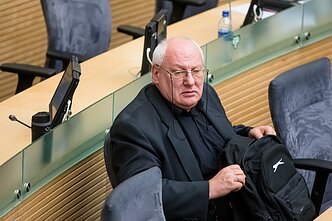 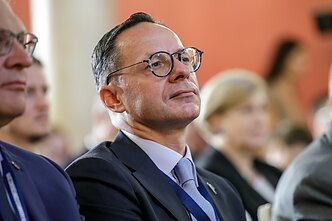 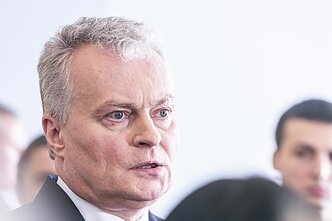 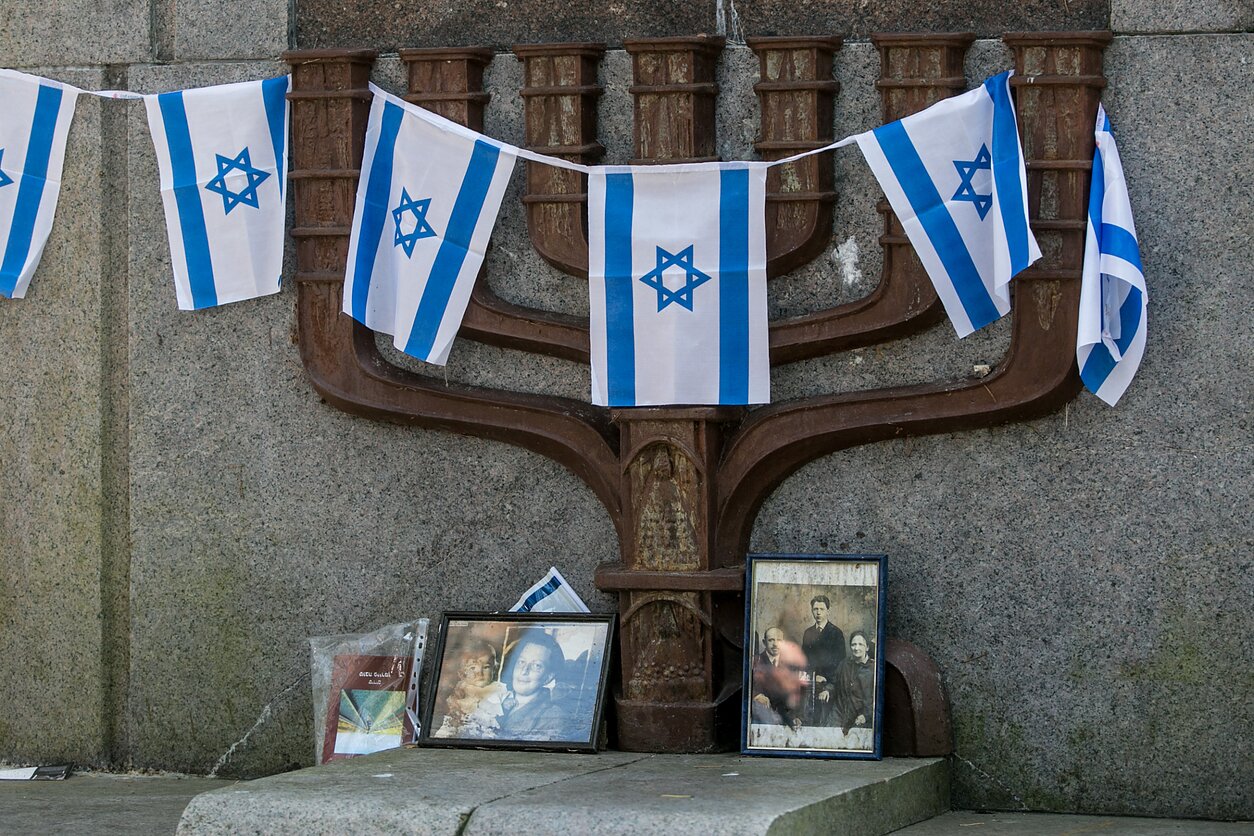 Lithuania's Jewish population was nearly exterminated during the Holocaust
1 / 4BNS 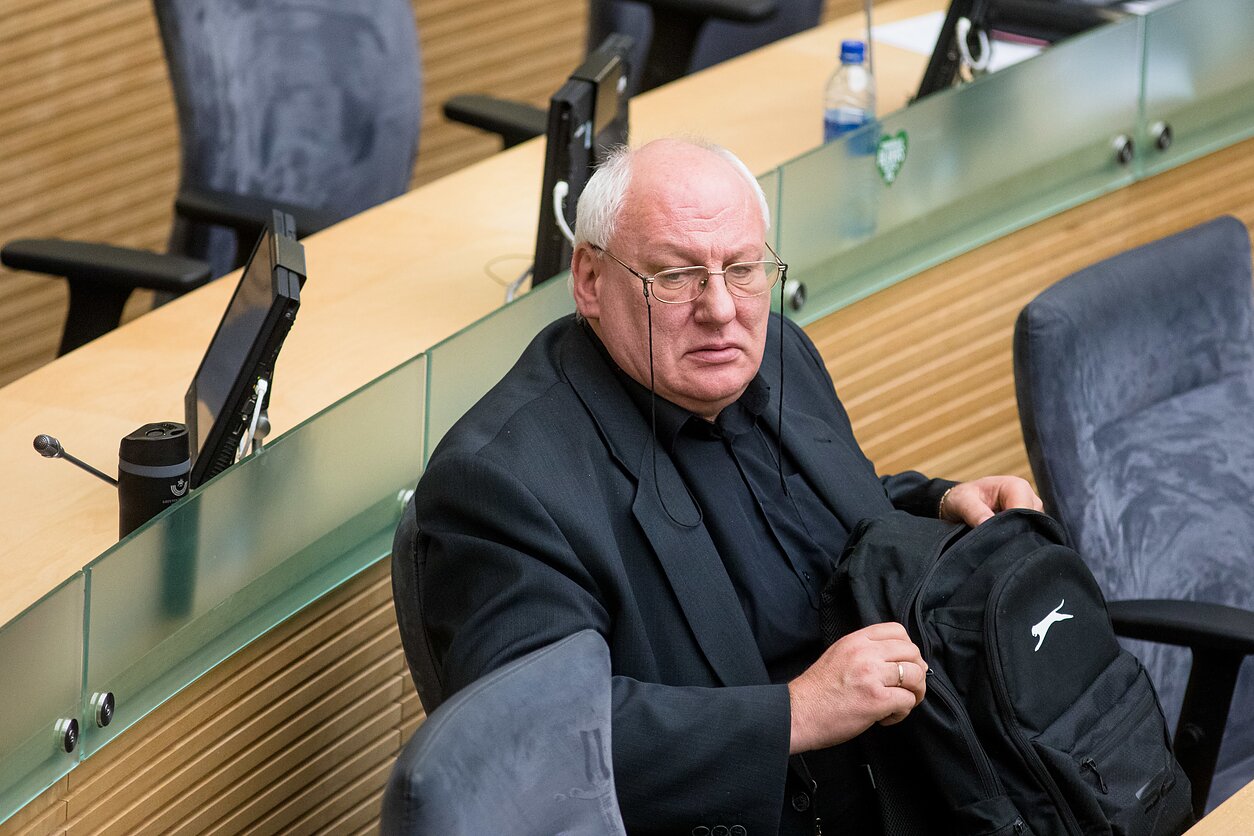 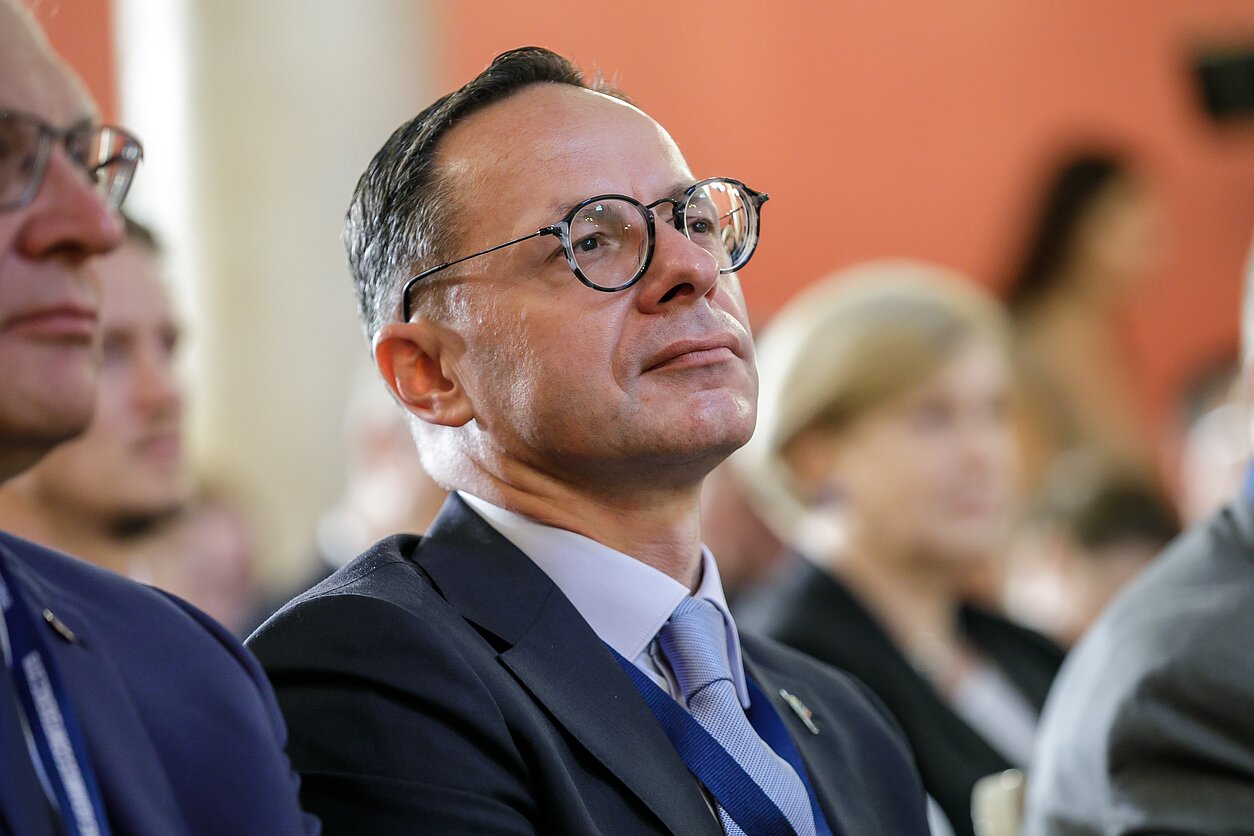 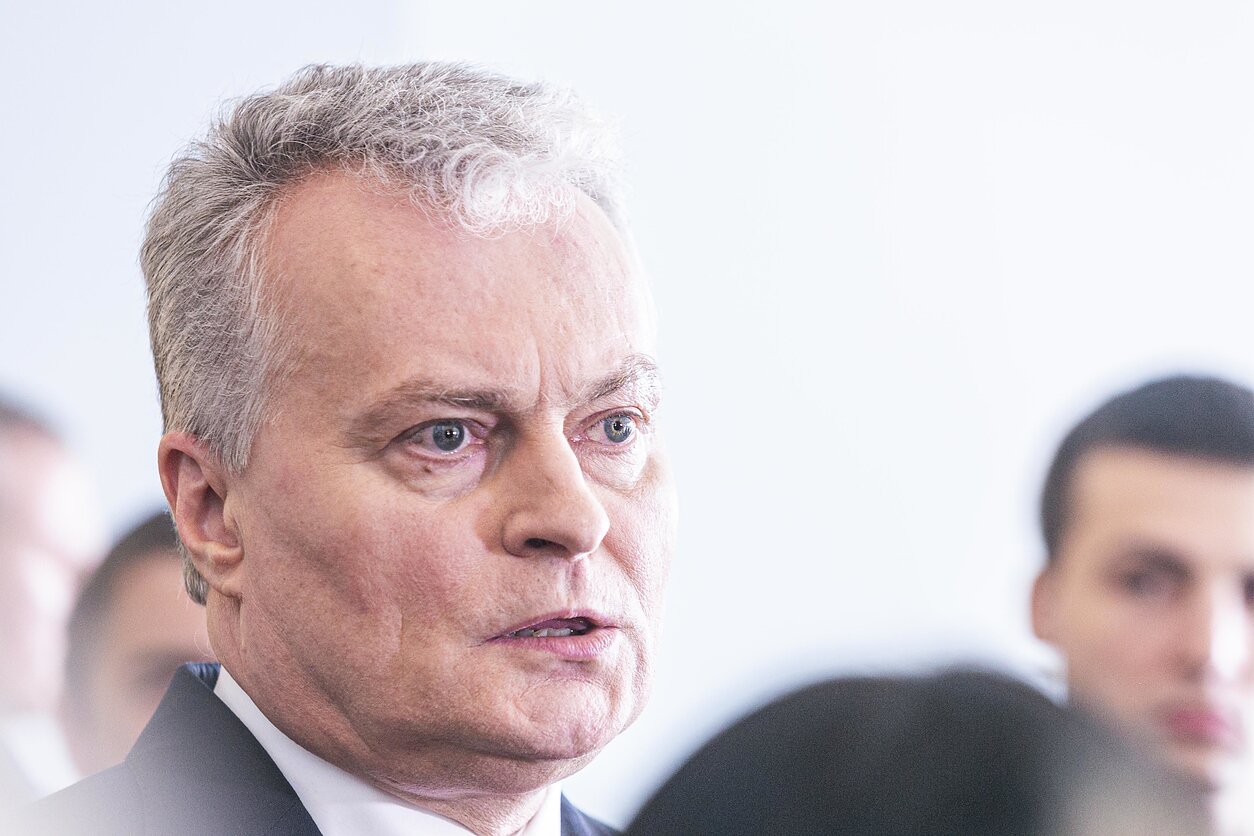