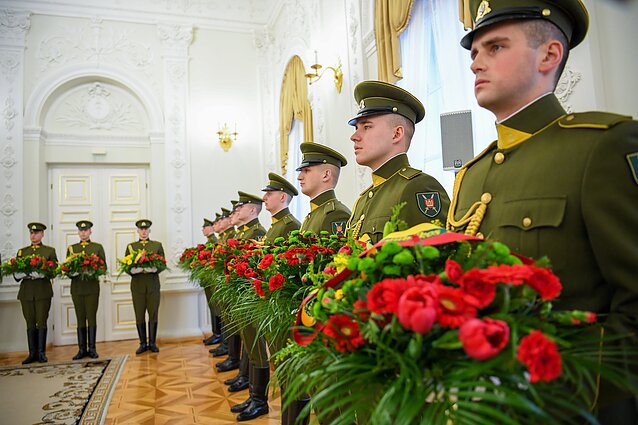 US and Russian presidents were among foreign leaders to congratulate Lithuania in the run up to the country’s Independence Restoration Day on February 16.

“Lithuanians never lost their dedication to their culture and nationhood,” said Trump, according to the Office of the Lithuanian President.

On February 16, 1918 Lithuanian leaders signed the Act of Lithuania’s Independence, setting the legal framework for the modern Lithuanian state.

“From the singing human chain of the Baltic Way [...] in 1989, to the declaration of independence from the Soviet Union in 1990, to the erection of barricades to protect the parliament from Soviet military units in 1991, Lithuania successfully fought for human dignity and national sovereignty,” wrote the US president.

On Friday, Queen Elizabeth II of the United Kingdom wished all the best for the people of Lithuania in the years to come. 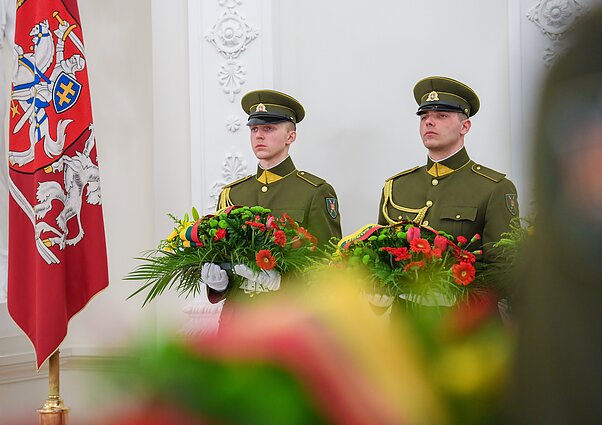 Emperor Naruhito of Japan addressed a letter to the Lithuanian President Gitanas Nausėda , expressing “my heartfelt congratulations and sincere good wishes for your happiness and for the prosperity of the people of your country”.

Frank Walter Steinmeier, President of Germany emphasised that Lithuania is and remains an important partner of Germany in the EU and NATO.

French President Emmanuel Macron pledged to continue “contributing to the security of the Baltic region”. 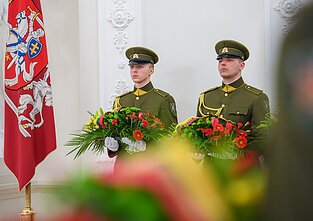 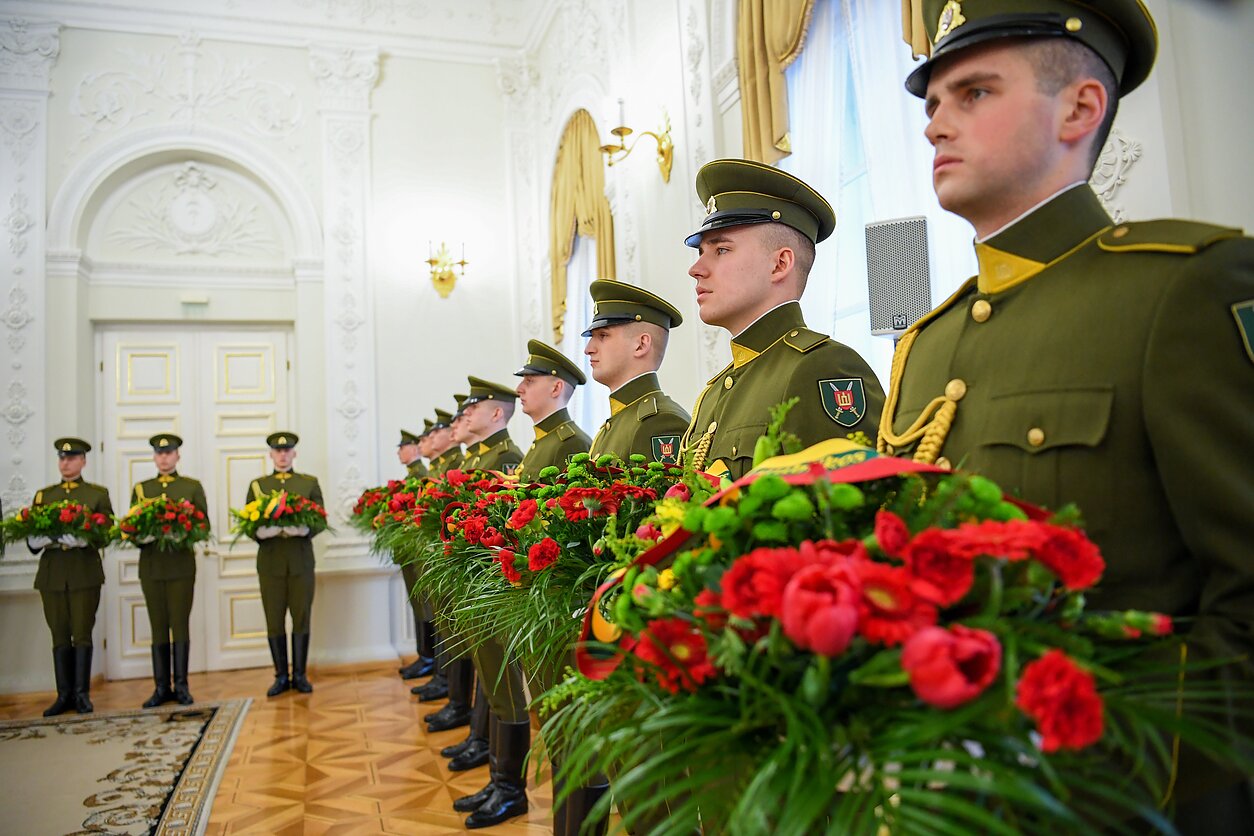 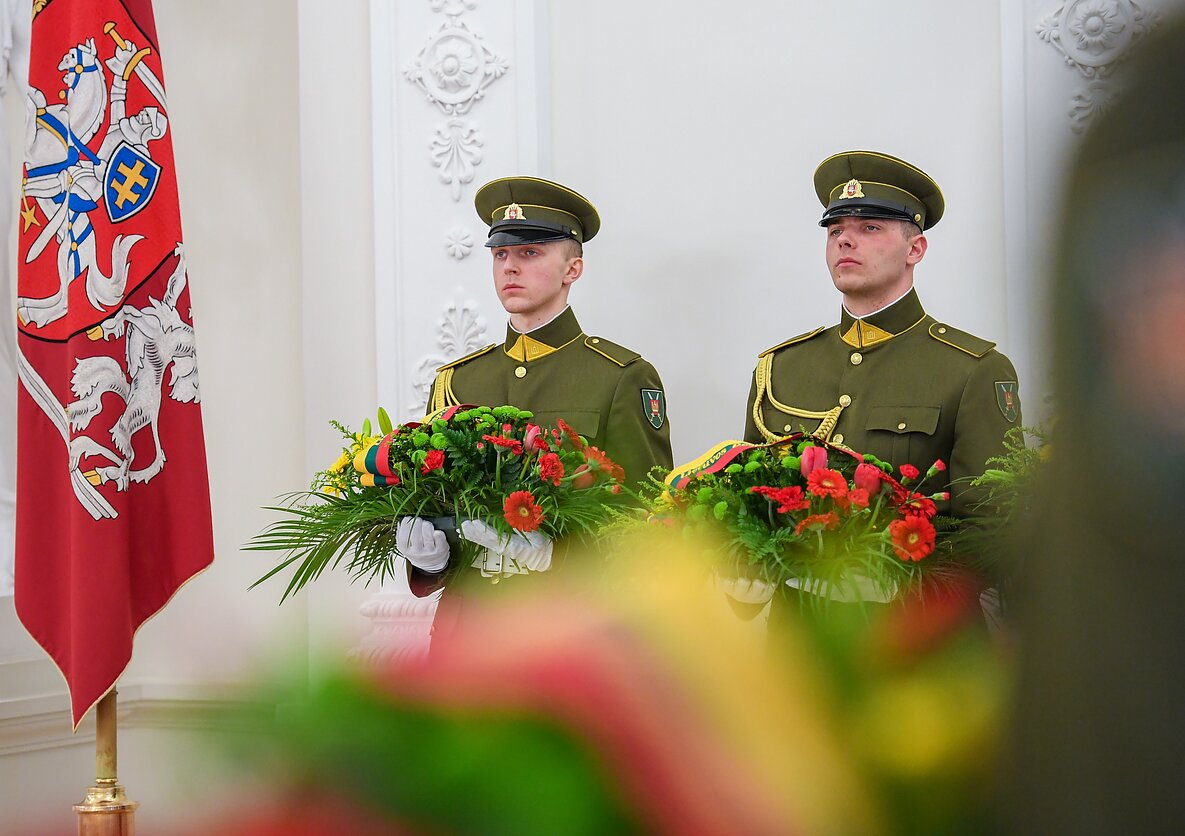