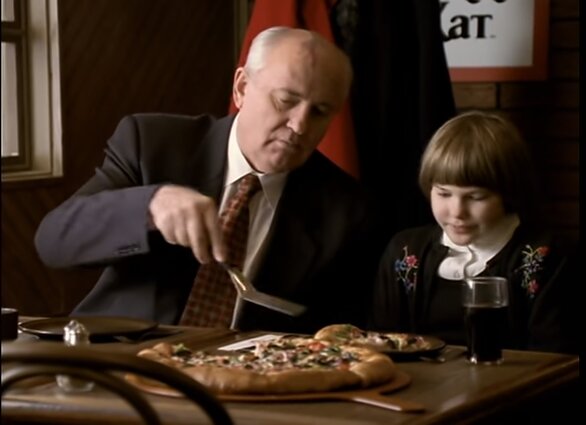 “There’s an undeniable voyeuristic frisson of seeing a man who once commanded a superpower hawking pizza,” wrote Paul Musgrave in Foreign Policy.

The ad broadcasted in 1998 shows Russians talking politics around a Pizza Hut table in Moscow. Pointing at the last Soviet leader Mikhail Gorbachev sitting down at an adjacent table with his granddaughter Anastasia Virganskaya, one of the visitors proclaims: “It’s Gorbachev!”

The elderly visitor proceeds to blame Gorbachev for the economic ‘bardak’ (chaos), while a young, blond Russian man, evidently representing the pre-Putin generation of hopefuls, hail the “opportunity’ presented by the former Soviet leader.

The back-and-forth continues, until an elderly lady points out that Pizza Hut exists because of him, and the whole scene descents into “Hail Gorbachev” cries, Disney-like cheerful beats, and a confident American voice-over pushing the Pizza Hut corporate line.

Back in 1990, the first Pizza Hut restaurans opened in Russia during the last gasps of the Soviet Union, and following the independence of the Baltic states, the restaurant’s supply chain was beginning to crumble. 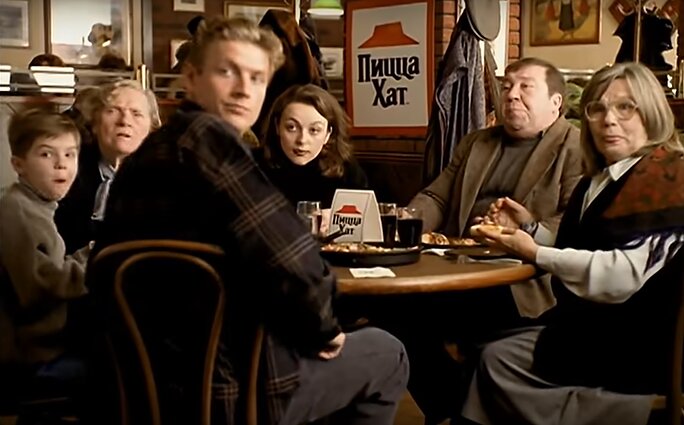 “The mozzarella cheese needed by the two newly opened Pizza Huts in Moscow had become a very expensive import – it was coming from Lithuania, which wanted to sell the cheese elsewhere or at least to be paid in dollars,” LA Times wrote in 1992.

Meanwhile, as Russia was gripped by an monumental economic downfall, Gorbachev needed to finance his foundation that acted as a historical and political research centre. “I needed to finish the building. The workers started to leave – I needed to pay them,” Gorbachev later told France 24, according to Foreign Policy.

Gorbachev eventually agreed, but with several conditions – among them, that he would not eat the pizza. 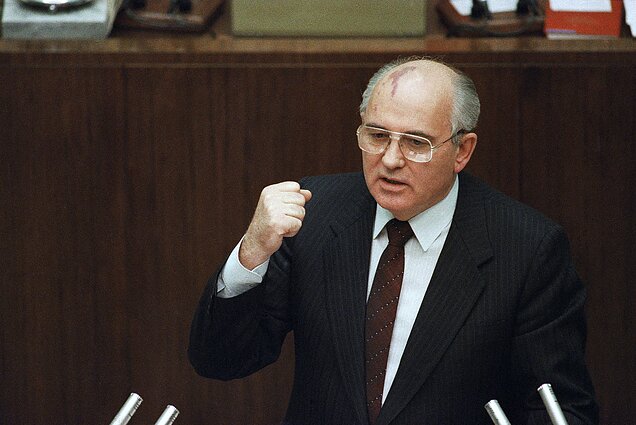 “Gorbachev had suffered the same fate as many Soviet retirees, who had looked forward to generous pensions only to find themselves forced to hustle and scrape to get by as the Russian economy collapsed around them,” wrote Paul Musgrave in Foreign Policy.

The ad is a testament to the chaos in Russia and a somber reminded of the climate that gave rise to Vladimir Putin. 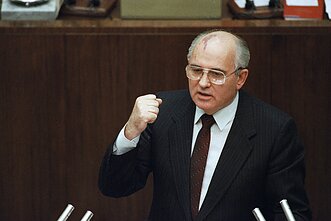 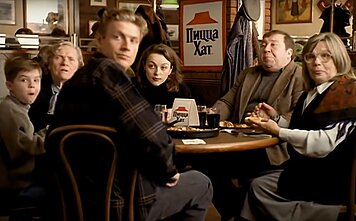