Between identity and politics – Vilnius reaps political dividends from 1863 uprising 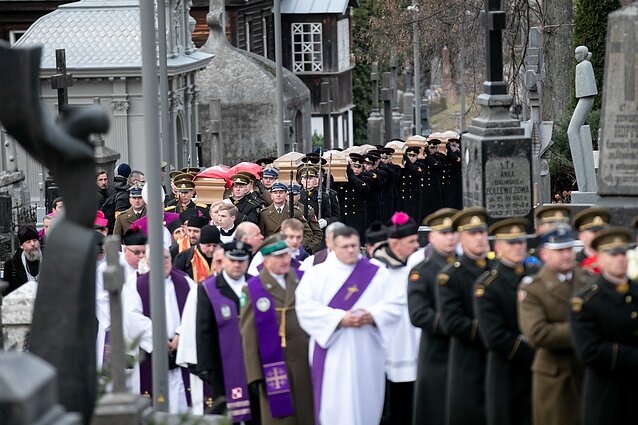 In a spectacular three-state commemoration, Vilnius hosted a state funeral for commanders of the 1863-1864 anti-Tsar uprising. While Lithuanian leaders sought political dividends by having Polish and Belarusian representatives in Vilnius, others attempted to answer the question of what nationality the uprising participants represent.

“It was a wise decision to include all countries and nationalities that participated in the rebellion,” Kęstutis Girnius, an associate professor of political science at Vilnius University, told BNN. “Notably, we saw a very large turnout of Belarusians, an indication of the respect for freedom fighters they have had. It opened – perhaps bolstered – a possibility to improve our ties with Belarus.”

Several hundred Belarusians holding white-red-white national flags of Belarus, often used by the opposition to the authoritarian Alexander Lukashenko regime, gathered outside the Cathedral in the heart of Vilnius at the beginning of the funeral ceremony.

Nausėda did not want to see Lukashenko?

Some of the advisers to President Gitanas Nausėda have considered inviting Belarusian President Alexander Lukashenko to the event, but the proposal was not pursued – Belarus’ Deputy Prime Minister Igor Petrishenko came instead. 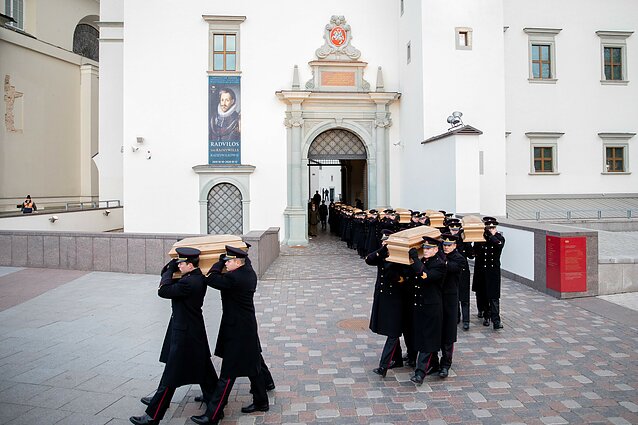 “It would have been much better for Vilnius and Minsk relations if Lukashenko had come,” said Girnius. He adds that the president probably decided not to invite the Belarusian leader so as not to irritate the conservatives, the largest party in the opposition that insists Vilnius should not have anything to do with Minsk as long as Lukashenko is in power.

Polish President Andrzej Duda’s two-day visit in Vilnius showed that Nausėda did “a great job in mending fences – his predecessor, Dalia Grybauskaitė, cannot be credited for that, to put it mildly,” said Dumbliauskas.

Belarusian deputy PM: do not claim them as your own

It was Belarus’ deputy prime minister who dismissed discussions on the ethnic identity of the uprising participants.

He called on nations not to claim the leaders of the January Uprising of 1863-1864 against the Tsarist rule, especially Konstantinas Kalinauskas – Kastus Kalinouski in Belarusian – as their own.

In his speech at the ceremony, Petrishenko described the uprising as “a page of our shared past” that unites the nations involved in it. “Each country has its own image of Kalinowski, but he must not become a historical figure used for political purposes,” he said.

“On the contrary, it is a page of our shared past that we must respect and that unites us now and will unite in the future.”

Belarusian historians claim Kalinauskas had a major influence on the evolution of their nation. Meanwhile, Sierakauskas was born in the region of Volyn in what is now the territory of Ukraine.

Heroes cannot be divided up

Meanwhile, the Lithuanian and Polish presidents underscored at the ceremony that the region should not divide up the commanders of the 19th century uprising based on their nationality.

“We should not divide heroes based on their affiliation with one or another nation, but to realise that their fight for freedom was key, and the fight for freedom unites all nations and makes them related,” Lithuanian President Nausėda told journalists on the eve of the ceremony.

“I am very glad that the Belarusians consider Kalinauskas as their hero [...] we all consider them heroes,” Polish President Duda said in the same press conference, adding that telling the uprising leaders' national affiliations in today's terms is very difficult. 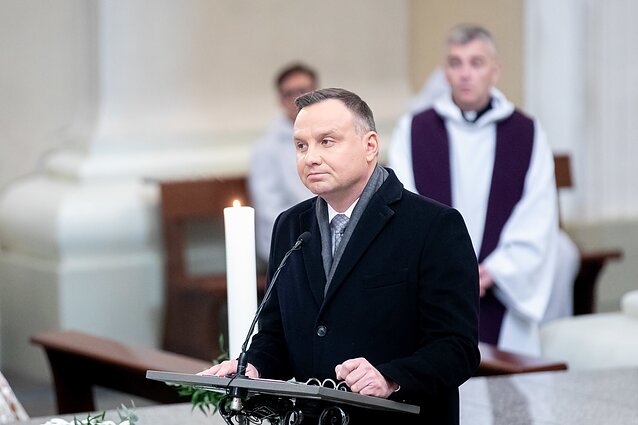 According to Duda, Lithuania and Poland have similar discussions about the poet Adam Mickiewicz, known as Adomas Mickevičius in Lithuania. “He’s our common poet,” the Polish president said.

Yet some Poles believe that the uprising leaders saw themselves as Polish.

“In the old documents available in the national archives, the names of Zigmantas Sierakauskas and Konstantinas Kalinauskas are written in Polish,” suggested a Polish tourist attending the funeral.

National identity not what it was

“The national identity in the middle of the 19th century was perceived far differently than now,” said Girnius from Vilnius University.

“With the nations in the region being oppressed by Tsarist Russia, [national identity] was near to non-existent,” he said. “Only after the first World War did the issue of national identities become important.” 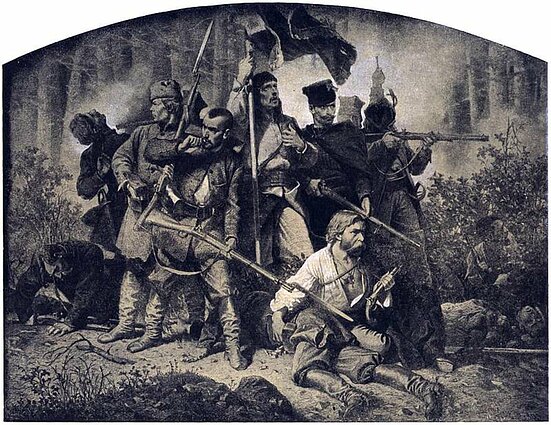 “The 1863-1864 rebellion commanders and the other insurgents perhaps did not identify themselves as belonging to a particular nationality – they just wanted to rid of Tsar’s yoke.”

Dumbliauskas, from Mykolas Romeris University, added that the “the discussions on national identity of the rebellion leaders seem futile to me”.

“During the time they lived, it was more related to the religion and the language they spoke. There was no Lithuania then as we know it now, so their rebellion was against the Tsarist oppression, with no clear political goals.” 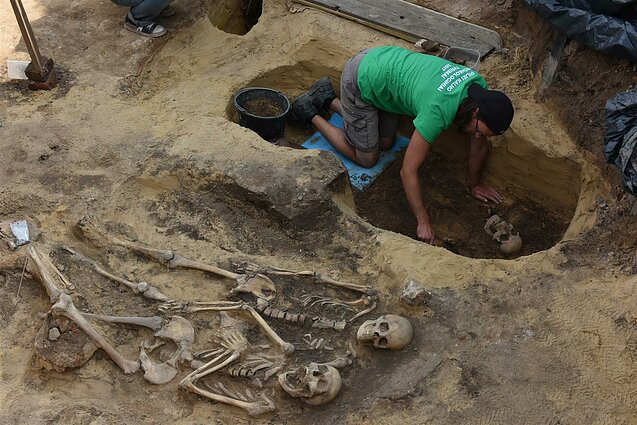 Remains of the 1863 uprising participants were found during excavation of the Gediminas Hill in Vilnius / K. Stoškus

The remains of twenty uprising participants were buried in the old Rasos Cemetery. The Lithuanian-Polish uprising against the Russian Empire took place in 1863-1864. Its commanders were executed in 1864 and their remains were found in Gediminas Hill in central Vilnius in 2017.

This story originally appeared on BNN, and was edited for brevity by LRT English. 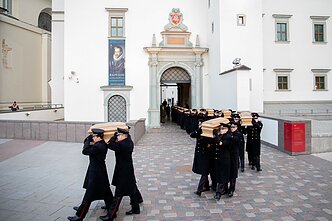 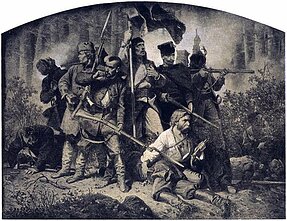 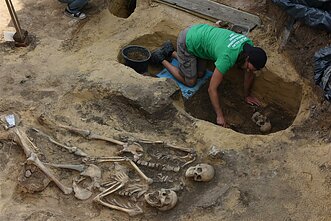 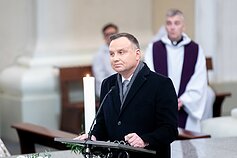