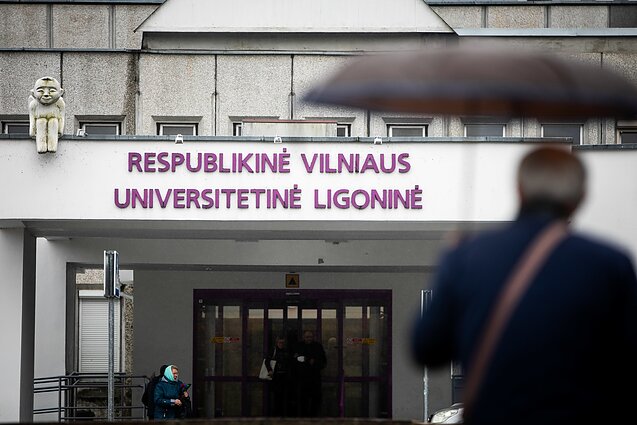 In October, the country was shocked by the news of a young promising doctor taking his own life. The incident provoked his colleagues and doctors from Lithuania's most prestigious hospitals to talk about mobbing, unreasonable hours and the management's inability to ensure proper working conditions.

The doctor in his 30s was found dead at home following a weekend shift at Vilnius University Hospital in mid October.

He has not been named in the media, which has only reported that he was a traumatologist in the hospital's Orthopedics and Traumatology Centre and a father of two.

The hospital initially refused to comment, saying the incident did not happen during working hours and did not involve any public interest. However a number of the man's colleagues and doctors from other hospitals have come forward with stories of abuse by superiors, unreasonable working conditions and absence of any support from hospital management.

“Doctors are under a lot of stress at work. Workloads and responsibility are huge, but no one is offering any help,” commented Danguolė Survilaitė, a psychiatrist at Vilnius Psychiatry Hospital. “We've been talking about the need of psychotherapeutic help for doctors for a long time.”

Other doctors have spoken about the culture of mobbing – systemic bullying of individuals by their colleagues and superiors – that is common in Lithuania's top hospitals.

“I personally find it incomprehensible how some [senior doctors] can have so much arrogance, contempt for younger colleagues,” a doctor, who has requested to stay anonymous for fear of repercussions, has told LRT.lt. “I think that the culture of mobbing has been entrenched so deep into the bodies of these people that they don't feel that they're doing anything wrong.” 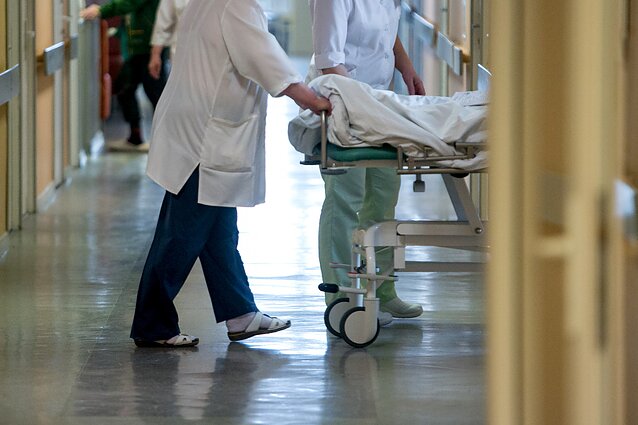 Young doctors are forced to take over their superiors' work and do unpaid and off-the-books overtime. While officially doctors' hours are regulated, in practice “the schedule does not exist,” says another interviewee who also requested not to be named.

“I have attended numerous meetings [...] about improving working conditions. You voice your concerns to the management, that there are problems, there need to be discussions and solutions. [...] And what of it? Essentially nothing has changed,” the doctor says.

They explain that young doctors put up with the conditions and mistreatment because Vilnius University Hospital is one of a handful of prestigious institutions where competition for a spot is fierce, something they are often reminded by their superiors.

A colleague of the doctor who committed suicide has told LRT.lt that he was singled out by the head of the Orthopedics and Traumatology Centre for bullying. 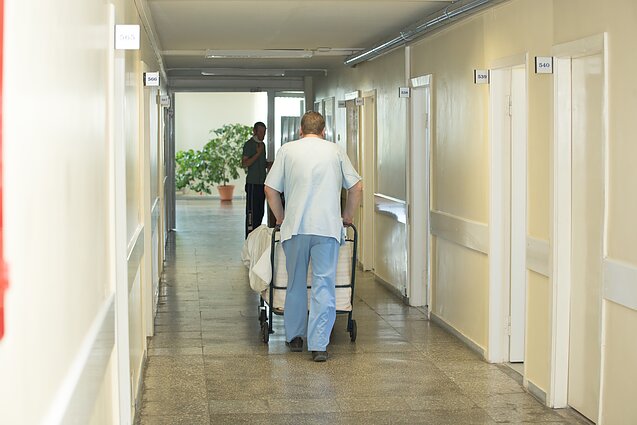 “About three months ago, my colleague began to be pressured for refusing to come to work when he was not supposed to according to the schedule,” the doctor from Vilnius University Hospital, who has also asked that his identity be withheld, says.

The man would be habitually scolded during meetings and the chief threatened to have his medical license revoked.

The chief of the Orthopedics and Traumatology Centre has not responded to requests for comment.

The Lithuanian Medical Movement, a doctors' organisation, has held a rally outside the Ministry of Healthcare last week, lighting candles in memory of their deceased colleague and to draw attention to the problems in the healthcare system. 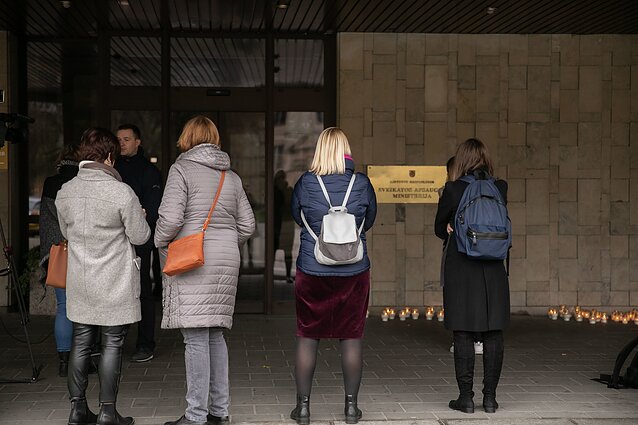 Doctors' action by the Ministry of Health / E. Blaževič/ LRT

“We see that there are systemic problems, there are problems in individual institutions and there are problems with specific individuals. All these are closely interlinked and they are all reflected in the tragedy of this young man,” says the organisation's deputy president Jurgita Sejonienė.

“Better funding would help manage these flows, but the state does not pay enough attention to emergency healthcare. Instead of the needed 120 million euros, the Lithuanian state budget gives only a fourth of that, 36 million,” she says.

Sejonienė also notes that the culture in hospitals discourages doctors from bringing up problems. “If you complain, you'll be bullied by colleagues, because someone else may end up worse off because of it,” she says. “Another issue is how hospital management reacts. It appears that this institution has not reacted, but I hope that this incident will prompt the management to act [...] and look for solutions,” she says.

Vilnius University Hospital has since announced it is offering psychological consultations and group therapy to the employees.

The police have launched an investigation into the circumstances of the suicide and the Ministry of Health has said it will appoint a task group to present suggestions how to address the issues. 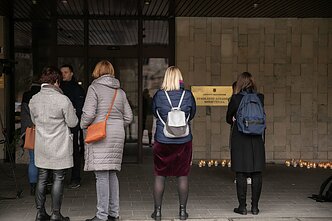 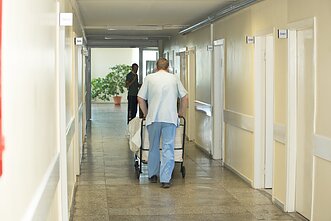 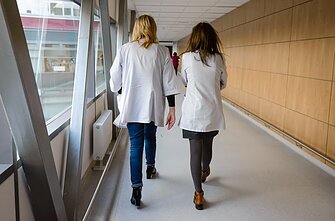 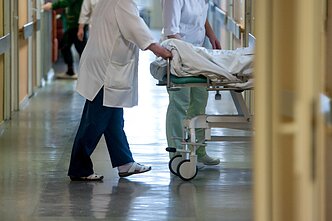 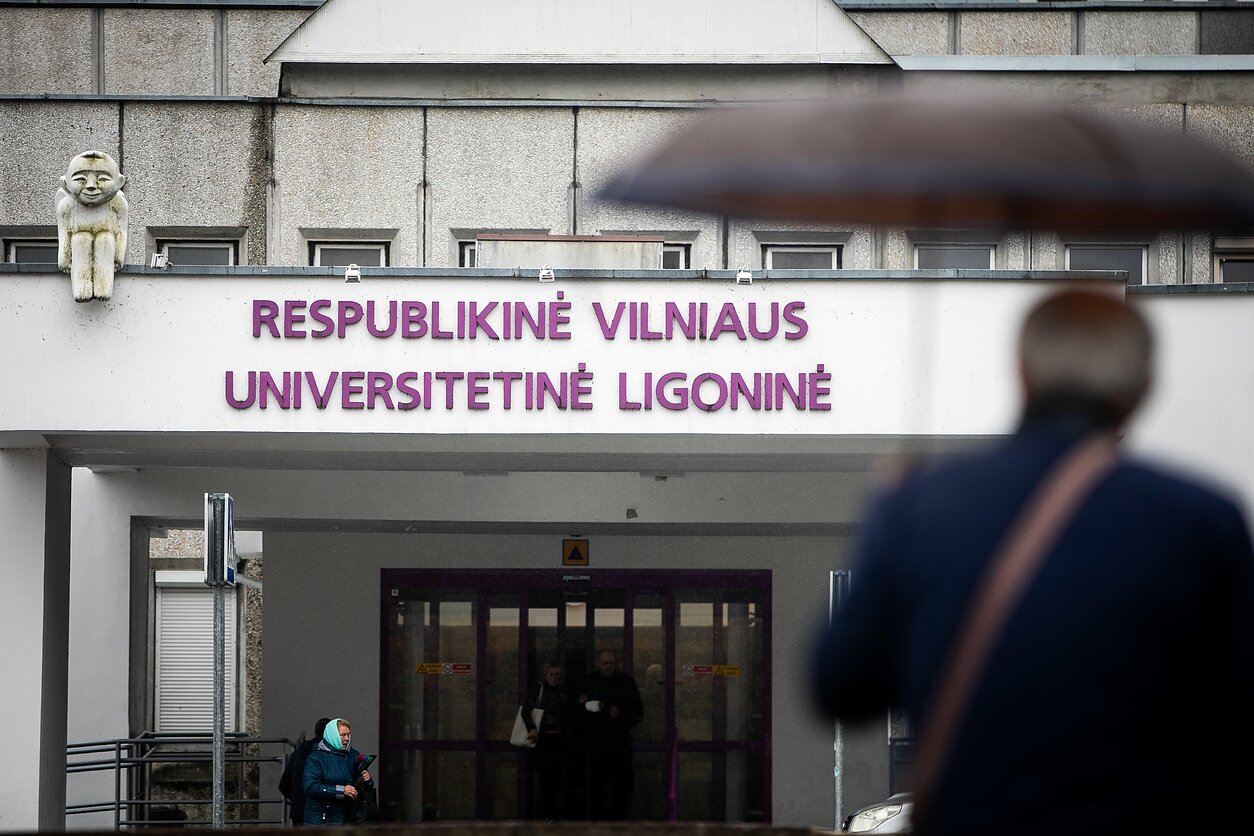 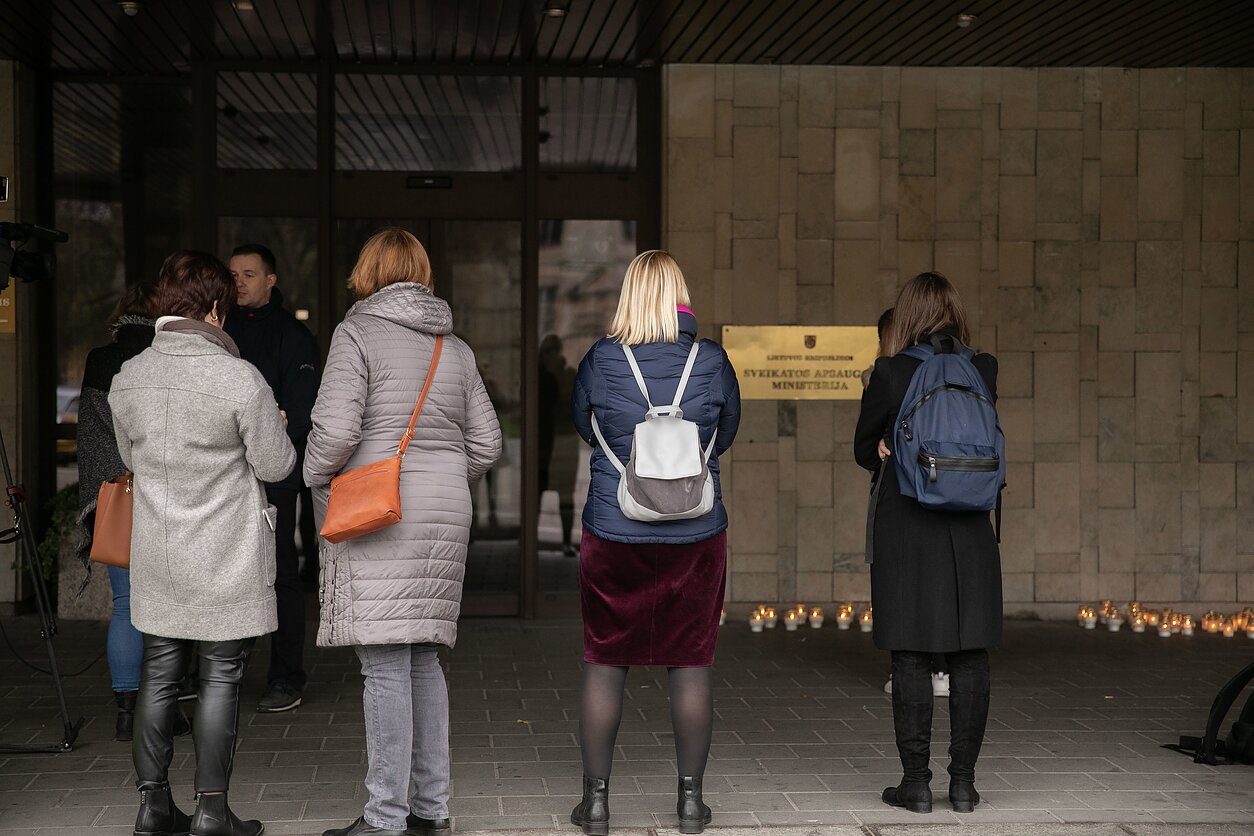 Doctors' action by the Ministry of Health
2 / 5E. Blaževič/ LRT 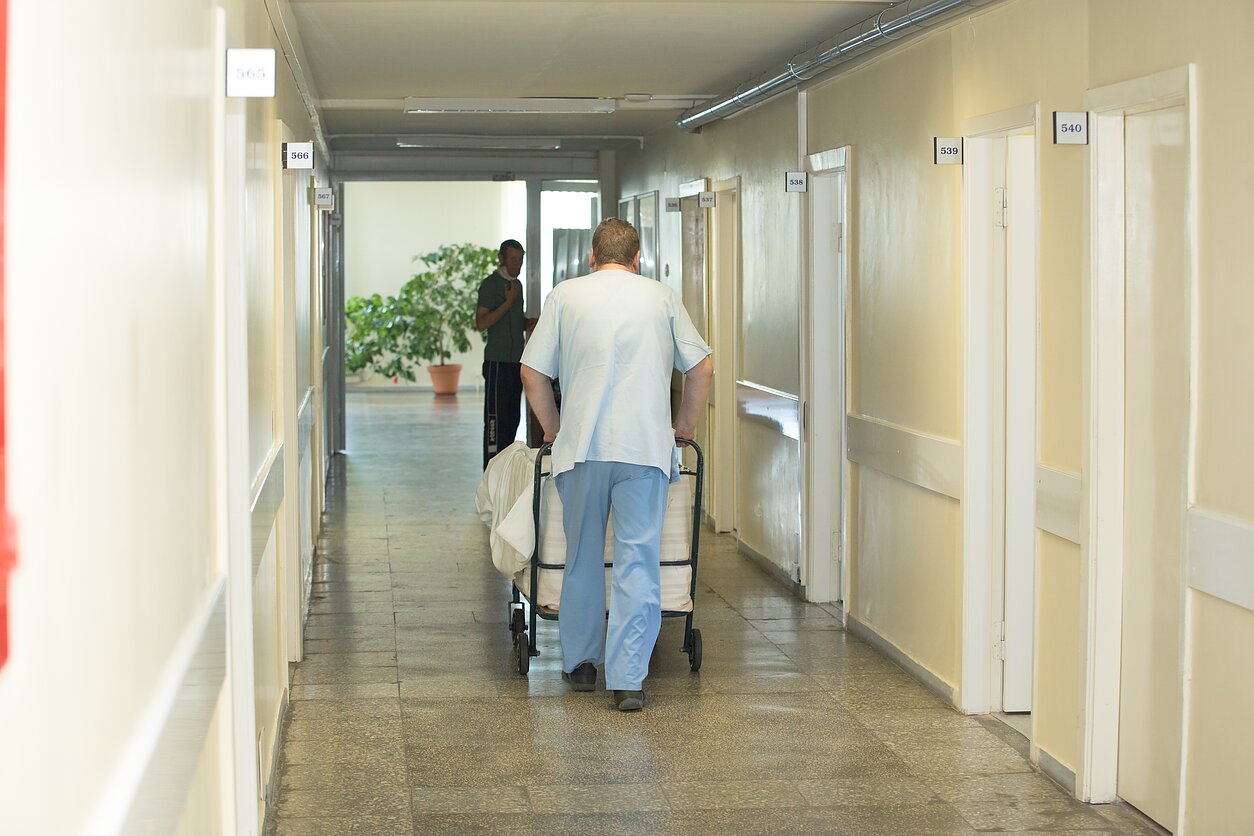 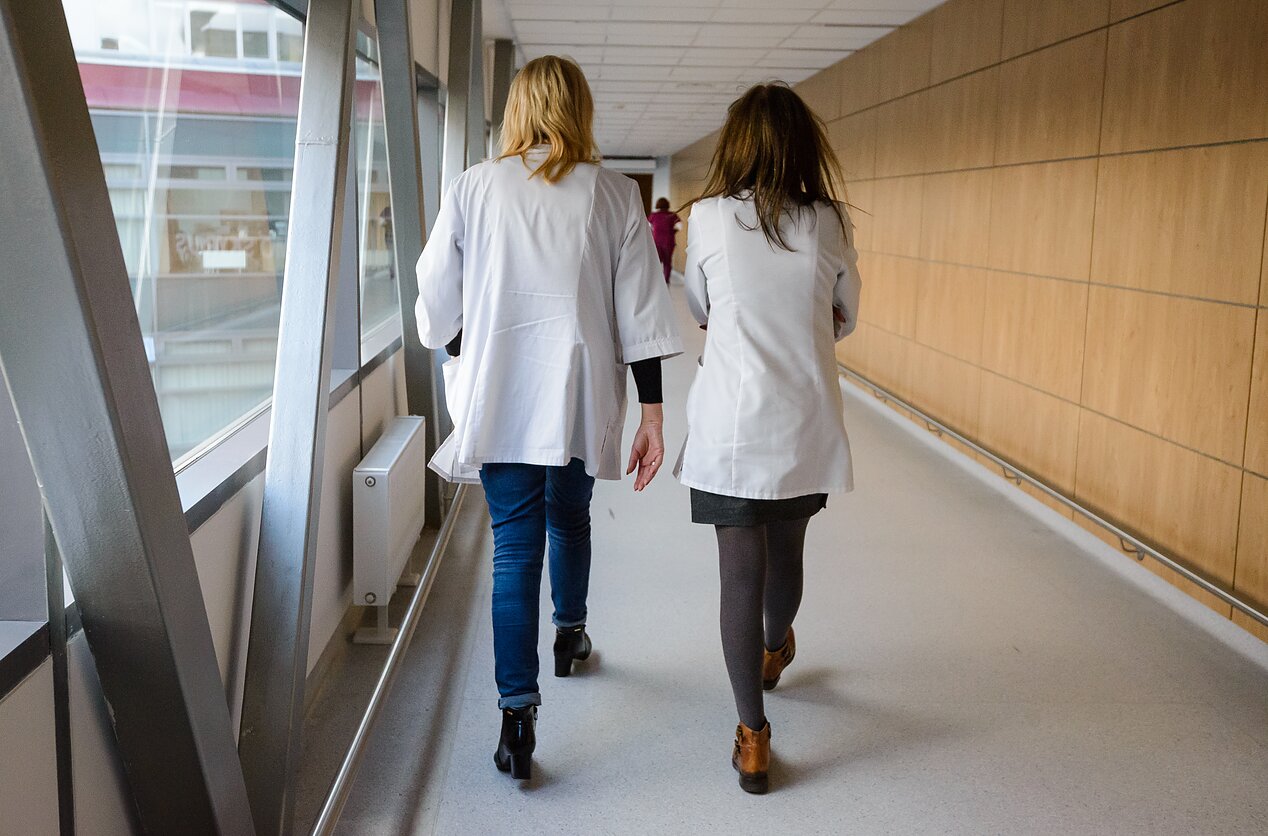 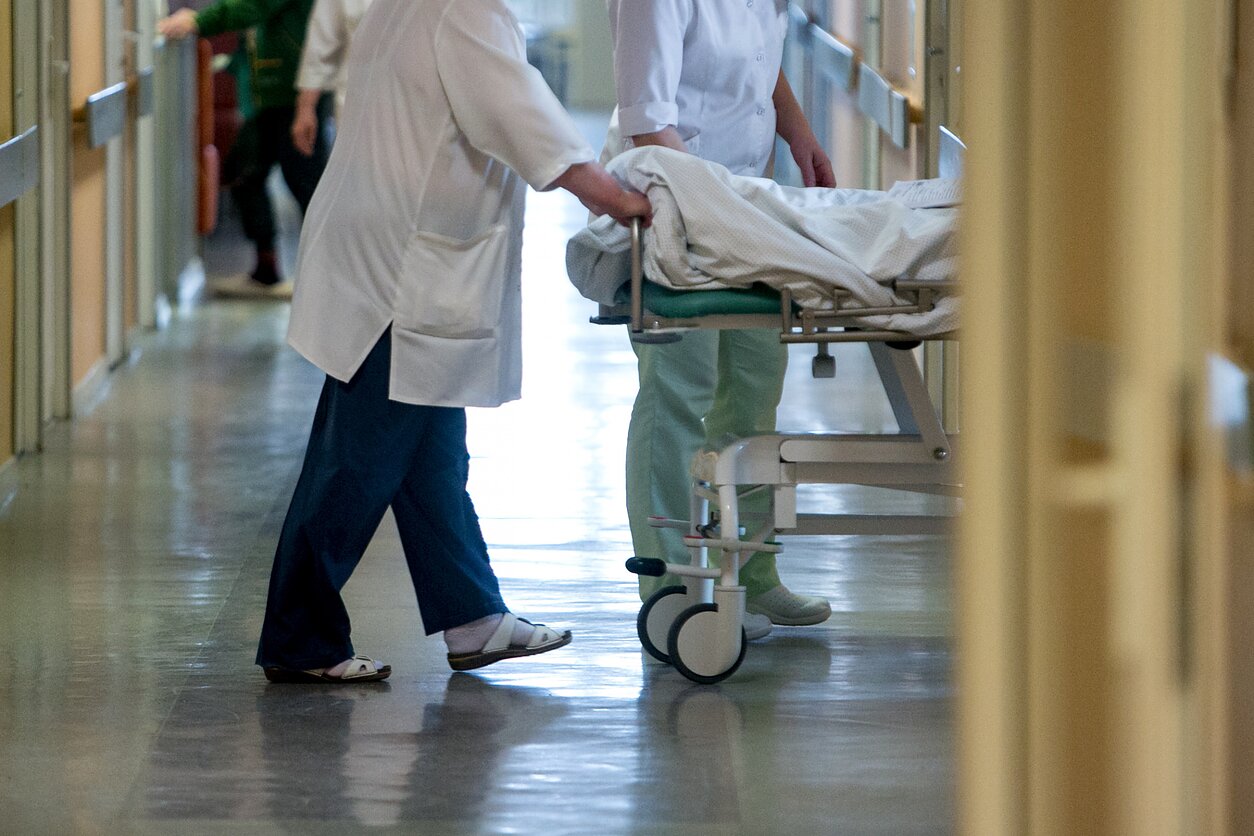