Protesters in Vilnius warn of threats posed by China to Lithuania 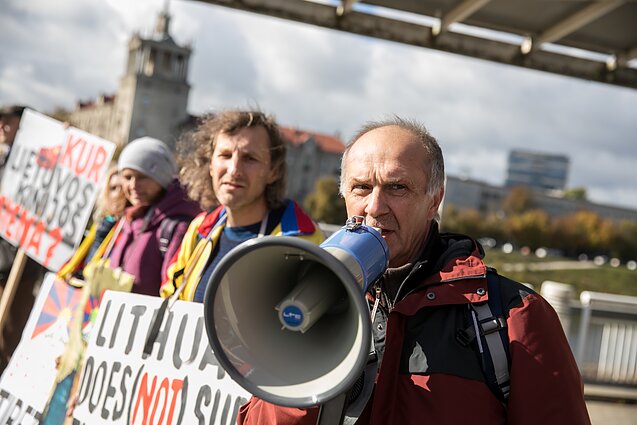 With China marking 70 years of Communist rule on Tuesday, protesters in Vilnius warned about human rights abuses in China and threats posed by Beijing to Lithuania.

Around 20 protestors, including public figures and politicians, held protest banners and flags of Tibet, Taiwan and Hong Kong as they gathered at the capital's White Bridge, the place where the Chinese embassy had planned to hold a fireworks display but was refused a permit by the city's administration.

According to conservative MP Žygimantas Pavilionis, one of the protesters, there have been growing warnings from intelligence bodies in the US, Germany and other European countries, including Lithuania, about threats posed by China.

"Everybody sees, first of all, Confucius Institutes' well-funded activities in our schools and universities. Everyone notices intelligence [activities] and Communist China's wish to take over our infrastructure and to finance the Astravyets nuclear reactor where as many as 400 Chinese are working – that's their 'soft loan' which supported that monster 30 kilometers from our border," he said.

Pavilionis also noted China's interest in Lithuania's railway and port infrastructure and in the development of its fifth generation telecommunications network.

"We should understand that freedom is indivisible, and we are for freedom – whether in Tibet or Taiwan, or Ukraine," he said. 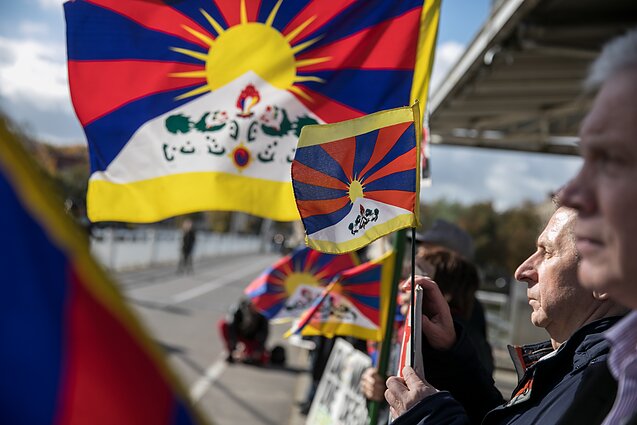 Vytis Vidūnas, director of Tibeto Namai (House of Tibet), called on people to support the idea of ​​a "free China".

"We want to tell people what the People's Republic of China is, and what human rights problems it has," he told BNS.

MP Mantas Adomėnas said it was important to emphasise that the anniversary marks the creation of a Communist regime that has claimed "over sixty million victims".

"This is the anniversary of the terror that still continues and is now holding over a million citizens, residents of the occupied territories, in concentration camps," he told BNS.

On Monday evening, protesters gathered at a nearby hotel where foreign diplomats, business people and several Lithuanian politicians and public service officers attended People's Republic of China 70th anniversary, hosted by the Chinese embassy in Lithuania.

In late August, a minor scuffle broke out after a group of pro-Beijing activists disrupted a pro-Hong Kong rally in Vilnius. The Lithuanian Foreign Ministry handed a protest note to Beijing's ambassador over Chinese diplomats' role in the incident. 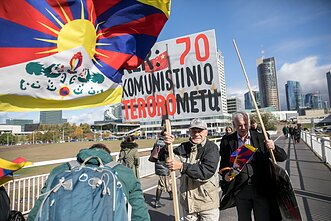 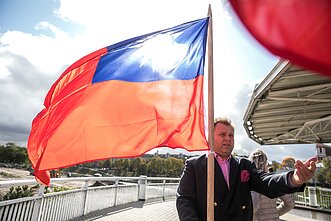 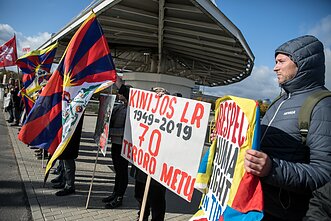 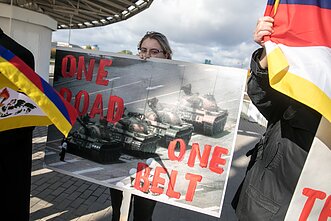 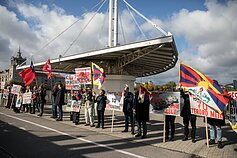 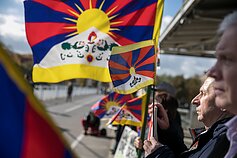