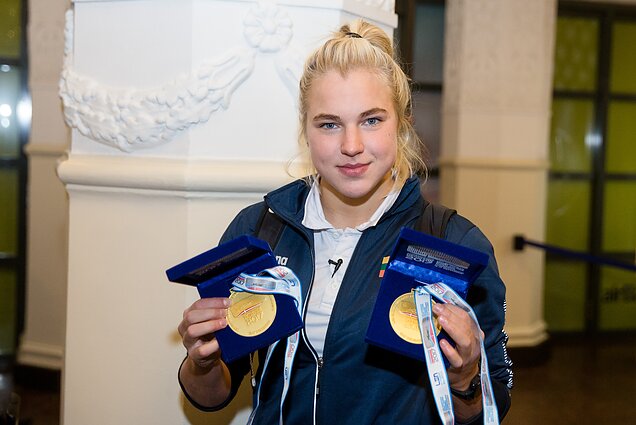 Rūta Meilutytė, the Lithuanian champion swimmer and gold medalist of the London Olympics, is ending her professional athletic career. The 22-year-old says she wants to focus on education.

“I am ready to start a new stage in my life. I am grateful to everyone who supported me on this path and not only,” Meilutytė said in a statement on Wednesday.

“I have given all of myself to swimming so far. This sport has been my whole life since early teens. Due to intense training schedule, I postponed my education I want to focus on now. I want to experience simple things, grow, understand myself better and understand the world around me,” the swimmer said.

Meilutytė has informed the Lithuanian Swimming Federation about her decision.

Meilutytė has been facing suspension of at least one year over doping rules violations.

Meilutytė won gold in the 2012 London Olympics at the age of 15. She has won 18 awards in world and European championships, 12 gold medals and 6 silver.