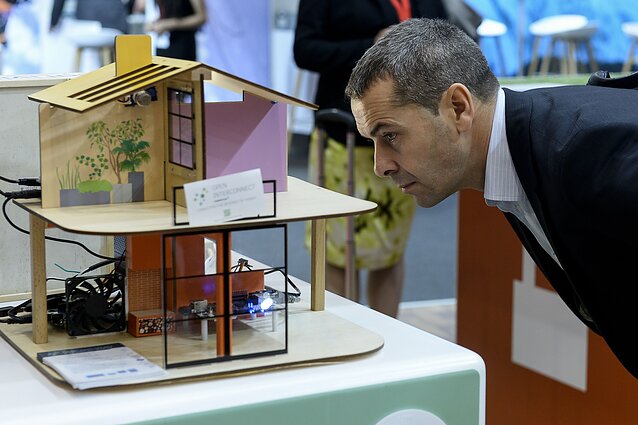 The Lithuanian government has been offering subsidies for young families buying their first homes in regional localities. A new bill would expand the programme to include municipal authorities and private businesses chipping in.

The Gricius family had long had a dream of owning a home. Once they learned about the government's financial support for young families looking to buy their first property outside the main cities, they applied for the programme and purchased a home in Garliava, a small town near Lithuania's second city Kaunas.

“We wanted a home outside the city because we thought it would be calmer, quieter, less noisy, the kids would be able to walk to school,” Agnė Gricienė tells LRT TV.

The government programme introduced last year offers to subsidize between 15 and 30 percent of a family's first home mortgage outside Lithuania's main cities.

In addition to supporting young families, the programme aims to encourage young professionals to settle outside the country's big cities and to stimulate regional property markets.

Now the parliament is considering a bill to expand the programme. A new law would allow municipal authorities and even private businesses to chip in and cover up to 50 percent of a home's value.

“If municipalities want to attract more engineers, they can contribute from their own budgets,” says MP Vida Ačienė who sits on the parliamentary Committee for Budget and Finance.

She adds that businesses have welcomed the initiative, but expect inducements in return, for example, corporate tax exemptions.

“If this thing proves viable, we can review the law in a year or so and add more proposals to benefit the businesses,” Ačienė says.

Municipal authorities also welcome the initiative, according to Roma Žakaitienė, the head of the Association of Municipalities.

However, for the local authorities to be able to offer financial incentives to home buyers, they need bigger budgets, she adds. The programme could give them a leverage in negotiating with the central government.

So far, 246 families have used the subsidies to purchase first homes in the regions. The government has set aside €10 million for the programme.