Grand Duchy of Lithuania on the net 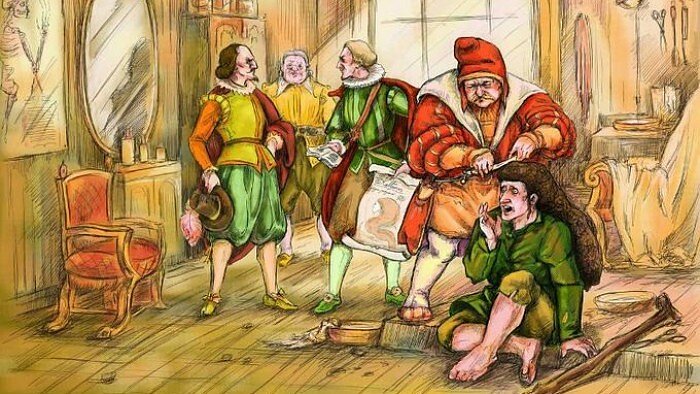 Even Medieval history can have a modern look. To prove that, a group of historians came up with a website, ldkistorija.lt, presenting the history of the Grand Duchy of Lithuania using latest interactive techniques.

Even Medieval history can have a modern look. To prove that, a group of historians came up with a website, ldkistorija.lt, presenting the history of the Grand Duchy of Lithuania using latest interactive techniques.

This world, which became extinct over two hundred years ago, is tackled by reputed historians, art scholars, linguists, experts of heritage promotion and digitization, who, in a highly suggestive and accessible manner, write about everything from art to warfare, mythology to science, spiritual life to medicine.

The website presents a multi-faceted landscape of the Grand Duchy society in concise narratives. One might learn, for instance, whom Morta, the wife of King Mindaugas, called an ape. What disease afflicted citizens of the old Kernavė? Who was the first Lithuanian who climbed an Egyptian pyramid? Who liked watching the stars while lying on his back?

The website also hosts a very valuable cartography collection of Joachim Lelewel, a pupil and professor of Vilnius University. Before, everyone who wanted to take a look at the 500-year-old maps, was obliged to come to Vilnius University library, having booked the documents in advance. Whereas now, anyone can access digitized copies with just a few clicks.

Webmasters plan to add more functions to the website in the future: a history timeline and a mobile app. Moreover, materials are to be translated into English, making the history of the Grand Duchy of Lithuania accessible to the international community as well.

- The history of the Grand Duchy of Lithuania goes online. How did you come up with the idea to digitize this period?

- Jančoras: After looking around in Vilnius University library, we initially decided to digitize the collection left by the Polish historian, cartographer, geographer, patron of the arts, one of the founders of European numismatics, teacher, professor of the Universities of Vilnius, Krakow, and Brussels, Lelewel.

Soon, however, we came to doubt if the digitized database of maps would be sufficiently useful, interesting, and attractive to users. We discussed it and came to the conclusion that we needed something bigger – an innovative, accessible, and concise introduction of the history of the Grand Duchy of Lithuania. And so our cooperation with historians began.

- So the whole thing came from below, if you will, not from historians, but IT specialists interested in history?

- Petrauskas: In a sense it could be said to have been a commission from the society. Historians, though, threw themselves into the project very enthusiastically. The Grand Duchy period is quite exciting and colourful. On the one hand, there's the eternal question of how much the current Lithuanian society can identify with the history of the Grand Duchy. On the other hand, historians as well as journalists note a growing interest in the Grand Duchy period, which is currently going through a renaissance of sorts.

So this website was historians' response to a social need.

- It is a gigantic task to give a review of a centuries-long history. Was it difficult to agree on criteria for selecting materials?

- Petrauskas: We agreed from the very start to do a history which would not look like encyclopaedia entries, preferring curious and lesser-known stories. So it is a very narrative, visual, and multi-layered history which aims to present as diverse a picture of the Grand Duchy as possible.

Besides, we conceded that the project does not have to cover the entire period and give a comprehensive account of it. Instead, it is a collection of select events and phenomena classified under various topics. Readers can choose from 15 headings covering topics from politics, economy, and warfare to everyday life. We switch between traditional subjects and those that are less explored, like medicine, science, and technologies.

One section is dedicated to myths that are still with us but that have originated in the Grand Duchy period – like marriage of Kęstutis and Birutė, the whole mythology surrounding Barbora Radvilaitė, the stealing of Vytautas' crown; we also discuss the theory that Lithuanians were descended from Romans. The historians explore how these myths come about, how they got entrenched in the society's psyche and persisted for centuries until one day people started taking it for a fact and not a legend that it was.

One more important topic – personalities that deserve more extensive presentation. We took a somewhat less traditional route – we selected colourful characters and put them into two categories: vagabonds and villains. We wanted to present travellers who discovered the world and trespassers who were regarded as villainous by their own societies but whose stories well reflect their times.

- Jančoras: We have prepared 700 stories in total. About 300 of them are already available on the website, the rest will be put up by the end of this year. The articles are already written, complete with illustrations and audionarratives, now all that remains is technical work.

- The contemporary society is very demanding of those who seek its attention. You have put much effort into making the website attractive, innovative, and up-to-date. Are you happy with the result?

- Petrauskas: This was one of the key challenges that historians and designers tried to tackle together. We, historians, were put under much stress – we had to squeeze our years-worth of knowledge into a designated form – a few pages of text. So we had to present information clearly, concisely, but at the same time comprehensively and put it into a context. Moreover, we had to abandon our usual academic language, to write casually and suggestively. But our mission was not just to intrigue, we had to give our readers a full and closed narrative. So these few pages of text are a result of years of intellectual labour. Each article is written by experts of their respective fields – historians, archaeologists, art and literary scholars, linguists. In all, about fifty people.

- Jančoras: In my calculations, 125 people contributed to the project. Textual information is supplemented with illustrations: historical iconography or modern interpretations by today's graphic artists. In this way, we seek to bring this old period closer to contemporary reader.

Sure, we could have gotten away more easily, stopping at digitization of historical materials – but the team got so excited about the idea that we all did our best to present a much more innovative product.

- For whom is the website intended – secondary school students, scholars, history fans?

- Jančoras: The digitized Lelewel maps are valuable pieces of Lithuanian and European history, a cultural heritage, and now scholars as well as ordinary people will have a chance to access their digital copies.

The Lelewel collection is intended for a specific audience – people with an interest in cartography. The website offers an array of sophisticated tools to analyse the maps, inspect them, compare, etc. One can do serious historical research with this material.

The purpose of the Grand Duchy stories is to engage readers. Some of them say they get much pleasure out of reading about history. It's a good way of expanding one's horizons. In other words, the site can be interesting to both experts of the Grand Duchy history and those who are new to it.

- Petrauskas: In general, Lithuanians know relatively much about the old history of their country. But when we talk to people, we notice that their information is outdated. It lacks colour, those shades that historians have only discovered over the last twenty to thirty years. So we share the new discoveries and approaches on the site.

- But one thing that the website does not have is a forum where people could discuss and comment on what they've read.

- The project is partly funded by the EU, so you are obliged to keep it running for at least five years. Have you given any thought to what is going to happen to it afterwards? Will it not be just one more address in the wilderness of the internet?

- Jančoras: I know what you mean – funding ends and so does the motivation. But we won't let the project die. We would like to go beyond national borders and expand the project to include the entire region, inviting the Poles, Belarusians to join, translate information into foreign languages. I do not know if it is possible or, after all, needed. But there are no comparable projects in the region. The fact that we cannot make this into a commercial project does not mean that businesses will not join and get it moving.

But for now, we have enough challenges to deal with here, in Lithuania. The website has been accessible for a little over one month so it is important that as many people as possible hear about it. Those who've already visited leave positive feedback. For example, one man phones us and asked when we were going to put more materials up, as he had read everything already. And school pupils tell their parents that history can be an interesting subject, too.

- Petrauskas: And how can it be otherwise? The history of the Grand Duchy of Lithuania is not just a ramshackle of facts and events. It includes lives of people as well as of the state, their destinies.