For gourmets of Lithuanian cuisine, follow the ‘zeppelin map’ 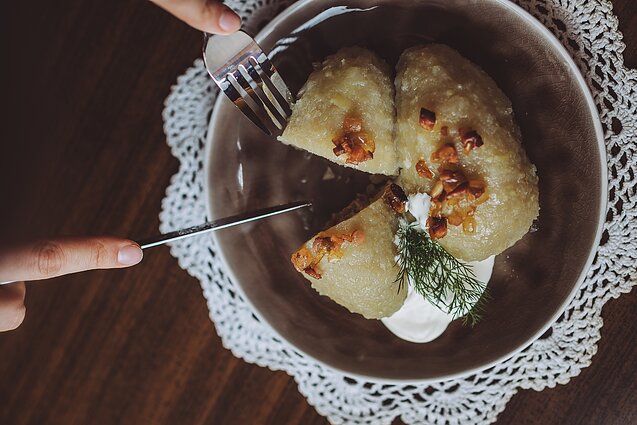 The potato season is in full swing in Lithuania. It can only mean one thing – an endless supply of one of the most favourite national dishes, zeppelins (cepelinai).

For those who are looking to explore the new and unusual tastes of these large potato dumplings, Lithuania Travel has prepared a zeppelin map.

According to the UN Food and Agriculture Organisation, an average Lithuanian person consumes around 250 grams of potatoes every day. This is almost 100 kilograms per year, according to the Lithuania Travel press release.

But the myth that Lithuanians eat more potatoes than any other nation is not true, according to Lithuania Travel spokeswoman Snieguolė Valiaugaitė. People in China, India, the US, and Russia consume more potatoes per capita than Lithuanians, she says.

“Even though we are not the nation that eats the most potatoes in the world, […] Lithuanians cannot imagine their cuisine without zeppelins,” Valiaugaitė adds. 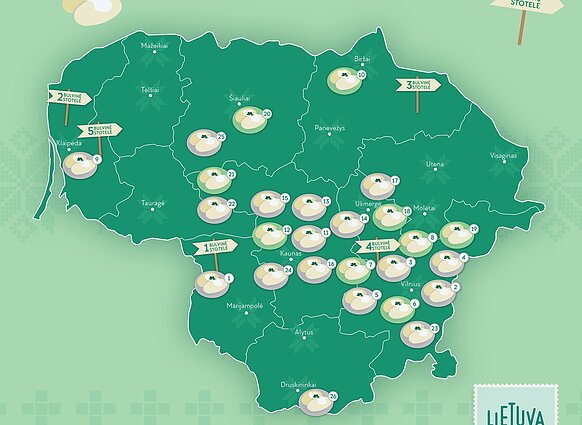 “Moreover, zeppelin tasting is on almost every tourist’s to-do list when visiting Lithuania,” she notes.

The zeppelin map indicates places across Lithuania that serve the dish in most diverse flavours, including potato dumplings stuffed with cod, curd and mint, carrots, and beaver or rabbit meat.

It also invites people to visit a potato museum or admire potato sculptures in Lithuania’s Kretinga and Rokiškis districts. 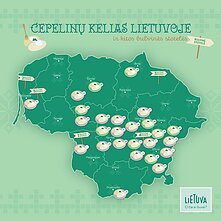 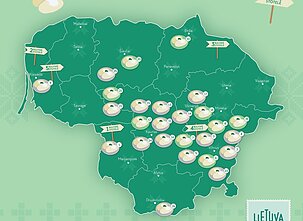