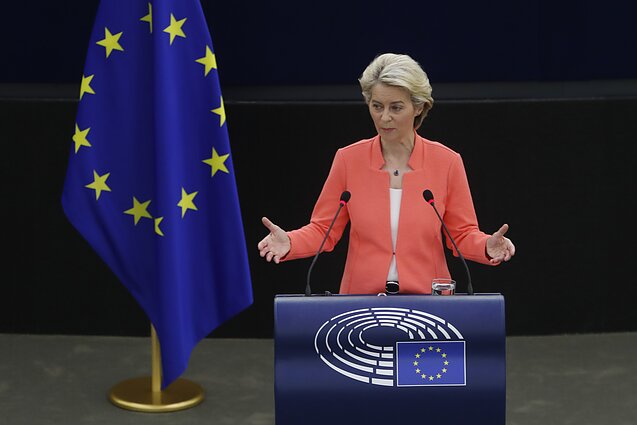 EU Commission President Ursula von der Leyen in her annual State of the European Union Address sent a message of support to Baltic states and Poland dealing with migrants being sent to the EU border by the Belarusian regime, calling it “a hybrid attack to destabilise Europe”.

Addressing the European Parliament on Wednesday, von der Leyen linked the situation on the EU border with Belarus to the Commission's new migration management proposal that has been struggling to win support from some member-states.

“Human beings are not bargaining chips. Look at what happened at our borders with Belarus. The regime in Minsk has instrumentalised human beings. They put people on planes and literally pushed them towards Europe's border,” the EC president said.

“Rest assured, we will continue to stand together with Lithuania, Latvia and Poland and let's call it what it is, a hybrid attack to destabilise Europe. We'll never tolerate that,” she continued.

Von der Leyen then made a tough appeal for EU countries to agree on a common approach to migration, which has been blocked by countries like Poland and Hungary.

“We will set out new ways to respond to such aggression and ensure unity and protecting our external borders. But as long as we do not find a common ground on how to manage migration, our opponents will continue to target this,” she said.

The EC has presented the new Pact on Migration and Asylum in September 2020, but since then “progress has been painfully slow”, she acknowledged.

Von der Leyen emphasised that “Europe will always live up to its enduring duty to the most vulnerable and most in need” and that “migration should never be used to divide us”. 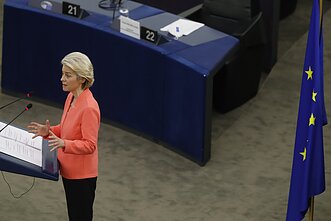 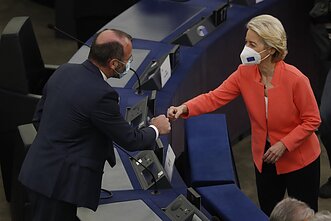