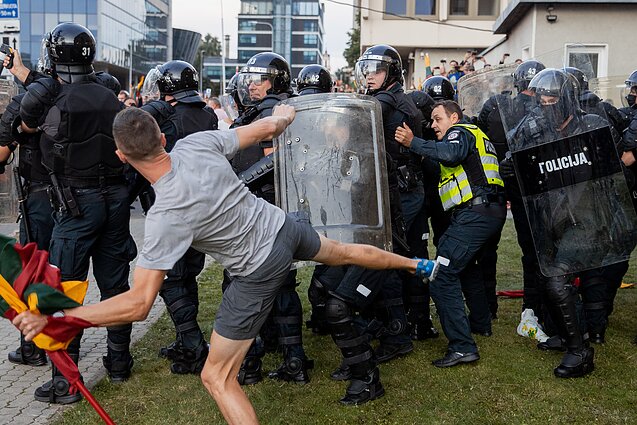 Lithuania’s State Security Department (VSD) has warned about a heightened risk of violence during protests.

The VSD said in a press release on Monday that the agency passed its report to Vilnius City Municipality which had asked it to assess potential threats to public security during upcoming protests.

On August 10, a rally protesting the government's coronavirus measures turned into a riot. The organisation behind the event is planning another rally on September 10.

“These events in Lithuania have recently been attracting not just peaceful participants, but also advocates of political extremism, supporters of Kremlin and Minsk ruling regimes and people with an inclination for violence,” the VSD said in its assessment.

According to the VSD, the August 10 rally organisers and leaders failed to control the crowd and prevent “some of the participants from actions breaching national legislation”.

“Such developments are also likely during other events of similar nature,” the assessment said.

The VSD also noted a spread of conspiracy theories about “universal control”, distrust in public authorities and protests against restrictions which had intensified in various Western countries during the Covid-19 pandemic.

According to the VSD, while the organisers of protest rallies usually refrained from using illegal methods, “non-influential but aggressive groups” attempted to use protests to their advantage.

“During peaceful mass protests, aggressive and extremist groups often try to storm into buildings of public authorities, refuse to comply with the requirements of police officers and provoke riots,” the department said. 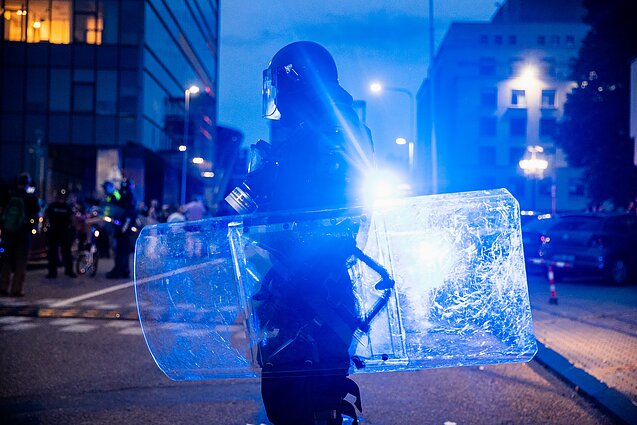 A protest rally outside the parliament turned into a riot on Tuesday / J. Stacevičius/LRT

Similar protests have occured in Lithuania, too, according to the VSD, directed against pandemic restrictions, the Istanbul Convention, the initiative to legalise gender-neutral partnerships, migrants, etc.

The VSD also said that it provided “classified intelligence products” in March and May, notifying the mayor of Vilnius about emerging protest movements and the risk of social unrest.

Some 5,000 people gathered outside the parliament building on August 10 to protest against the government's planned restrictions for people without Covid-19 immunity.

In the evening, when a parliament session ended, some protesters blocked exits from the building. As officers attempted to push people away, a riot broke out and officers were pelted with bottles and flares. The police used teargas against the protesters. Several dozen people were detained. 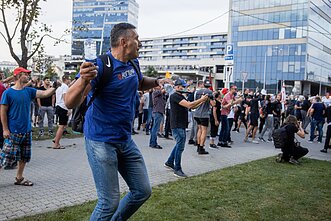 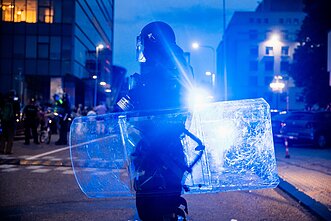 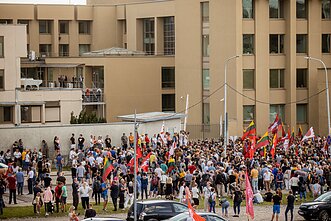 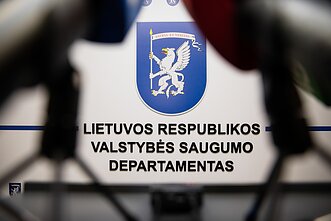