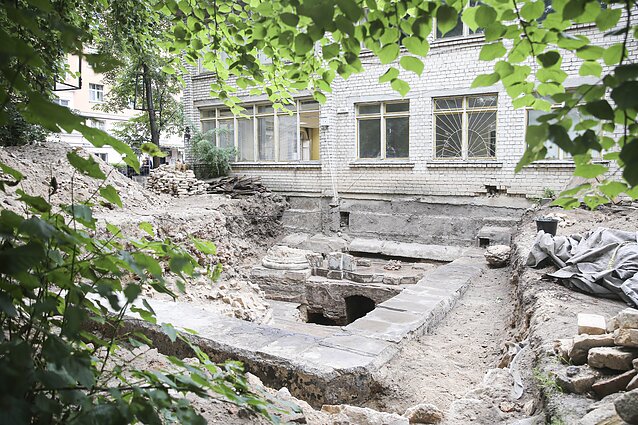 A team of Israeli and Lithuanian archaeologists excavating the site of the Great Synagogue of Vilnius have unearthed the remains of columns, a decorated floor mosaic, and a hand-shaped ritual Torah pointer.

The team, who have been digging on the site for five years, have been focusing on the key part of the Great Synagogue – they have fully exposed the Aron Kodesh, or the Holy Ark, where the Torah scrolls were stored, and the Bimah, the platform from which the Torah was read, that were found during previous excavations.

The excavations have also exposed two staircases and a decorative floor mosaic between the Aron Kodesh and the Bimah. The same pattern has also been found near the Bimah, which was unearthed in 2019.

Jon Seligman of the Israel Antiquities Authority, the head of the excavation team, told BNS that this year's finds also include the remains of one of the synagogue's massive columns.

"The finds are very limited, because it's an area which was heavily damaged during the construction in the 1950s," he said. "But the most interesting find that we've found is what we call yad. It's a silver pointer which points to the Torah while it is read to the people that are praying." 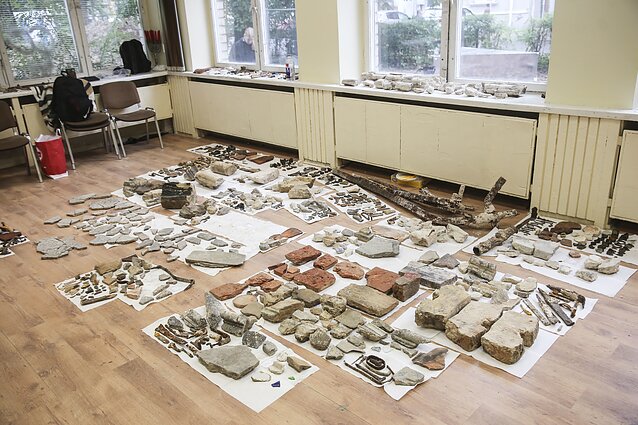 The team has also found wall fragments decorated with blue plaster, an element that was not visible in black and white historical photos, according to the archeologist.

Historical records show that Yesod, a Vilnius Jew, donated funds for the renovation and decoration of the Aron Kodesh and the Bimah after an 18th century fire destroyed part of the interior.

Archaeologists have also exposed the base of one of the four columns that supported the roof of the stone Great Synagogue dating back to the early 17th century.

The archaeological research of the Great Synagogue complex in Vilnius, underway since 2011, has been funded by the Israel Antiquities Authority, Vilnius-based NGO Kultūros Paveldo Išsaugojimo Pajėgos (Cultural Heritage Preservation Force), the Goodwill Foundation and Vilnius Municipality. 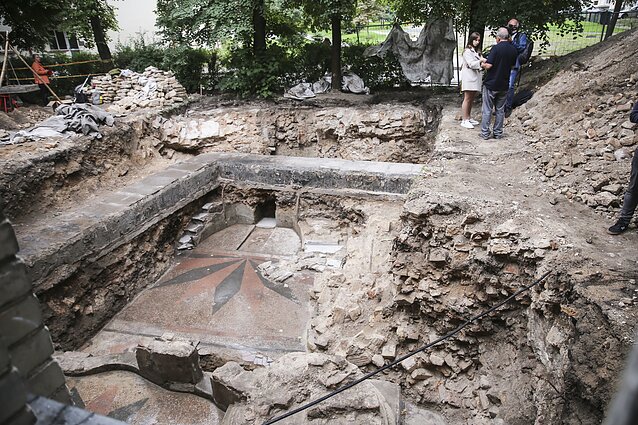 The Great Synagogue was built on the site in 1633 after King Wladyslaw IV Vasa granted a privilege to set up a Jewish quarter in Vilnius and to build a stone synagogue there. Since it was forbidden for a synagogue to be higher than churches, the 12-metre-high structure was dug two metres into the ground.

Later, Shulhoyf, a yard next to the synagogue with buildings for religious, ritual and educational purposes, began to form around the synagogue.

The entire quarter was badly damaged during the Second World War. The building of the Great Synagogue was finally demolished in 1955–1957 and a kindergarten was built on top of it. 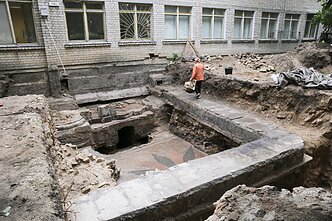 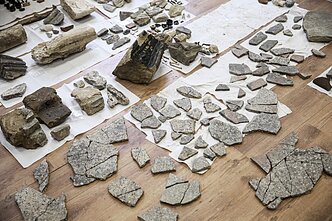 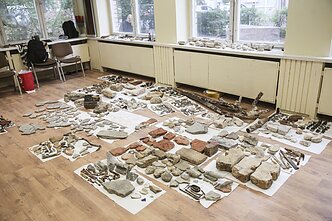 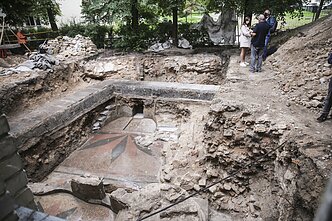 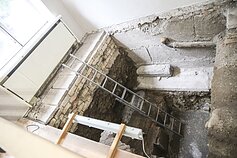 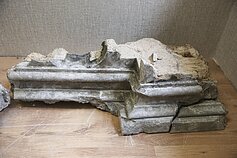 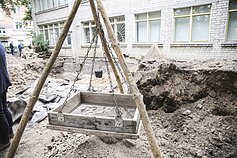 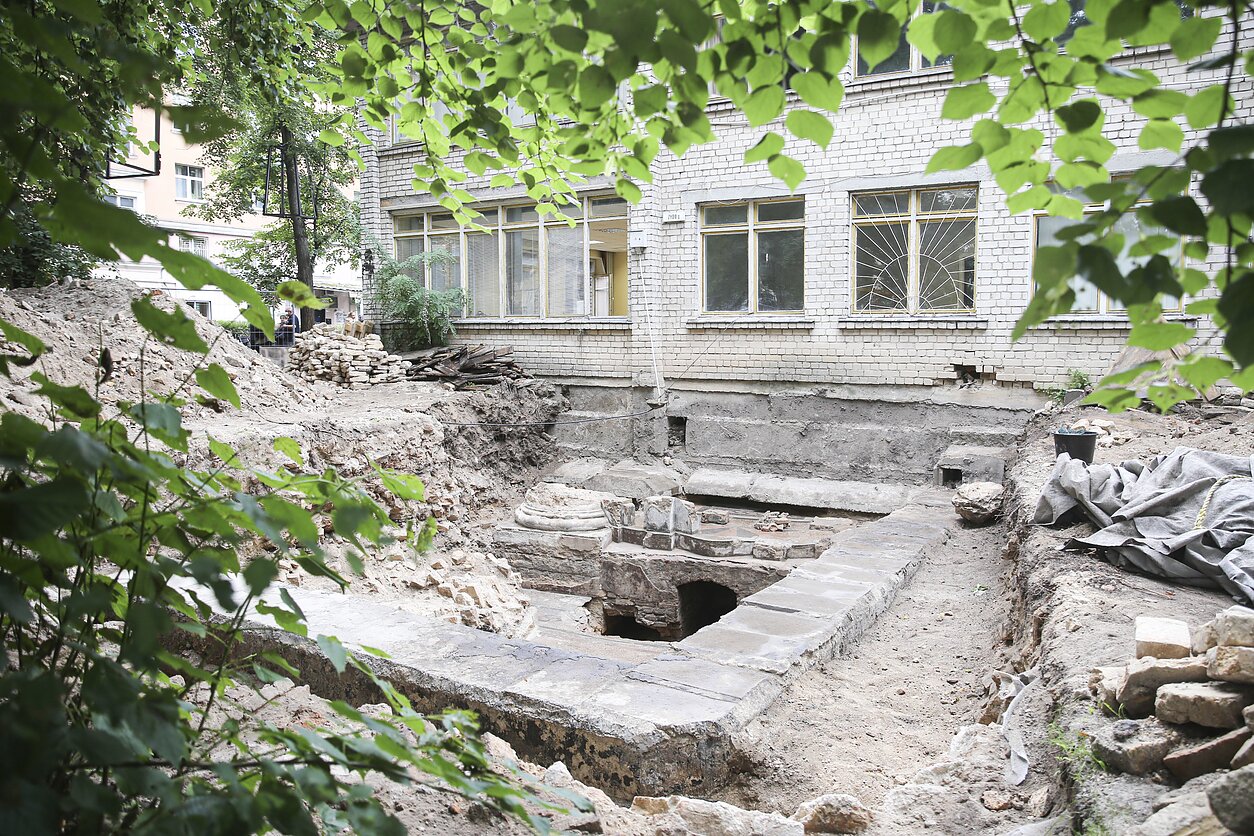 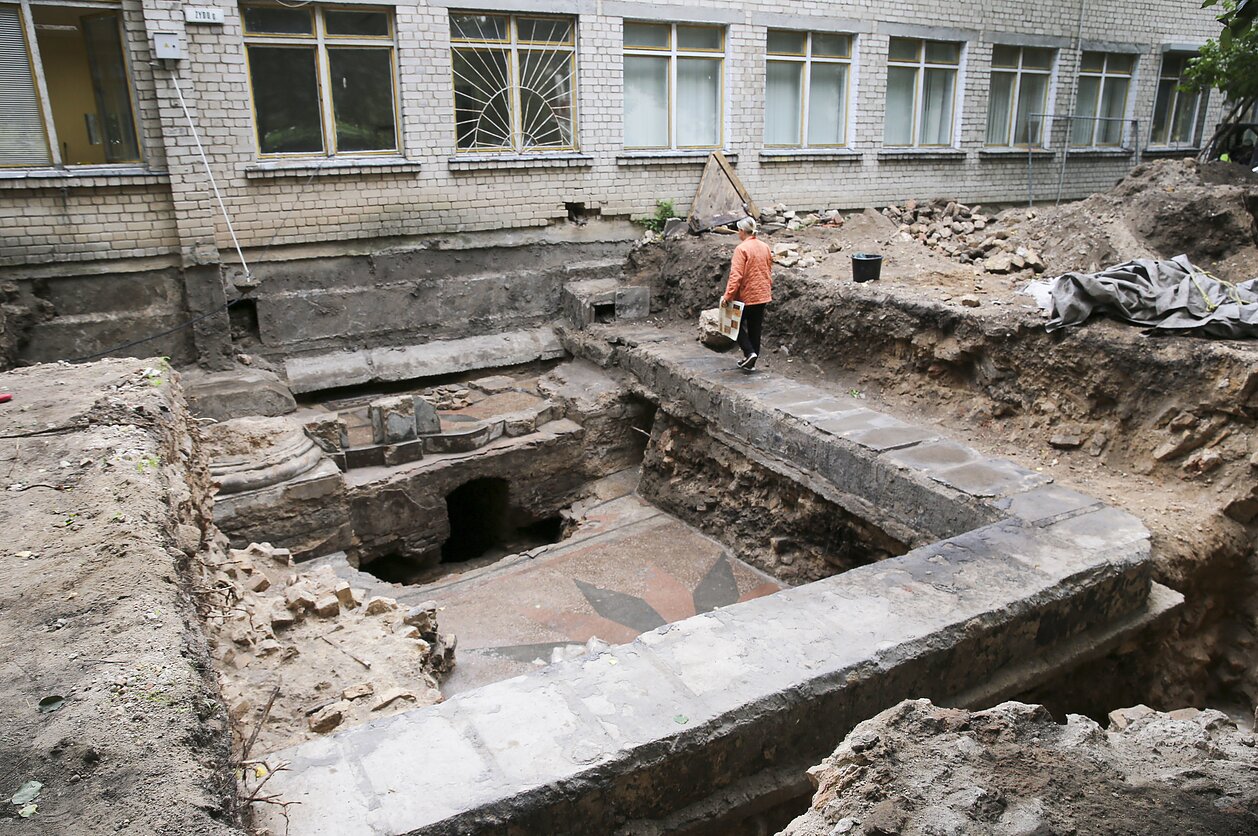 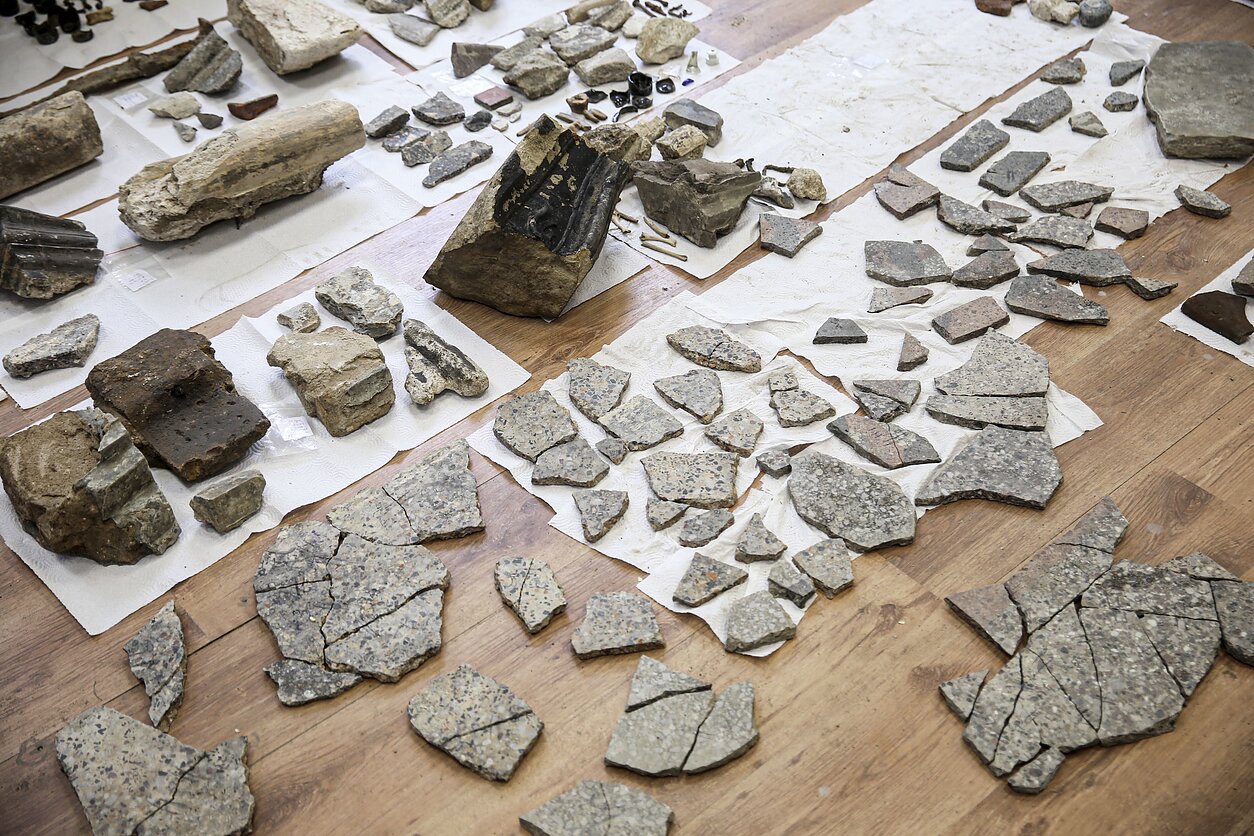 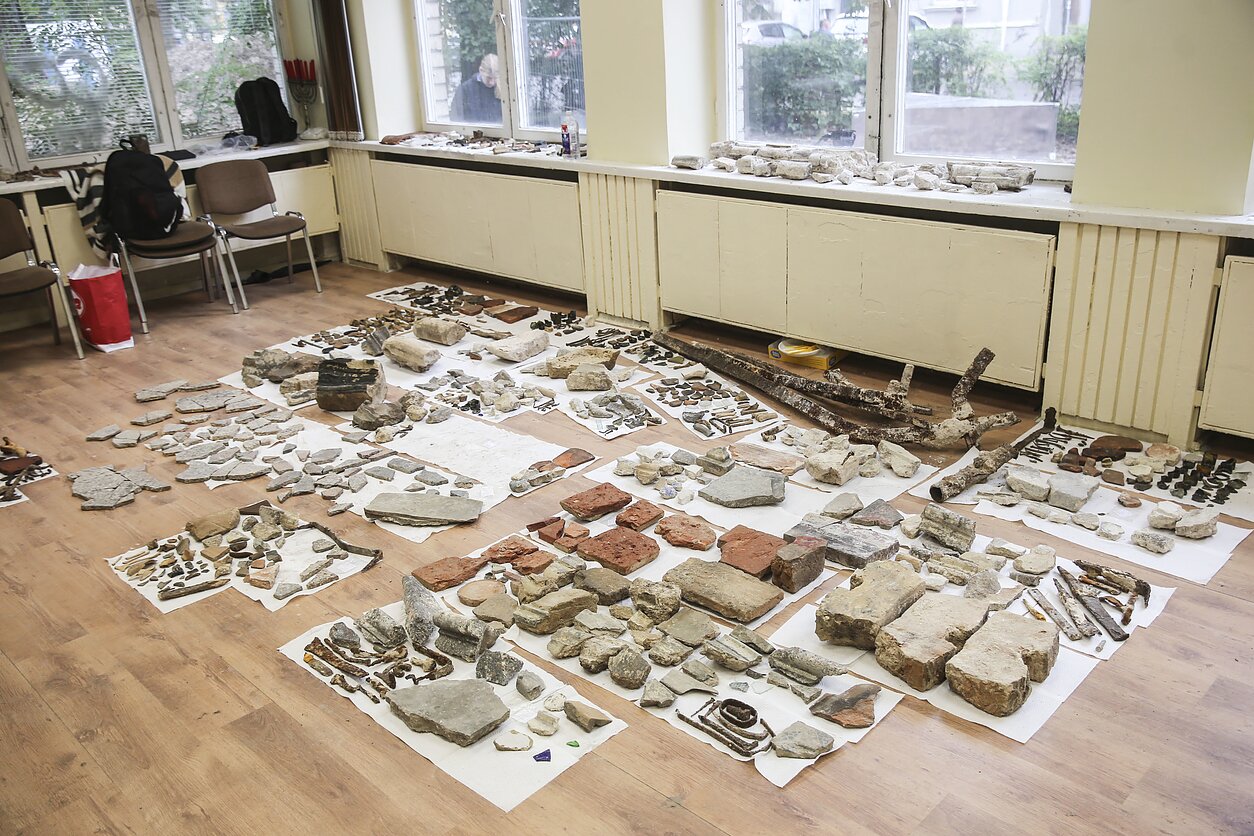 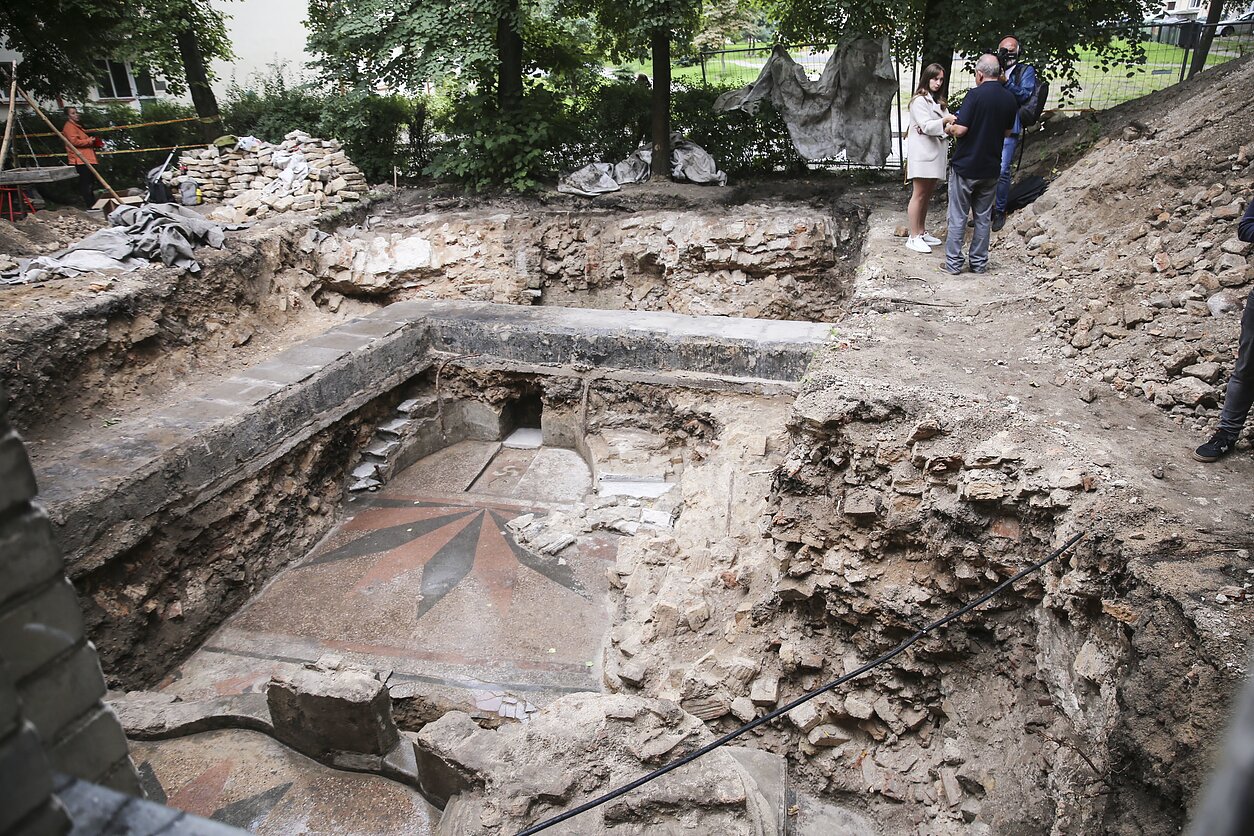 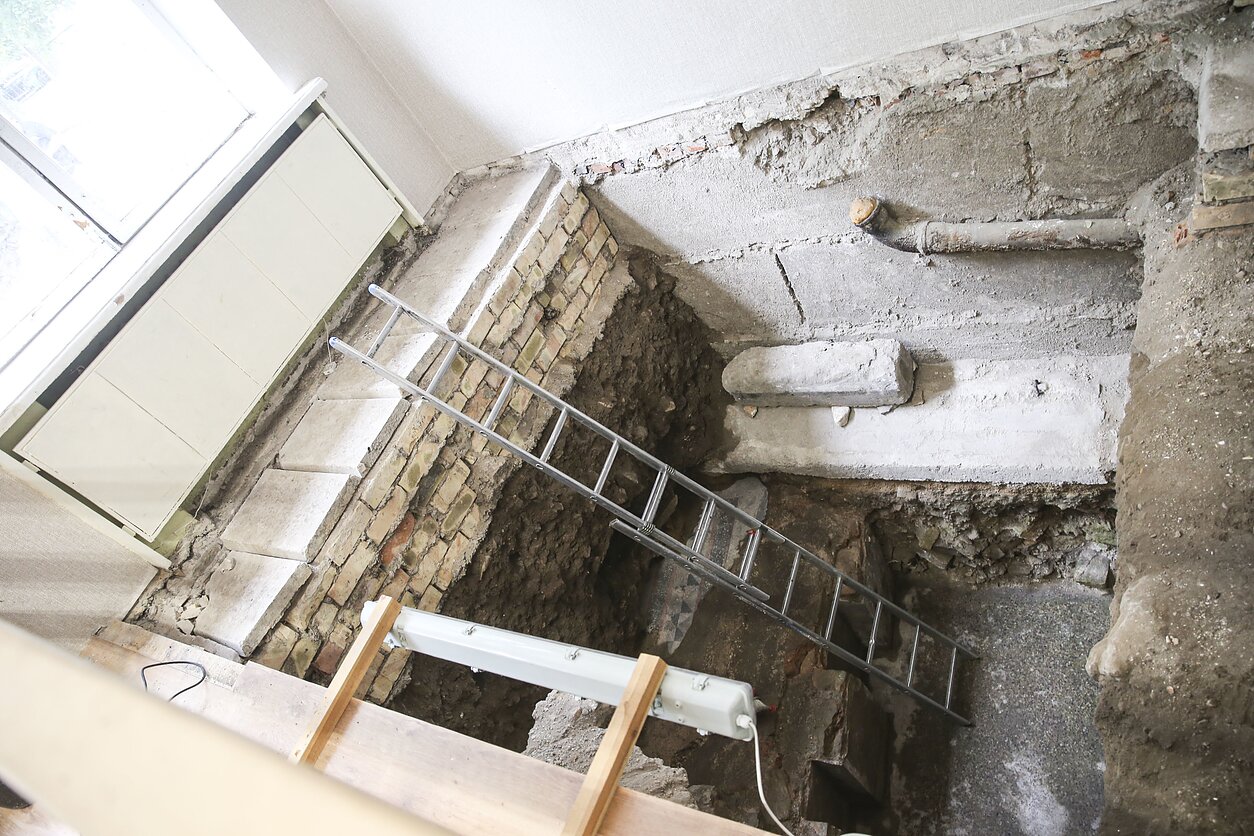 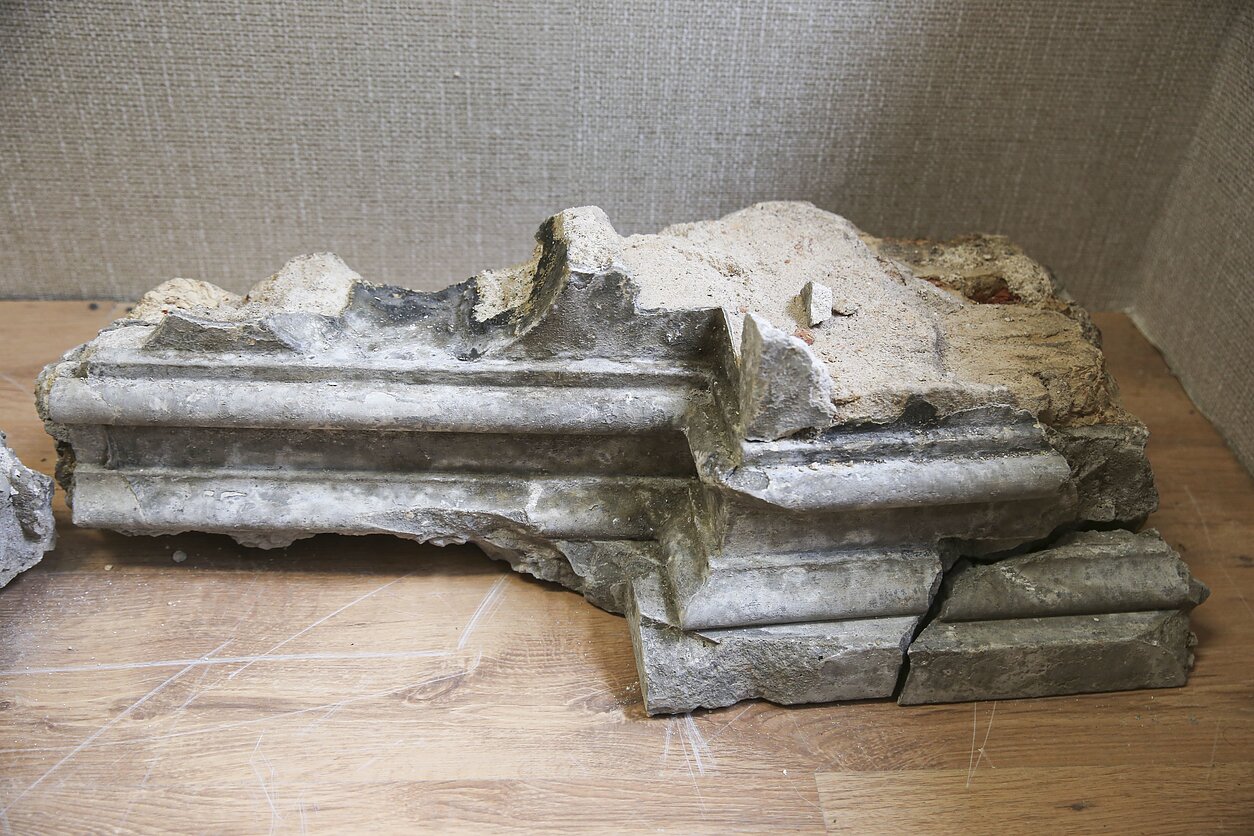 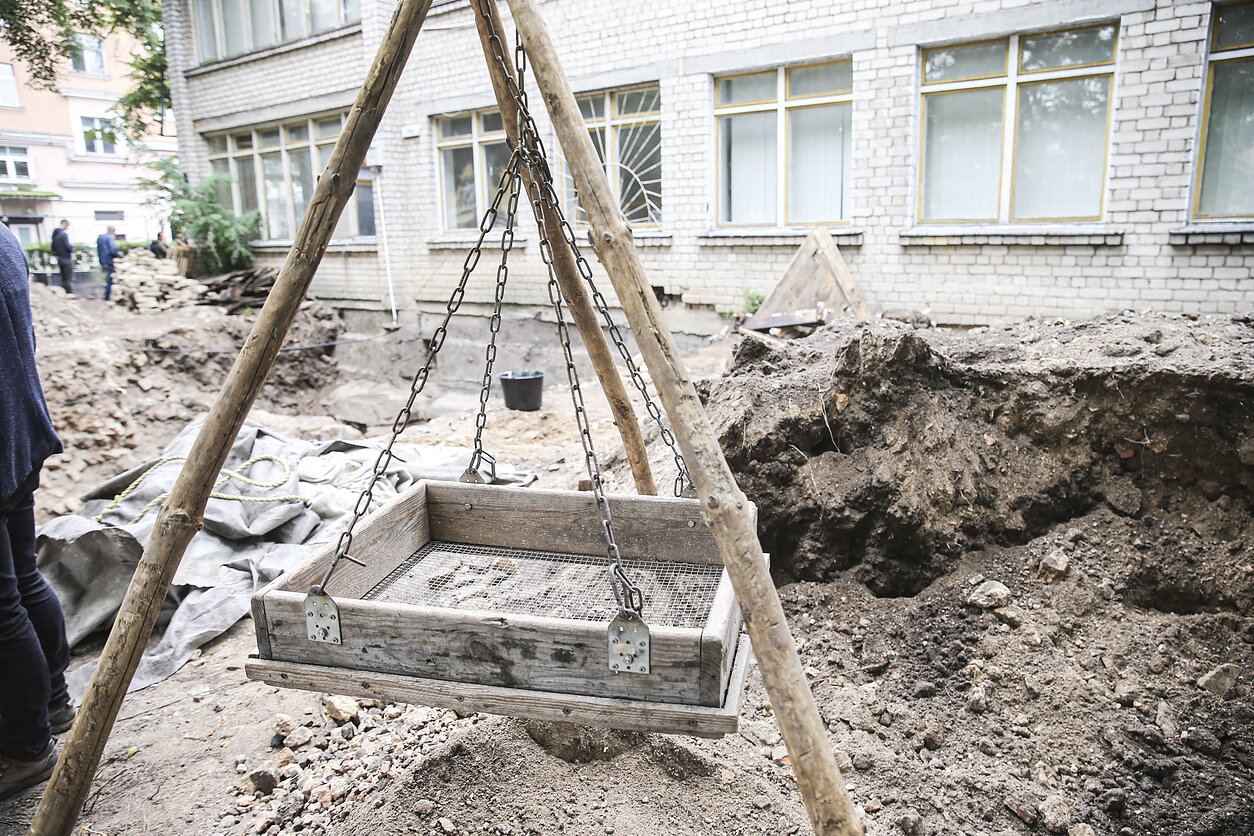