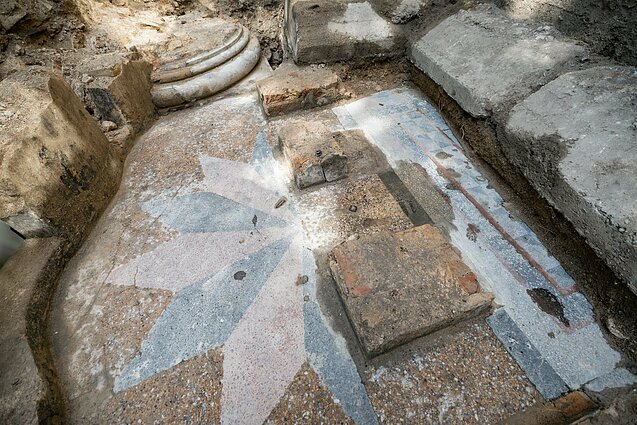 The destroyed Great Synagogue of Vilna has been revived for new life in a series of videos showing one of the treasures of Litvak heritage, according to a press release by Go Vilnius, the city's development agency.

Once the heart of Judaism in Lithuania, the Great Synagogue of Vilna was founded at the end of the 16th century, but heavily damaged during World War Two and completely razed to the ground under the Soviet rule.

Three videos show key areas of the Great Synagogue: the site’s entire complex, the courtyard, and the interior.

The reconstructions are based on archival photos and architectural designs that survived after the synagogue’s final destruction in the 1950s.

The building originally stretched across five floors, two of which were below the ground level. It could accommodate up to 5,000 worshipers, significantly more than other similar structures of the time.

Inga Romanovskienė, the director of Go Vilnius, says the three-dimensional reconstruction of the Litvak heritage site is an important contribution to this year’s mission: 2020 has been designated as the Year of the Vilna Gaon and the History of the Jews of Lithuania.

“In a city that’s deeply rooted in the intellectual, spiritual, and political history of European Judaism, we dare to use newest technology methods to preserve layers of our Jewish heritage,” Romanovskienė is quoted in the press release.

Three original pieces from the Great Synagogue of Vilna have been preserved to this day: a door of the Holy Ark, a reader’s desk, and a bas-relief of the Ten Commandments.

All can be seen at the Vilna Gaon Jewish Museum.

A team of archeologists from the US, Israel and Lithuania have been exploring the site since 2011. Vilnius plans to create a Jewish memorial centre at the site by 2023, when the city will celebrate its 700th anniversary. 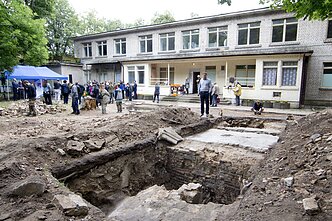