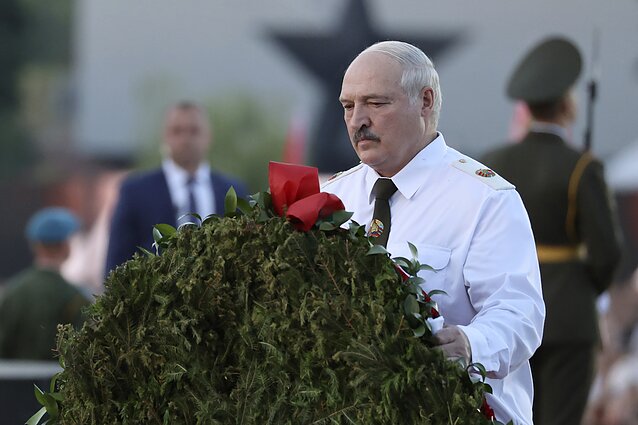 After Belarus' authoritarian leader hinted that he was willing to help Lithuania deal with irregular migration in exchange for unspecified favours, Lithuania's foreign minister dismissed it as “blackmail”.

Belarus leader Alexander Lukashenko said on Monday that his country was ready to help Lithuania deal with the influx of migrants, but “not for free”.

“If they need help, we will provide this help, but no longer for free,” the Belarusian state news agency BelTA quoted Lukashenko as saying in an interview with Sky News Arabia.

Lithuania has been experiencing unprecedented flows of irregular migration in recent months. Vilnius claims that the Belarusian government was facilitating migrant smuggling in retaliation for EU sanctions.

“This is not assistance; this is blackmail,” Landsbergis told BNS via his spokeswoman, Vytautė Šmaižytė, on Monday evening. “We do not expect anything different from the terrorist regime.”

“The answer is simple: if Minsk does not stop and continues to bring migrants, Lithuania will propose new sanctions.” 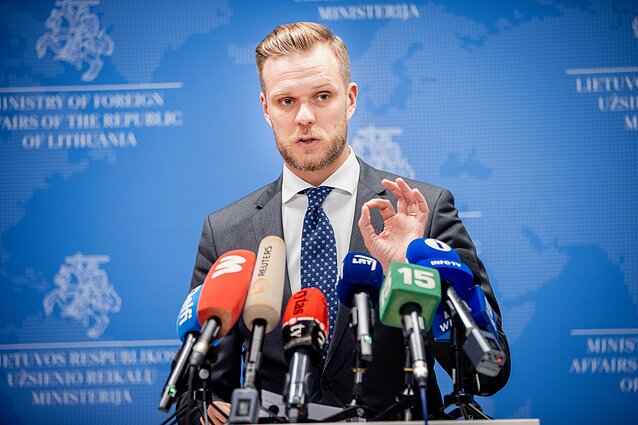 “If you want us to help you with that, don't try to choke us,” BelTA quoted Lukashenko.

He said the EU's sanctions, introduced over the Minsk government's violent crackdown on opposition protests, were “the choking of the people and the destruction of the country”.

“They take such steps against the Belarusian people and yet they want us to protect them in this situation? Listen, it is at least strange,” Lukashenko said.

Lithuanian border guards have detained over 2,000 irregular migrants crossing from Belarus so far this year. Vilnius has called it an organised campaign by the Belarusian regime against Lithuania.

Tensions between Minsk and Vilnius soared in the wake of last year's presidential election in Belarus, in which Lukashenko claimed landslide victory. The move sparked mass protests across the country, followed by violent crackdowns by the government. 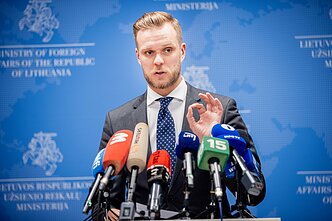 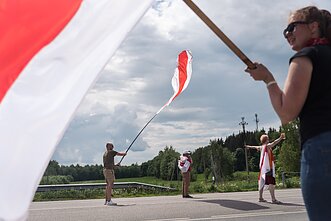 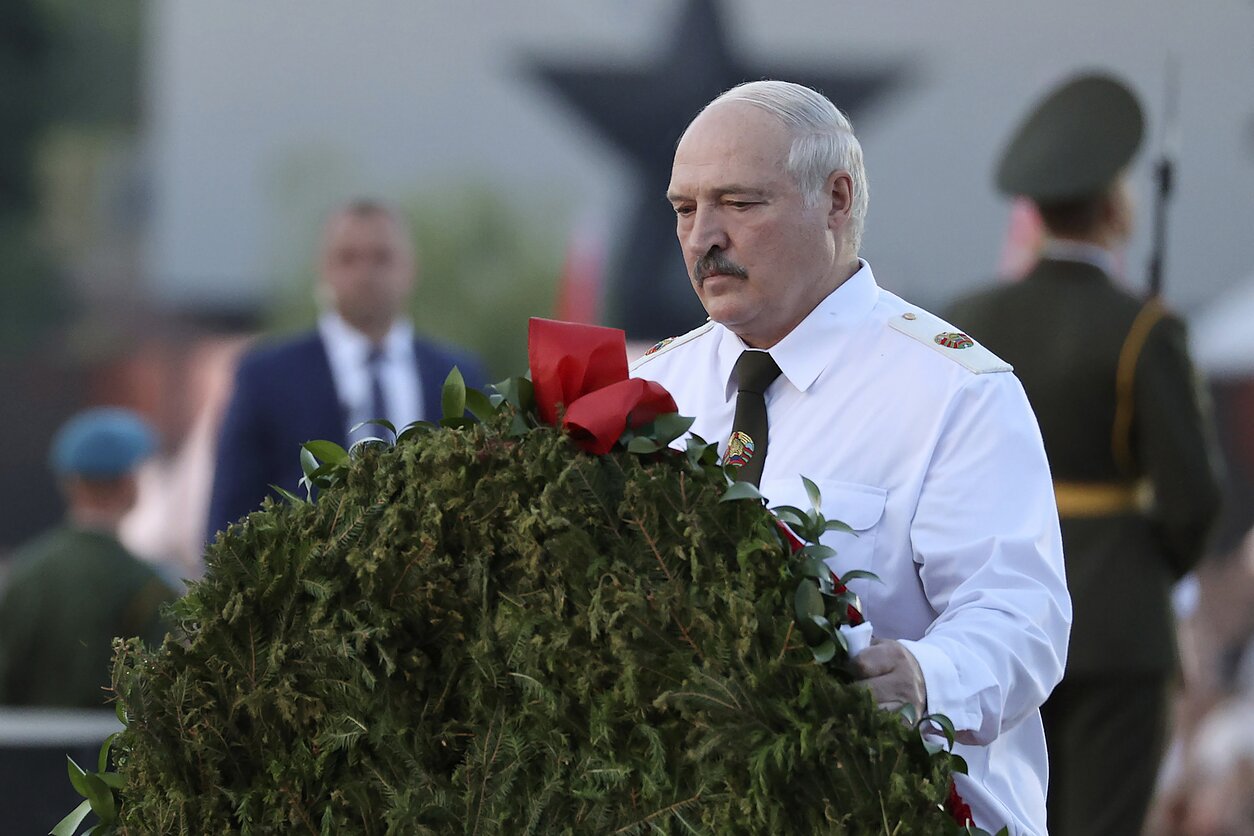 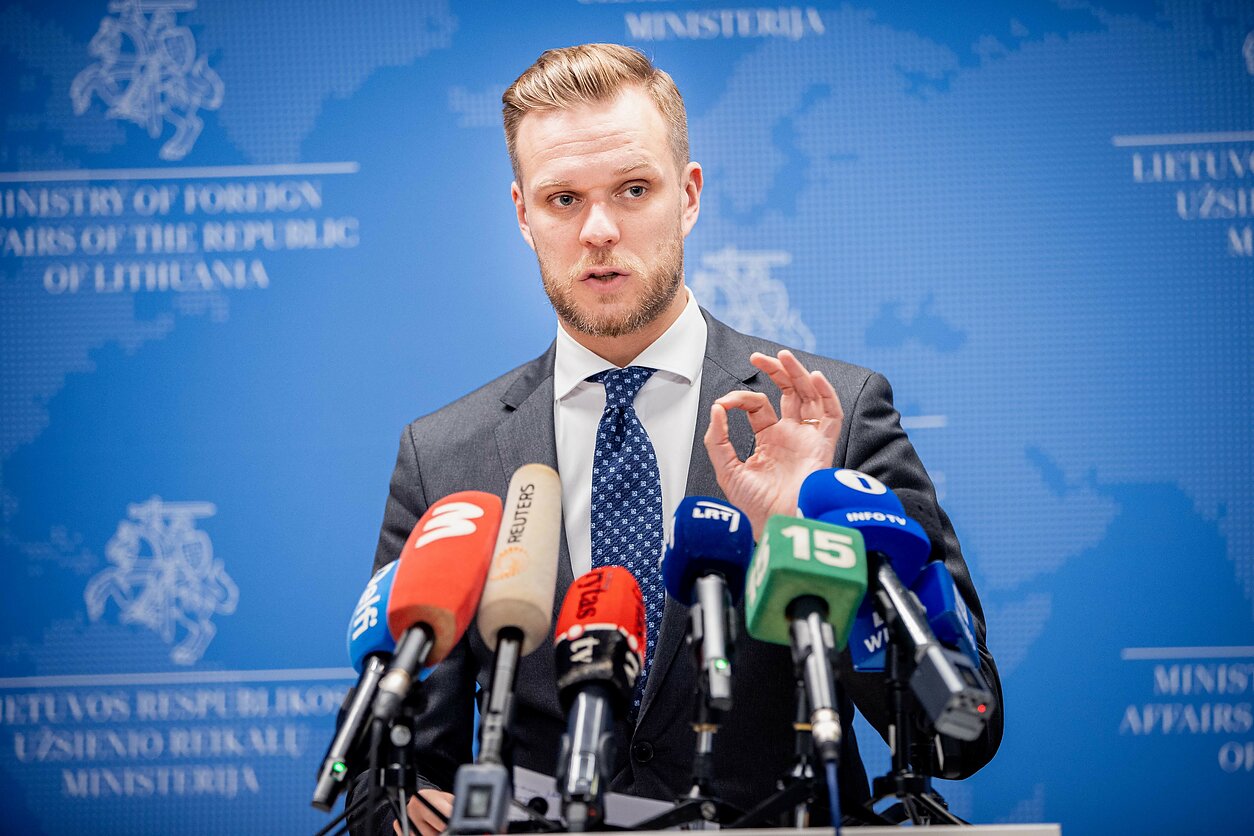 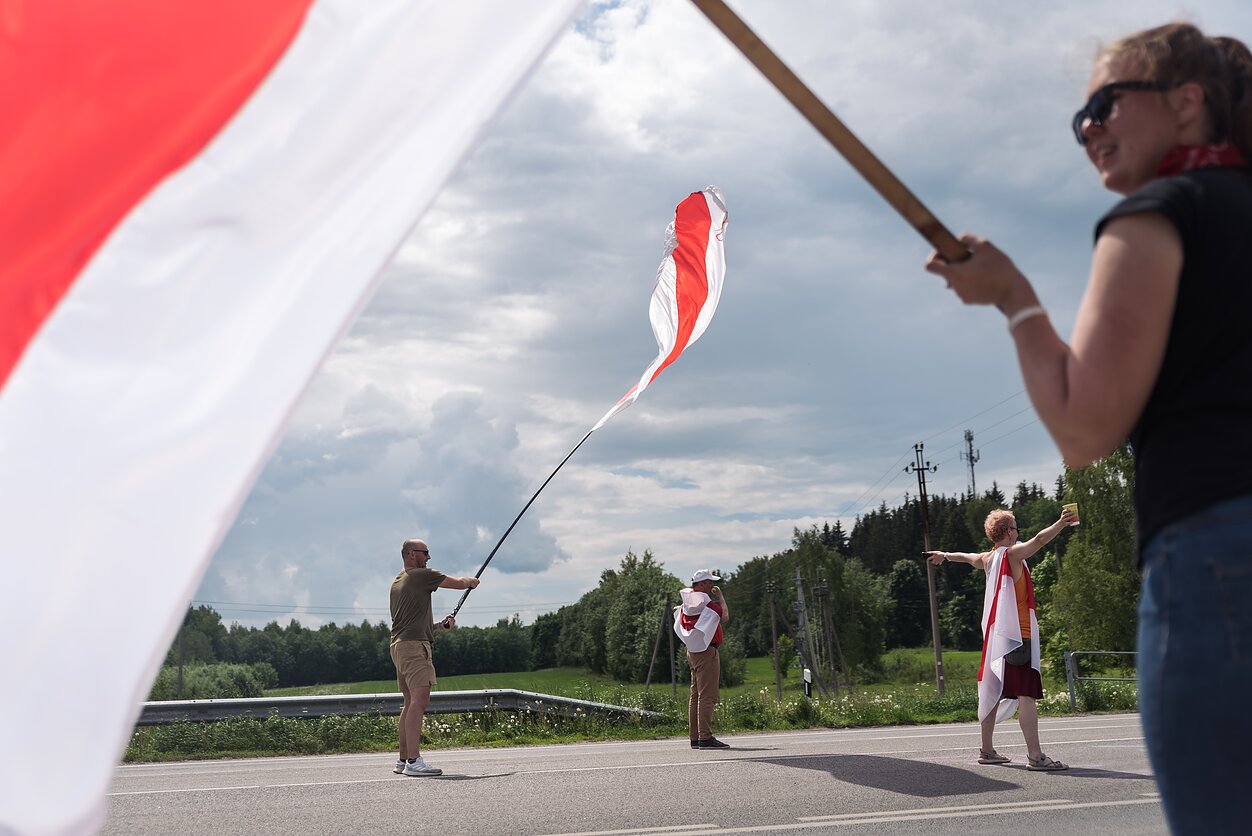 Protest on the border with Belarus in Lithuania.
3 / 3B. Gerdžiūnas