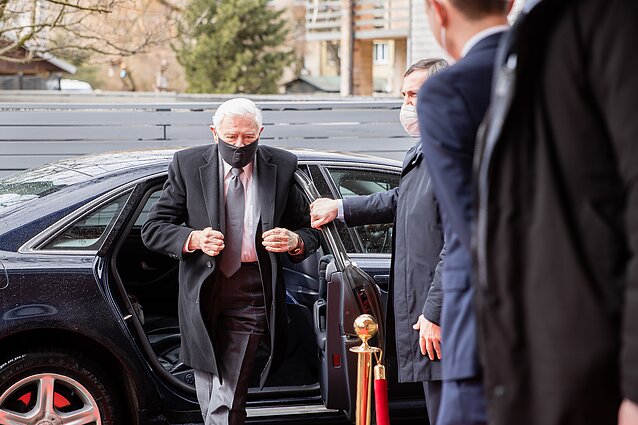 The Belarusian prosecutors have turned to their Lithuanian counterparts, requesting to question the former president, Valdas Adamkus, as part of the ongoing probe into the “genocide of the Belarusian people”.

“He is a witness, because there is information that he was the trustee of the ‘Minsk Butcher’,” Eduard Skurat from the Belarusian Prosecutor General’s Office was quoted by the Interfax news wire.

The so-called Minsk Butcher was Antanas Impliavičius who headed the auxiliary police battalions that were subordinated to the SS during punitive operations in Belarus.

Belarus claims that Adamkus, born in 1926, was the trustee of Impliavičius in 1944.

According to Skurat, investigators in Belarus are now checking whether Adamkus was personally implicated in the crimes committed in Belarus.

He dismissed the investigation as “nonsense”. 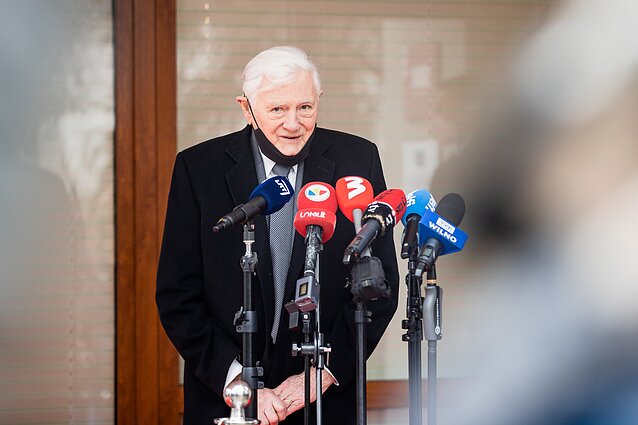 “I don’t even know that such organisations existed, I have no understanding of what they did and who these people are. I hear about it for the first time,” Adamkus told BNS.

In May, Belarus launched an investigation into the crimes committed during the Second World War in the country, including by the alleged Lithuanian SS battalions that never existed.

Lithuanian leaders dismissed the probe as an attempt to distract from the current crisis in Belarus.

On Wednesday, Laurynas Jonavičius from Vilnius University Institute of International Relations and Political Science (TSPMI) said the request was a provocation.

“It shows clearly how the Minsk regime views Lithuania, the West,” he told LRT.lt “It’s an attempt to show us as killers, criminals, and so on.”

The Lithuanian Prosecutor General's Office said it received on May 10 "a general request from [Belarus] for cooperation in providing legal support for its investigation into the genocide of the Belarusian nation in Lithuania".

"No detailed requests or other concrete data [...] have been provided," it said in a written statement. 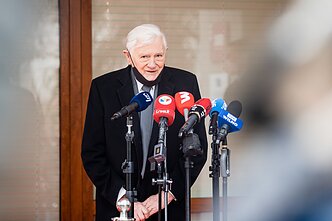