The Roop on Eurovision results, UK snub, and alleged drug use on air – interview 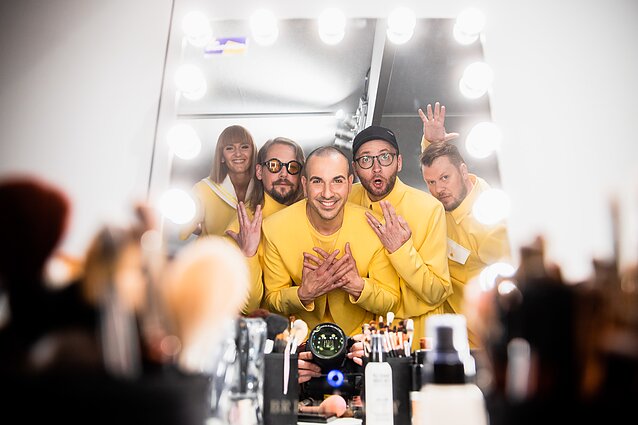 Just before boarding a plane home on Sunday, Lithuania's The Roop spoke to LRT TV, giving their take on their mixed success in Eurovision, the unfairness of Britain's score and whether the Italian winners indeed snorted cocaine on air.

Vaidotas Valiukevičius, Robertas Baranauskas, and Mantas Banišauskas – The Roop – ended up eighth in Eurovision's grand finale on Saturday, receiving a high score from televoters, but significantly fewer points from the juries.

Before departing from Rotterdam, they spoke to Nemira Pumprickaitė for LRT TV programme Savaitė.

How was the morning after the Eurovision final? How did you feel waking up?

Vaidotas: Even better than when we went to sleep – we had been exhausted and now we're up with fresh faces, a little swollen, but happy. 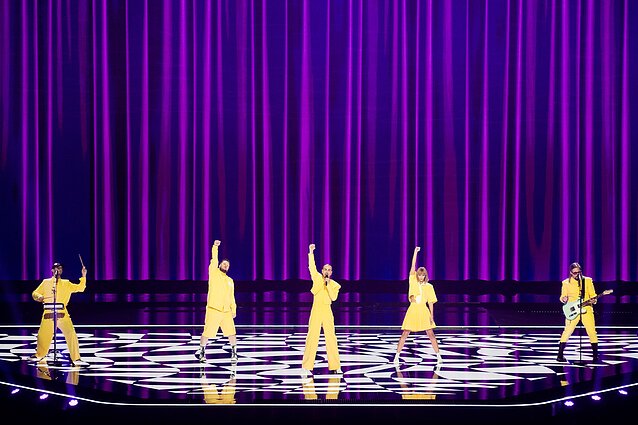 The Roop in Eurovision / J. Stacevičius/LRT

What was more surprising for you, the results of televoters or the juries?

Vaidotas: Doubtlessly, we were above all happy with the score from the audience, since we'll be playing concerts for them, not for juries. Audiences both in the arena and in front of TV screens gave us a lot of attention. We are happy about it. When it comes to the jury, well, that's a different story.

Juries have their own opinions, they have different makeups and, since they are small, every member has a lot of weight. I think that perhaps some juries did not understand our song, even its vocal complexity.

It seems that, in the Eurovision bubble, [good singing means] you have to shout a high note with the camera swirling around you. And there's less appreciation for the subtle things you have to do with your voice, something that even great singers struggle with. As if this wasn't part of your singing technique. 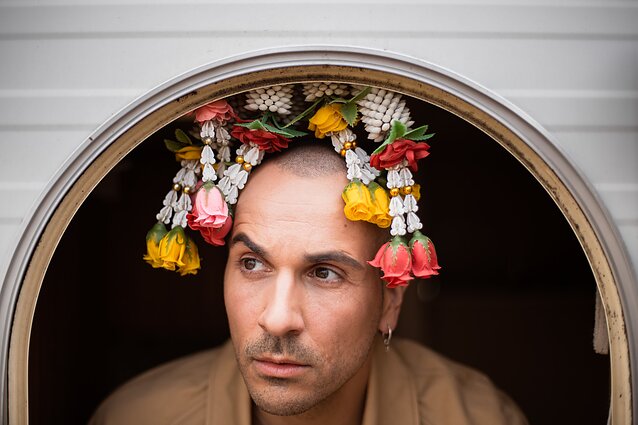 Do you mean to say that jury members were not competent enough to grasp it?

Vaidotas: I am not saying that. I'm saying that each jury member has their own priorities. What they do and do not grasp – that's just a matter of different worlds. We saw how differently countries interpret a song. Sometimes, when we saw some country – I won't say which – get a high score, we'd go ‘Oh!’

By contrast, the UK getting zero points was, in our opinion, unfair. There were worse songs.

I'm glad you brought up the British entry [Embers by James Newman]. Do you think the competition is objective? Do you think there's a lot of politics in how countries vote, preferring their neighbours? And the British singer not getting a single point from juries – had that anything to do with Brexit?

Vaidotas: That's a good way of looking at it. I don't think you can be objective anywhere in life. We ourselves cannot be objective, I think. Objectivity is a surreal thing – you will be influenced by something.

And is there politics in voting? 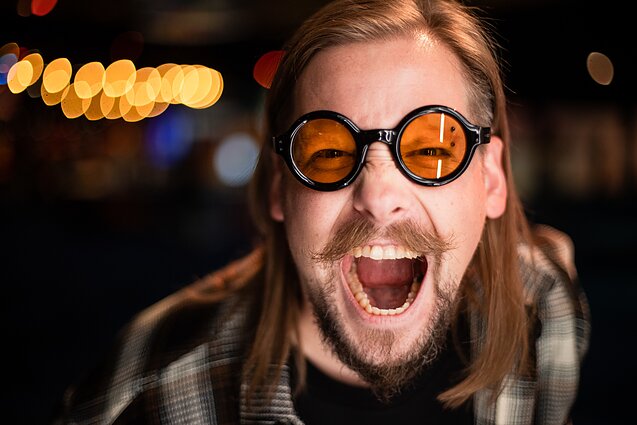 Vaidotas: Perhaps possibly. And a lot of it, no way to avoid it.

Countries often vote for their neighbours in Eurovision. You, however, got most points from Italy and Israel, hardly our neighbours. Meanwhile [juries in] Poland, Latvia, Estonia, Ukraine – not a neighbour, but a friendly country – didn't award us many points. Were you surprised?

Vaidotas: I was not relying on neighbours, you know.

Robertas: Televoters from those countries gave us a lot of points, our best scores came from them.

Mantas: It was the juries that didn't give us points, but, back to what Vaidotas said, this is about the tastes, opinions and expertise of small groups of people. From our point of view, it's difficult to judge. 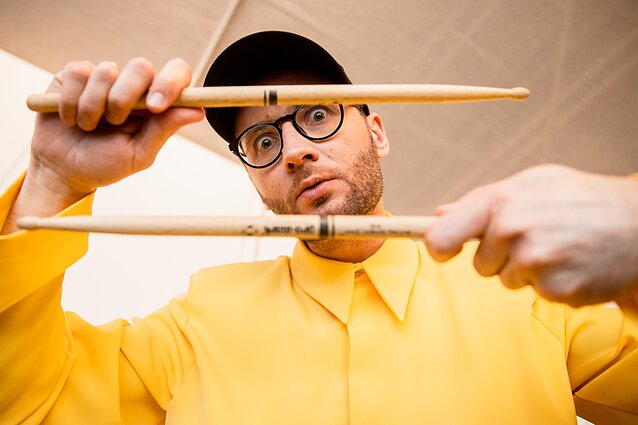 What would it take to win Eurovision?

Vaidotas: A good song. After that – good delivery, which is important, a wrapper for the candy. After that there's strategy – when you release the song, what you say, your message, and of course one of the important things is financing. You can't escape it. You may have a great strategy, a great product, but promotion depends on funding. And the country's attitude to this event.

Eurovision prides itself on its tolerance and openness to diversity. Is the Eurovision community indeed so tolerant and friendly, or is it a myth?

Vaidotas: Yes, we can absolutely confirm it. There's a sense of unity, whatever your race, nationality, age or sexual orientation. And it's a beautiful example, how a company so diverse can get along. I think we should follow this example. Putting everyone into a single box, making them ‘correct’ according to someone's rules – that's very bad.

Vaidotas: It's not how the society works. We wish for Lithuania – in view of the current background and the hot topics at the moment – to step back and take a look, stop this infighting. We are all one society. Better to be friends than enemies. 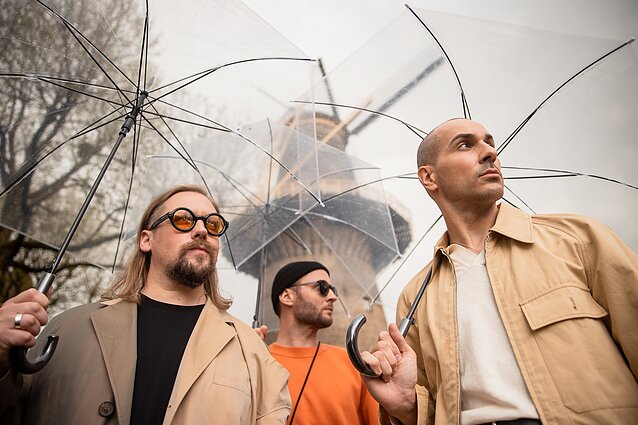 I can't help asking you about what everyone's been talking about all morning, at least in Lithuania. Were the Italians really taking drugs during live broadcast or was it just a misunderstanding?

[Editors' note: The EBU has refuted speculations that drugs were used in the Green Room during the Eurovision broadcast. A drug test was voluntarily undertaken by the lead singer of the band Måneskin which has returned a negative result.]

Vaidotas: We should add “allegedly” to everything.

Mantas: “Allegedly” is the keyword.

Vaidotas: We don't know for sure. Well, as far as I've seen, there are a lot of people dressed in black watching over the live broadcast, walking around in their headphones and seeing to it that nothing gets out that's not supposed to be on air. But it allegedly could have been just a marketing stunt. 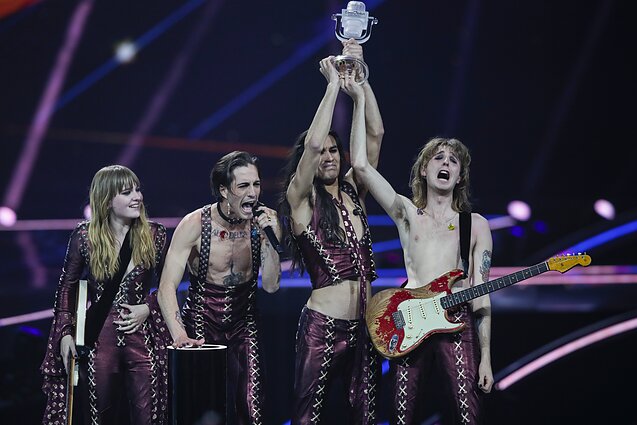 Mantas: A piece of theatre.

Vaidotas: Yes, because Eurovision is theatre. Sure, there's is a possibility that there was something there. From what we've seen here, there's a lot of theatre.

Just before this interview, I realised that I don't know that The Roop means.

Mantas: The name of our band is an Old English word that we came across and we liked it. It means to cry, to shout, to make a great noise. The Lithuanian word ‘ruporas’ (mouthpiece or loudspeaker) could be derived from it.

Vaidotas: We want to be the mouthpiece to spread the message about Lithuania to the world. 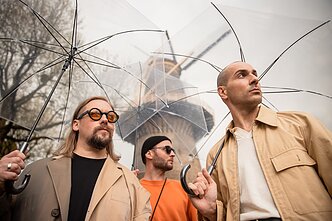 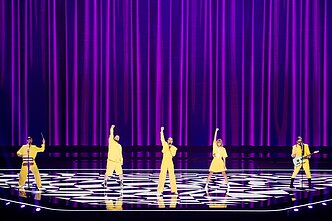 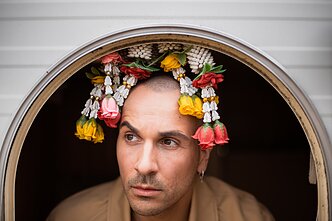 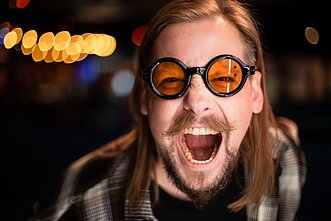 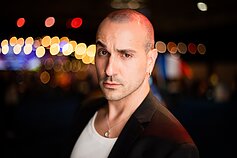 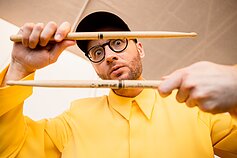 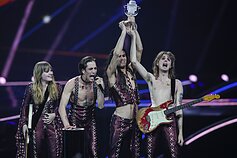