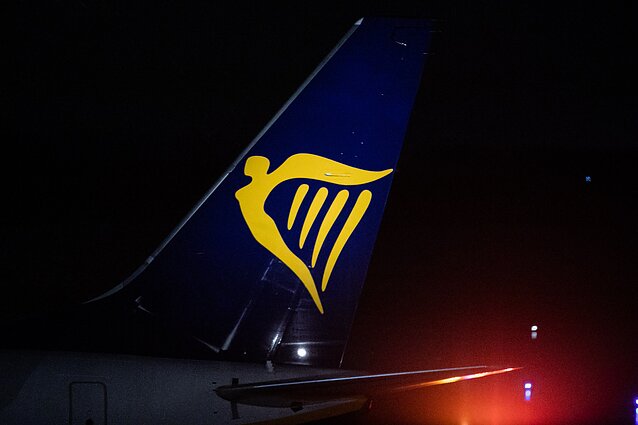 Belarusian authorities instructed for the plane carrying an opposition journalist to be diverted to Minsk due to “potential security threat inside the plane”, Ryanair told LRT.lt in a written comment.

“The plane’s crew received a message from the Belarusian air traffic control (ATC) about a potential security threat inside the plane and were instructed to divert the aircraft to the nearest airport – Minsk,” Ryanair said.

A Ryanair flight from Athens was to arrive in Vilnius at 13:00 on Sunday, but was forced to turn back before crossing the Lithuanian border and land in the Belarusian capital.

Pratasevich, an editor of the opposition Telegram channel Nexta, which was instrumental in guiding and helping organise the protests against Alexander Lukashenko and has since been declared a terrorist organisation by the regime, was onboard the plane. He was subsequently detained by the criminal police in Minsk. 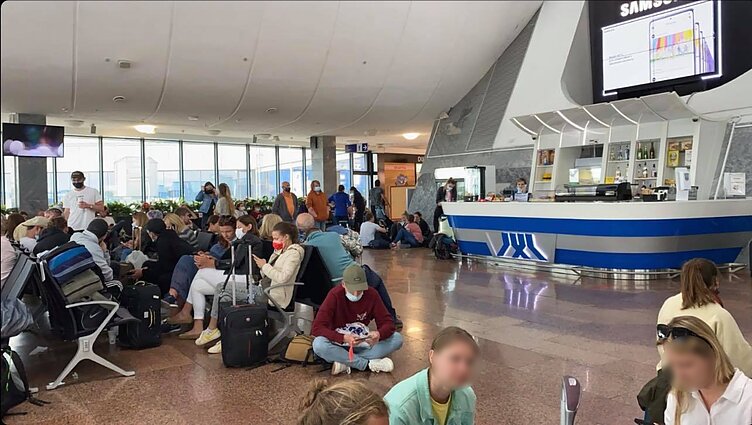 Passengers waiting in Minsk. / Photo sent to LRT.lt by a passenger on the grounded Ryanair flight.

“The plane landed safely, all passengers disembarked, while local officers did security checks,” Ryanair said. “Nothing unusual was found and the plane was allowed to depart with the crew after spending around five hours in Minsk.”

However, according to data from Flightradar24, the aircraft was closest to the international Vilnius airport, which was just 77 kilometres away. However, before being diverted to Minsk, the plane was at a higher altitude than on a regular approach to Vilnius.

A Ryanair flight #FR4978 from Athens to Vilnius, diverted to Minsk in Belarus earlier today.https://t.co/rnUpiqOjch

According to reports in media a Belarus journalist, that was onboard the flight, was arrested after the diversion to Minsk. pic.twitter.com/MQyvXsDExM

Asta Skaisgirytė, chief foreign policy adviser to the Lithuanian president, said that Belarus used two military aircraft, a MiG-29 fighter jet and a Mi-24 helicopter, in the operation, which was likely staged by the Belarusian KGB. 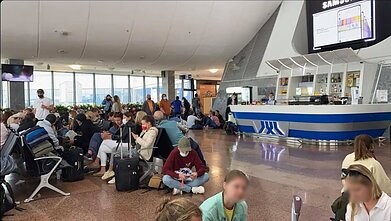