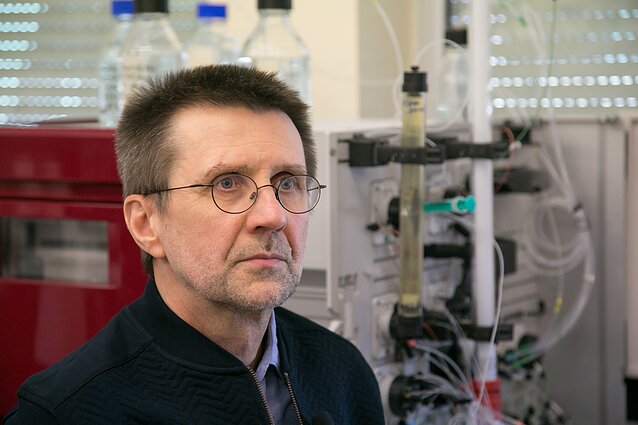 Despite discovering the same technology as the Nobel laureates, Lithuanian scientists were not awarded the same recognition, according to Vice Rector of Vilnius University Edita Sužiedėlienė.

This year, the Nobel prize in chemistry went to French scientist Emmanuelle Charpentier and Jennifer A Doudna from the United States.

“The discoveries of both [Virginijus] Šikšnys and his team, and Charpentier with Doudna concerned the same,” Sužiedėlienė said on Wednesday. “It is difficult to interpret the decision made by the Nobel Committee. Perhaps it was driven by specific applications, further development. We can only wonder here.”

The technology allows scientists to snip DNA and edit the genetic code of animals, plants and microorganisms, which opens up possibilities to treat genetic diseases or create new species of plants and animals.

Šikšnys and his team unveiled this technology back in 2012, as did Charpentier and Doudna.

“Professor Šikšnys was in the same line with today’s winners from the very beginning, that’s why it is very disappointing,” said Sužiedėlienė.

“It should be noted that the three of them were awarded the very prestigious Kavli Prize for the discovery and development of the CRISPR phenomenon back in 2018, that’s why there was a really strong reason to believe that the winners of the Nobel prize should also include an academic from Vilnius University,” she added.