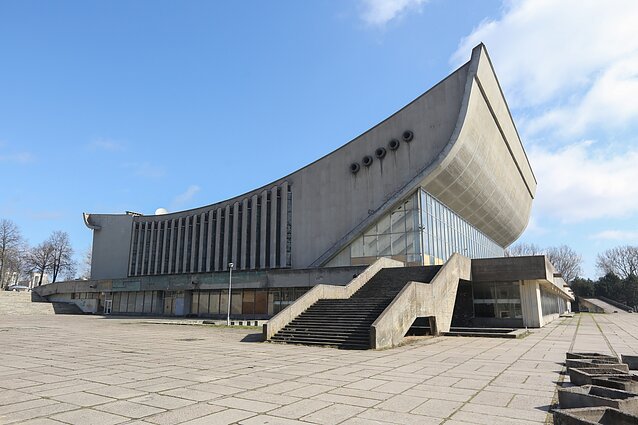 In 2016, Sweden’s Royal Institute of Art intended to move to an empty industrial building on the outskirts of the capital, Stockholm. Tatiana Letier Pinto, a Brazilian architect at the university, decided to dig deeper. Now, she will bring the same technique to Vilnius to investigate the Sports and Concert Palace, according to a press release by Architekūros Fondas NGO.

Using a visual mapping approach to heritage, Pinto traced the history, memory, and stakeholders of the Stockholm building. Ultimately, the interconnected maze led her to the then presidential candidate of the United States, Donald Trump.

The same technique will now be applied to investigate the Sports and Concert Palace in Vilnius. On September 2, in a workshop by Architektūros Fondas, an NGO in Lithuania, participants sought to find and map layers of what makes the building more than just bricks and mortar.

“Architects need to have social responsibility,” said Pinto. “Architecture can not only be seen as an object, it’s way beyond that; it’s something that can be used for profit, for political gain, for ideologies and for propaganda.”

Tomteboda, a building owned by the Swedish post operator PostNord Sverige, was also the largest building in the country. In 2016, after a fire, the Royal Institute of Art in Stockholm began considering to move its studios to the building. At the time, Pinto was a student at the university.

“It was a very interesting moment” at the height of Brexit discussions and the divisive presidential election in the US, according to Pinto.

She found that the post office building was sold to two private companies – Blackstone in the US and Areim in Stockholm, which was also owned by Blackstone. 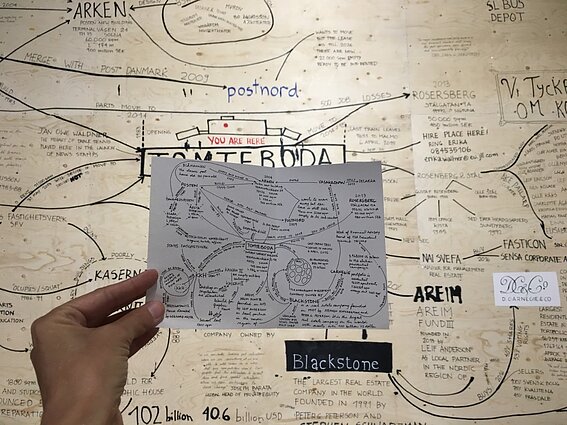 Blackstone had been heavily investing in Sweden, as Pinto found out. The company became embedded in the country’s social economy by purchasing a large housing estate that used to be public.

In 2016, CEO of Blackstone Stephen Schwarzman made a record 5.46-million-dollars donation to the Trump campaign. “It was more than 10 times what he had donated in previous years” to various election campaigns, said Pinto. “After Trump got elected, Schwarzman became the head of an advisory board at the White House.”

When drawing up the interconnected heritage map, the links became obvious. By renting from Blackstone, the Royal Institute of Art would be shoring up the financial support base of Trump.

“It was also about the independence of the institution,” she said. “Art can be used to combat a situation, to contrast a situation. So, it would be very cynical to have an art institution [...] paying rent to this company.”

“The institution could also [thus compromise] their independence [and] free thinking that are the basis of art.”

Her findings sent shockwaves across the university.

“There was a big mobilisation at the university, and a lot of students organised discussions [...] to try to raise awareness about the connections.”

“I did a map with all the information and the links, so you could see close to each other the Royal Institute of Art, the post [operator], and the names of artists that had artwork in the building,” said Pinto. And on the same page, you’d notice interconnecting lines leading to the CEO of Blackstone and, ultimately, Trump.

“You see that things are connected, that they are part of the same story,” said Pinto. “You’d be paying rent to a private company that would use this building for profit that would then go directly to finance the Trump election.”

In the end, the university decided against moving to the building.

“I don't like to say that [...] this map made the change or not. But it made them think, which for me was [most] important.”

Her goal wasn’t necessarily to prevent the move, even though she was happy with the choice. Merely, the stakeholders should be aware of all the links and their consequences when making a decision, according to Pinto.

“You need to make the decision aware of the risk, and not to pretend you are naive or that you didn't know,” she said. “You have this information, don’t pretend you don’t know, and if you still decide to continue with the work [...], everyone [knows] you took the decision with the information you already had.” 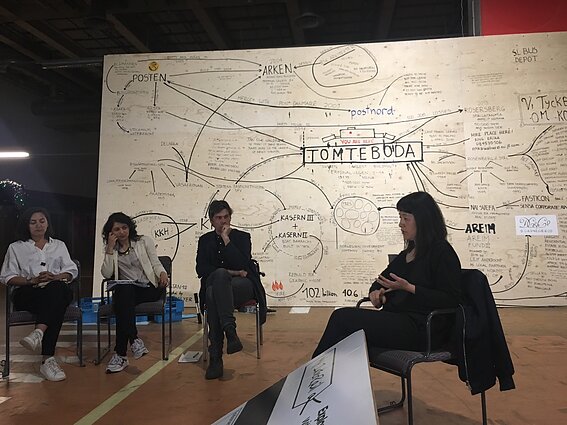 According to Pinto, architects need to take on more social responsibility. “I think architects very often pretend that they are in a neutral position, so they don't take much of a stance,” she said. “They say, I was commissioned for this work and I cannot interfere more than the design requires.”

“I think it's a convenient and a naive position,” added Pinto. “In a city, you’re also building a society, you're part of it.” By attempting to distance yourself from the responsibility, the architect loses the power of using the professions as “a catalyst of change”, according to Pinto.

“It’s important to take on that responsibility that we have kind of lost in this profession,” she said. “We are putting on a nice render to sell ideas that we know are probably not real.”

Bringing the methodology to Vilnius

The case of the Sports and Concert Palace in Vilnius is different in many ways. Instead of controversial financial links, the building embodies layers of trauma – from the Holocaust to the Soviet occupation of Lithuania, a tragic accident, and the subsequent decay in the tumultuous post-independence years. 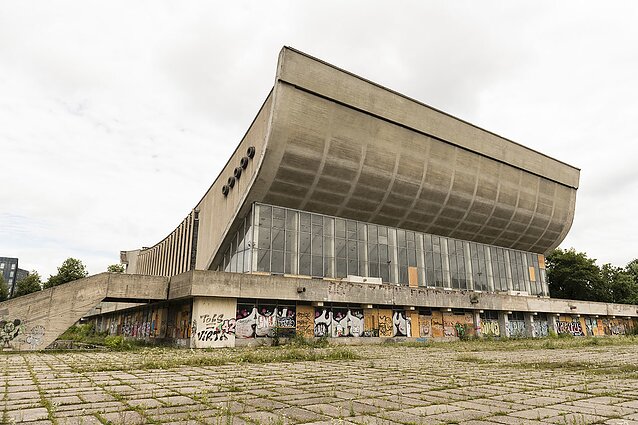 “It’s all about [narrating] history [...], the story of the country, and what direction the country can take.”

“Should we give more [space to] the people that lived there, [as] they are more attached to the building [and the site] that was underneath, and which one should be revealed, or maybe both? How to respect both, how could you use design to make this story visible and understandable for [different] parts of the society?”

“My intention with the workshop is to present what I have done in Stockholm” and to “broaden the debate” in Lithuania surrounding the heritage of buildings, and not necessarily just the Sports and Concert Palace.

“When people discuss architecture, they limit the questions to architecture,” she said. Her approach is to delve into details beyond panels and “who designed it” and consider “why this material is here, who brought it”.

The goal is to have more than just a “superficial debate, but a broader discussion on what to do with [the building] in the future”.

“You will then realise how this building became heritage, and heritage for whom?”

Although the plans for Vilnius’ Sports and Concert Palace have already been approved, the future of historical buildings continue to be shaped by public discourse, according to Pinto.

“I think the building is still there and the proposals can be changed” or annulled, she said. Any building can also be refurbished or demolished. “It’s a never-ending debate,” said Pinto. “You’re just adding another chapter to the story.”

In Sweden, the story of Tomteboda is still unfolding. After selling the building, the post operator decided to move back.

“They owned it, they sold it, they built another building in front of it, and now they are leaving the one they built to rent part of the building they used to own,” said Pinto. “This was something that I would never have imagined in 2016.” 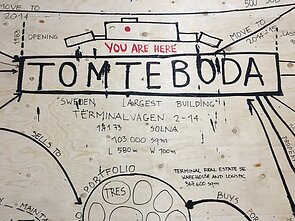 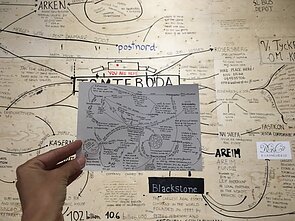 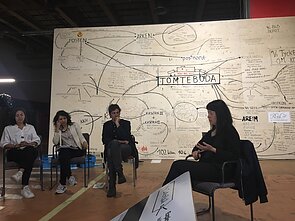 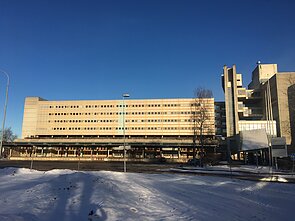 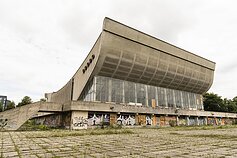 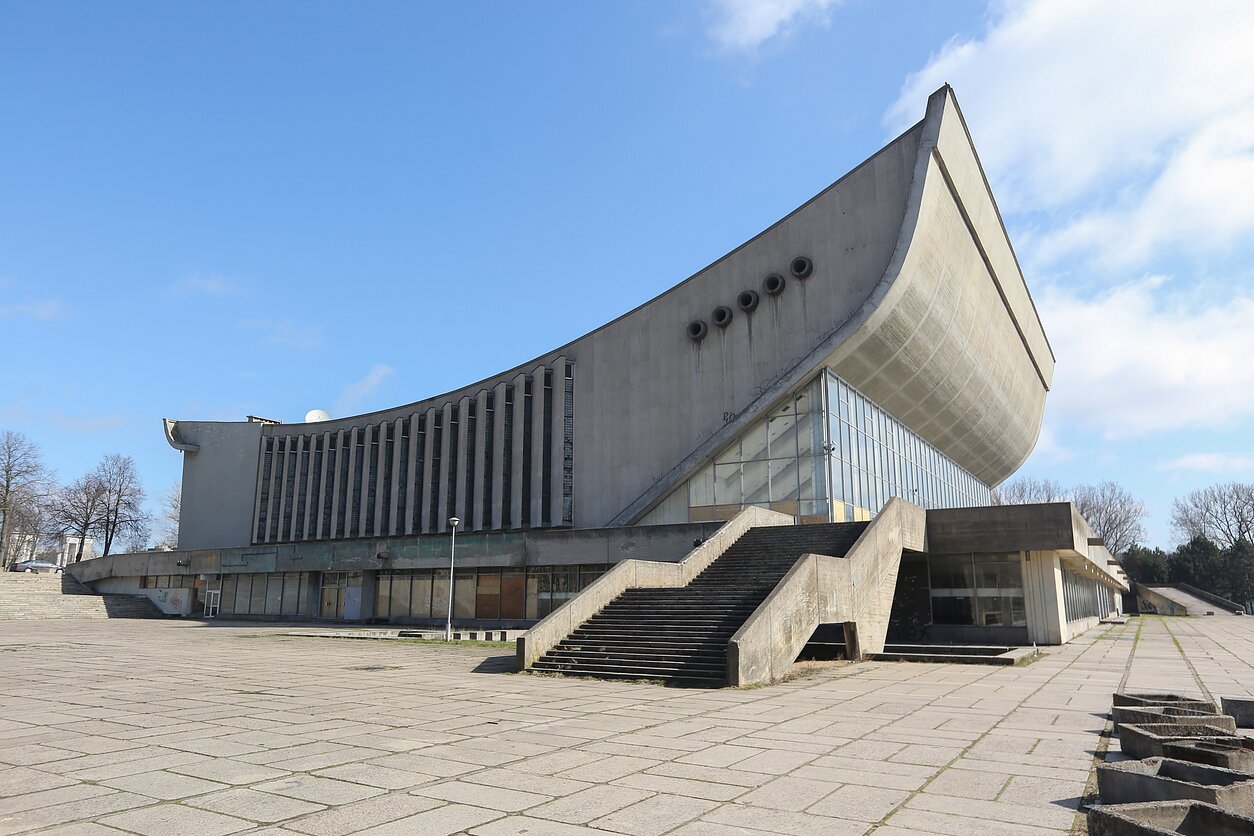 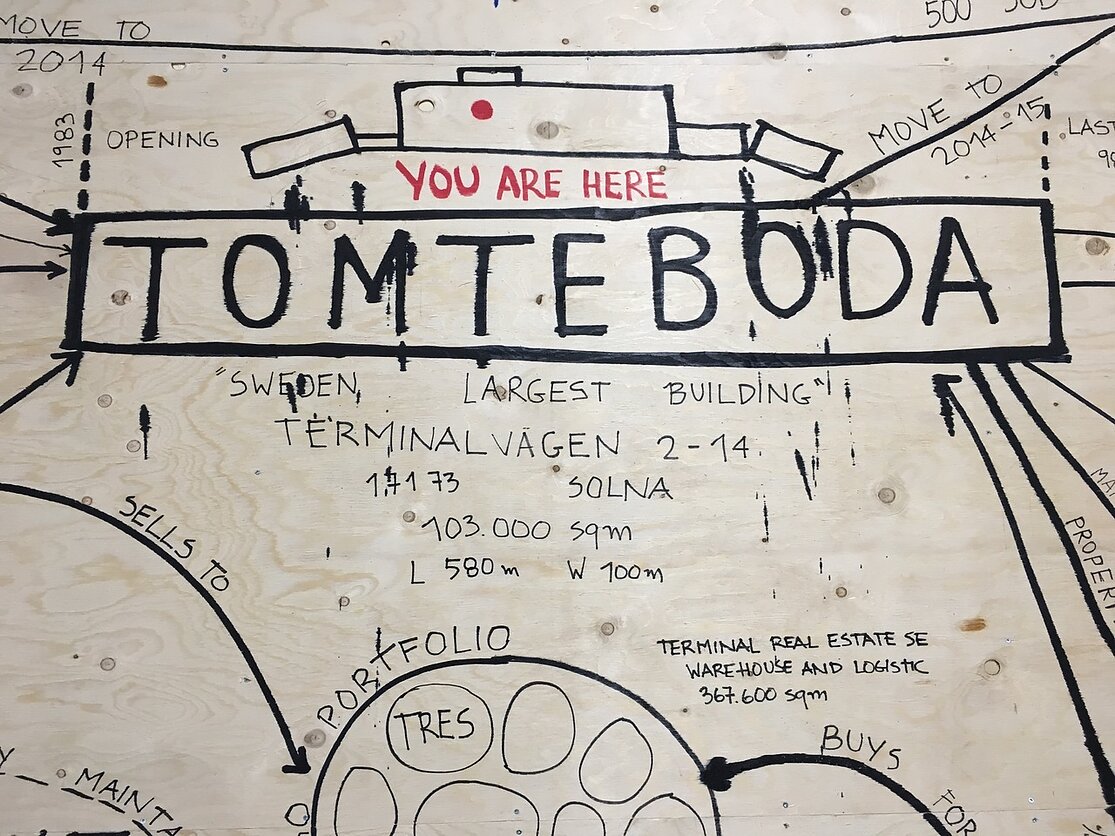 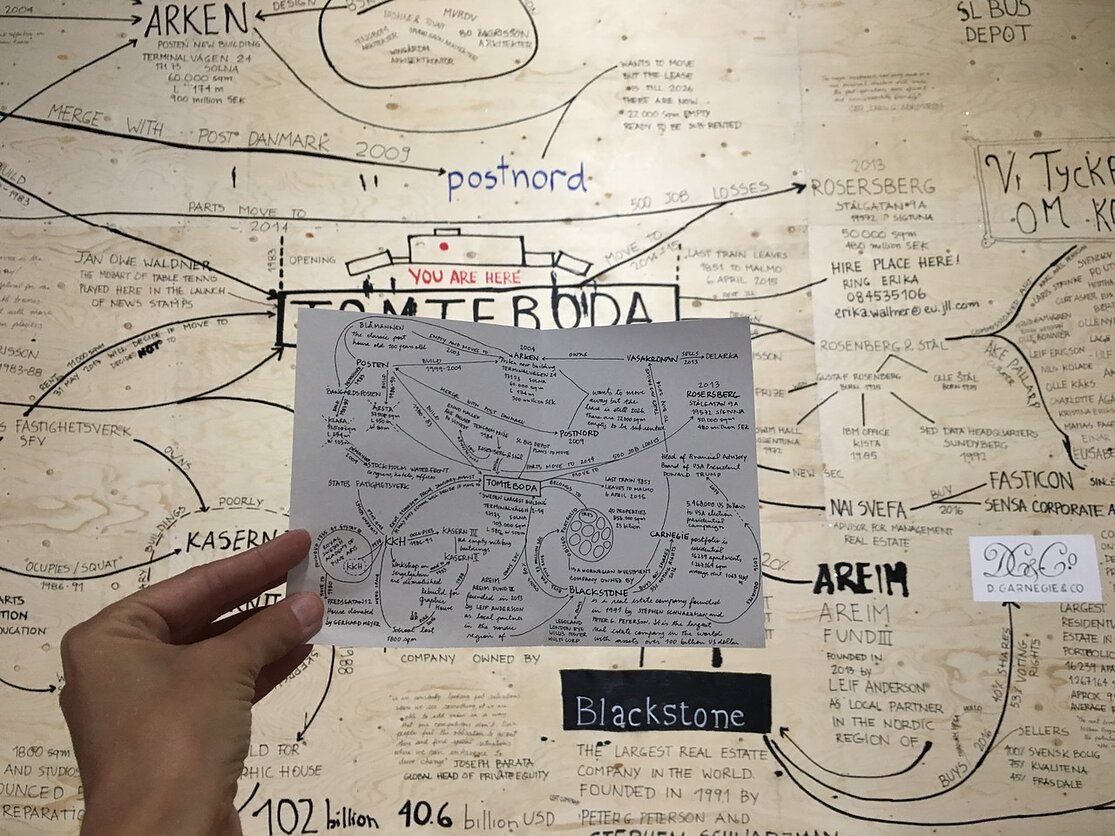 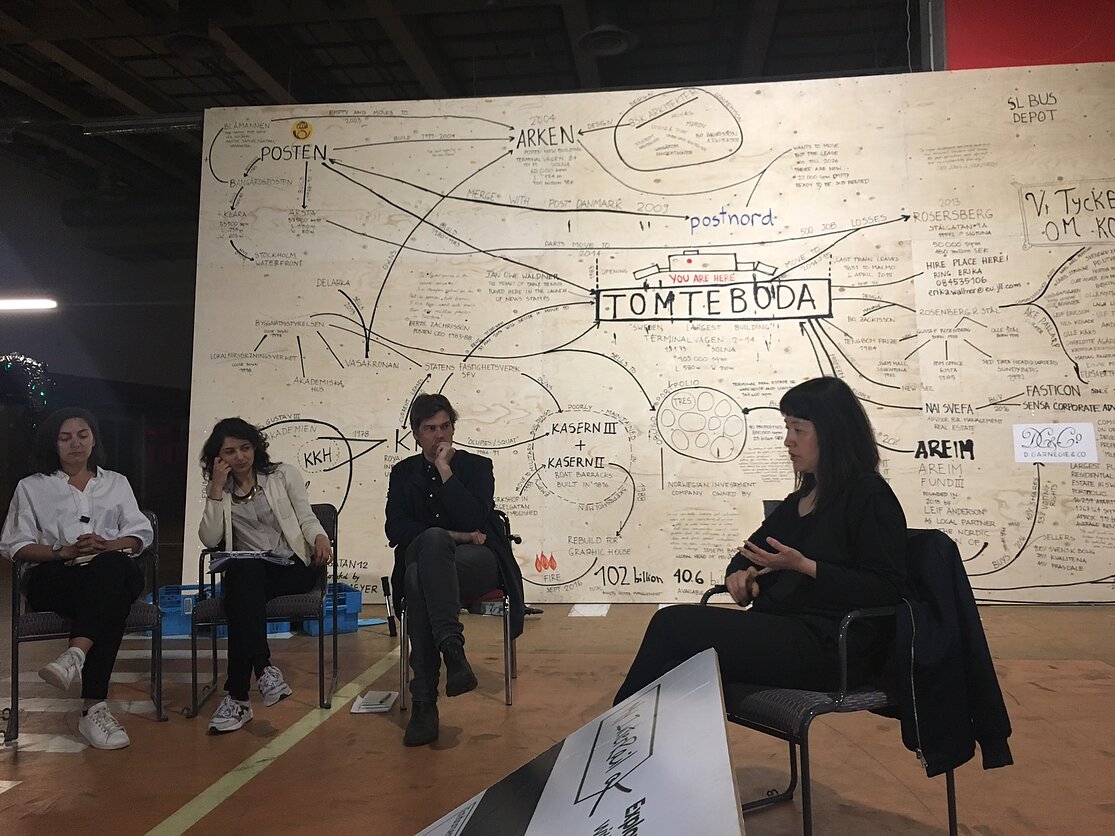 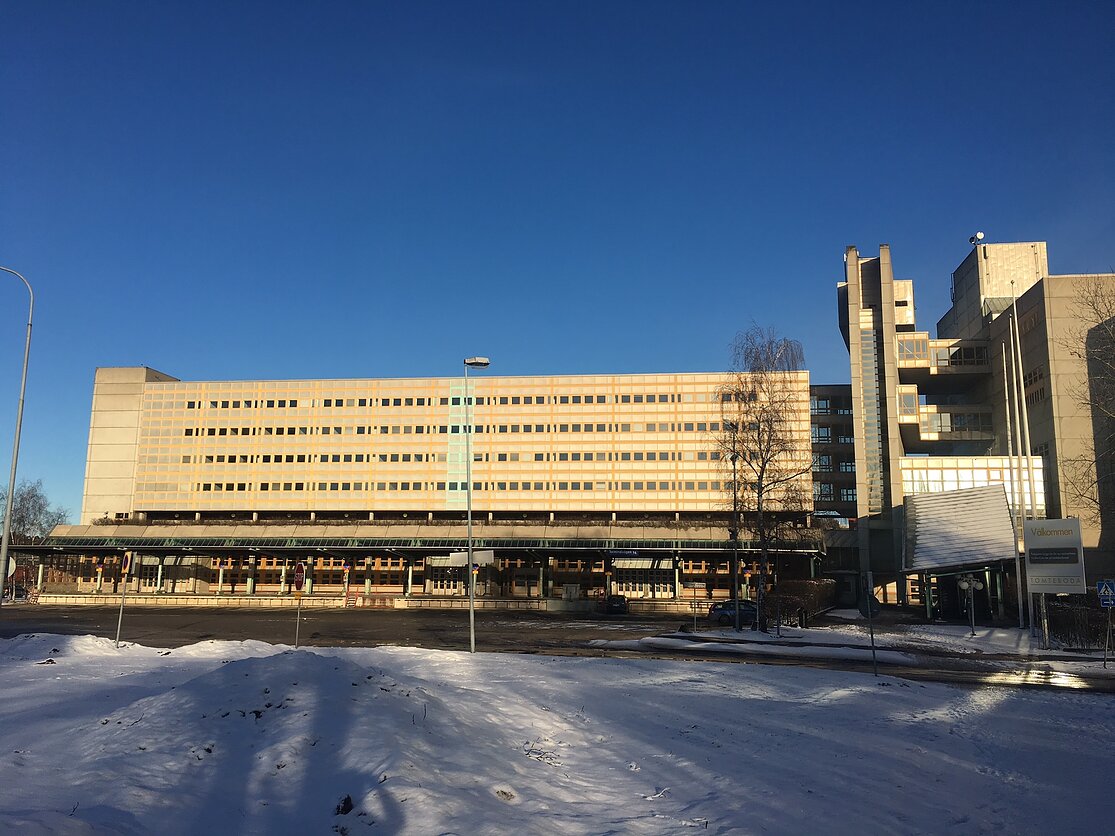 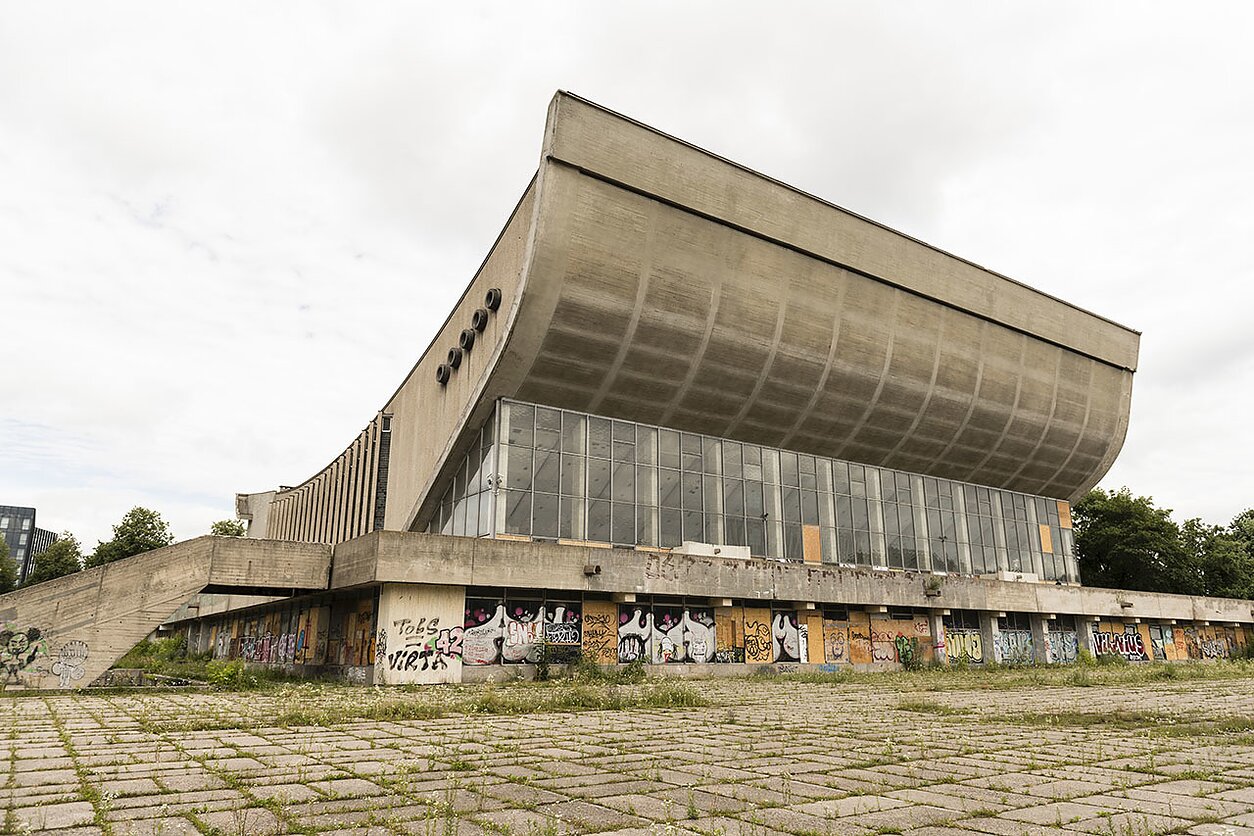