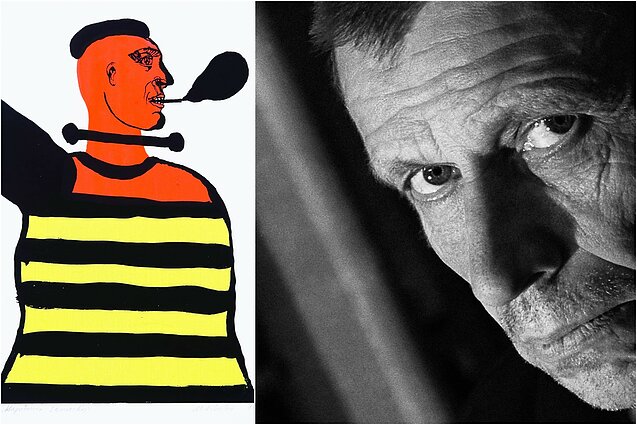 It's a printmaking technique of applying die on paper through special silkscreen stencils.

In the West, silkscreen printing is associated with mass consumption and pop art. The latter's influence is felt in Vilutis' oeuvre, too.

In 1970s Lithuania, his works seemed very modern, even aggressive. Therefore for several years after graduating, Vilutis would not be allowed to exhibit.

They would depict fragments of international culture and daily reality in new ways.

In addition to the new technique, Vilutis was distinctive for his original style. His works show sharp silhouettes, contrasting colours and unrefined shapes.

They are often humorous, even ironic. Nor does the artist shun self-mockery.

The piece is the artist's self-portrait and the title includes his personal identification number.

Vilutis is a multi-faceted artist. In addition to prints, he has created posters for exhibitions and theatre productions, illustrations for the books of Sigitas Geda, Marcelijus Martinaitis and others.

Vilutis himself writes witty essays about culture, society and philosophy.

They have been published in culture periodicals and two editions of collected essays: Cake and Soup. 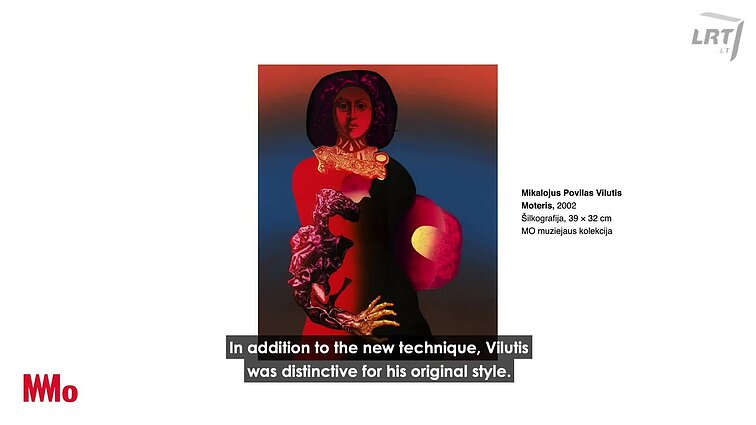 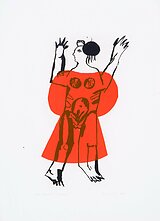 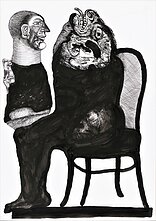 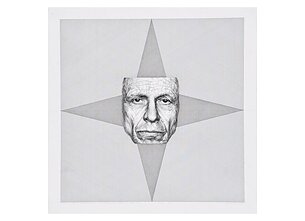 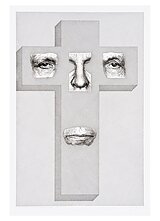