Earth Day 2020, a moment to choose the future – opinion 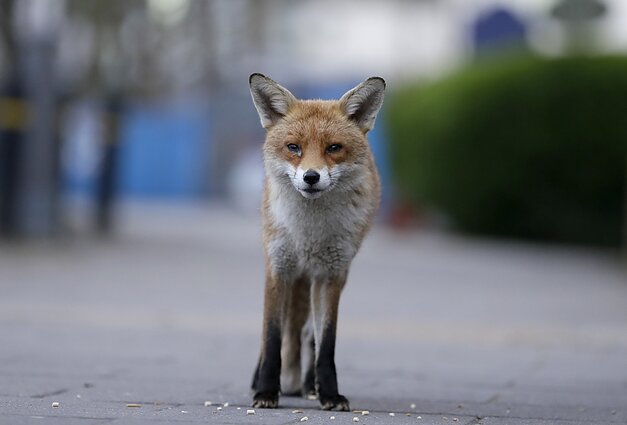 The decisions we take today will determine how we will mark Earth Day 2050 – whether we will share nature's success stories, or wildlife obituaries, writes Elena Lazutkaitė, a doctoral candidate at Nottingham University in the UK.

On April 22, 1970, the first Earth Day gave voice to an emerging public consciousness about the state of our planet.

This week we are celebrating the 50th anniversary of Earth Day amid the Covid-19 lockdown. The pandemic has shifted the Earth Day action into the digital landscape. More importantly, it has forced us to revisit the One Health Approach which recognises that environmental, human and non-human animal health are closely related.

If early naturalists strived to preserve species or ecosystems because they were fascinated with the Earth’s wonders, today’s scientific approach to conservation is significantly different. Researchers from a vast array of disciplines warn us that “our house is on fire”. Rewilding is not just for nature – it is essential for our own survival.

On Earth Day 2020, the accelerated bleaching of coral reefs tragically reminds us of the uncomfortable link between human, animal and ecosystem health. Earlier this month, one of the greatest natural wonders of the world, the Great Barrier Reef, was reported to be suffering its third and most widespread bleaching event in five years.

Coral reefs are home to 25 percent of all marine life on the planet, rivalling the biodiversity of tropical rainforests. Situated off the north-eastern coast of Australia, the Great Barrier Reef is the largest living structure on Earth, so big it is visible from space. 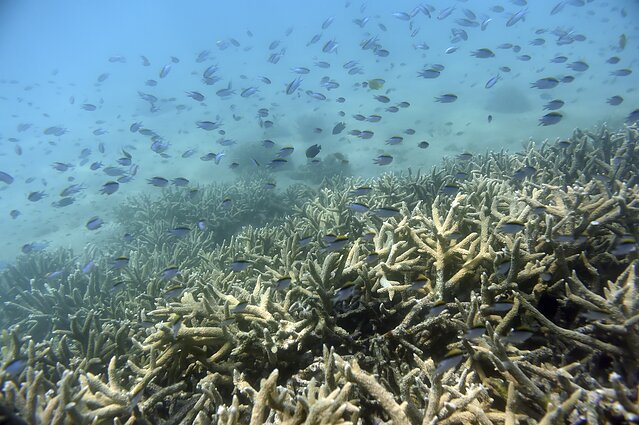 The Great Barrier Reef is comparable to a city, except its iconic architecture is solar-powered and living; corals thrive in a mutualistic relationship with algae; the corals provide the algae an environment and nutrients they need for photosynthesis; the algae in turn feed the corals.

Buzzing with exuberance of life, corals can live for up to 5,000 years, making them the longest living animals on Earth. And yet, they can vanish in one human lifetime.

Coral-reef ecosystems are collapsing at an alarming rate, leaving ocean and our life impoverished in a myriad of ways. As rising ocean temperatures disturb the delicate symbiotic relationship between the corals and the algae, the entire web of life is disrupted.

Without the coral, there is no reef. Altered fish and other animal communities cause suffering to coastal human communities that depend on the abundance as well as beauty of coral reefs. 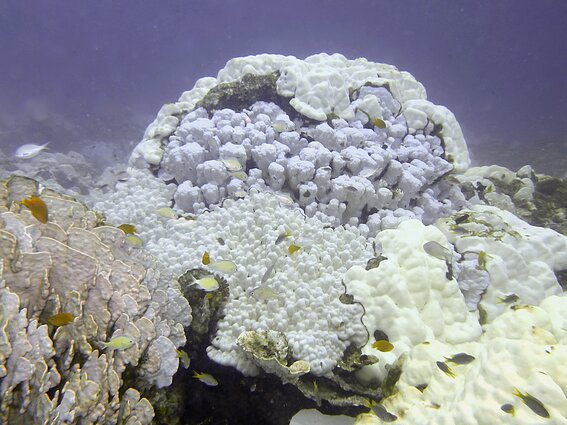 Losing reefs also means giving up “the medicine cabinets of the 21st century”. Coral reef plants and animals have been important sources of life-saving medicines for viral infections, cancer, asthma, arthritis and other diseases.

In 2015, the Natural History Museum in London, UK, estimated that coral reefs provide a global value of 5.7 trillion pounds a year, more than the GDP of Germany and the UK combined. Governments worldwide applied the “too big to fail” motto to save megabanks during the 2008 financial crisis, but turn a blind eye on the death of coral reefs.

The planet of humans and (farmed) animals

If we pause to think about the Earth’s animals, we might picture lions, orangutans, elephants, lemurs or whales, but these are the images of nature documentaries rather than reflections of the global animal “census”.

Our appetite for animal products has shifted the balance of animal life. Broiler chickens, whose ancestor, the Red Jungle Fowl, still roosts in Southeast Asia, now have a combined mass exceeding that of all the other birds on Earth.

Animal farming is a great concern for all possible reasons: the appalling cruelty of intensive farms, deforestation, extinction of wildlife species, pollution of air, water and land, public health risks due to antimicrobial resistance and zoonoses. 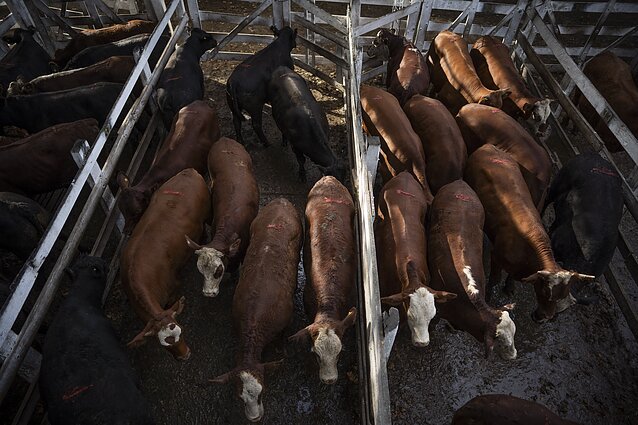 Cattle are corralled at the Mercado de Liniers, Argentina's largest livestock market, in the outskirts of Buenos Aires / AP

Emerging zoonoses are particularly relevant today. The ever-increasing number of farmed animals and stressed wildlife are two sides of the same coin: both are marked by animal suffering and backfire with diseases.

The close human-animal contact in farming practices make humans particularly vulnerable to zoonotic pathogens. A recent study published in the Proceedings of the Royal Society B looked at 139 viruses known to have been transmitted from terrestrial mammals to humans. Epidemiologist Christine Johnson and colleagues revealed that eight out of 10 species that share the highest number of viruses with us are domesticated animals: pig, cow, horse, sheep, dog, goat, cat and camel.

‘When the facts change, I change my mind. What do you do, sir?’

It seems that the more obvious our voracious treatment of the non-human world becomes, the greater effort is invested into denying it or coming up with a magical (or brutal) technological fix. The boast that “when the facts change, I change my mind” is a proud one. “When the facts change, I reinforce my prejudices” is closer to truth.

Around the world, there have been reports of bat killing sprees, a cruel and unscientific attempt to stop the spread of Covid-19.

This is, alas, familiar – during the avian influenza epidemic, there were widespread calls for killing migratory waterbirds and destroying their habitats. In the 2010s, British farmers insisted on badger culling as a method to control the spread of bovine tuberculosis (TB). Despite outcries from scientists, shooting badgers was trialled for years, only to conclude that it makes no meaningful contribution to bovine TB control and may actually increase the spread of disease. 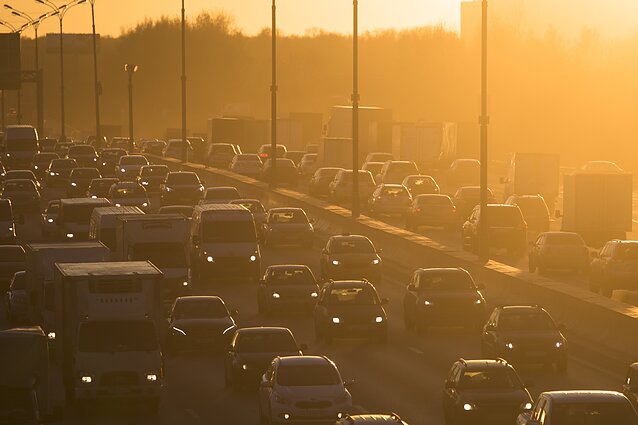 There have been multi-million-dollar proposals to build machines for sucking CO2 out of the atmosphere (should forests and oceans feel offended?) or use pumps and fans to circulate cooler deeper water to save corals.

Fortunately, these shortcut “solutions” have been ruled out. Not only are they ridiculously costly, but do nothing to address the roots of the problem – our exploitative and myopic relationship with the natural world.

The problems are profound, so must be the solutions

In 2019, more than 11,000 scientists declared the climate emergency and outlined a series of required actions that revolve around efficient energy use, stabilising global population, ending the destruction of nature, switching to a plant-based diet and shifting economic goals away from GDP growth.

Surely, given what we know today, we would like our governments to divert investment from fossil fuel and animal farming industries to renewable energy and plant-based food? 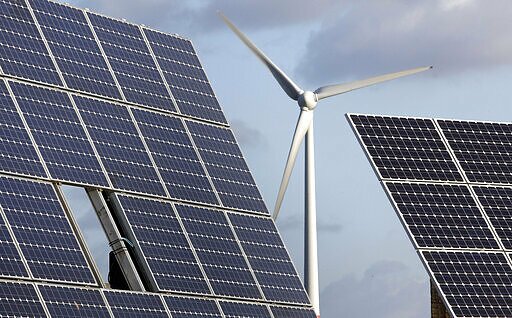 As the Covid-19 pandemic is shaking our economic systems to the core, we are presented with a unique opportunity to do precisely that and recover greener.

Green bailouts and stimulus packages could place the climate emergency and sustainability at the heart of recovery plans. Conditions could be attached to ensure that bailouts are structured in ways that transform the sectors sustainably.

News stories have been circulating about animals coming back to cities under lockdown. Some of them were fake and gave a false impression of flourishing nature. Dolphins are not swimming in Venetian canals, nor have swans made a return – they have long been regulars in the canals of Venice.

On a brighter note, these fake reports demonstrate that people are hungry for nature 'success' stories and are hopeful about the power of the natural world to recover.

Placed under the lockdown, many of us miss the soothing contact with nature. So we cheer news about a drop in air pollution in China and northern India, where the Himalayan mountain range is now visible from 200 km away (these stories are true). 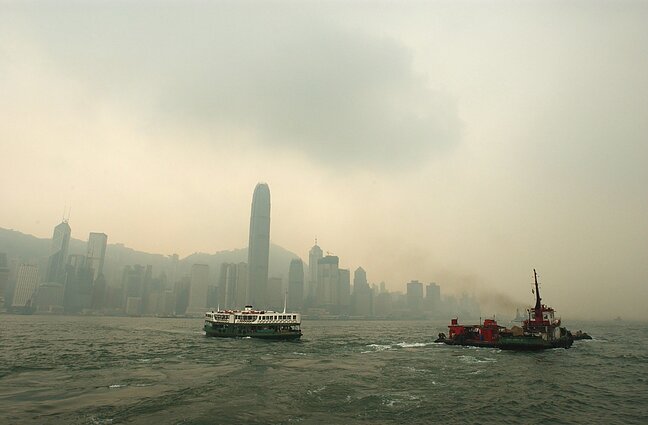 Nature victories, however, will be temporary, unless systemic changes are implemented. Decisions we take today will determine whether on Earth Day 2050 we can share real and long-term success stories or wildlife obituaries.

In 2016, an obituary falsely proclaimed the death of the whole Great Barrier Reef. Can we allow it to become true?

Elena Lazutkaitė holds a master’s degree in animal welfare and conservation from the University of Essex and is currently a doctoral candidate at Nottingham University in the UK. 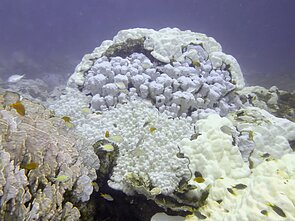 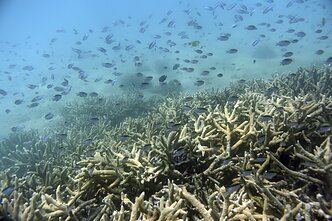 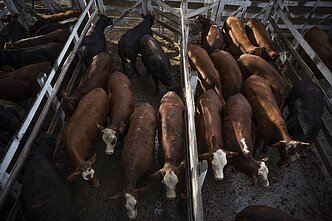 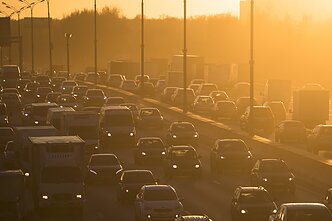 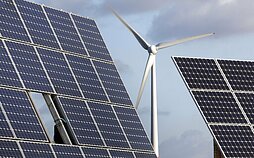 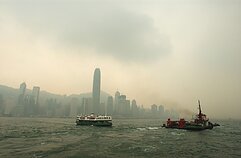