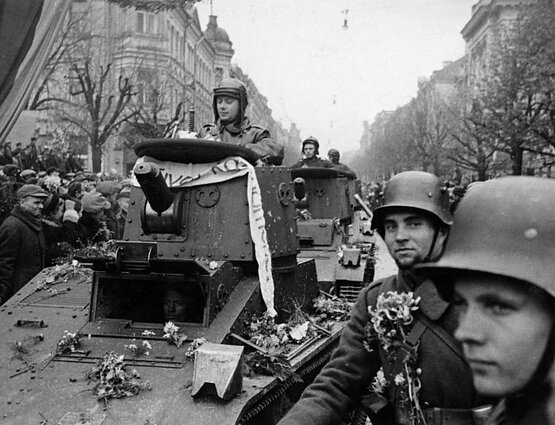 Lithuanian soldiers in Vilnius after it was handed over to Lithuania / Wikipedia/kam.lt

For almost two decades in the early 20th century, Vilnius was part of the Republic of Poland, to Lithuanians' great chagrin who saw it as their legitimate capital. Eighty years ago this month, Lithuania regained Vilnius, but it was a bittersweet victory. “We have Vilnius, but the Russians have us,” a contemporary saying went.

On Monday, a group of people came to pay tribute to soldiers buried in Rasų Cemetery in Vilnius. The soldiers took part in Lithuanian Wars of Independence, a series of battles Lithuanians fought to establish an independent state in the chaos after World War One.

Independence cost about 4,000 lives and there was a significant loss: Vilnius or Wilno, Lithuania's would-be capital but at the time a predominantly Polish-speaking city, was incorporated into the new Republic of Poland.

The ‘Vilnius question’ remained a point of contention that prevented Poland and Lithuania from establishing diplomatic relations and was eventually settled by bigger powers. 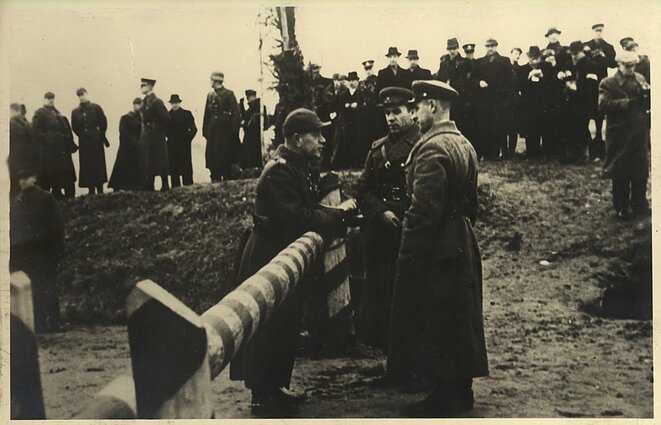 In autumn 1939, the Soviet Union, moving on a recently concluded agreement with Nazi Germany, invaded Poland and offered occupied Vilnius to Lithuania.

There was a catch, of course, but the offer was too tempting to refuse.

“Vilnius has been a Lithuanian capital and an inhabited settlement for a thousand years. Only for 19 of those years it had been torn away, but 80 years ago, it was legally and joyfully returned to Lithuania,” says Kazimieras Garšva, a chairman of Vilnija, a cultural and political organisation promoting Lithuanian culture in Vilnius region. “The entire nation was rejoicing.”

Lithuanians may have been rejoicing, but they made up a tiny minority of Vilnius population at the time, under one percent, according to the 1935 Brockhaus Enzyklopädie, a German-language encyclopedia.

There was another caveat – the treaty with Moscow included a condition that 20,000 Red Army soldiers remain stationed in the city. 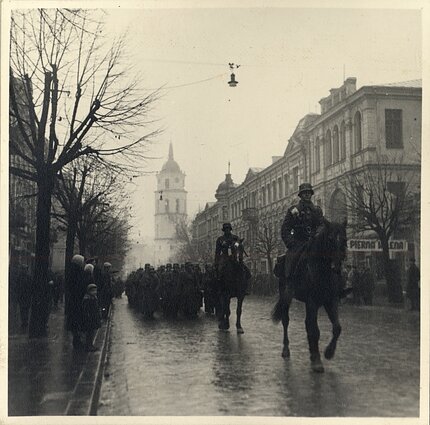 “The Soviet Union scored a double victory by giving Vilnius to Lithuania,” says historian Algirdas Jakubčionis of Vilnius University. “The treaty said they would set up military bases within the Lithuanian territory and Stalin later made an interesting remark: let's create the conditions for the Baltic states themselves to fall into our lap.”

And fall they did – the following year, Lithuania was occupied and annexed by the Soviet Union.

Meanwhile the Polish government in exile was rather calm about losing what was then the fifth biggest Polish city.

“They thought it's better to have Vilnius as part of a small Lithuania than occupied by the Soviet Union,” Jakubčionis explains. “[They thought] let's wait until the war is over and then we'll see how to take it back.”

A popular slogan in interwar Lithuania had been “we will not rest without Vilnius”. But in October 1939 it was replaced with “we have Vilnius, but the Russians have us”. 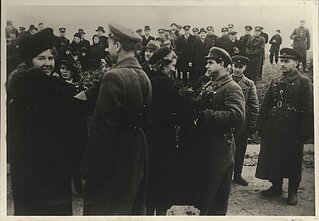 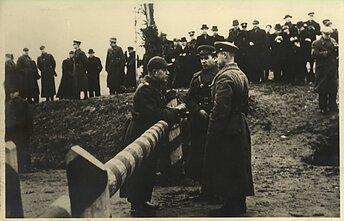 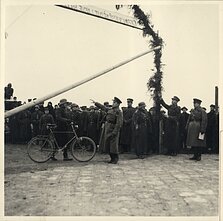 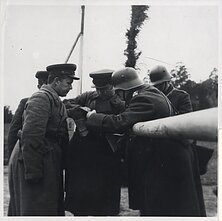 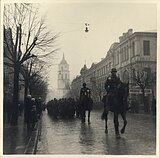 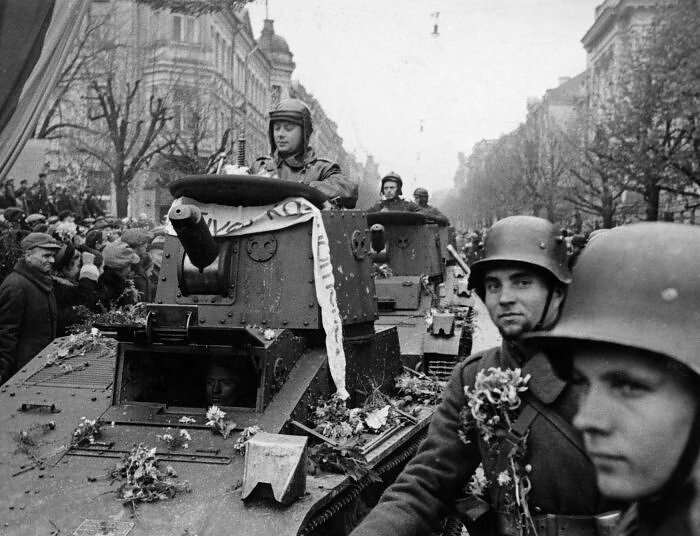 Lithuanian soldiers in Vilnius after it was handed over to Lithuania
1 / 6Wikipedia/kam.lt 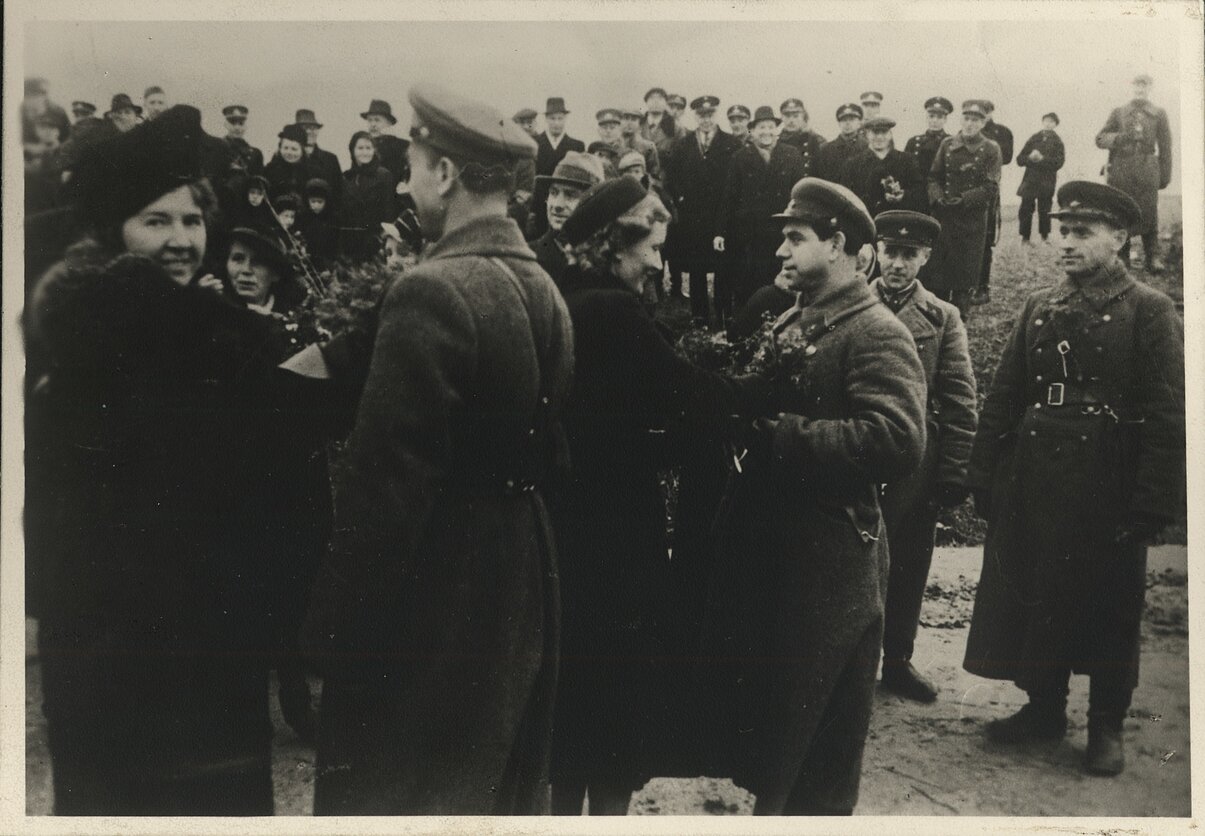 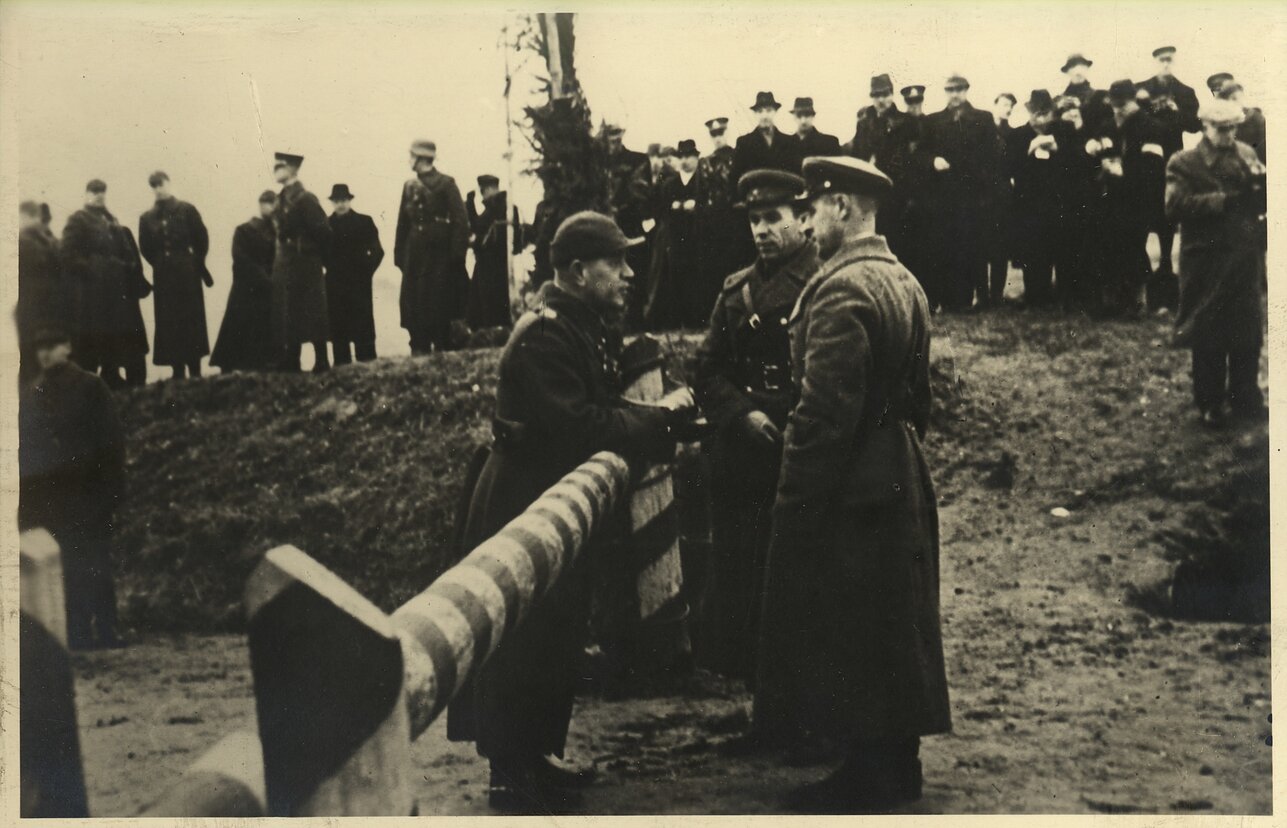 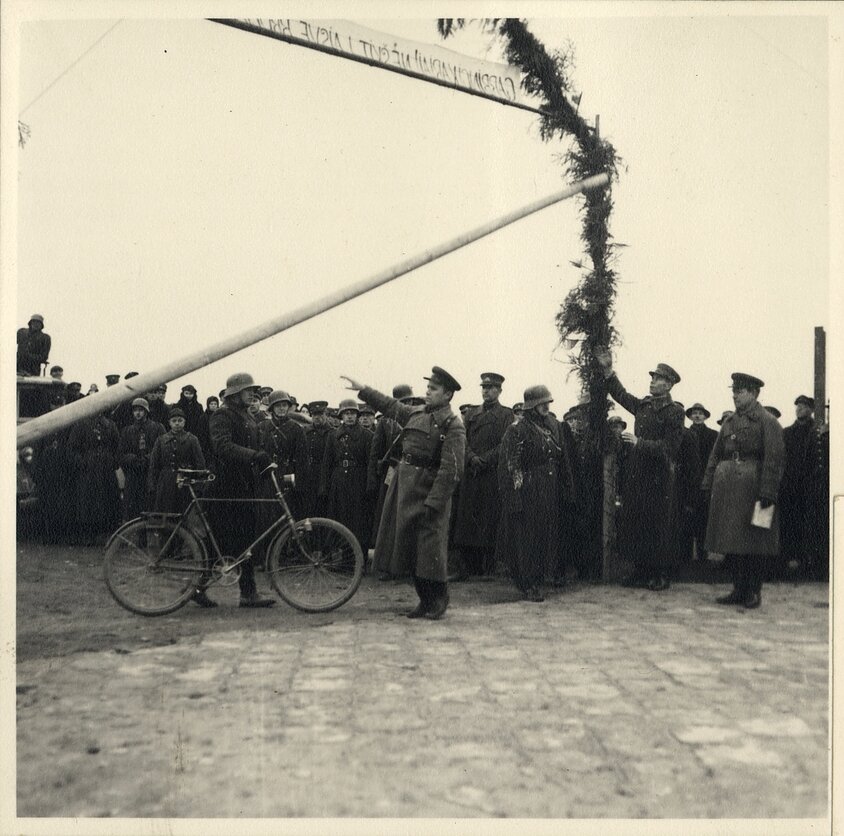 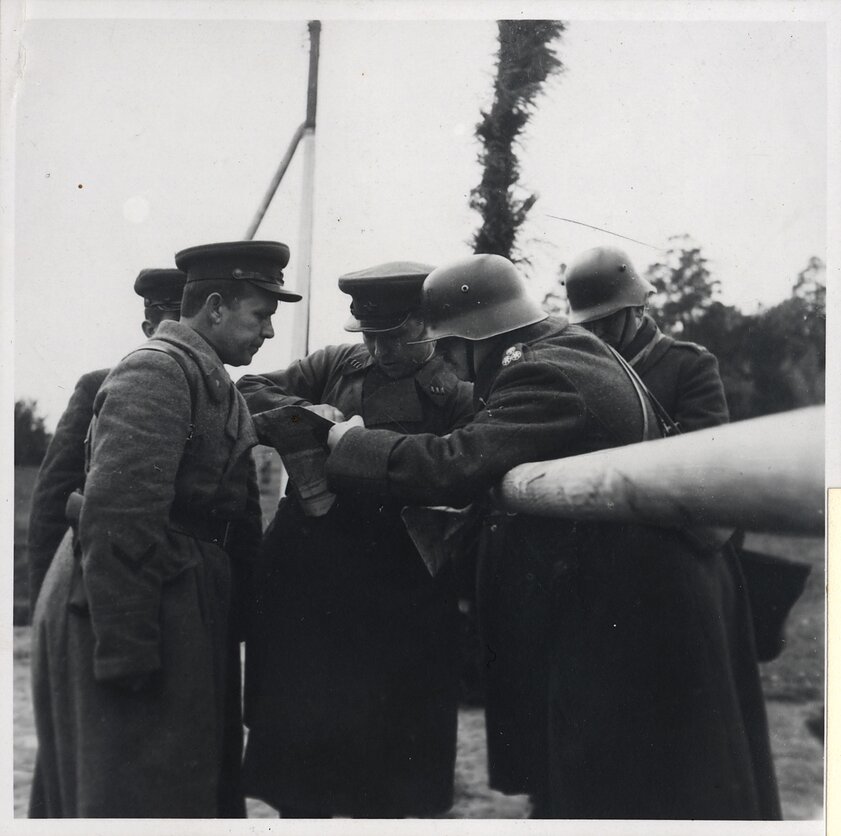 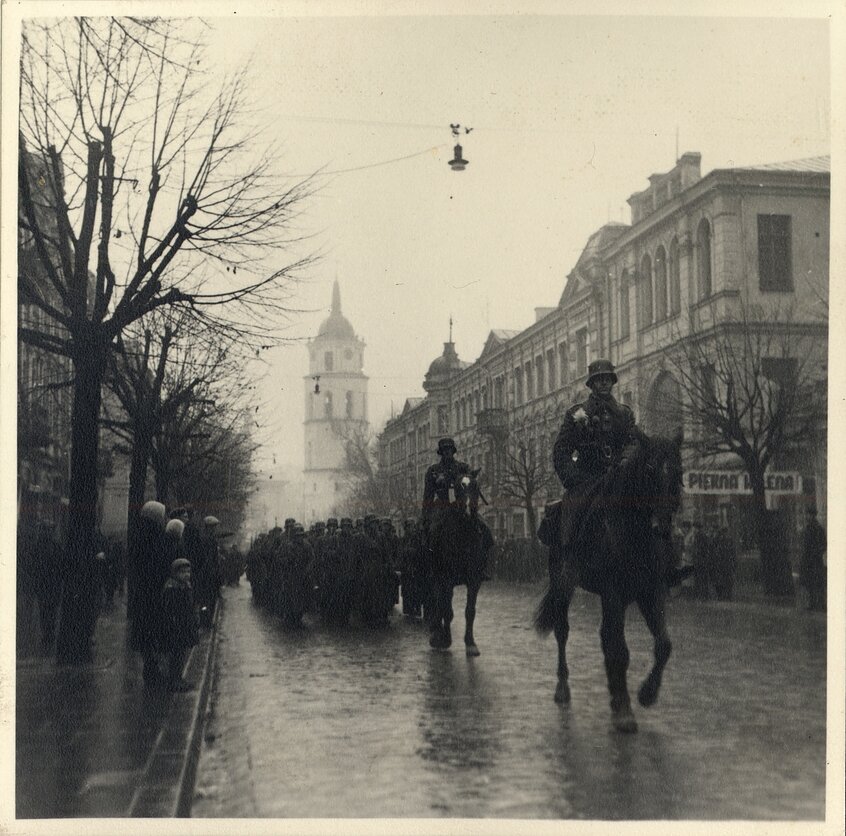