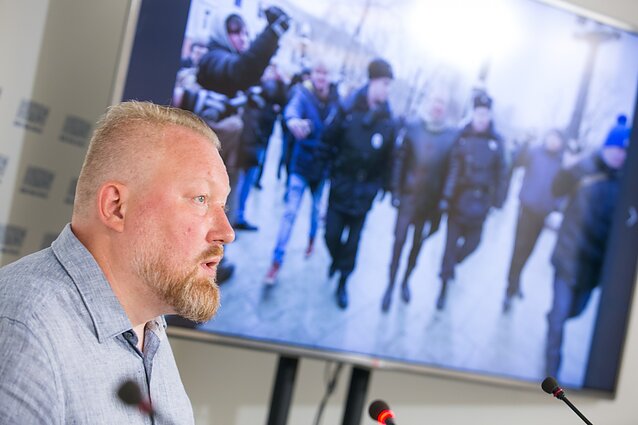 Gorsky's lawyer, Laurynas Biekša, has told BNS that his client plans to appeal.

Gorsky has commented on Facebook that the court failed to take into account letters from several non-governmental organisations supporting his case. He also said he was not explained how his activities posed a threat to Lithuania's national security.

“Neither the court, nor the State Security Department or the Migration Department told me or my lawyer what exactly is the danger that I pose to Lithuania,” Gorsky said.

The Russian arrived in Lithuania in July 2017, fleeing house arrest in Russia.

He is suspected of having incited extremism during a nationalist rally in Russia. The country has included him into a list of political extremists.

Gorsky himself has insisted that the case against him is politically motivated and that the Russian government is persecuting him for his public activities.

Lithuania first rejected Gorsky's asylum application in May last year, quoting information from the State Security Department which said that Gorsky maintained contacts with Russian intelligence bodies and could have been acting on the Russian government's instructions.

The non-governmental organisation Freedom House has described Gorsky as a Kremlin-controlled provocateur whose oppositional activities are a sham.

Gorsky has rejected the accusations, saying they were made up by his political competitors, Russian opposition figures in Lithuania and Ukraine, and one blogger.