Lithuania ready for 5G, but only Chinese companies ‘can provide full package’ 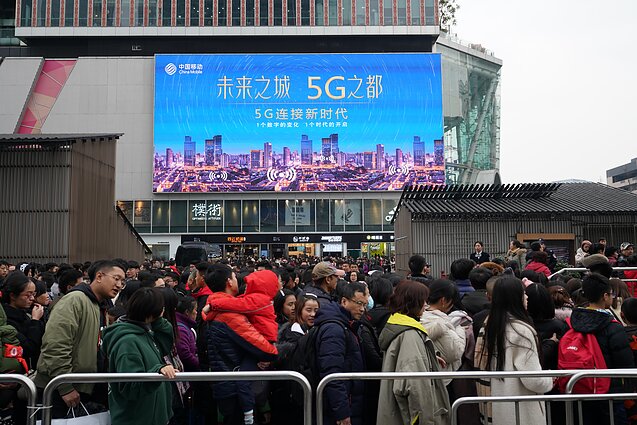 Lithuania is preparing to launch frequencies auction for its 5G network in early 2020, and despite calling on the EU to create a blacklist of telecommunication companies and include a cybersecurity clause in its tenders, only China can offer the full package, according to Lithuania’s Defence Vice-Minister Edvinas Kerza.

“Only China and its companies can successfully offer services for all segments,” said Edvinas Kerza. “This means that technology from one country and essentially one provider dominates the core, the nodes and the consumer equipment.”

One of the two 5G towers in Lithuania is located on top of a building in Vilnius. However, the Telecommunications operator Telia has switched it off following tests in December 2018.

Now, the company is awaiting the previously delayed frequencies auction that should take place in early 2020.

“Huawei is only one part of the mobile network market [and] there isn’t a single dominating manufacturer,” said the chief technologist at Telia, Andrius Šemeškevičius. “There are a few providers,” and according to him, they don’t need to rely on Huawei.

“We are planning to install 5G network only when the frequencies auction has finished and the security guidelines have been released – then we will choose the provider.”

Lithuania has suggested for the European Commission to create a blacklist of companies, create a cyber security clause for equipment certification, and make sure that national security requirements are part of frequencies auctions’ conditions.

European Commission is planning to publish its recommendations this year, but according to Telia’s Šemeškevičius, “they are some 10 years too late”.

“Some countries have already invested” in their “tens and hundreds of millions” into the launch of its 5G networks, and some of the “same Chinese manufacturers” are already operating.