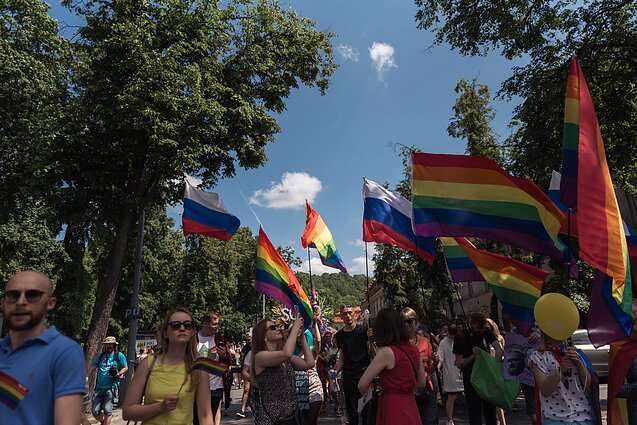 In a sea of rainbow flags and Lithuanian tricolours, Jonas Danilov stood alone. Holding aloft the Russian flag, he attracted looks, cameras, and solemn handshakes from the passing Baltic Pride crowd in Vilnius.

Soon, however, he was joined by several others; then more followed. Danilov wasn’t a lone protester, but an organizer of the annual Russian LGBT+ cohort travelling to the Baltics to seek a safe space for expression.

“We tried to organize a pride march in Kaliningrad, but the cossacks threatened to attack us, and we called it off,” said Oksana (name changed) from Kaliningrad. “There is this sense of freedom here,” added her friend Tania, who came to Vilnius via Istanbul from Taganrog near the Azov Sea. She also didn’t want to be named for fear of persecution.

As June marked the global Pride Month, and in Vilnius the annual Baltic Pride attracted around 10,000 people on June 8, members of the Russian gay community used the occasion to stage their own demonstration.

Marching among the crowds in Vilnius, the roughly dozen Russian attendees sported Russian flags and posters denouncing Kadyrov and Putin. 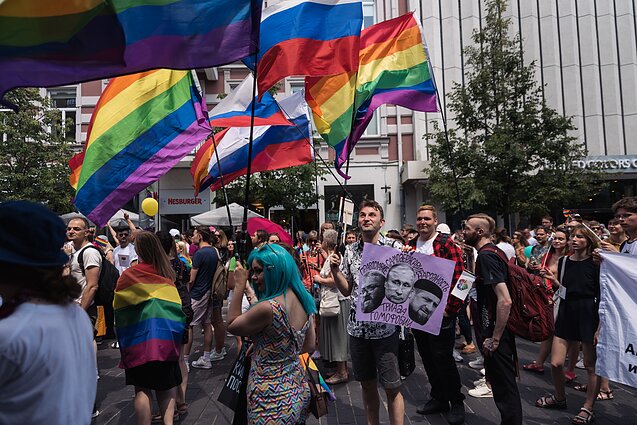 In Russia, the same has not been possible due to fear of violence, they say.

“The Baltic states helped us a lot” by being the first countries to offer asylum for persecuted gay Chechen men, says Peter Voskresenski, a doctor and human rights activist from St. Petersburg.

“There is a genocide in the Chechen republic [and] in other regions there are also killings of gay people, including by law enforcement [...] the court and police system is covering up the crimes,” says Peter.

The biggest problem, according to Oksana from Kaliningrad, is not systemic repression, but the inaction of the police and authorities in the face of violence from counter-protestors.

Yet, according to Voskresenski, the predominantly far-right counter-protestors are controlled by the Russian security service, the FSB.

“We had around 50 people march in St. Petersburg around four years ago,” says Voskresenski. The march coincided with a conference organized by the European Commission and, according to him, “Russia didn’t want an international scandal”.

Then, “not a single far-righter attacked us,” showing how much the FSB controls them, says Voskresenski. 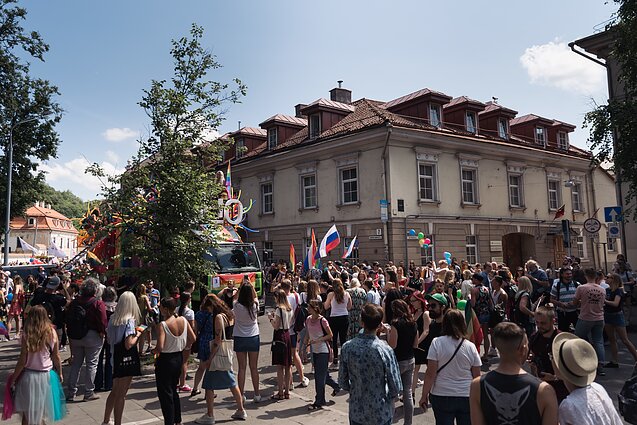 The dominant LGBT rights organization, the LGL, which organized the Baltic Pride in Lithuania, told LRT English in a written statement that despite “maintaining close connections” with Russian LGBT+ organizations, “we cannot name them or the activists, as the Russian services can use the information against them”.

However, Eglė Kuktoraitė, communications manager at the LGL, said they worked with an organization in St. Petersburg and the ‘Russian LGBT Network’.

Lithuania was the first country to offer asylum to persecuted gay Chechens in 2017, and the LGL says it cooperated with Lithuania’s Foreign Ministry to support two refugees in Lithuania.

The MFA told LRT English in a written statement that the ministry “maintains a dialogue with Russian NGOs, and has spoken out in various international formats against LGBT+ persecution in Russia”.

“Lithuania, together with other countries in the Organization for Security and Co-operation in Europe (OSCE), has initiated Moscow Mechanism against Russia” due to the persecution of gay people in Chechnya.

“We are happy that activists from Russia have an opportunity to use the right for peaceful assembly at least in Lithuania,” said Kuktoraitė from the LGL. 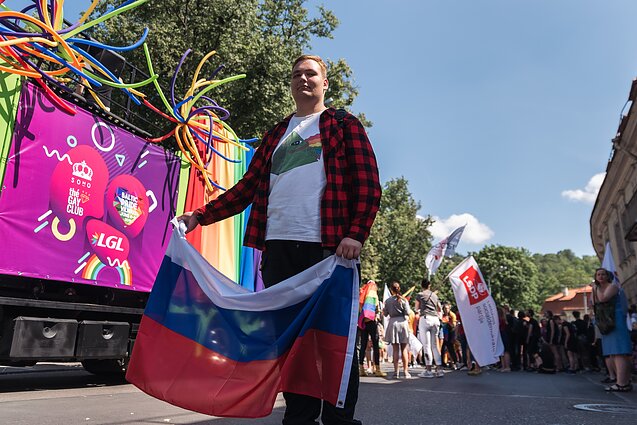 Jonas Danilov standing by himself at the beggining of the Baltic Pride march in Vilnius, June 2019 / Benas Gerdžiūnas/LRT

Russian LGBT+ community as the connecting bridge in the Baltics

Voskresenski says the Russian LGBT+ group coming to the Baltics presents a rare chance for both the local Russian-speaking communities, as well as Russian nationals, to engage with the local majority population.

The Russian-speaking LGBT+ community, he says, face dual discrimination in the Baltic states.

“They receive aggression from their own Russian-speaking community, which is more conservative than the local population,” says Voskresenski.

“But they are also met with aggression from the society in the Baltic states and are under discrimination as Russian-speakers,” he says, a conclusion he draws from conversations with the community here and the local political discourse.

The problem lies with the governments, but also the Russian-speaking communities themselves, and the negative sentiments could be exploited by the Kremlin, as in Ukraine, said Voskresenski.

Therefore, “it’s important that [the Russian-speaking community] has a voice and their relationship to the society changes.”

Russian presence among the crowds in Vilnius, presented “one of the few chances for dialogue” between them and the local people in the Baltics, he said. 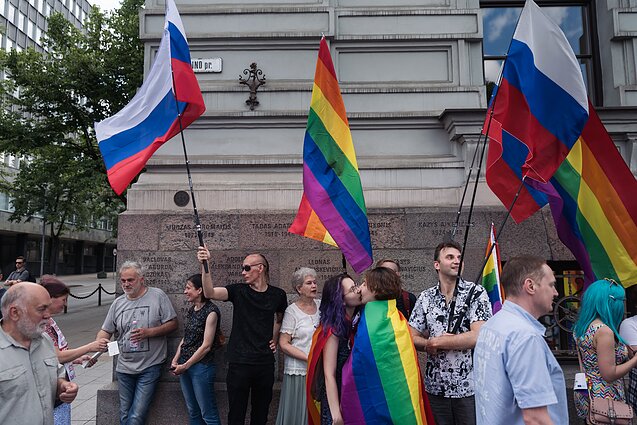 On June 8, Jonas Danilov stood with the Russian tricolour in hand. Among the rainbow flags of the Baltic pride, Russian political slogans, posters and the tricolour – symbolising repression for many in the Baltic states – brought a more solemn mood to the procession.

Yet, the goal was to show that Russia isn’t only the Kremlin, said Danilov, a Russian-speaker from Lithuania’s Klaipėda who helped organize the marching group.

“But, alas, the flag became a contentious issue” and there were Russian political refugees in Vilnius that “refused to walk with us – considering this flag to be too stained by the rulers of Russia,” he said.

Danilov stressed it wasn’t a Russian group only, but included local Russian-speakers – “for example, a Russian language teacher in a Vilnius school.”

“Initially, I just wanted to gather my friends from Kaliningrad to go to the Baltic Pride together. But Lithuania did not give someone a visa, and someone else was afraid of the reaction from friends and relatives.”

The Lithuanian MFA did not comment on specific cases of visa denials, and the LGL did not have such information.

Voskresenski, marching alongside Jonas, said that the controversial so-called gay propaganda law in Russia has also pushed the community underground. They are “refused rent, refused service in the shops,” says Voskresenski, and “now people are simply afraid, there is a sense of fear across Russia”.

“Some people simply live in a social ghetto,” isolating themselves for protection, according to Voskresenski.

Yet, “there is a paradox – because propaganda machine in Russia is now aimed at Ukraine, the gay community can organize among themselves,” sometimes without any negative consequences.

Still, those attending protests can be issued fines in the thousands of dollars, which according to Voskresenski’s friend, is “a personal [and unaffordable] catastrophe”.

“The Russian regime is very inconsistent,” he said. 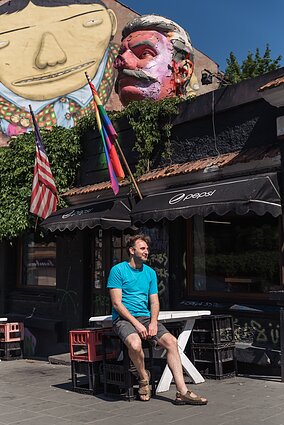 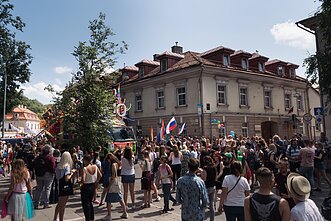 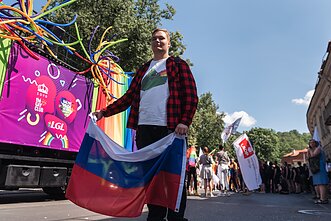 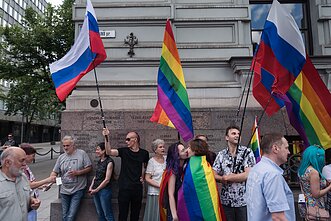 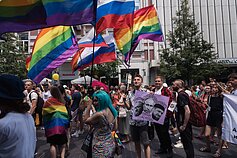 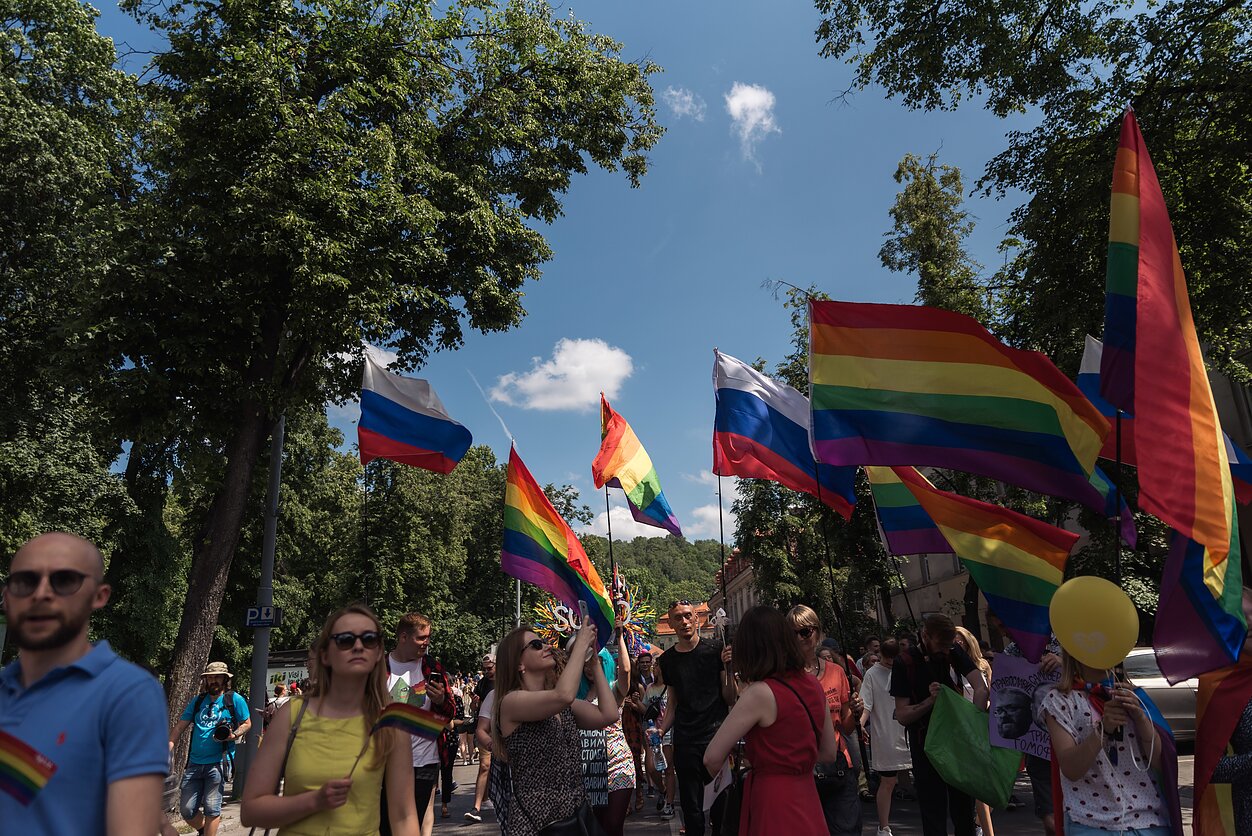 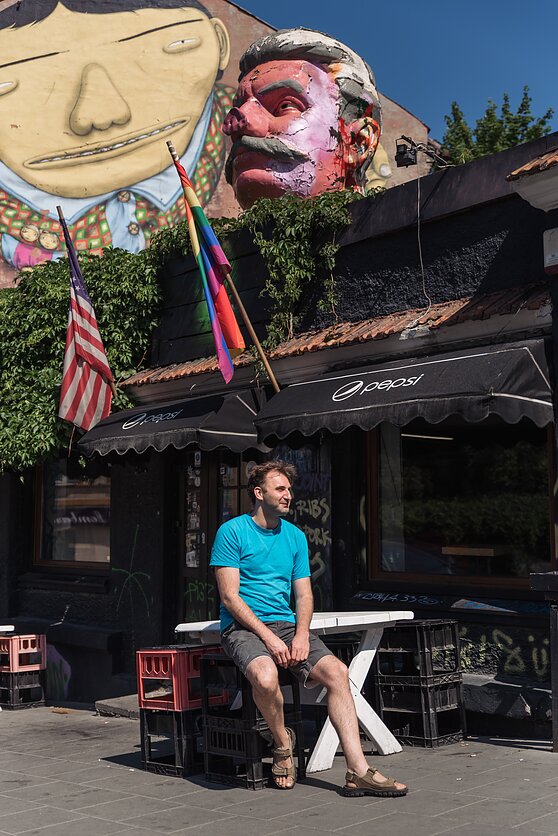 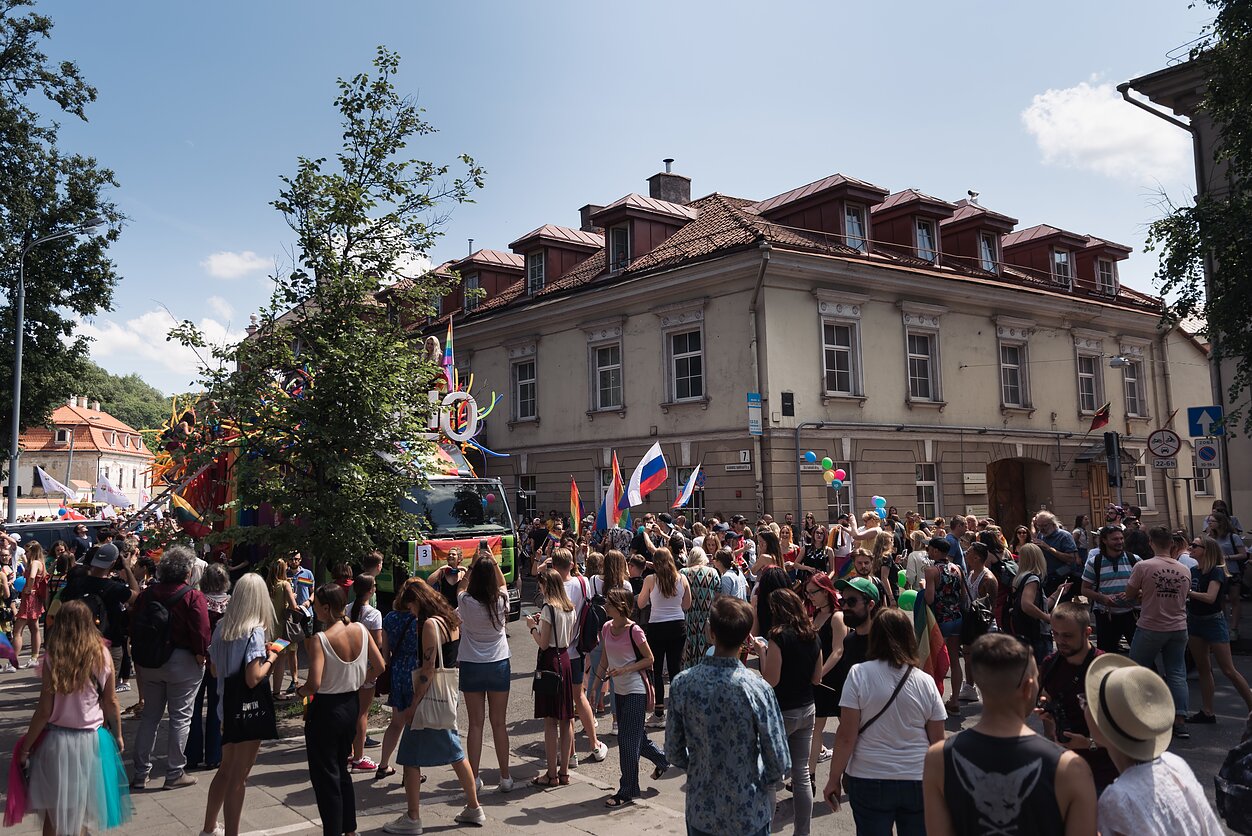 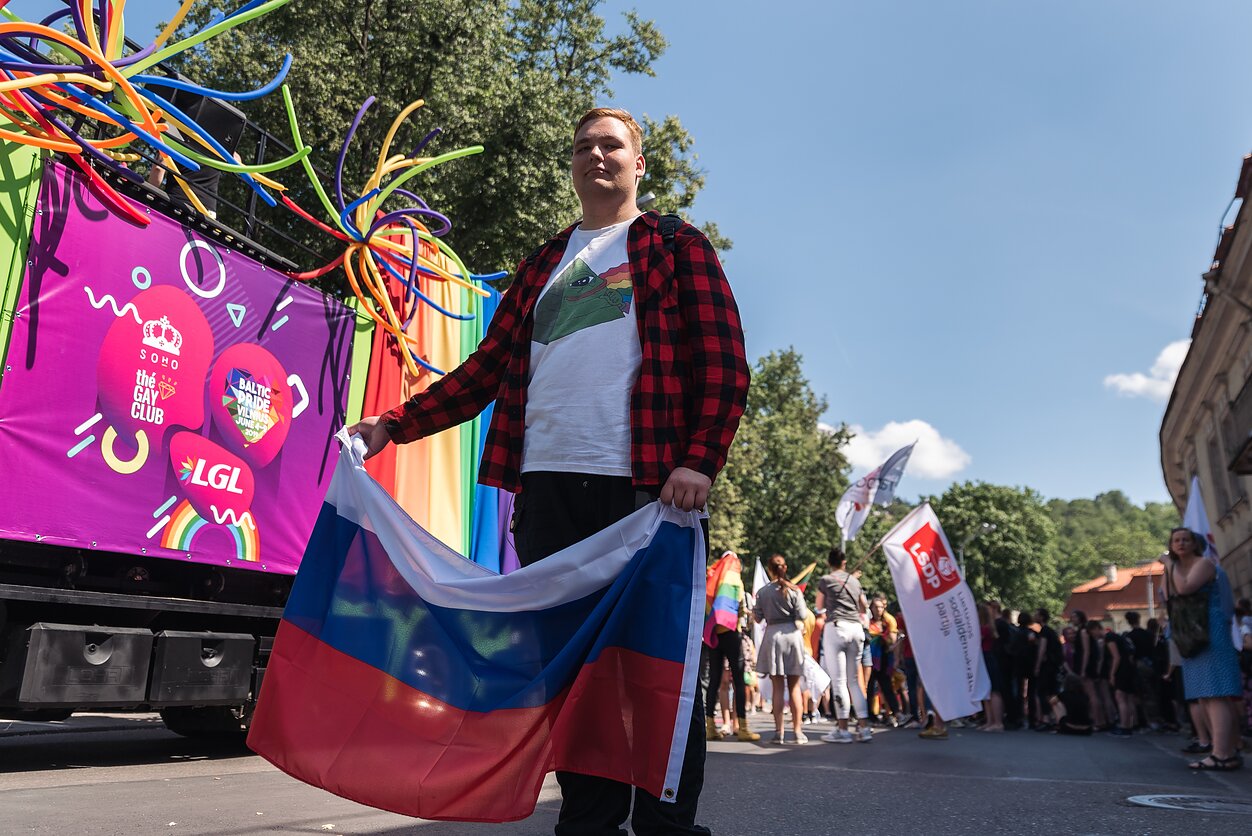 Jonas Danilov standing by himself at the beggining of the Baltic Pride march in Vilnius, June 2019
4 / 6Benas Gerdžiūnas/LRT 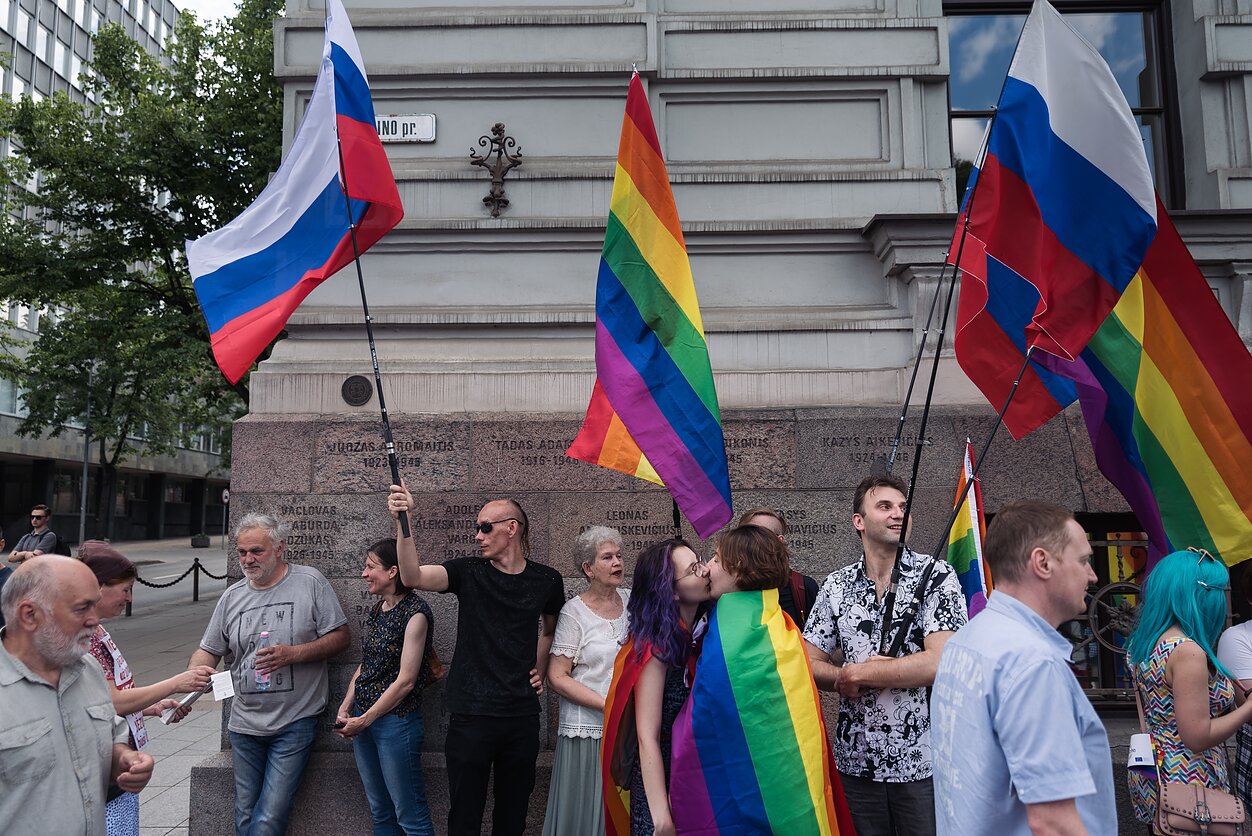 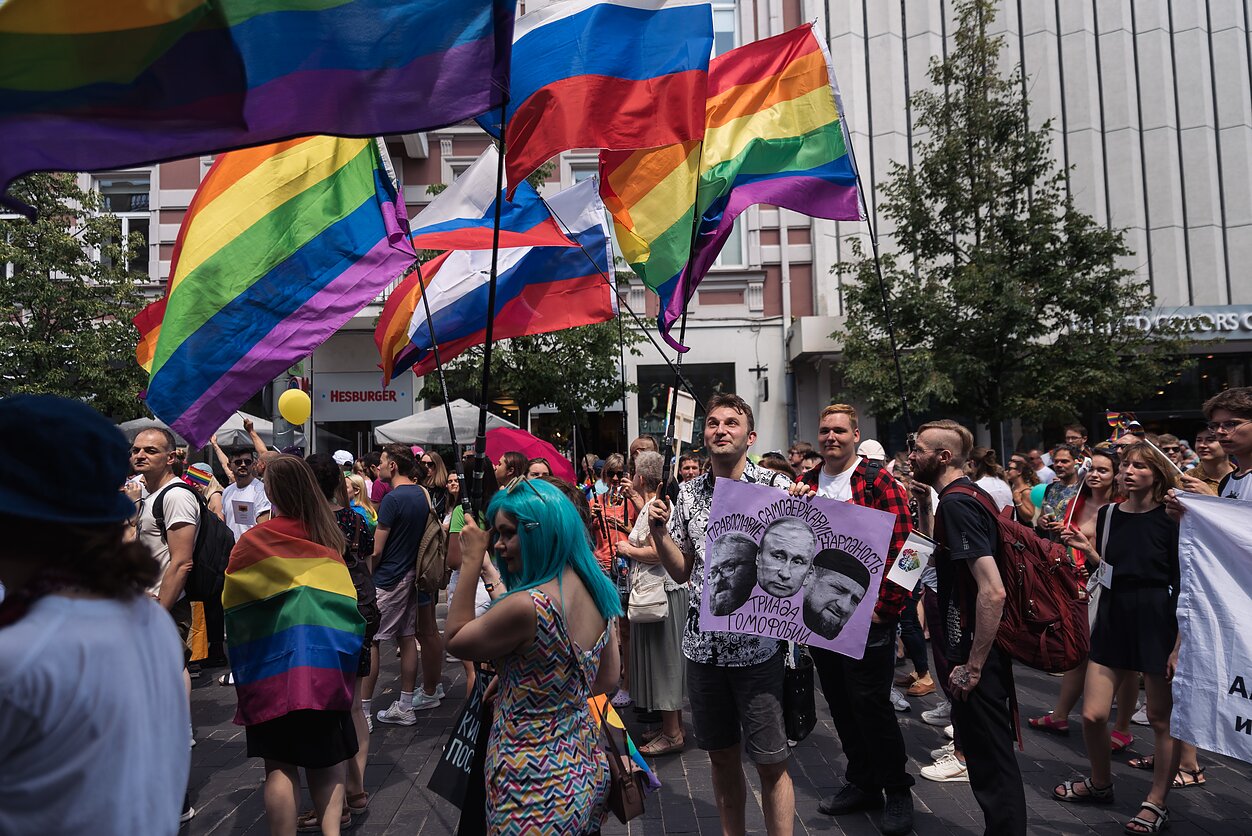 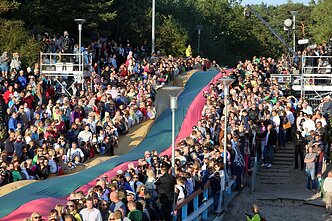 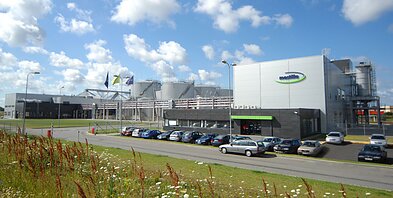 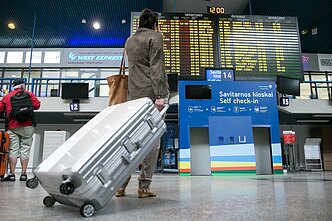 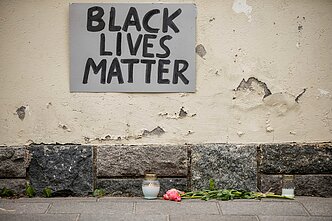 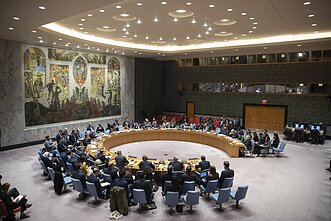 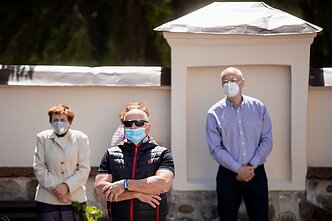 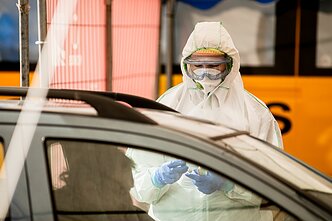 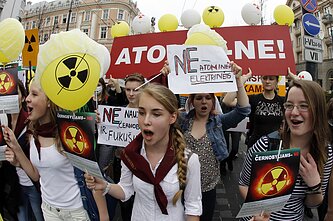 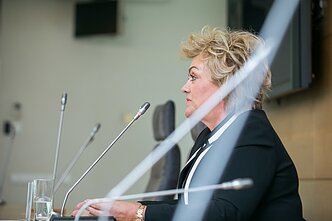