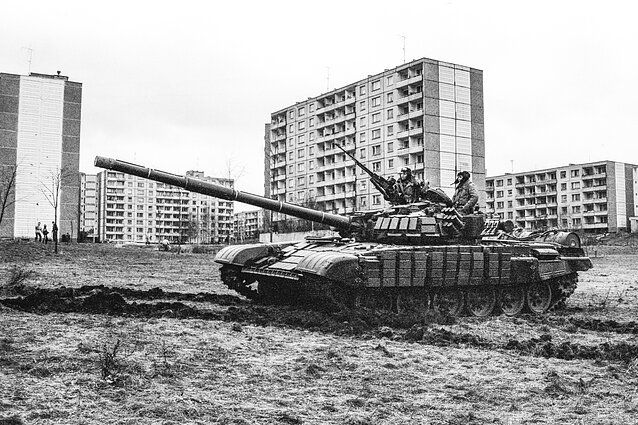 Lithuania warns EU partners over Russia's actions against Lithuanian prosecutors and judges involved in the case of Soviet war crimes and crimes against humanity.

In a statement, Jankevičius said Lithuania must closely cooperate with Eurojust "if Russia, in pursuit of unlawful objectives, tries to abuse legal assistance mechanisms".

In March, the Vilnius Regional Court convicted a total of 67 Russian, Belarusian and Ukrainian citizens of war crimes and crimes against humanity but the verdicts since then have been appealed by both the prosecutors and some of those convicted.

The Justice Ministry said active legal cooperation with Russia was sought as part of this case and 289 legal assistance requests were sent but only five of them were partly executed.

Fourteen civilians were killed and hundreds were wounded when the Soviet troops stormed the TV tower and the Radio and Television Committee building in Vilnius in the early hours of January 13, 1991.