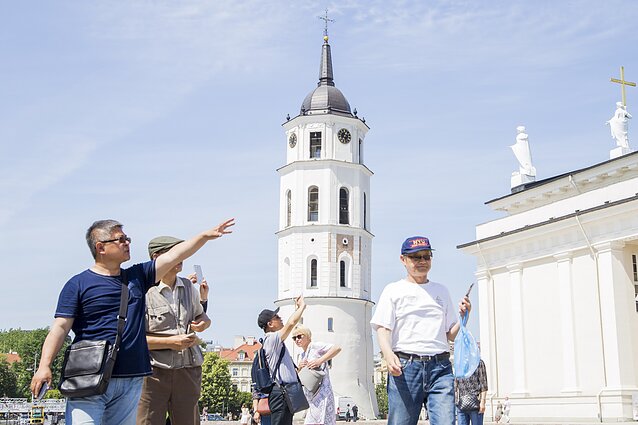 The tourism promotion agency says that 375,600 Lithuanians travelled for leisure within their country in January, February, and March.

In all, the country was visited by 663,400 tourists, domestic and international, during the period, representing an increase of 10.8 percent.

Growth like elsewhere in Europe. “The growth in the number of tourists in Lithuania over the period – 287,800 or 5.4 percent – matches the global trends: according to the United Nations World Tourism Organization, the increase of tourist flows in the entire European region during the first three months of this year was 5 percent on average. [...] A particularly optimistic indicator is the growing average duration of foreign tourists’ stay in Lithuania,” said Dalius Morkvėnas, the head of Lithuania Travel.

Outstanding growth from Ukraine and the UK. In the first quarter of 2019, the biggest growth of tourist flows came from Ukraine (32.1 percent, compared to quarter I of 2018). Ukraine is among the TOP10 foreign tourism markets for Lithuania.

Growth in double digits was also characteristic to the tourist flows from the United Kingdom: 13,800 people spent at least one night in Lithuania over January-March this year (an increase of 24.4 percent compared to the same period in 2018).

Improved air connections (flights from Vilnius to London City airport were launched in May) should increase the attractiveness of Lithuania as a tourist destination for the British people even more. 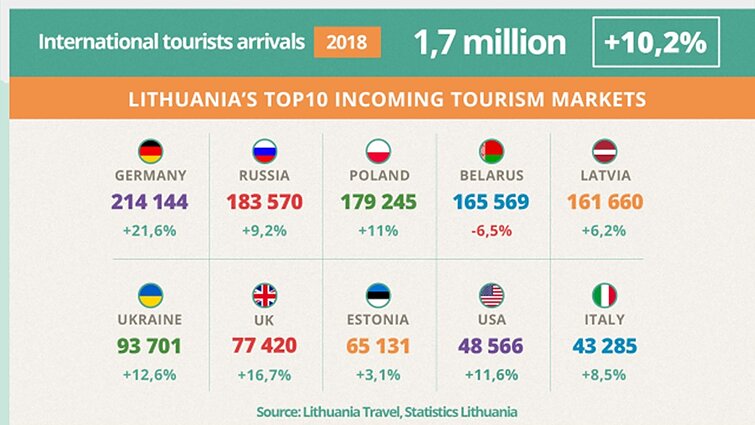 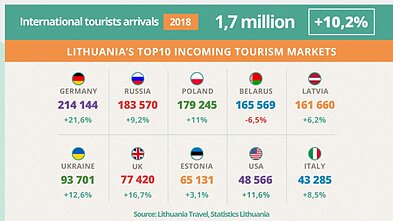