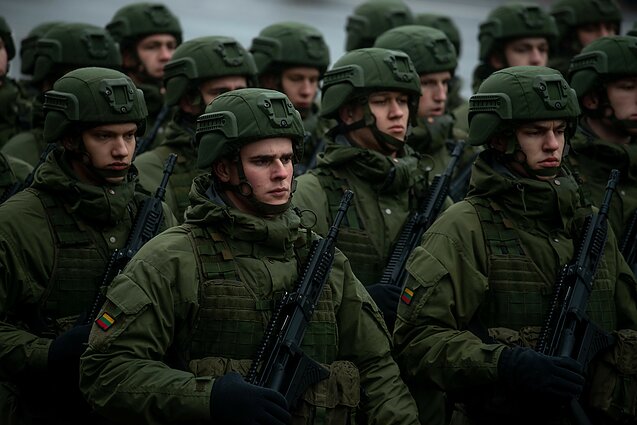 Mobility trumps rotational deployments, as NATO looks to balance deterrence with a decreasing sense of urgency five years after Crimea.

In the early hours of June 8 last year, elements of the high-readiness 82nd Airborne division departed their base in Fort Bragg, North Carolina, crossing the Atlantic Ocean and parachuting into Lithuania less than 18 hours and almost 8,000 kilometers later.

Mirroring Russia’s ability to move large forces across vast distances in a matter of hours, the operation also signalled NATO’s changing deterrence approach in the Baltics.

“Our deterrence posture is underpinned by viable military reinforcement, including from across the Atlantic,” read the joint statement following the NATO summit in Brussels the same month.

Calls for increased military mobility – including in cooperation with the EU – trumped calls for greater permanent, or rotational, build-up in the Baltics to deter Russia’s actions in the region, marking a change from the landmark NATO summit in Warsaw, 2016.

Then, the Enhanced Forward Presence (EFP) in the Baltics and Poland brought multinational NATO battalions, ensuring that the presence of allies would – theoretically – bypass the bureaucratic deployment mechanisms in times of a crisis.

Yet, as the years following Russia’s annexation of Crimea and its campaign in eastern Ukraine dragged on, the strategy for building deterrence in the Baltics has moved on with it. 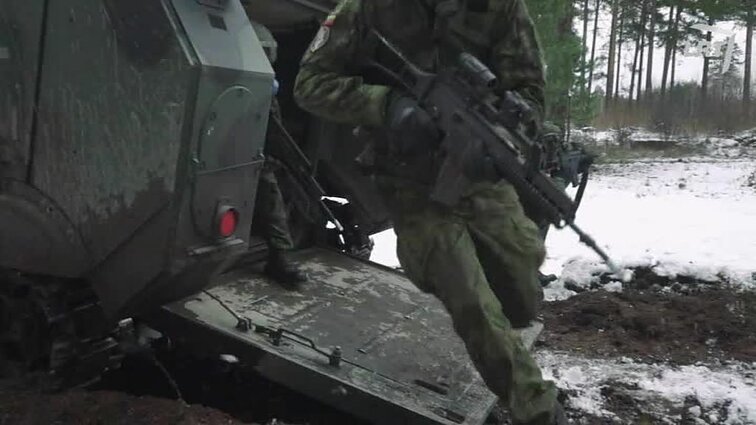 “There's a decreasing sense of urgency among countries within EU and NATO. Their response” is that the “EFP has worked well,” said Elisabeth Braw, fellow at the Royal United Services Institute for Defence and Security Studies (RUSI) in London, but “I don’t think there's an appetite for more”.

When it comes down to deterrence, “you either have the forces there in the first place, or you move them quickly,” said Braw.

Emphasis on mobility may not indicate a shift in deterrence approach in the Baltics, said Braw, but it’s crucial and is why “the US put so much emphasis on sending troops back and forth between US and Europe”.

In Brussels on May 14, Lithuanian Defence Minister Raimundas Karoblis signed the EU military mobility programme under the European Defence Agency with his counterparts from 22 member states.

The programme agreed on Tuesday comes in parallel with the already existing Permanent Structured Cooperation (PESCO) initiative headed by the Netherlands on improving movement of forces within the EU.

Yet, it hasn’t really “fulfilled its promise”, according to Elisabeth Braw, and the new programme stresses the need for the EU “to find a concise way” to achieve deterrence through mobility, said Braw.

Lithuania’s Ministry of Defence told LRT.lt in a written statement that the agreement signed last week “doesn’t duplicate, but contributes to all existing initiatives to simplify military mobility”.

“The Lithuanian-led group will simplify border crossing permission” process, whereas “a parallel group will look after customs procedures” for military equipment, the statement read.

“The existing EDA resources and experience will be used to help fulfil this programme, and PESCO will use it for its own goals".

However, according to the MoD, Ireland has refused to join the programme.

The Netherlands, part of EFP in Lithuania, is leading one of 34 PESCO projects which aims to ease customs procedures and ensure infrastructural capabilities to traverse Europe’s fading borders.

“It's actually a myriad of different questions and things that have to be resolved,” said the Dutch defence attache in Lithuania, Lieutenant Colonel Benedictus Rijnenberg. “Facilities and paperwork have to be in place” along the way, as well as in the host country”.

Building deterrence in the Baltics

“It’s one of those instances, where the deployment and speed of movement at the tactical level has strategic consequences,” said Keir Giles, an analyst at Chatham House, in reference to the 18-hour field deployment of the 82nd Airborne division from the US to Lithuania last year.

Hampered by entrenched bureaucracy, “it’s worrying that the US has to fly across the Atlantic to provide the speed of deployment that NATO nations in Europe simply cannot match,” said Giles.

Despite the efforts of “the US Army in Europe in promoting the idea of a ‘military Schengen,’” said Giles, “yet another military mobility initiative on top of PESCO proves just how challenging the task is,” and risks adding “bureaucracy instead of action”.

In the past, Russian snap drills have led to rapid deployment of brigade-strength units to the Baltic borders.

“It shouldn’t be that the only country in Europe capable of deploying significant number of troops is Russia,” said Giles.

And despite EFP serving an outsized “deterrence out of proportion to the relatively tiny number of troops involved,” according to Giles, “deterrence also depends on having, and demonstrating, the capability to reinforce the front-line states rapidly”.

The former US Forces General in Europe, Ben Hodges, has previously told reporters that “you have to demonstrate the ability to move across Europe, so any potential adversary says, ‘They can move fast with a lot of stuff’”.

Despite the disapproving calls in the Baltics and Poland, the prominent RAND Corporation think-tank has also claimed in 2018 that “rededication of Cold War–level resources to the Russia problem is unlikely [and] also not necessary”. It was key turning point from their own oft-cited wargame in 2016, which called for more permanent forces.

Yet, Europe will likely see more cross-Atlantic deployments before the EU can step up – even if Fort Trump does come to fruition in Poland.

“The unfortunate fact is that at the moment, only the US has the capability” to move forces rapidly, said Keir Giles from Chatham House. 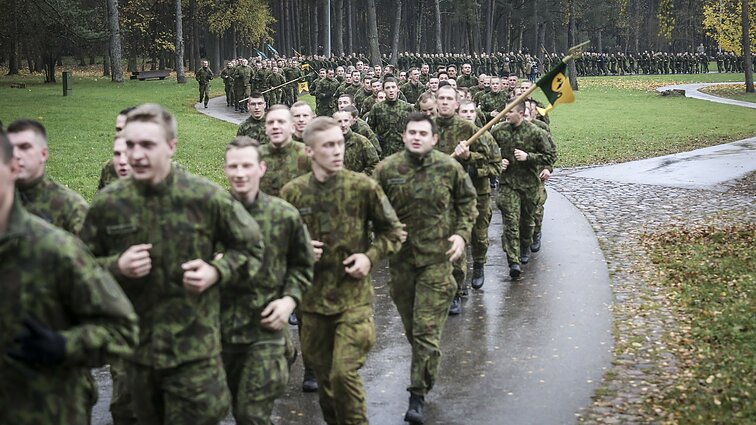 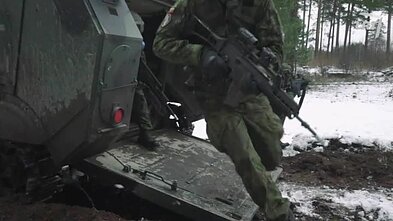 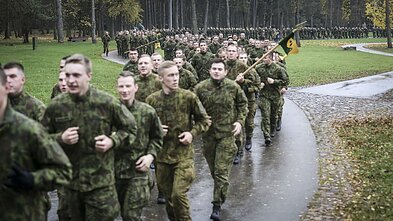 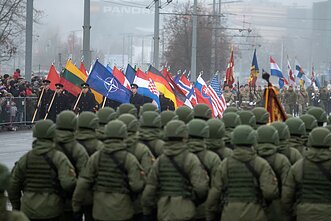