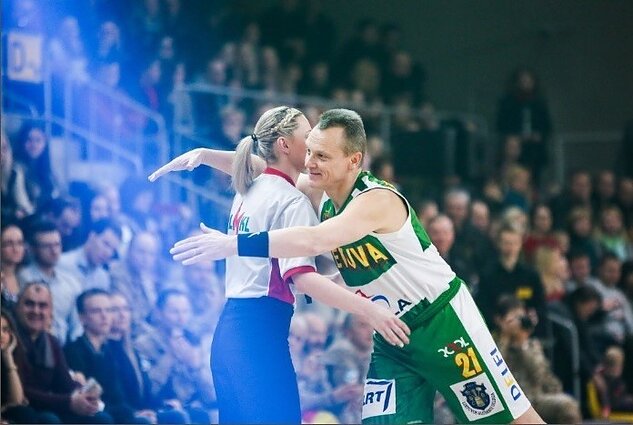 At best, basketball referees are invisible on the floor, at worst, they draw ire from fans for penalizing their team. When the referee is a woman, the scrutiny is much more intense, say Lithuanian female basketball officials.

Indrė Balnionytė, from Šiauliai, works at the LKF's Regions League games and eyes opportunities for moving upwards. The 26-year-old previously played basketball in the women's league, but at one point decided that, as a player, she didn't have a long career ahead, but wanted to stay in basketball.

“There is a joke among officials – that each referee is a failed good player. My career didn't go the way I wanted, so I decided to switch to refereeing. I wanted to see basketball from a different side,” Balnionytė says.

She received encouragement from Antanas Ramanauskas, a veteran official at the Lithuanian Basketball League (LKL). He suggested that Balnionytė enroll at a school for basketball referees in Šiauliai.

“For several years afterward I tried to balance playing and refereeing, but soon enough the decision to stick with the latter came almost naturally,” according to Balnionytė.

Her fellow referee, 24-year-old Milita Stalaučinskaitė, started officiating in the Regions League this season, having previously played basketball in Klaipėda. She says she fell in love with the profession instantaneously. 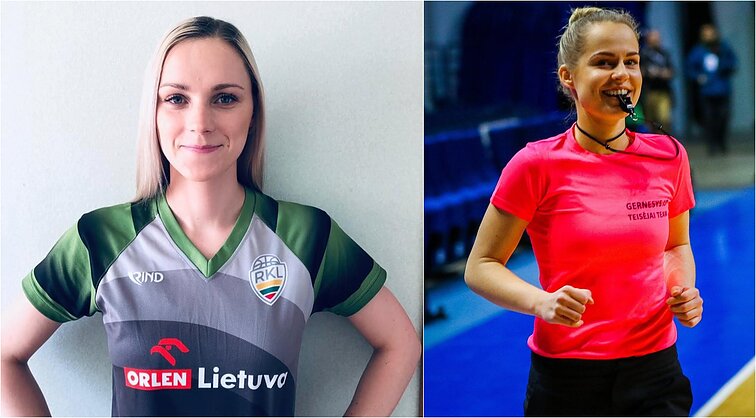 “There is no better feeling than when people thank you for a job well done after the game,” Stalaučinskaitė says. “No money can buy it.”

However, both women notice that they are scrutinized much more than their male counterparts by fans and players alike.

“I easily spot the stares of players and fans when I step on the floor,” Stalaučinskaitė shares. “Quite recently, the first thing I heard at a City League game I officiated was not 'Good afternoon', but 'Are you the referee?' That's the attitude.”

She adds that when she works in a team with male referees, she invariably receives more “compliments” from annoyed fans than they do.

Balnionytė has been officiating men's games for a longer time and says she has gotten used to fans' comments thrown her way. It was tough at first, but she learned to focus on doing her work well rather than people's reactions. 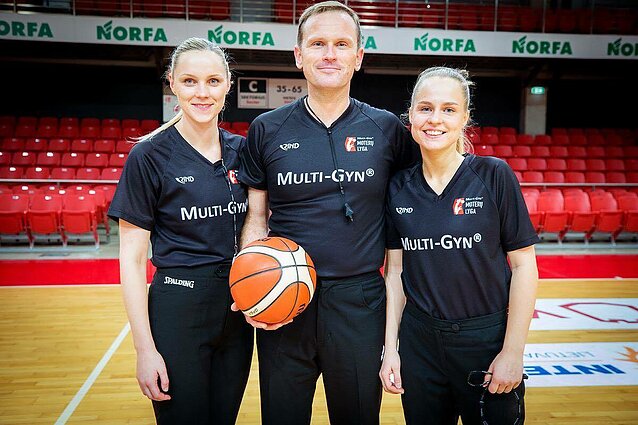 “A referee is not defined by his or her gender. You must first do a good job not to attract criticism. I thought at first that everyone reacted to my actions more because I'm a woman, but, surely, it was also because of my decisions,” she says.

“I don't think I should receive special treatment or more attention. I'm simply in this business and no one should judge referees by their gender,” Balnionytė adds.

She is currently one of the top ten basketball officials in the Regions League, but is eyeing opportunities to move up to the National Basketball League (NKL). She would be the second woman to officiate in the secondary men's league, after Renata Radišauskaitė.

Radišauskaitė, 44, is an inspiration for both of her younger peers. Stalaučinskaitė, too, would like to advance to the NKL.

“As far as I know, Renata Radišauskaitė is the only woman who has officiated in NKL games. It was quite a while ago. I hope that one of us, girls, will make it there soon,” Stalaučinskaitė says. 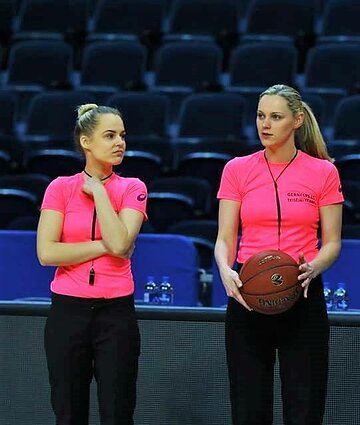 But the two are not planning to stop there. Balnionytė has already applied for a FIBA license and, if all goes well, will be able to work at FIBA women's championships next year.

“I am working consistently, step after step, to be a better official. I'm very lucky to have so many colleagues of reputation in Lithuania and abroad willingly share their experience and give advice. This allows me to grow. The FIBA license was a logical step forward,” Balnionytė says.

Her and Stalaučinskaitė's other inspiration is Anne Panther, the German FIBA basketball official who is the only woman referee in the Euroleague, the top basketball league in Europe.

“When I see a woman official at the top level, I am always proud, for I know how much it takes to get there,” according to Balnionytė. 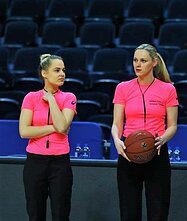 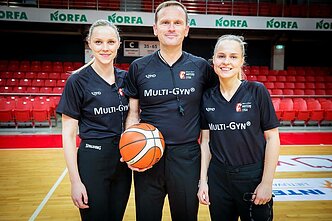 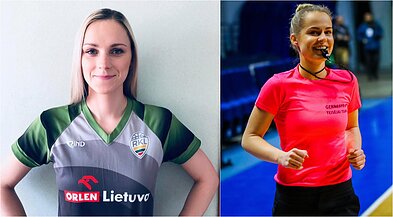 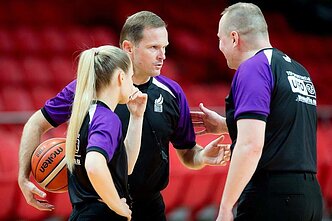