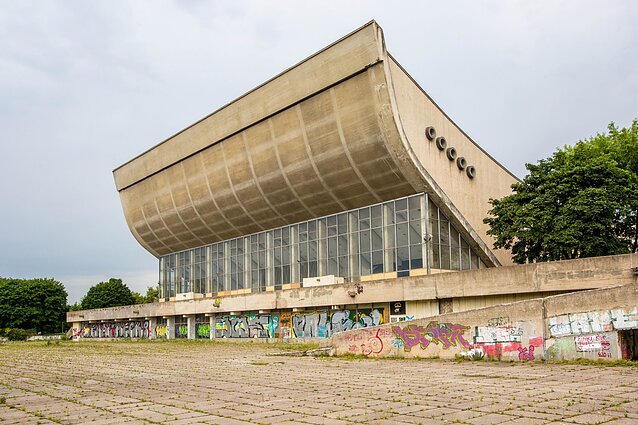 An Israeli citizen has filed a lawsuit in Lithuania asking court to stop the planned reconstruction of a conference venue in Vilnius. The building, which was erected in 1971 but has since fallen into disuse, stands on top of a Jewish cemetery.

Yousef Yizhak claims that the works will move the soil and desecrate the remains, including of his own family.

The lawsuit, filed on his behalf by the European Foundation of Human Rights (EŽTF), a Vilnius-based NGO, asks Vilnius District Court to stop the reconstruction of the state-owned Palace of Concerts and Sports also because its use for public events is incompatible with respectful treatment of the deceased.

“The age of the cemetery, its neglected state does not relieve the state of its duty to properly protect Jewish cemeteries and preserve mass burial sites,” the organisation said in a statement.

Evelina Baliko, EŽTF spokeswoman, has told BNS that the claimant wants to stop actions that can potentially disturb the remains, since part of what used to be the Šnipiškės Jewish cemetery now lies directly under the building.

Meanwhile Turto Bankas, the government agency that manages state-owned properties, says that the reconstruction project has been approved by the Committee for the Preservation of Jewish Cemeteries in Europe and the Lithuanian Jewish Community.

“In line with the agreements and good will practices, no reconstruction works will be carried out in the part of the territory where the cemetery used to be. We are also looking for ways to memorialize the cemetery,” Says Mindauags Sinkevičius, the head of Turto Bankas says.

He also calls the claims “manipulative” and a bid of the EŽTF to draw attention to itself.

The Palace of Concerts and Sports was built in 1971 after the Soviet authorities leveled the cemetery.

The edifice is listed as architecturally significant. The Lithuanian government has decided to turn it into a conference venue to be opened in 2022. 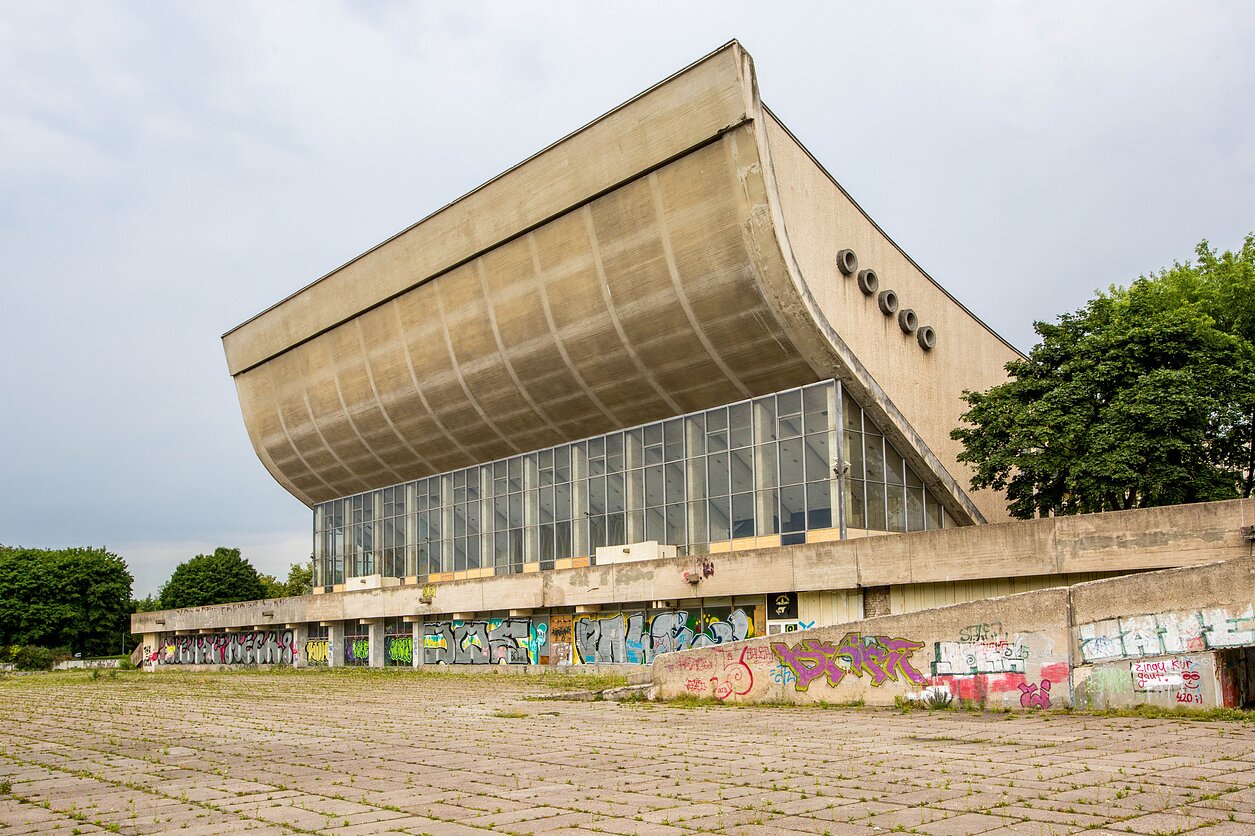