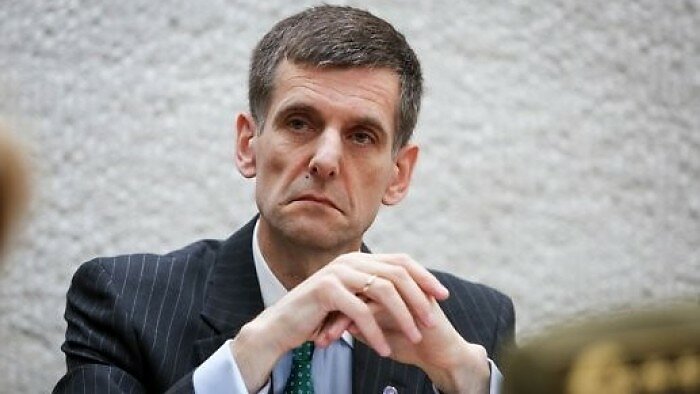 In the booklet, the State Security Department gives tips on how to recognize a spy and avoid unwittingly supplying vital information to foreign agents. Gediminas Grina, head of the Department, spoke on LRT television broadcast and explained the threats posed by Russian intelligence agencies in Lithuania.

You have published a booklet on how to recognize spies. Is it because you have noted a hike in Russian spying?

Yes, we have noticed an intensification in their activities. The explanation for that could be simple enough. We are in a region which is essentially a site of war.

Besides establishing contacts with certain individuals, what other methods are employed to collect intelligence in Lithuania? What areas are of greatest interest?

The main method is to approach people who posses or might get access to sources of systematized information. In the age of computers and databases, once you have an agent with access to these databases - or can bribe someone - you can get invaluable information.

Intelligence agencies usually work to approach decision makers. In Lithuania, however, we currently have a situation where everyone more or less openly declares their views on various issues, which narrows down the circle of people worth approaching. So there's been significantly more effort to approach people with access to systemic sources of information.

We particularly focus on law enforcement institutions - the first line of defence, as we say. For example, border control: they cannot leave the border, they must interact with colleagues from across the fence, which means they are amenable to intelligence efforts. I am glad that we successfully cooperate with the border control institutions - they report any incidents to us instantly.

Have there been many such incidents on the border?

There's been a rise in activities?

They have always been happening, but more intensely now.

Can you give us an example?

A simple banal case: say, an officer decides to cross into a foreign country to fill up his gas tank. If a hostile intelligence service is aware that the individual works for the police or the border service, they pinpoint him as a worthwhile target and, at first opportunity, they try to catch him doing something he shouldn't. And then the man is presented with a choice: either you cooperate, or we'll frame you.

The Department and you personally have been criticized for being vague in your reports, for not naming individuals or organizations. In Estonia, I think, they publish lists of unreliable organizations, those involved with security agencies. This gives ordinary people more guidelines. Why don't you do it?

We often discuss the Estonian methods, the whys and the hows. Their methods aren't quite as straightforward as our media often presents them. We cooperate closely and know well what they [Estonians] do.

The main reason, though, is that we stick to European principles, including those pertaining to the law, and cannot act the way they do in the East [Russia]. So we must find other ways. Take the last incident in Šiauliai [an investor from Russia offered a lucrative transport investment project near an important military base; municipal authorities gladly accepted the proposal before it emerged the source of the capital was more than dubious]. What can the State Security Department do about it?

You've referred to the age of IT. We've all heard about cyber attacks. DELFI experienced such an attack recently - was it staged by a foreign intelligence service?

I could not say unreservedly that it was done by an intelligence service - I do not believe that DELFI is the kind of institution that is usually the target of such operations.

But there's more to it. Media outlets report news and there might be interest groups that do not like their reporting - say, it can be too critical of policies of a foreign state. And if the group possesses sufficient computer expertise, they can easily stage an attack. If it were done by an intelligence agency, the attack would be much more devastating. Targeting a bank, for example.

Have there been more attacks? Are you monitoring them?

There are institutions that do the monitoring, but we don't. It's a question of IT network security. If networks are used for spying, than we do step in. Spying on computer networks is of interest to us, but not network security per se.

And has there been spying?

Which institutions get targeted?

Institutions that possess useful intelligence. Those that engage in foreign policies, defence. National Defence institutions have better resources, they are more protected. Other ministries are less aware of the risks, so they might be more vulnerable.

Last summer, someone recorded a conversation between two of our diplomats and leaked the recording online. Was it part of an intelligence operation?

We have essentially tracked down who and how did it, but, again, we cannot present indisputable proof, since it's beyond our capacity. But we know what it was and that its significance goes beyond Lithuania.

So Russian services were involved in the incident?

Until recently, the Polish-speaking minority has been more active: they staged rallies about Polish-language education and bilingual signs; meanwhile Russian-speakers have been quiet. Have you noticed any surge in activity among the Russian-speakers?

I think the Polish case is quite particular. Their resentment gets exploited more, while [foreign agencies] try to influence the Russian-speakers directly. The Poles have ties with Poland, which is on our side, so there's less opportunity for exploitation. Meanwhile the Russian-speaking minority is an attractive target.

I've heard that the Russian Union is planning a rally outside the parliament. They say it's about amendments to the Law on Education which they say limit their right to be instructed in their mother tongue. Could both [activities of the Polish- and the Russian-speaking minorities] be managed from Moscow?

In our view, such activities are seldom chaotic, but instead quite well coordinated. What's important, and what has been remarked many times, is the occasional visits by various emissaries. I think that's one chain. I think the Polish factor has been over-exploited, so now the time is ripe to pick up the Russian minority issue again.

When we speak of "the fifth column", we usually think of Russian-speakers and ethnic minorities. But is it fair - aren't there ethnic Lithuanians who are vulnerable to hostile propaganda?

Indeed, in no way can we say that "the fifth column" excludes Lithuanians. It has emerged over the last year that quite many Lithuanians are ideologically adverse to the Lithuanian state.

What is your role then? You monitor, you report, you can warn state leaders?

If we see opportunities to prevent such kind of activities [spying], we automatically notify law enforcement - the police, the Prosecutor's Office.

How often do you turn to the law enforcement?

It's hard to tell in percentages, but it happens.