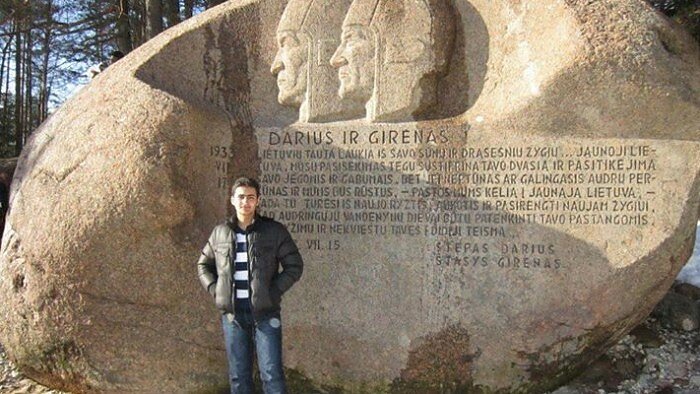 Education level in Lithuania looks not good enough for some people but it means education with perspectives for some. One of these people is Toghrul Sabzaliyev – student from Azerbaijan, who just finished second management studying years in Kaunas Technology University (KTU) Economics and Business Faculty shares his view and experience about studies and life in Lithuania.

Education level in Lithuania looks not good enough for some people but it means education with perspectives for some. One of these people is Toghrul Sabzaliyev – student from Azerbaijan, who just finished second management studying years in Kaunas Technology University (KTU) Economics and Business Faculty shares his view and experience about studies and life in Lithuania.

“Before coming to Lithuania, I only knew that it was small, green country and was one of the past Soviet Union countries. I used to confuse capitals of Lithuania, Latvia and Estonia,” Toghrul says. Now he has enough knowledge about Lithuania, even learnt some daily Lithuanian words and phrases as a result of active participation in many various activities.

Social activities – the way to adapt to new culture

It is said and checked in practice, that more activities we have – better we plan our time and it is easier to do more tasks or activities. Toghrul is active member of some organizations.

Apart from studying, he has had some activities in here. Sometimes he goes to party with his friends to relieve stress of studying. For a while he was member of AIESEC KTU and he is a member of ESN (Erasmus Student Network) KTU. He is doing voluntary assistance to foreign students that year, who come to study in KTU and need advices, any kind of help. He is also a member of AYOL (Azerbaijani Youth Organization of Lithuania).

“Under AYOL I have joined to some activities which are designed to introduce our country and represent our culture to other nations. Visit to orphan`s house in our independence day 18th October is one of such activities. Beside this, we celebrate our national holidays in here with our Lithuanian and some other friends from different countries.

We organize some events to increase awareness of people about aggression of Armenia to our country who invaded 20 % of our lands by the help of foreign forces. Such activities are specially about Khojali massacre committed by Armenians which is one of many mass killing acts by them toward us,” says Toghrul.

While participating in various activities, Toghrul had a chance to know Lithuanian culture better, to find similarities and differences to Azerbaijan. “Here are some differences in cuisine. Differently to Lithuanian, our cuisine consists of more oily meals. Despite of that difference as much I witnessed Lithuanians like our traditional meals, especially dolma and our sweet schekerbura.”

Toghrul had tried to make even Lithuanian cold soup named Šaltibarščiai and, as he says, it was so tasty!

Different politeness – in Lithuania not acceptable

Food was not such a big surprise, but just after coming to Lithuania he found cultural differences which made him confused. “Surprising fact for me was that in here it is not normal to give a seat to young girls, not only to old people. During my first times, I had problems after I gave a seat to one girl… While in my country guys should give a seat to woman does not matter from age. For them that my action looked strange,” shares memories Toghrul.

But this was not the one different thing he faced. “The main cultural difference between my country and Lithuanian is that teenagers are more free in here . After they reach 18 years old, parents set them free, even they can live apart from their families. But in Azerbaijan even it is possible to live with parents after marriage. In general, Western culture is more independent thinking and is based on thinking more. In contrast, Eastern culture based on feelings more. For us, who come from Eastern culture, Lithuanian`s attitude to guests looks cold, Eastern people are more hospitable.”

Differences and similarities of traditions

While talking about festivals and celebrations in both countries, even though cultures are so different, it is possible to find similarities as well.

“I was surprised about similarity of one tradition which Lithuanians do in Christmas Eve, as we do in our spring holiday in Novruz. During Novruz, people listen to other families` talking, if they hear something positive or good, this year will be good for those who hear. I was surprised that lithuanians have same tradition in here. One of differences that I have noticed about traditions in here that guy who is having wedding, he also throw something that whichever guy catches it, he is probably going to marry soon but in Azerbaijan we have this tradition to throw something only for girls.”

Whole the ceremony of weddings is totally different, Toghrul explains how is marriage procedure in Azerbaijan in order to let Lithuanians know it and compare how different cultures are: “There are some steps before marriage in Azerbaijan. Firstly, one or two women from boy`s side are sent to girl`s house. Their mission is to tell about their intention of wooing. Next step is meeting of main people of families. Boy`s father come to girl`s house with some well respected people, not more than four our three. From their behaviors and talks they try to show their intention. Firstly girl`s father don’t show his consent, he talks with his daughter about it and if she keeps silence it is the sign that she agrees.

After that, families learn about each other, they discuss it with their relatives and so on. After all girl`s side give final decision. If they don’t agree they give refusal and if they agree they inform boy`s side about this. The next step is called “Hə” (Yes), where girl`s and boy`s relatives come together in girl`s house to get to know each other. Next step is engagement which is held on girl`s house. On this day 25–30 people gather together: the bride's friends, her peers. They all sit down around of the bride and groom. Then the relatives of the groom come bringing a ring, a kerchief and sweets. Girl`s side gives a ring to the groom as well. The next is wedding. Some families agree on organizing the wedding together but some does it separately firstly bride`s wedding then groom`s wedding.

In both weddings, people from both side participate. but majority of people in girl`s wedding are her relatives, a few people from boy`s side. And opposite situation about guy`s wedding. A few days before guy`s wedding there is one ceremony which is held in girl`s house called “Xınayaxdı” (hennaing), in that ceremony only girls, women, from both sides gather together for celebration. And in that ceremony including bride, all girls and women take henna to their hands. Finally bride comes to groom`s house after the groom`s wedding.”

Similarities and differences can find not only in traditional celebrations or daily life. Can compare even education system.

“Here are more international students in Lithuania. Differently to my country education system, in here we are given quite enough practical knowledge. Azerbaijan education system is much more theory based. I like that in there apart from class we can appoint consultation time with teachers easily in case we have some questions about some subjects.

What else, I think the main reason why foreigners come to study here, is that it is one of the best and easiest ways to gain European level education with cheaper tuition fee and living cost. In my opinion, as Lithuania is already in Schengen zone, there are some perspectives for future in here,” says Toghrul.

Lithuania helped him not only to get good education but to develop personality as well. “After finishing secondary school, I decided to continue my education in abroad. Before I did not expect that it would change my life so much, because I came to abroad only with aim to gain better education. However, also it helped me to understand who really I am, where and who I really want to be.

After coming to here, I could break out of my comfort zone, I started not to feel embarrassment and shy anymore about giving my ideas and opinions, that helped me to show my creative side more and that made me more self confident as well. It helped me to be more brave in communication with any random person that I meet and I learnt how to behave and speak with people of different characters and cultures,” remembers young Azerbaijani.

Even if Toghrul has own future plans that after graduation he will go back to his country and will make career there, but generally he thinks, that for any foreigner good career opportunities could be a reason to go and stay in Lithuania. 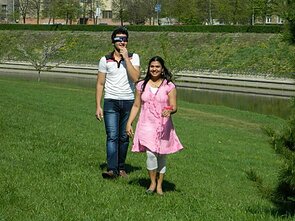 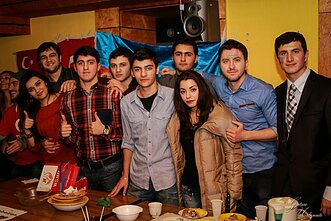 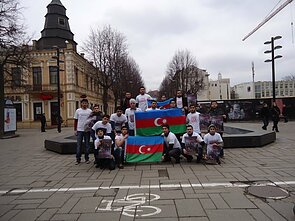 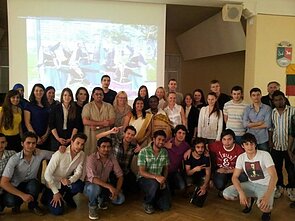 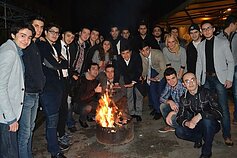 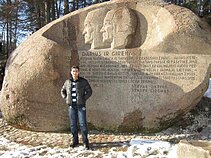