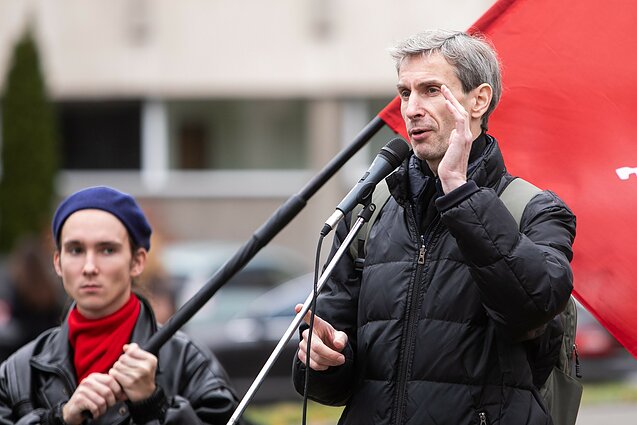 Lithuanian prosecutors have launched an investigation into an association founded by Algirdas Paleckis, a former politician convicted for spying for Russia. Some of his associates have recently visited Moscow.

“Prosecutors from the Division of Protection of the Public Interest have opened an investigation into the circumstances of the establishment of the association The International Forum of Good Neighbourhood,” the prosecution service told BNS on Monday.

The probe was launched on July 15 and prosecutors are now looking into the association’s founding documents.

Prosecutors are also assessing statements made by Paleckis’ associates in Russia last week.

“The prosecutors are aware of the situation regarding visits [by the association’s representatives] to Belarus and Russia, and they are currently assessing whether their public statements do not contain elements of criminal offense as defined by the Criminal Code,” the statement reads.

“They are looking into as to whether no potential offences against the independence of the State of Lithuanian, its territorial integrity and constitutional order have been committed,” it said.

Erika Švenčionienė, the head of the International Forum of Good Neighbourhood, and several other members visited Moscow last week, where they had meetings with members of the Civic Chamber and held a media conference.

She said the goal of the trip to Moscow was to “break the information blockade”.

The State Security Department, Lithuania’s intelligence service, said on Monday that the Russian government could use sympathetic Lithuanians to legitimise referendums in occupied Ukrainian territories.

“The Kremlin may in the near future organise fake referendums in the occupied territories of Ukraine in an attempt to legitimise the annexation of these territories. Members of the group [the International Forum of Good Neighbourhood] could be used as ‘observers of the referendums’,” the VSD told BNS.