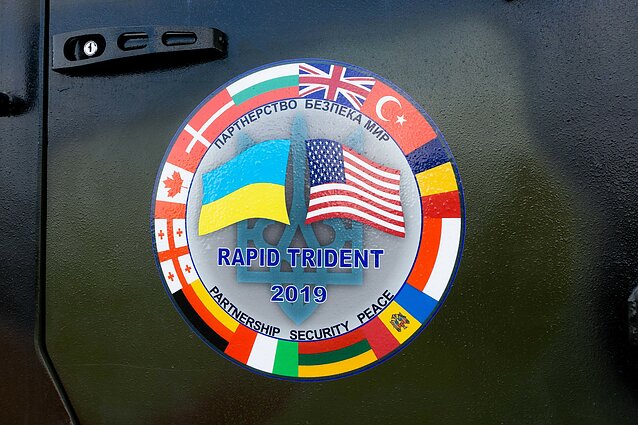 NATO warns Russia not to make any further moves against Ukraine. From the alliance’s Riga ministerial, Deutsche Welle’s Teri Schultz wonders – what’s the “or else”?

“Any future Russian aggression against Ukraine would come at a high price and have serious political and economic consequences for Russia,” NATO Secretary General Jens Stoltenberg warned from the foreign ministers' meeting in Riga.

While acknowledging NATO has no mechanism for imposing sanctions, Stoltenberg emphasised that it is the most important transatlantic table for governments to coordinate policies they can enact unilaterally, as allies together “represent 50 percent of the world's GDP”.

But despite Stoltenberg asserting that Russia “underestimated the resolve of NATO allies to impose sanctions and sustain sanctions after the illegal annexation of Crimea in 2014”, perhaps the alliance has overestimated the extent to which the measures taken then would serve as a deterrent to future aggression. After all, NATO is once more mired in debate about how to respond to a buildup of Russian troops on the border with Ukraine.

Foreign Ministers discussed the situation in & around #Ukraine. We stand united in our aim to deter Russia from any further aggressive action. We also addressed #Belarus, arms control & #NATO's next strategic concept. #ForMin pic.twitter.com/zotcF2S84r

Stoltenberg emphasised continuously that since Ukraine is not a member of NATO, it does not warrant the same level of defence as an ally. Nevertheless, he said foreign ministers were discussing “economic sanctions, financial sanctions, political reactions” against Russia as well as other “readiness” initiatives to back Kyiv up.

Latvian Defence Minister Artis Pabriks had no time for that. “I'm ashamed that there are only a few countries which in the last five years have been actually capable and willing to support Ukraine also militarily,” he told DW in an exclusive interview, “because this is a nation which is standing for its borders, for its freedoms.” 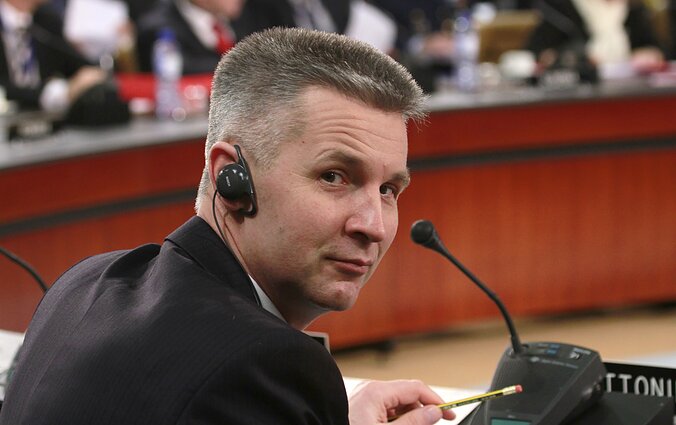 Those who wouldn't, for example, sell military equipment to Ukraine believe they are preserving peace, which Pabriks disputes. “Actually, we are playing according to the playbook of the Kremlin,” he added. “This is not a good thing. This is not bringing us closer to security and peace. We should support Ukraine.”

But NATO allies have been unable to formally agree on what the Russian military activity represents, much less how to respond to it. Assuming the worst-case scenario, Gustav Gressel of the European Council on Foreign Relations (ECFR) urged allies to get on the same page. “The Russian military is seriously preparing and planning such an invasion,” he told DW.

Is Europe to blame?

Whether or not Moscow will go through with it is another question. Gressel believes Russian President Vladimir Putin is so risk-averse that he can be deterred. He says providing Ukraine with lethal military equipment in the years since the Crimea annexation could have played a major role in upping the stakes.

“Seven years we have lost by endlessly debating whether we should do that or not,” Gressel lamented. “I really have to put huge blame particularly on the Europeans for being such bloody cowards in that discussion. But now of course, the situation is as it is. And what do we do now?”

My humble attempts to make sense of all the 🇷🇺 #military movements we witnessed over the past weeks 4 @ecfr: it is not only about #Ukraine https://t.co/TgqsKUuweC#Russia

Gressel says ‘decorative sanctions’ alone aren't enough. “Putin by now will probably have priced in a certain amount of economic sanctions he perceives are feasible and realistic,” he said. “We have to be more bold than that [with] crippling sectoral sanctions.”

He added his “instant response” would be to cancel the Nordstream 2 pipeline project with Russia and then to deploy large forces in countries vulnerable to a possible war in Ukraine, such as Poland, Romania and Slovakia.

“This is a preventive defensive deployment,” Gressel recommends telling the Kremlin, “but if you escalate in Ukraine, then we have to permanently guard our eastern flank with more forces and more substantial forces and more strike elements because you have altered the entire landscape and the security architecture in Europe and it will not go unanswered.” 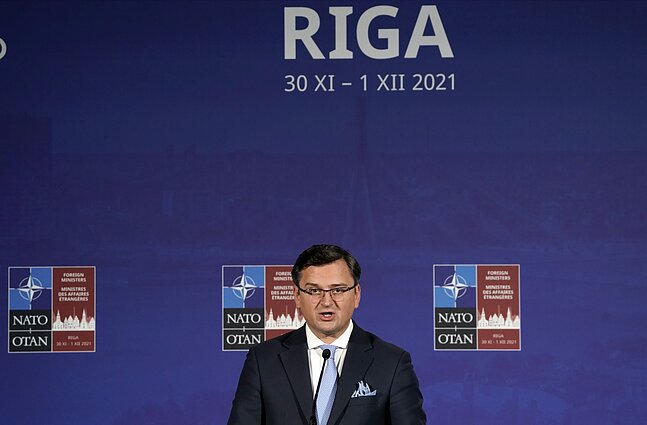 From across the Atlantic, Ian Brzezinski weighs in with virtually the same advice. “Those who are trying attribute this offensive military build-up to a strategy of signaling and influence are using the same rationale that led them to be surprised by Russia's invasion of Georgia, then Crimea and then eastern Ukraine,” he told DW. “This is a significant and expensive military mobilisation ordered by Putin who asserts that Ukrainian independence is an affront to Russian history. To discount the prospect of another attack on Ukraine is to engage in irresponsible wishful thinking.”

Brzezinski, a former US deputy assistant secretary of defense for Europe and NATO Policy now with the Atlantic Council, looks to his father, former National Security adviser Zbigniew Brzezinski, and the then-President Jimmy Carter for lessons.

As NATO foreign ministers convene in Riga to strategize how to deter another Russian attack on Ukraine, they should look to how President Carter thwarted a massive Soviet invasion of Poland in 1980. See: https://t.co/wlNvsdcyD9

As in the 1980 Polish crisis with Russia, Brzezinski says trade, energy, and financial sanctions must be spelled out — not just by the US, but also by Germany and France in particular. He agrees that forces should be built up on NATO's eastern frontier, while providing Ukraine with more weapons and military exercises to defend itself and increase the costs of an incursion for Russia.

A question of political will

“The question before the alliance is not a matter of transatlantic economic and military capability,” concluded Brzezinski. “It is an issue of the transatlantic community's political will and determination. This is how today's Riga ministerial will be assessed by Putin and by history.”

Elisabeth Braw, a senior fellow with the American Enterprise Institute, came up with an entirely different recommendation, however. 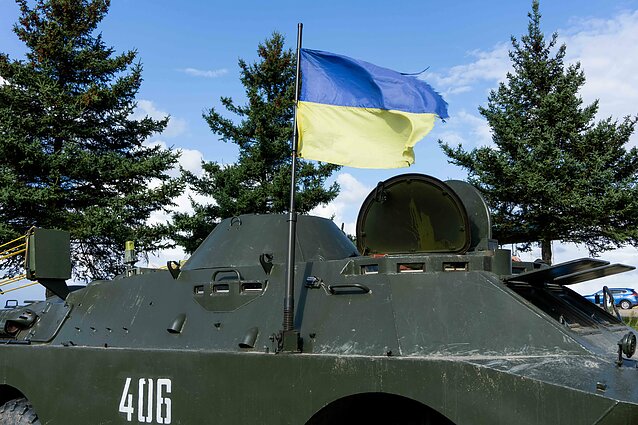 Braw disagrees with responding to Moscow's build-up with a show of force — even if the alliance could convince all reluctant members to do so. Her take on the situation was that “Russia would obviously immediately call that out and probably get quite a lot of support in global public opinion”.

Braw suggests NATO governments “attack” this problem in a different way — by being prepared to immediately cancel all Russian visas and residence permits if Putin makes any further moves against Ukraine.

“You'd obviously have to practice and it's an administrative exercise,” she explains, “but if you look at the impact that would have, it would be devastating.”

She says the pressure exerted on President Putin by his rich, well-travelled friends would be enough to “make him change his cost-benefit calculus” with no risk of casualties on the ground. 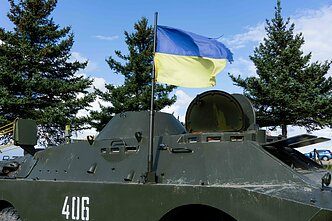 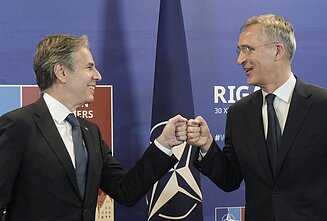 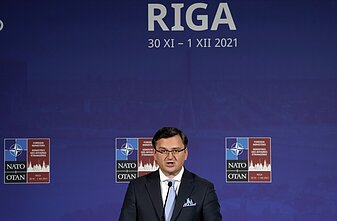 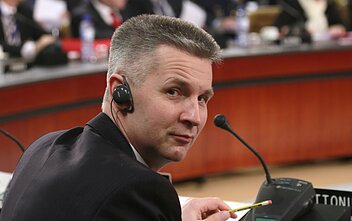