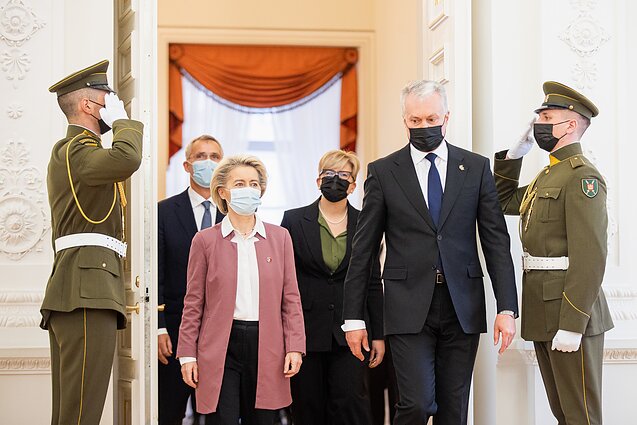 During an official visit to Vilnius on Sunday, President of European Commission Ursula von der Leyen said the Minsk regime has failed to break "the unity of the EU”.

Her comments came after what von der Leyen said was a “cynical hybrid attack” by the Belarusian regime, which has sent thousands of migrants toward Poland, Lithuania, and Latvia.

She is in Vilnius on Sunday together with NATO General Secretary Jens Stoltenberg.

“If they [Russia] decide to use force, there will be consequences. We demonstrated our will and capabilities to impose costs on Russia before, we did that over illegal annexation of Crimea in 2014 [..] by imposing heavy economic sanctions on Russia,” Stoltenerg said.

“And we implemented the biggest reinforcement of collective defence since the end of the Cold War,” including the NATO battle groups in the Baltic states, he added.

Nausėda said they discussed the need to invoke NATO’s Article 4, which calls for consultations among allies, if the situation on the Belarus border “gets even more complicated”.

The root of the crisis began with "the right to decide their fate being taken away from the Belarusian people", Šimonytė said in reference to the fraudulent presidential election in August 2020. 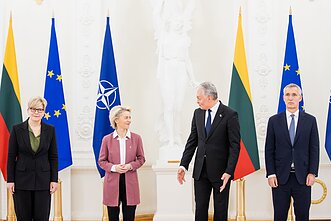 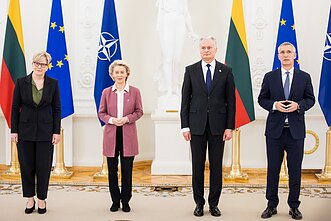