Amid tensions over Taiwan, China’s embassy in Lithuania said it has suspended issuing visas in the country “due to technical reasons”.

Last week, China officially downgraded its diplomatic relations with Lithuania to the level of chargés d'affaires. The move came in response to the opening of a Taiwanese representative office in Vilnius.

China is angered by Lithuania's decision to name the new representative office after "Taiwan" and not “Taipei”, which Beijing considers as an attempt to recognise the island nation as an independent country.

Elsewhere in the world, Taiwan's de facto embassies operate under the name of Taipei, in line with an international consensus that this does not run counter to the so-called One China policy which prevents Taiwan from being treated as a separate state. 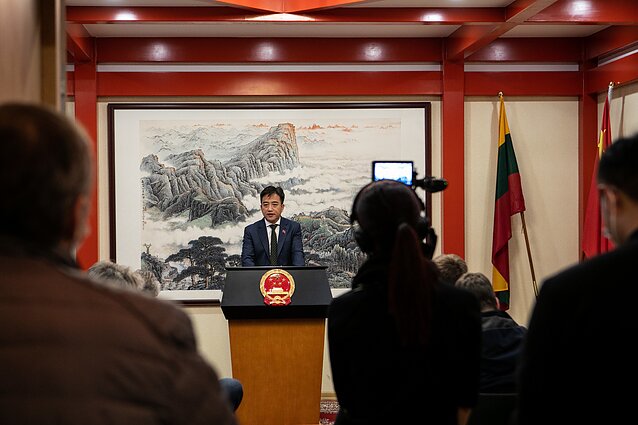 Speaking at a press conference on Thursday, Zhao Lijian claimed that the United States were behind Lithuania's actions on Taiwan.

His comment came in response to Lithuania and the Export-Import Bank of the United States signing a memorandum on cooperation. The deal will allow businesses exporting goods and services of US origin or made in the US to receive medium-term and long-term guarantees or loans of up to 600 million US dollars.

"[This] is further proof that behind Lithuania’s provocative move, there is a puppeteer master running the entire show with premeditation. The international community can see this clearly," Zhao Lijian was quoted as saying in a text published on the Chinese Foreign Ministry's website.

Lithuanian firms say the diplomatic dispute with China has led to a drop in trade. 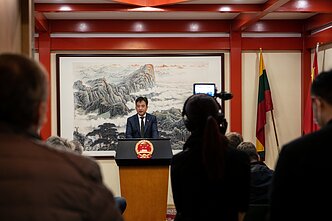 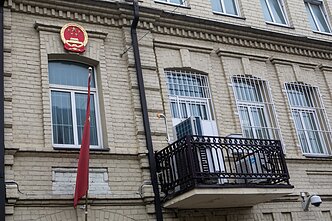