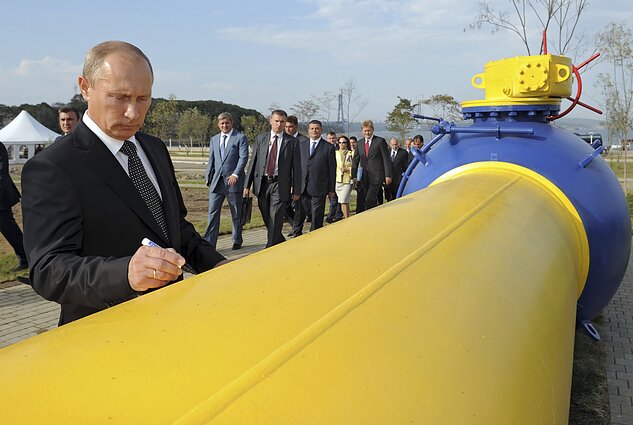 Although Alexander Lukashenko has threatened to cut off gas supplies for the first time, Lithuania and Ukraine are no stranger to this form of blackmail. Only now, Russia’s dangling of its gas supply has also reached western Europe. Aliide Naylor, author of The Shadow in the East: Vladimir Putin and the New Baltic Front, examines the recent developments.

On November 9, Russian gas flows to Europe finally resumed, after a long period which saw price hikes and uncertainty for winter fuel supplies across the continent. Shortly afterwards its western neighbour Belarus started threatening to obstruct the newly rejuvenated gas flows. Even if Russia enjoys the perception of keeping Europe on a short leash, Belarus seized the example, developing much more overtly aggressive threats over the Yamal-Europe pipeline. It has less to lose than Russia, too.

Europe receives a third of its gas supplies from Russia, with the temporary cessation fueling concerns about EU and British energy dependence on Moscow. Here in the UK some 17 energy companies have been forced to shut down, with rising wholesale expenses combined with Covid-19 rebound, placing unprecedented pressure upon energy suppliers. Prices surged 250 percent between January and September this year. Russian analysts noted that against these prices, Russian majority state-owned energy company Gazprom's profit increased 22 times in the first half of 2021. 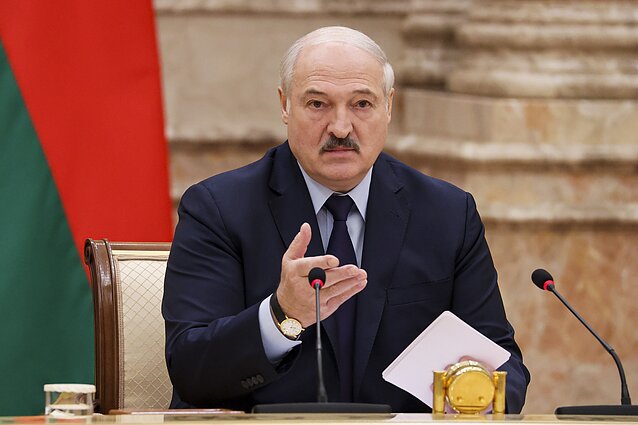 At best, it seems like a political move, despite repeated claims at Russia’s end that business and political interests are strictly separate. In October 2021, Vladimir Chizhov, Russia’s permanent representative to the EU, told the Financial Times that action to stifle high wholesale prices was coming “sooner rather than later,” as Russia’s president Vladimir Putin had advised Gazprom to “be more flexible” – and that Europe’s choice to treat Moscow as a geopolitical “adversary” had not helped. Basically, Chizhov strongly insinuated both that the “west” had to be a bit more deferential to Moscow, and that Putin had the final say over gas supplies.

Putin’s own statements were also clearly provided with the intention of exuding his own power over the EU and UK – that at the click of his fingers, this would all resume, and gas supplies would normalise. Now, they seem to be doing just that. Moscow increased deliveries last Tuesday, sending prices lower.

It’s hard not to see the EU and UK’s collective shock as, at best, willful ignorance. But the knowledge that Russia’s EU gas supplies is a mutually beneficial process is also a factor. And could the recent shortage have been influenced by other factors?

To speculate a little, the beneficiaries of these 17 small energy companies shutting down in the UK have primarily been Shell, Octopus, Eon, and British Gas (Octopus Energy is gaining the most with 580,000 newbies and Shell Energy second most with 514,000). The same Shell that has a major stake in Russia’s controversial Nord Stream 2 pipeline project, against which several northern and eastern European states – including Lithuania – have spoken out.

Meanwhile, Belarus has become something of a loose cannon, floating the possibility of stifled gas flows more overtly.

The Baltics and Ukraine are no stranger to this sort of critical infrastructure hostage-taking from either Russia or Belarus.

In 2006, Russia limited gas supplies to Ukraine amid growing dependency, and two years later during Russia’s war with Georgia, it started to become apparent that the Azerbaijan-Europe Nabucco pipeline was doomed to failure – a pipeline which would have very much reduced European energy dependence on Russia. In 2013, the project collapsed completely. At the end of 2015, in the aftermath of Euromaidan, Ukraine was also subjected to attacks on its electricity grids.

When on Thursday Belarusian leader Alexander Lukashenko seemed to take a leaf out of Putin’s playbook by threatening to prevent Russian gas flows to Europe, he said that the EU had “started to intimidate us rather too much”, as the bloc mulled a new wave of sanctions.

“We provide Europe with heat, and they are threatening us with shutting the border. What if we block the transit of natural gas? I suggest that the leadership in Poland, Lithuania and other brainless folk think carefully,” he said. Kremlin spokesman Dmitry Peskov later (perhaps disapprovingly) said Lukashenko's threat had not been coordinated with Moscow. Meanwhile, Baltic defence ministers released a joint statement condemning Lukashenko’s actions.

This theme of attacks devised to undermine critical infrastructure has arrived in two different iterations.

The Kremlin threat is more active but more implicit – whereas Lukashenko’s threat is more overt – and ultimately perhaps less serious. Of course Russia has more to lose than Belarus. 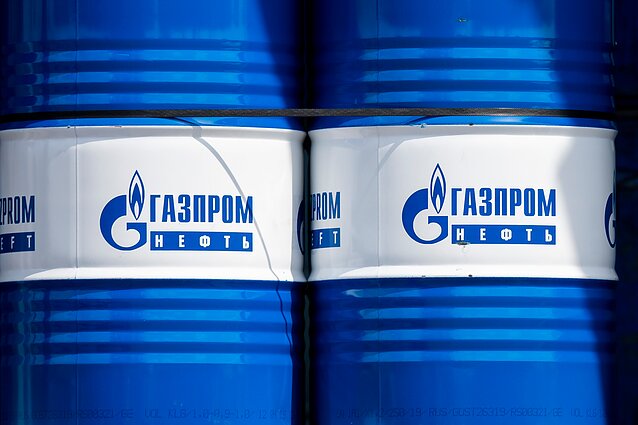 Russia’s Gazprom, as previously mentioned, is primarily owned by the Russian government. ‘Western’ politicians often underestimate the extent to which Russian energy interests are entwined with political interests; the power bloc monopolising the nation’s oil and natural gas supplies is very much enmeshed with politics – whereas in the ‘western’ world, we attempt to pride ourselves on the separation of commerce and state.

Business has a significant impact on politics in all countries, of course, but while the Kremlin still pushes the narrative that business is business and politics is politics and we go along with it, we are all wrong. These spheres will be forever linked. Belarus, simply put, has fewer of its own natural resources to export, given its relative size.

But, we can overestimate Russia’s power too. Nord Stream 2 has not yet been launched and Germany is still undergoing its four-month-long period to certify (or refuse to certify) Nord Stream 2. At the Kremlin’s end, Nord Stream 2 has always been more of a geopolitical project for the Kremlin than a solid business venture, partially designed to punish Ukraine for its sharp pro-EU turn.

Incumbent German Chancellor Angela Merkel, who has traditionally courted more amiable relations with Putin is still in power in Germany until a new chancellor prepares to take the helm (likely Social Democrat Olaf Scholz in December, as part of a coalition with the Greens and Liberals), so the Kremlin will not necessarily want to act too antagonistically. 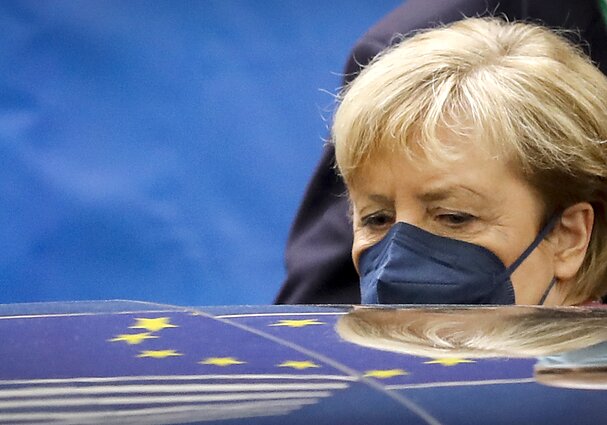 Again, business and politics remains linked in Germany. But that’s not necessarily a good thing. In Germany, the northern region of Mecklenburg-Vorpommern remains very excited about the pipeline, and even held a Russia Day this summer.

In January it founded a bizarre Climate and Environmental Protection Foundation to encourage the pipeline’s construction. It is this region that is responsible for ensuring various pipeline permissions go through. The German branch of the pipeline terminal arrives in Lubmin, Mecklenburg-Vorpommern, and the local economy will likely be impacted positively by its opening. This is all in the face of overwhelming global opposition and opposition from within Germany too.

As German magazine Der Spiegel wrote earlier this year, “Merkel’s policies toward Russia have lost credibility as a result.” To many in the US, and northern and eastern Europe, Germany has lost credibility as a result. Events took a fresh turn on Tuesday when Germany actually suspended Nord Stream 2 approval. The Nord Stream 2 company, currently registered in Switzerland, must move the majority of its assets to its German subsidiary.

This inextricable relationship between geopolitics and business will continue. Peskov maintains that “Russia does not and cannot have any role in what is going on in the European gas market.” But it absolutely does.

Major western energy companies have a vested interest in continued energy cooperation with Russia, as well as the current German government, and the UK government. As long as Russia continues to possess the extent of control that it already has over the world’s natural energy resources, protests will fall on deaf ears.

Aliide Naylor is a British journalist and editor, and the author of The Shadow in the East: Vladimir Putin and the New Baltic Front. 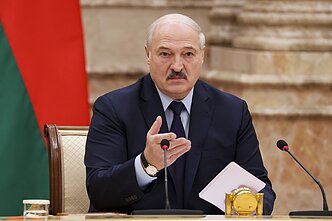 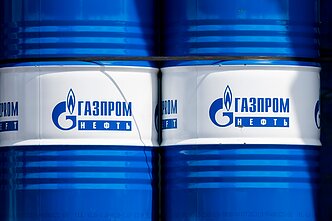 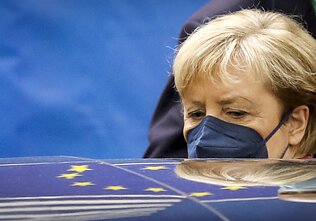