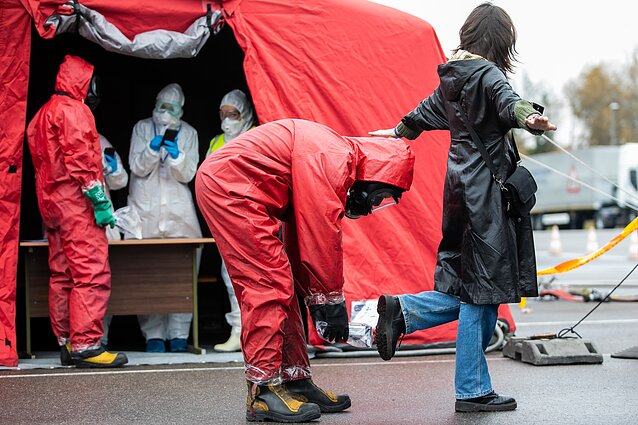 On October 21, Vilnius City Municipality held an exercise on a possible accident at Belarus’ Astravyets nuclear power plant, built some 50 kilometres from the Lithuanian capital.

For the first time, the exercise tested a resident registration app, which was designed to help manage the process of temporary population relocation in case of an accident, according to the municipality’s press release.

“This is a pilot project, so, naturally, we will need to implement some improvements that we identified during the exercise,” said an adviser to Vilnius mayor, Ieva Dirmaitė. “But the officers and other exercise participants said that this tool is useful for recording data and managing an extreme situation.”

According to her, the app could be used not only in Vilnius but also in other municipalities.

The app was tested in every stage of the population relocation, from departure to arrival at the cleaning control and temporary accommodation places. 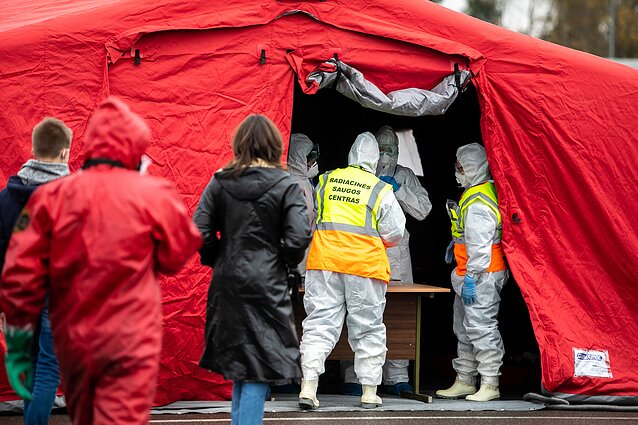 The exercise involved several local schools, special services, and businesses that learnt how to swiftly react and respond to a possible accident at the Astravyets NPP. Around 100 people took part in the exercise.

According to the Vilnius municipality, in the event of an accident, residents would be immediately informed by sirens, warning messages to their phones and on the Lithuanian Radio and Television (LRT), as well as through the rescue services.

Residents should also remember recommendations on the use of iodide pills. More information on the pills and preparation for the nuclear accident could be found on jodas.vilnius.lt and www.lt72.lt/. 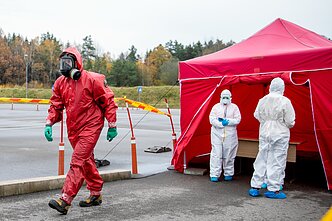 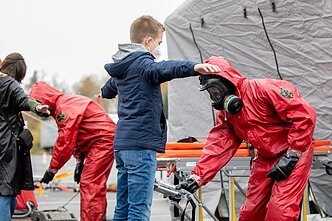 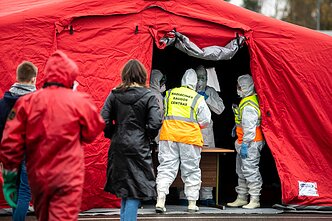