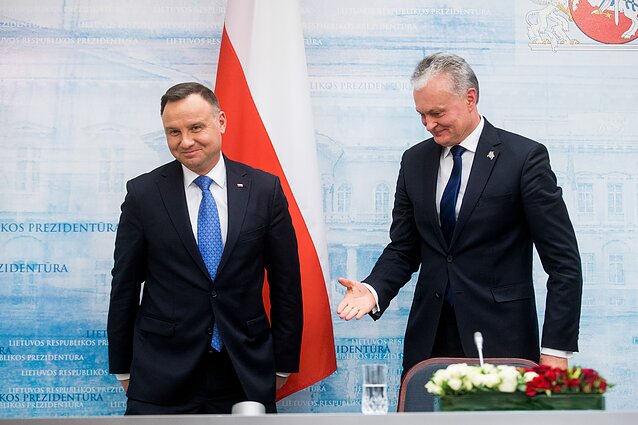 According to Nausėda, the ongoing dispute between Poland and the European Union over the primacy of the EU law might lead to tragic consequences.

“The dispute is of legal nature, but it also has huge political consequences, and those consequences might be tragic. Tragic for us, for Poland, and for the EU,” Nausėda said in a joint press conference with Duda in Vilnius.

A search for a compromise is the only way out of the crisis, he added.

“Therefore, we must do everything, and I personally will do everything possible for the European Commission and the Polish government not to move away from each other,” Nausėda said, adding that Lithuania stands ready to act as a mediator.

According to him, the EU’s wish to link the supremacy of its law to the provision of financial resources to member states would create a “bad precedent” and would be “detrimental to the EU's unity”. 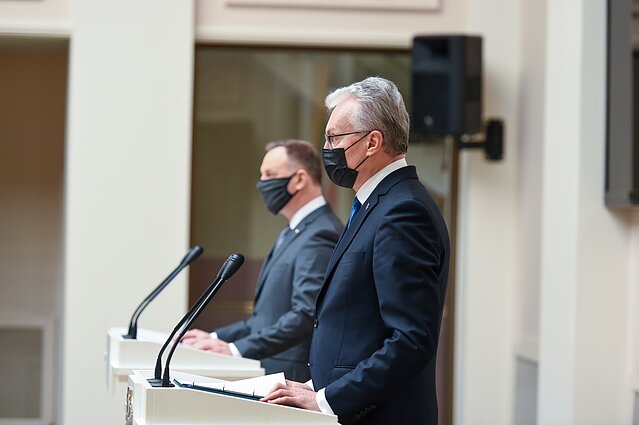 The Polish president said that the media's reporting often misses the finer points of the issue.

According to Duda, Poland was happy with being part of the EU, adding that the question of “Polexit” was only raised by the opposition.

The Lithuanian president pointed out that “the Belarusian regime's hybrid attack” has exposed the need to step up the protection of the external EU border to boost the block’s resilience “to attacks of this nature in the future”.

In his words, the ongoing migration crisis has revealed the EU's legal loopholes that need to be fixed by adapting the EU law to the “new reality”.

Nausėda vowed to raise these issues at the upcoming European Council meeting later this week. 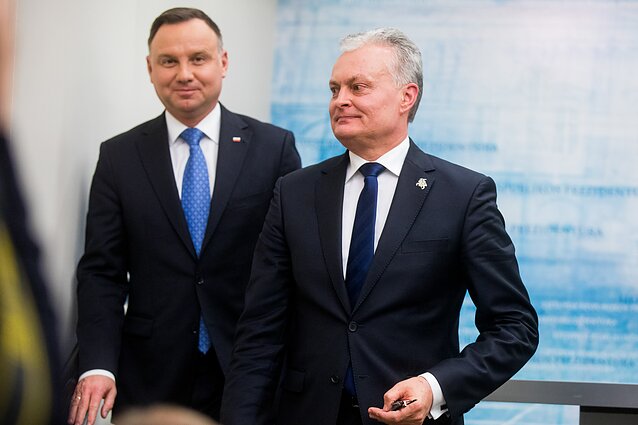 Meanwhile, Duda underlined that the goal of both Lithuania and Poland is to meet their commitments to protect the external EU border.

He also called on the EU to jointly impose sanctions on Belarus for organising irregular migrations.

The Lithuanian president also raised a question of the Astravyets nuclear power plant in Belarus, built some 50 kilometres away from Vilnius, which Lithuanian officials consider to be unsafe.

“We are not only at the front of a hybrid attack being orchestrated by the Belarusian regime, but we also live near the unsafe Astravyets NPP,” Nausėda said in the press conference. “Pressure on the regime to comply with international nuclear safety requirements should not decrease.”

“We are grateful to Poland for its support regarding the Astravyets NPP and the non-purchase of electricity produced by it,” the Lithuanian president added. 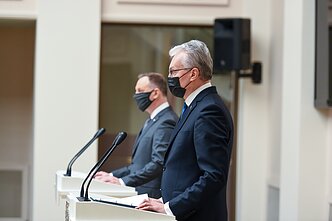 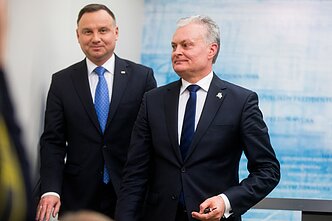