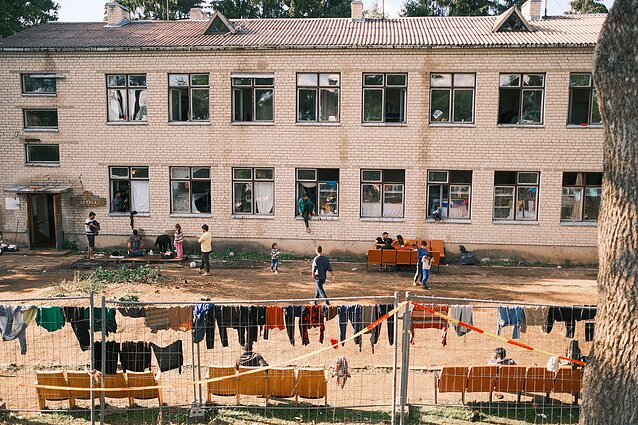 The situation in Lithuania's migrant camps has changed "dramatically" since August when the parliamentary Ombudsmen’s Office visited the centres and issued a damning report, Kristina Meidė, head of the Lithuanian Red Cross, said on Friday.

"The situation has changed dramatically since August, when the report was drawn up, when these places were visited," she told BNS.

At the onset of the migrant crisis, "there were places where the situation was really tragic", Meide said. "People have been moved out of the worst places; there are no more people living in tents."

"We overcame the initial crisis as a country: the migrants got a roof over their heads, warm food, a dry bed,” she added.

He said the authorities had failed to provide asylum seekers with proper hygiene conditions and weather-appropriate clothing and footwear, and ensure their right to privacy. 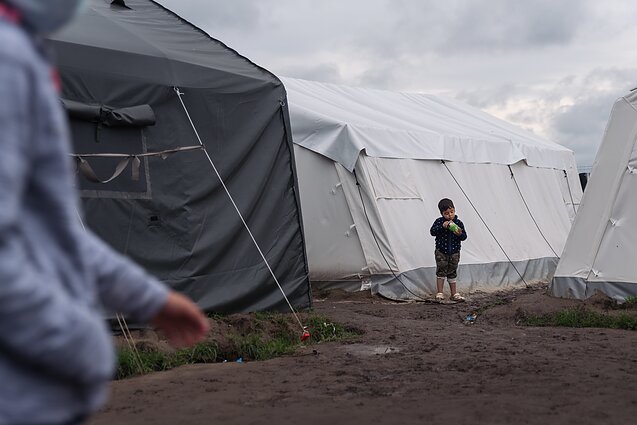 A migrant camp in Lithuania, August 2021. / B. Gerdžiūnas/LRT

The Red Cross regularly monitors the camps and informs the responsible authorities of its observations, according to Meidė.

Although the changes are significant, irregular migrants still lack access to medical care, she said.

"There are things to be fixed. For example, medical assistance: not only emergency assistance, but also assistance for people with chronic conditions and pregnant women," the head of the Lithuanian Red Cross said.

"The camps are visited by mobile teams of doctors, but some of them need constant medical care," she added.

"People went through a lot in the countries they fled. Here, things are not necessarily what they expected either," she said. "These people are not in the best psychological state."

Lithuania, Latvia and Poland have faced a drastic increase in irregular migration via Belarus. Nearly 4,200 migrants, mostly Iraqi citizens, have crossed into Lithuania from Belarus so far this year. 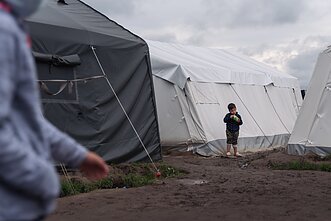 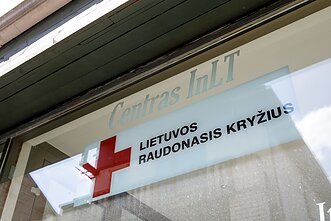