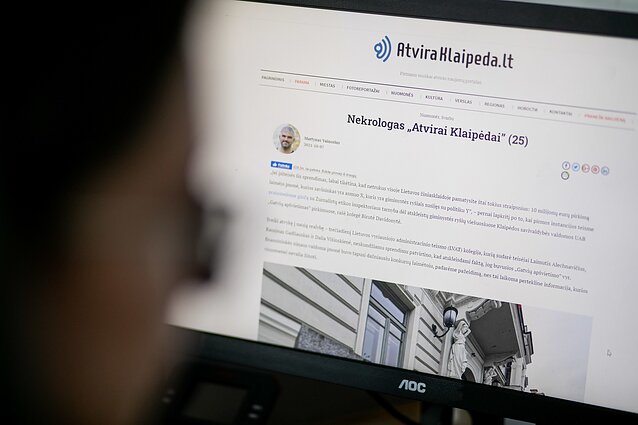 A court in Lithuania has ruled that a newspaper breached GDPR rules by including names of people allegedly involved in corruption, setting a dangerous precedent for investigative journalism.

LRT English is publishing the statement, in full, which has been signed by the country’s media representatives.

“We, Lithuanian journalists and media representatives do not approve that, under the guise of national or international law, some public authorities, including administrative courts, could substantially limit the definition of a public person and thus deprive society of its right to information. We stand in solidarity with the Editorial Board of Atvira Klaipėda, whose aspiration to defend the right to information must be taken to the Constitutional Court or even international legal authorities. Our community fully supports these initiatives.

On October 6, the Supreme Administrative Court of Lithuania rejected the Klaipėda news website’s complaint, regarding the decision by the Office of the Inspector of Journalistic Ethics.

In our opinion, this and subsequent decisions by administrative courts fundamentally alter the practice of democracy, the public right to information, and journalists’ right to accurately inform the Lithuanian society.

We are convinced that the extremely diligent and excessive protection of the privacy of public individuals must not deprive the public of its right to information about the non-transparent activities of public authorities and their associates, possible corruption, and nepotism.

The Constitutional Court of the Republic of Lithuania has repeatedly emphasised the fundamental role of the constitutional freedom of information, including the right of the media to seek, receive, and disseminate information and ideas without hindrance, ensuring and developing the ideal of an open, just, and harmonious civil society. It is a necessary precondition for building and maintaining democracy.

We are convinced that the administrative courts’ novel practices contradict these values ​outlined by the Constitutional Court and prevent the media from contributing to the maintenance and preservation of the democratic order. The decisions by the Inspector of Journalistic Ethics and some courts form a dangerous precedent, denying the previously established principles of the public’s right to information and freedom of speech.

Dainius Radzevičius, Chairman of the Lithuanian Union of Journalists

Vilija Butkuvienė, Chairwoman of the Board of the National Association of District and City Newspapers

On behalf of Delfi.lt, Deputy Editor in Chief Kęstutis Cemnolonskis

On behalf of TV3, Head of News Sigitas Babilius

Rasa Karmazaitė, Chairman of the Board of UAB Lietuvos Rytas Group

Šarūnas Černiauskas, Head of the Siena Center for Investigative Journalism 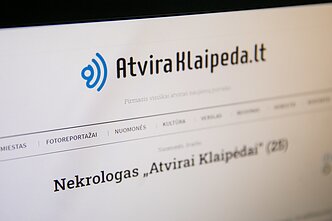 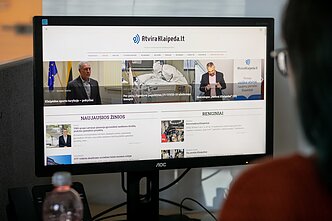