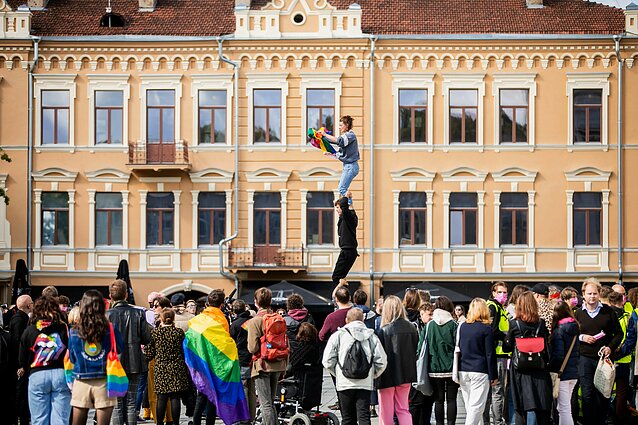 The police detained 22 people during the Kaunas Pride event in Lithuania’s second largest city on Saturday. The authorities have now launched five pre-trial investigations, including one into incitement to hatred.

Kaunas Police said on Sunday that a person was detained for filming and approaching the event’s participants and inciting hatred by swearing, insulting, and mocking them.

Two people were also injured in an incident that took place around 15:00 on Saturday after the march had finished. A smoke cartridge was thrown into the hood of one man's jacket, while the other man was hit.

A person, born in 1992, was detained, according to the police.

"We are glad that the march in the city went smoothly, without any major incidents," Kaunas County Police said in a press release, according to the Baltic News Service.

Twenty-two people aged between 18 and 53 years were taken to police stations on Saturday and sixteen are facing fines of up to 140 euros for administrative offences, such as being drunk or drinking in public, disturbing public order, or failing to obey police orders.

"The officers thank the citizens who expressed their position peacefully, respectfully and without violence," it said.

On Saturday, over 2,000 people gathered for the first LGBTQ+ pride event in Kaunas. Scuffles broke out with counter-protesters, who blocked the path along Laisvės Avenue, threw eggs, hurled insults at the LGBTQ+ community, and clashed with the police. 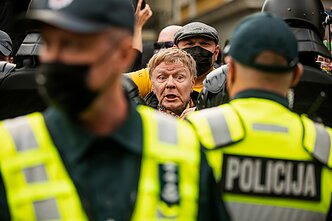 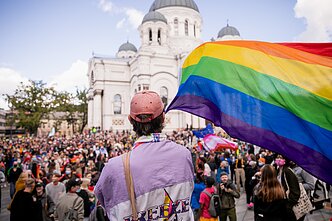 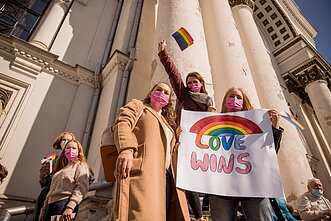