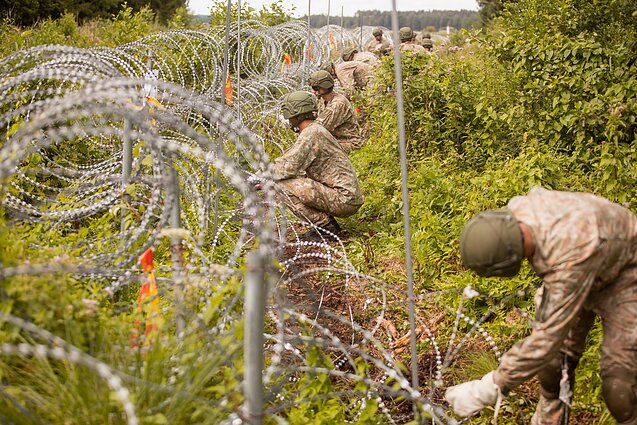 Construction of a barbed wire fence along Lithuania's border with Belarus / D. Umbrasas/LRT

An officer of Lithuania’s Fire and Rescue Department was fatally injured at the border with Belarus on Tuesday, the Ministry of the Interior reported.

Egidijus Karla, 47, was injured during preparations to install a barbed wire fence, the ministry said in a press release.

The statement did not specify the cause of death. Karla was clearing bushes with a chainsaw.

Paramedics called to the scene could not save the officer’s life.

“This came as a shock to all of us. The officer died while performing his duty, helping to strengthen the protection of the state border with Belarus. I extend my deepest sympathies to the victim’s family, friends and colleagues firefighters and wish the community of firefighters to stay strong and focused at this sad time,” Interior Minister Agnė Bilotaitė is quoted in the statement.

According to the ministry, the officer had been working as a firefighter for 25 years.

Lithuania is building a fence along its border with Belarus. Installation crews are manned by military servicemen and employees of the Fire and Rescue Department. Paramedics will be present at the site of works from now on, according to the Interior Ministry.

Lithuania has decided to build the physical barrier at its border with Belarus following an unprecedented influx of irregular migrants, which the country says is being orchestrated by the Belarusian regime. 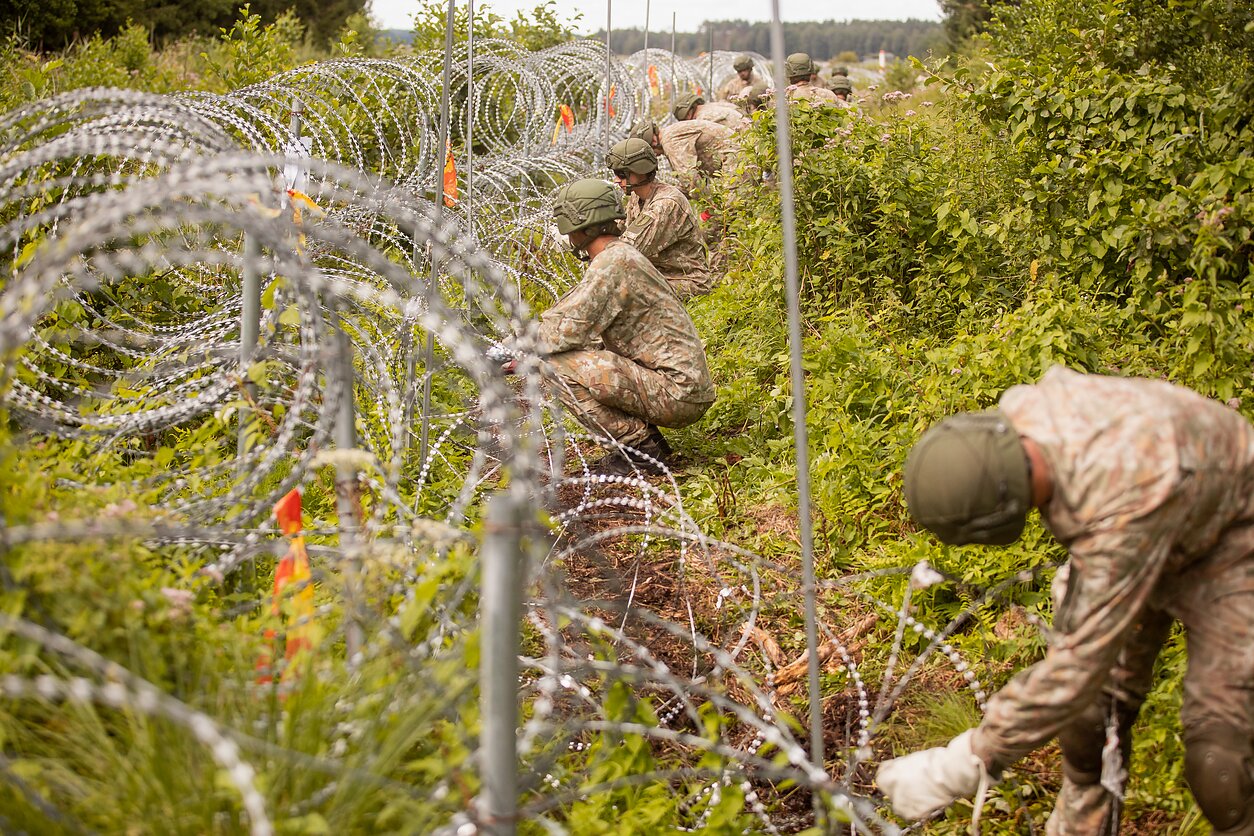 Construction of a barbed wire fence along Lithuania's border with Belarus
1 / 1D. Umbrasas/LRT