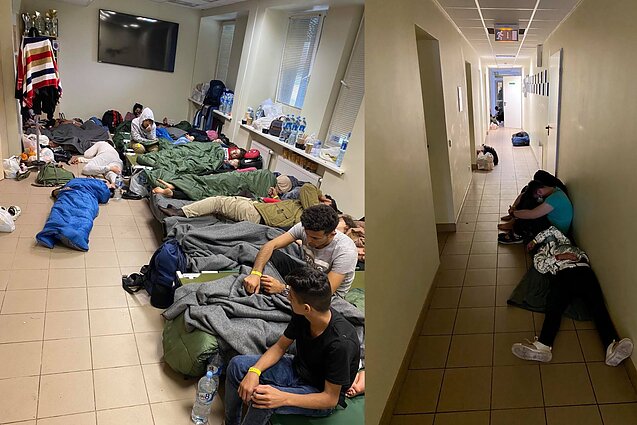 A report by the Lithuanian Red Cross obtained by LRT.lt has documented alleged human rights violations amid the poor living conditions in migrant centres.

According to the Red Cross, the conditions observed at two frontier stations in Druskininkai and Varėna districts showed that there were “gross violations of human rights” as well as EU laws.

During a visit on July 21, the Red Cross recorded 140 people, including at least 24 children under the age of ten, housed at the Druskininkai centre, which is intended for 137 people.

People of different ethnic backgrounds, as well as male and female migrants, are housed together. Some conflicts have already arisen among different groups in both centres.

In Druskininkai, families and some single males are accommodated in smaller tents without electricity or air conditioning.

The Red Cross also recorded cases of scabies and other dermatological diseases. Detained migrants include people with diabetes, various traumas and injuries, while one man was unable to go to the bathroom unaccompanied. 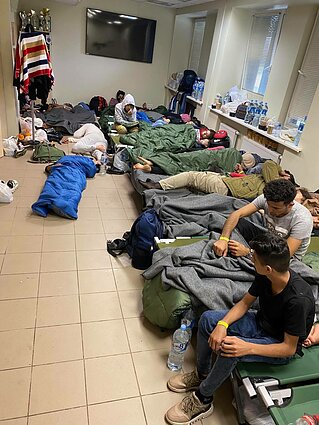 Four outdoor toilets and five shower cabins without locks routinely clog due to various items being flushed down, according to the report.

Women and girls who spoke to the Red Cross said they did not feel safe in the showers and that their privacy could not be guaranteed.

Hot water is also only available sporadically, as the installed boiler is not powerful enough.

“One mother showed bottles lined up by the tent so that the sun warms them up during the day” to be able to wash her children, according to the Red Cross report.

The asylum seekers say their food rations are inadequate, with some asking to buy the extra supplies with their own money.

In Kabeliai frontier station, the Red Cross identified at least ten unaccompanied minors and a pregnant woman living in the same hangar with single males. 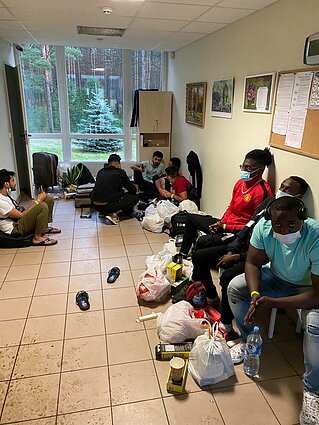 Some women said they felt unsafe and threatened by some of the men.

A number of food rations were thrown out, partly in protest against the type and amount of food on offer, according to some migrants.

Several asylum seekers mentioned that two people collapsed due to exhaustion and “inadequate food supplies” a day before the Red Cross's visit, adding that an ambulance was called to the centre.

Head of the Lithuanian State Border Guard Service (VSAT) Rustamas Liubajevas said on Tuesday that they were unable to ensure “very high” quality of accommodation.

“We are trying to solve these questions by dedicating additional resources from our reserves, additional funding so that we are able to ensure at least basic conditions,” he told reporters.

“Definitely, the criticism from the Red Cross and other non-governmental organisations is very important. However, we live in extreme conditions,” Liubajevas added. 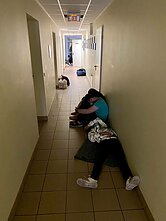 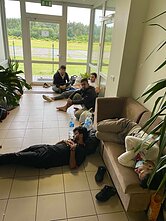 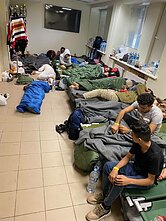 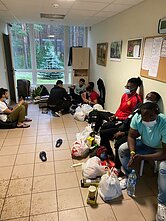 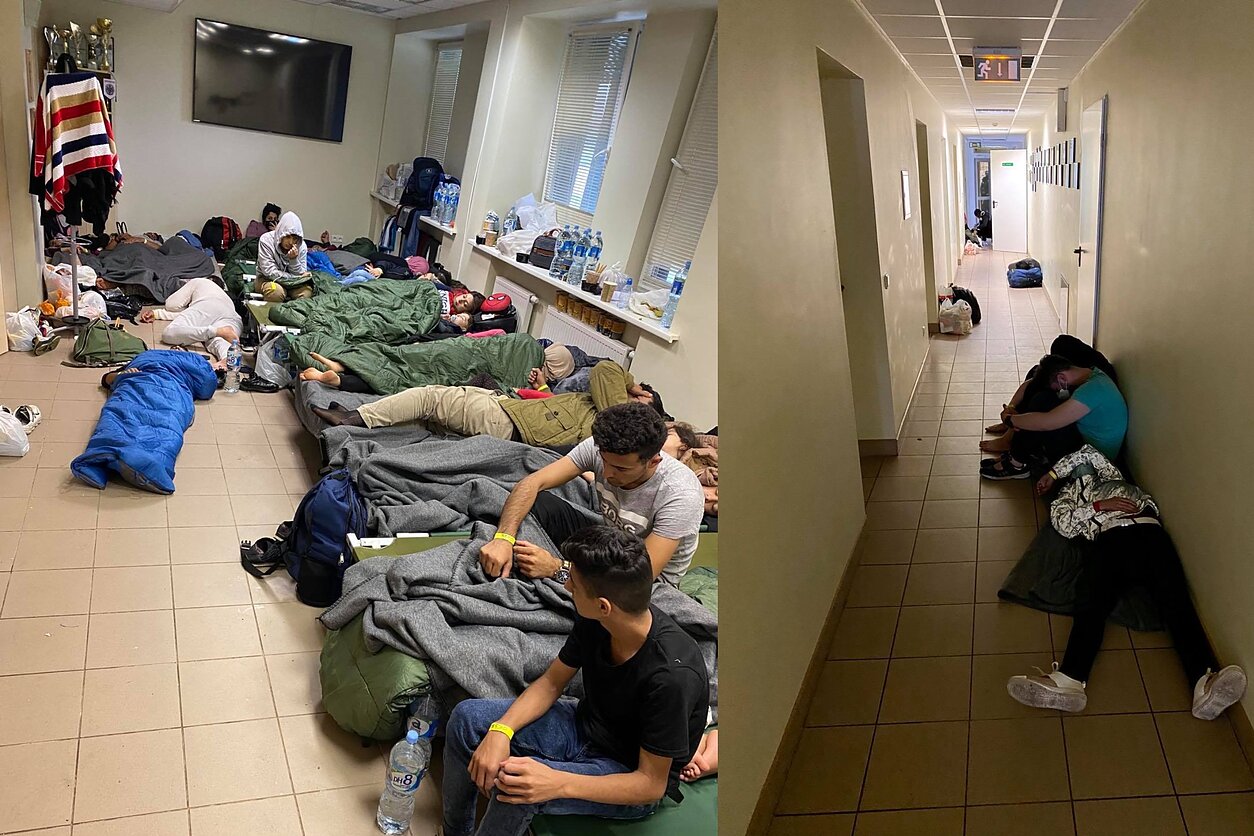 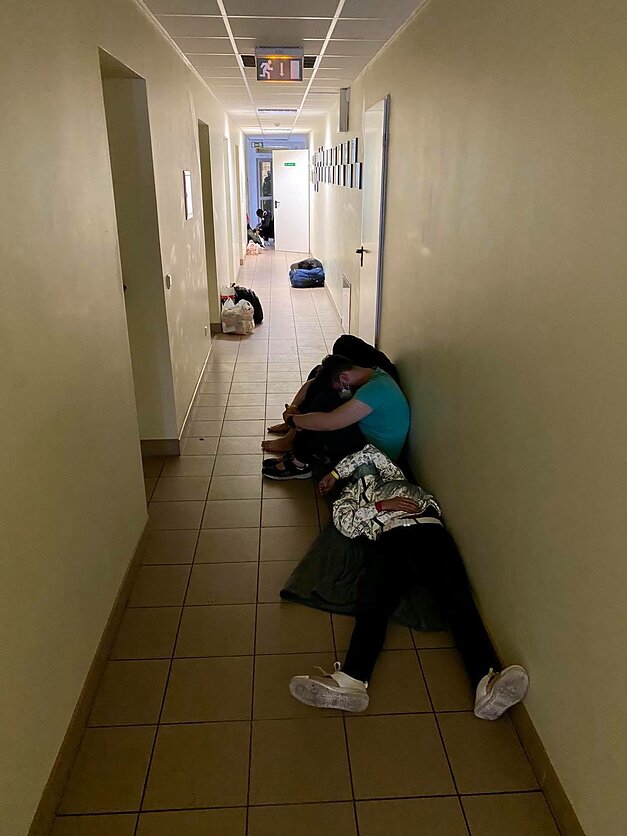 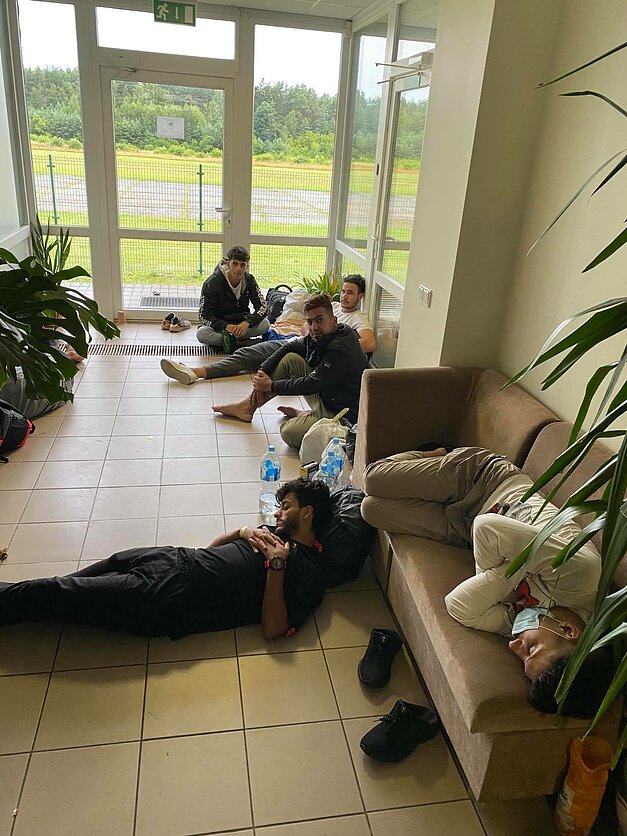 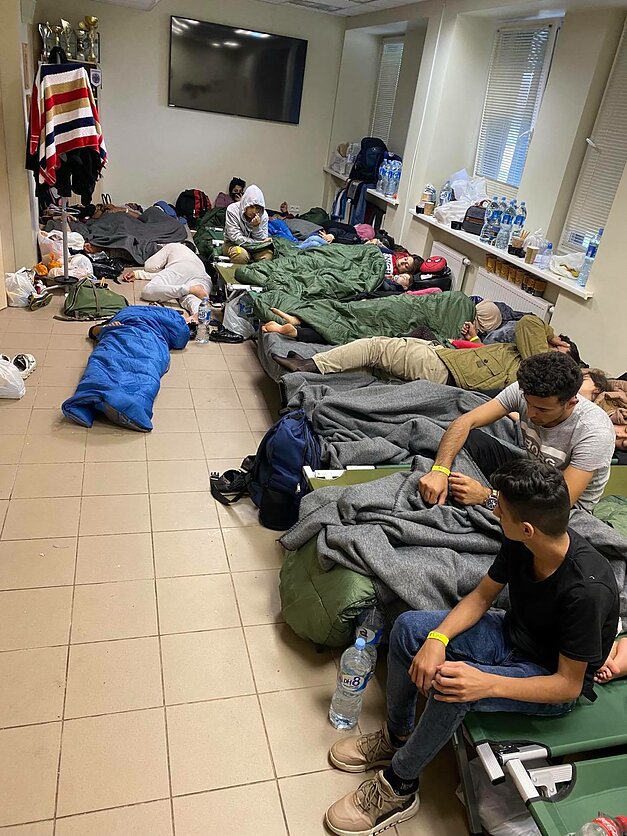 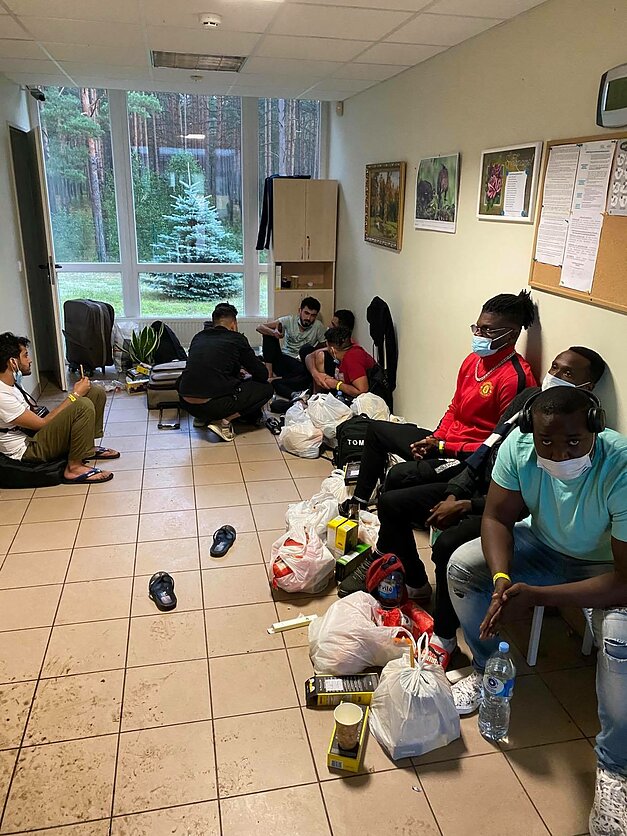